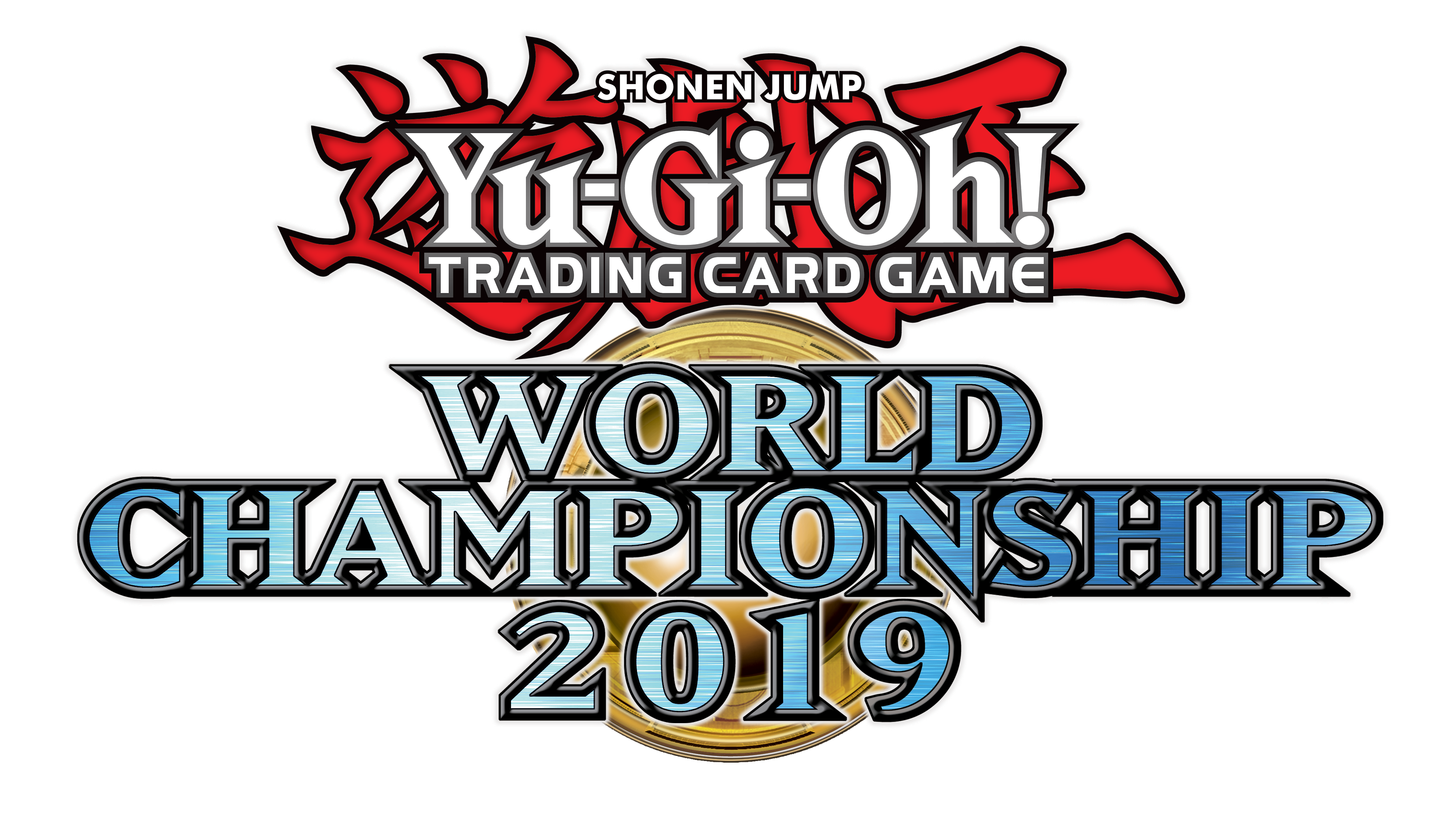 The day of final of the 2019 World Championship of Yu-Gi-Oh! it started like the previous one: in the morning it was occupied by the last clashes, necessary to end the quarter-finals. They were decisive and very tense duels, which defined who would later battle on stage and who could only greet the audience.

In the middle of the morning, however, the names of the finalists of the three categories were announced:

With the exception of the Dragon Duel category, in which the 2018 champion was unable to participate again due to exceeding the maximum age, the other two challenges saw the current title holders reach the final.

Pending the opening of the doors of the large arena (hidden from everyone, including players, until the last moment), access to the official WCS 19 store was made available. They were for sale different gadgets pretty nice but easy to buy online, including Yami Yugi's Nendoroid, Kaiba's Figma and Dark Magician Girl, various cups and posters. 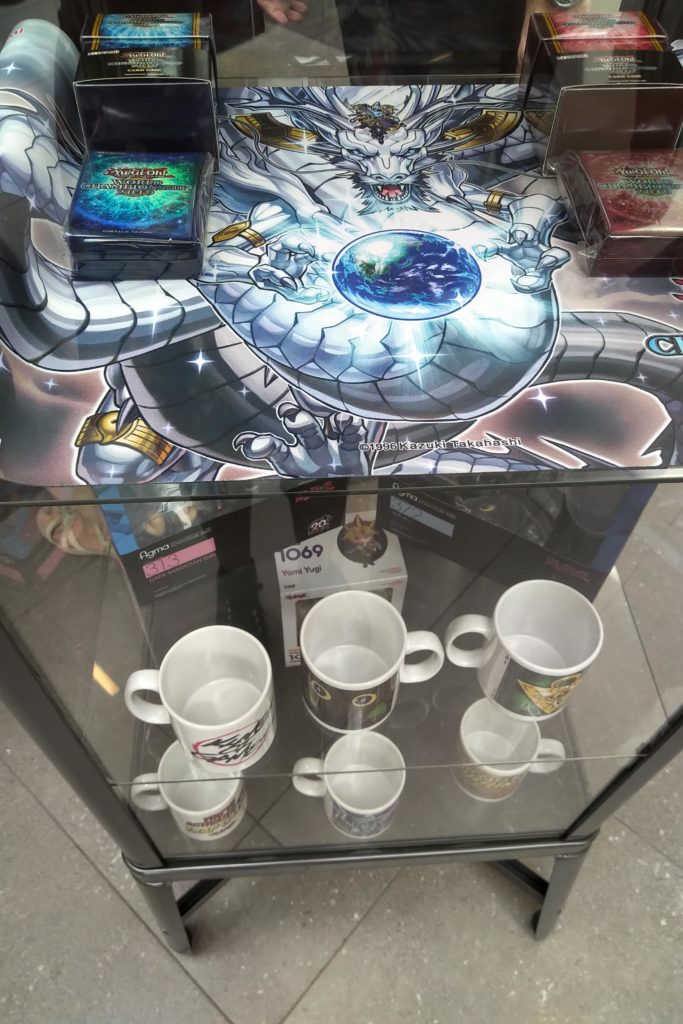 The most interesting object was probably the goodie bag, which included the decks, the protective bags and the WCS 19 mat. The line to grab these purchases was really long and moreover only one goodie bag was allowed per person, to avoid speculation. 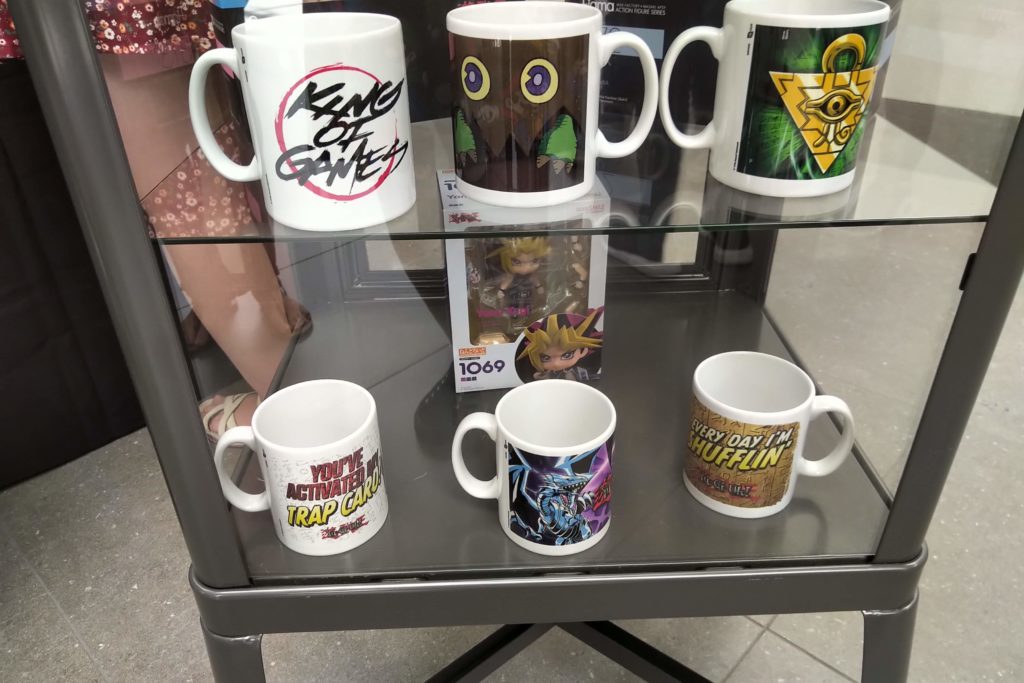 In addition to the aforementioned merchandising, two were presented at the event promotional cards, that will still be available in the official Yu-Gi-Oh! tournaments post-WCS 19 around the world. Limited edition caps and notebooks were instead given to influencers who participated in a parallel tournament. 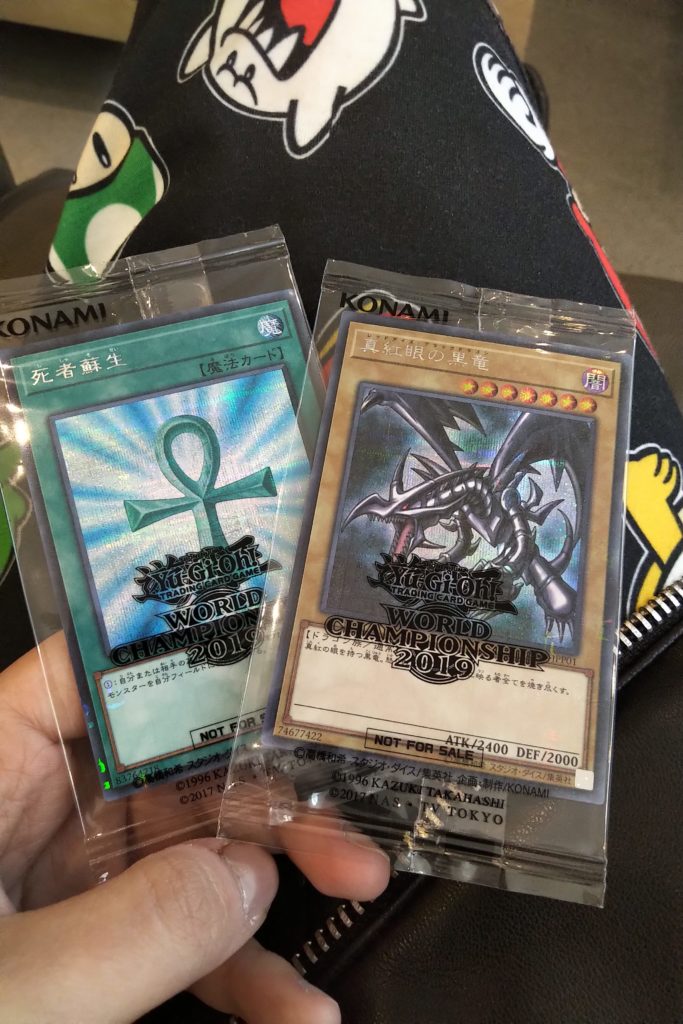 The doors were opened at 13.00, and the public and players entered the big arena. The surprise effect paid off: the impact was remarkable. The large screens and beams of light created an elegant and almost surreal atmosphere. The first hour was occupied by the welcome ceremony, in which the American voice actors by Yugi and Kaiba challenged each other in an organized duel based on the use of their classic decks. Dragons white blue eyes and wizards as if it were raining. The show was fun and the two protagonists are obviously talented, but having seen the anime of Yu-Gi-Oh! in Italian I will never get used to the deep voice of Yugi. Never. 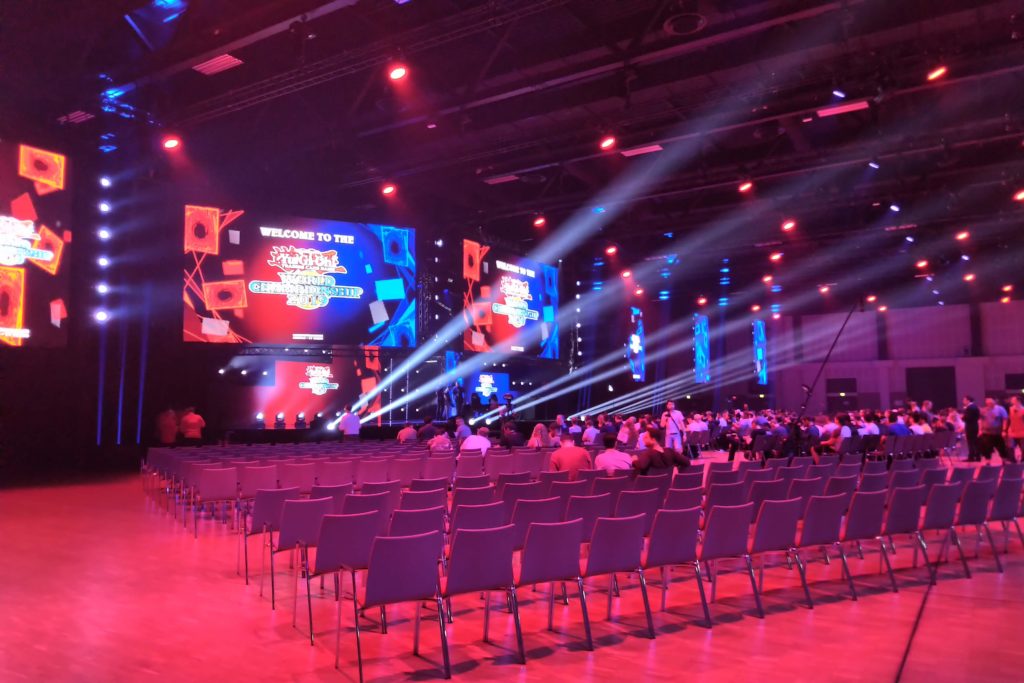 The first real clash was that between Sun Shang-En and Vitus Krogh, the two small finalists of the Dragon Duel category, who in recent days have given a show. In the final they performed in a fairly classic mirror match, using both the deck Salamangreat, by far the most present in the tournament. About half of the players took advantage of it during this weekend, and this certainly does not make the matches striking or too surprising, but interesting ideas may emerge. In this case Sun Shang-En he quickly took control, and won for 2-0 in less than half an hour. 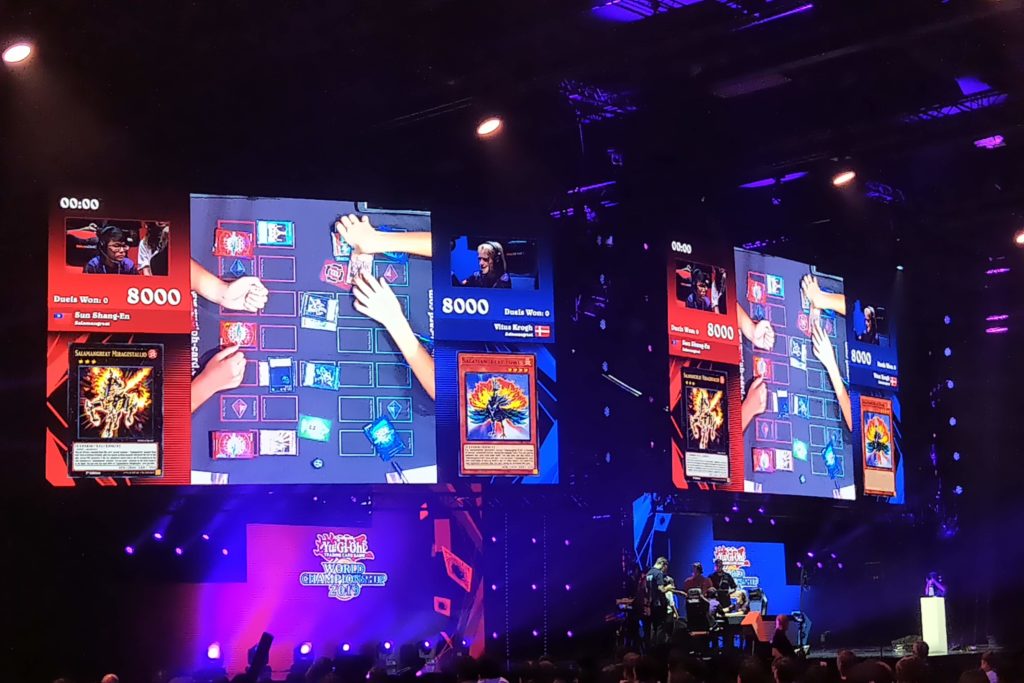 After a short break, they challenged each other Takahiro Amada, winner of the 2018 edition e Shuhei Kobayashi: an all-Japanese challenge. The three matches in a row were won with merit and without apparent difficulty by Shuhei Kobayashi, who thus "stole" the title from the opponent. The decks used were Six Samurais e Magnet Warriors (for both players) e Desperado in the third match for the winner. No big surprise with regards to the metagame, but nevertheless a thrilling clash. 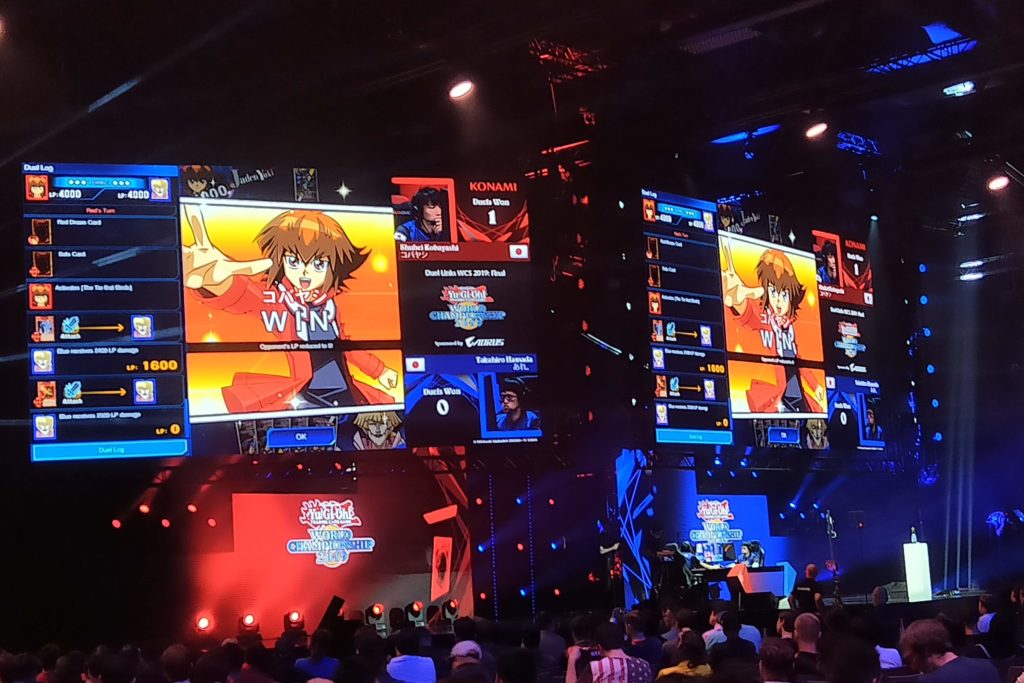 To finish with a flourish, we could watch the clash between Chia Ching Wang , sample 2018 e Kouki Kosaka, both very talented and generally willing to risk. The challenge was another mirror match of Salamangreat, certainly not shocking news. Kouki has changed the theme a bit by taking advantage of three Mind Controls, which allowed him to dominate and win 2-0. 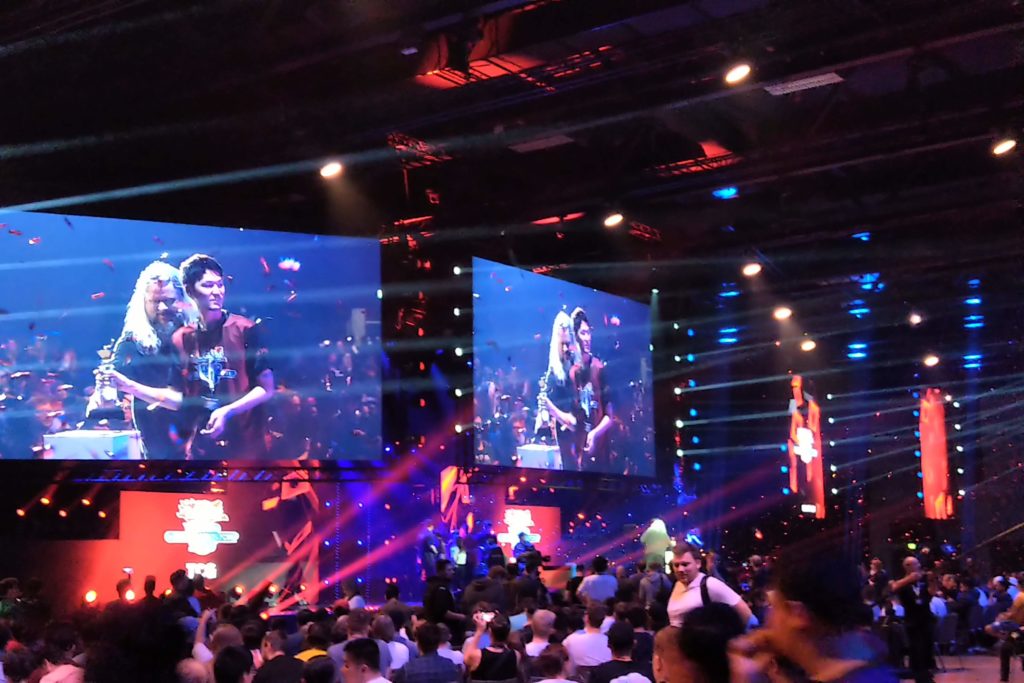 Summing up the weekend, I find that the WCS 19 final was a pleasant event, albeit without big surprises. None of the 2018 champions has won again, and it's always interesting to see new faces triumph. The community of Yu-Gi-Oh! she showed herself quite united and very correct, so it was nice to watch the duels. We just have to follow the competitive in the coming months, to study its (rapid) evolution.

Lamborghini eSports announces the second edition of The Real Race

Overwatch 2, the PvP modes will be 5 vs 5 and with only one tank per team

Hearthstone, all the news of the Year of the Griffin announced at BlizzCon