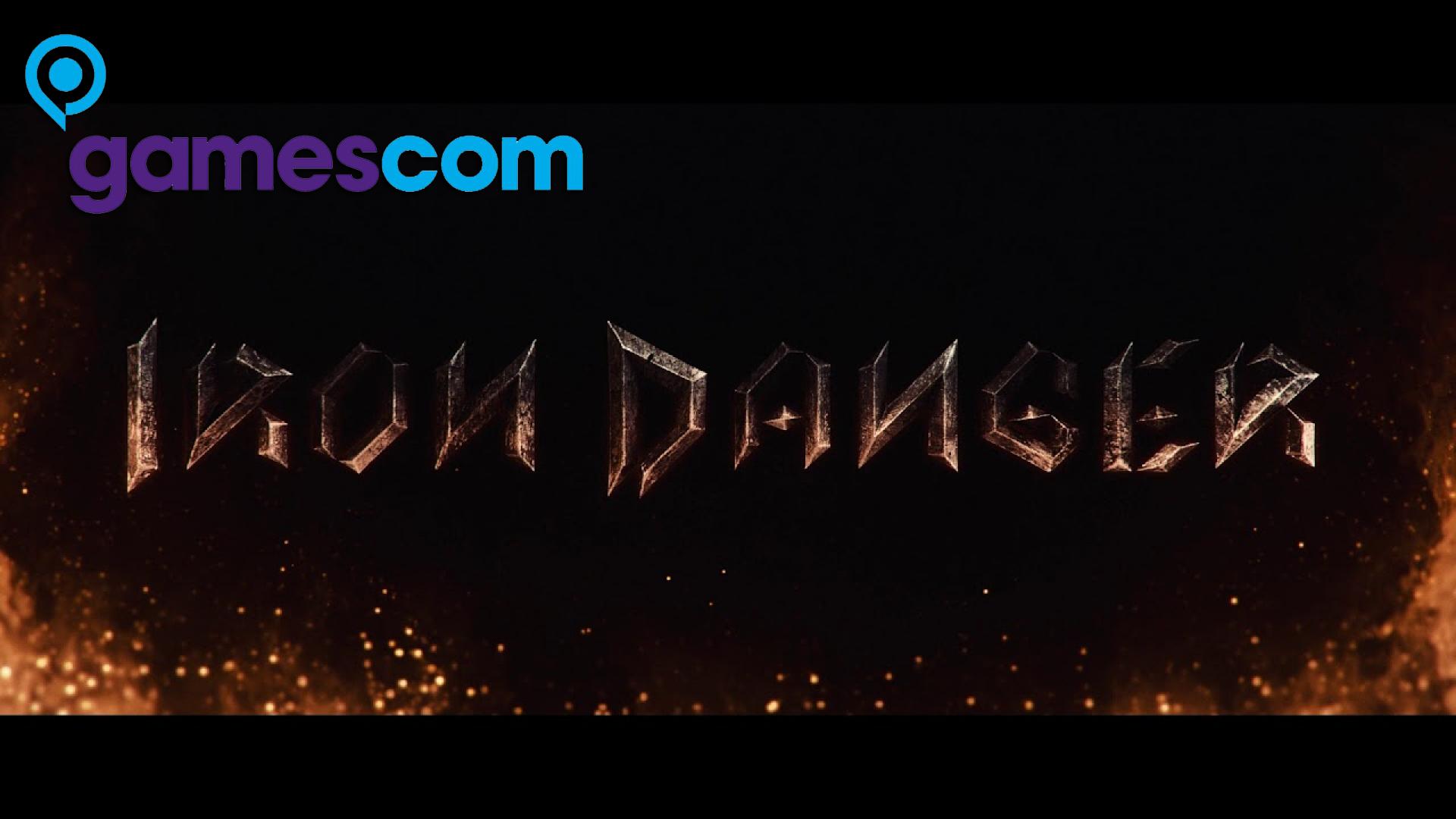 Among the new titles presented at the stand Daedalic Ent., was also present Iron Danger, a game that at first glance seems the most classic of the existing strategic RPGs. A party led by the fire magician Kipuna and by two other warriors who embody the typical jobs of role-playing games, an all-round classic setting and textbook attacks. However, the game offers a hidden secret that exponentially increases its originality and its potential as a tactician: time control. 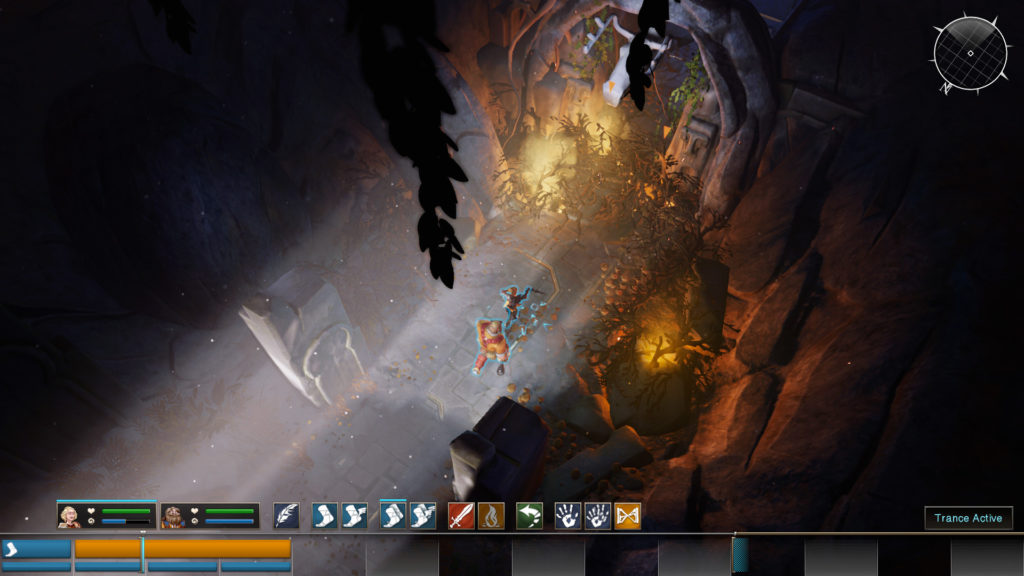 In Iron Danger the actions do not cost shifts, but heartbeat, that is heart beats. Walking towards a point occupies a certain number, while executing an attack can be longer to complete. This system creates the basis of the mechanics exploited by the protagonist Kipuna, who is able to turn back a few seconds and rewrite your actions. I am convinced that at first reading you do not find anything extraordinary: at the beginning I was not particularly impressed either, since many titles exploit temporal abilities. In reality, however, there is a lot of meat on the fire, very much indeed. Iron Danger puts us in front of challenges that are simply impossible to overcome with our own strength: enemies, especially robotic ones, are much stronger than us. Therefore it is necessary to sharpen the ingenuity and create the "Perfect strategy", completing a sort of mental puzzle of actions to be performed in sequence. In the gameplay played by the developers we found ourselves in front of a fire-breathing mechanical monster, surrounded by aggressive riders, and given its resistance to our flaming attacks, we were forced to set up a trap. Therefore we hid in a bush, we placed incendiary barrels, then attracted enemies at that point with a spell and then threw an arrow to trigger the bomb. 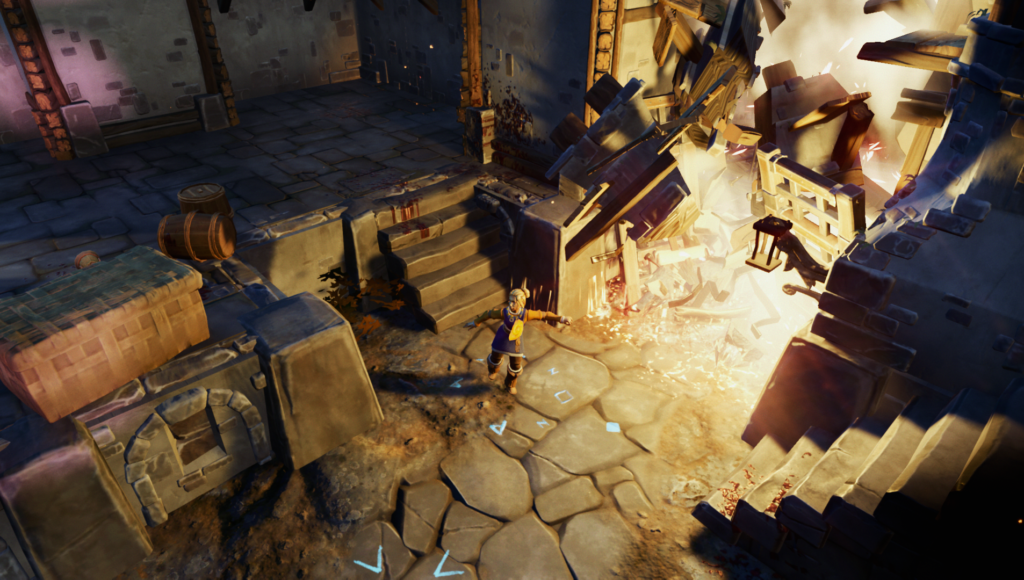 What appears to be a perfect and well thought out plan has actually required numerous e numerous rewinds: every time something went wrong. Maybe the bombs didn't explode in a coordinated way, or our ally was positioned too close to the explosion, or the enemies didn't get close enough fast. There was also the possibility of succeeding in the ambush but to be killed later by a wandering arrow or by other adversaries alerted by the sound of bombs. Each new attempt forced us to rewind and perform the last two or three actions, modifying some small details to get the desired result. 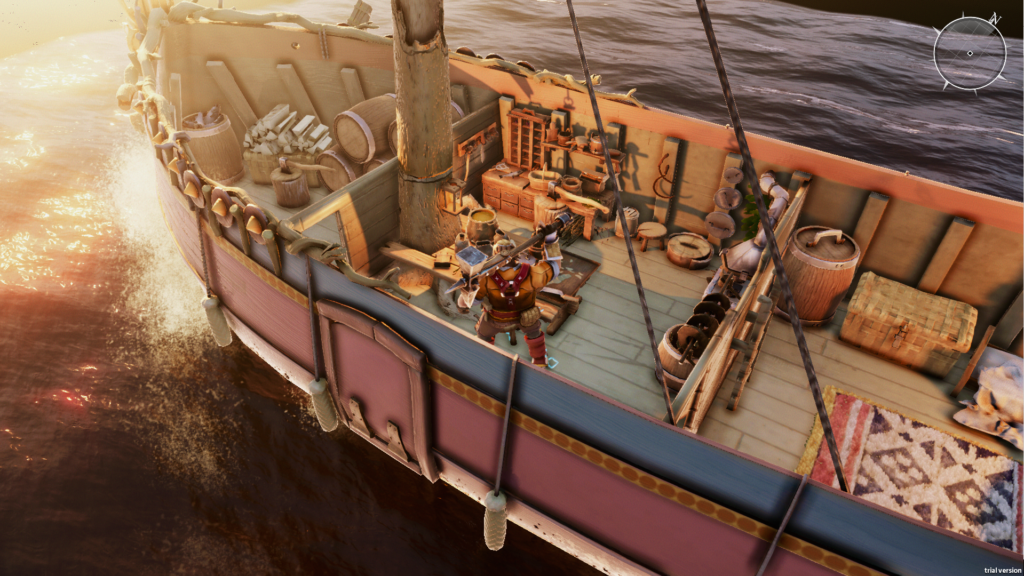 To make matters worse, the time-lines of our two party heroes are separate: canceling the actions of the protagonist does not necessarily mean canceling those of our partner. This means that there are infinite combinations of turns that we can create to win battles, some perhaps ended in tragedy. At the end of a fight, the game actually lists the number of enemies we have killed but also that of our hypothetical deaths, avoided by temporal utility. In addition, the time spent in reality is also shown, compared to the speed of the actual action experienced by enemies and allies (who are not aware of our bewilderment): a half hour of actual gameplay allowed us to emerge victorious from a battle of 4 or 5 minutes. 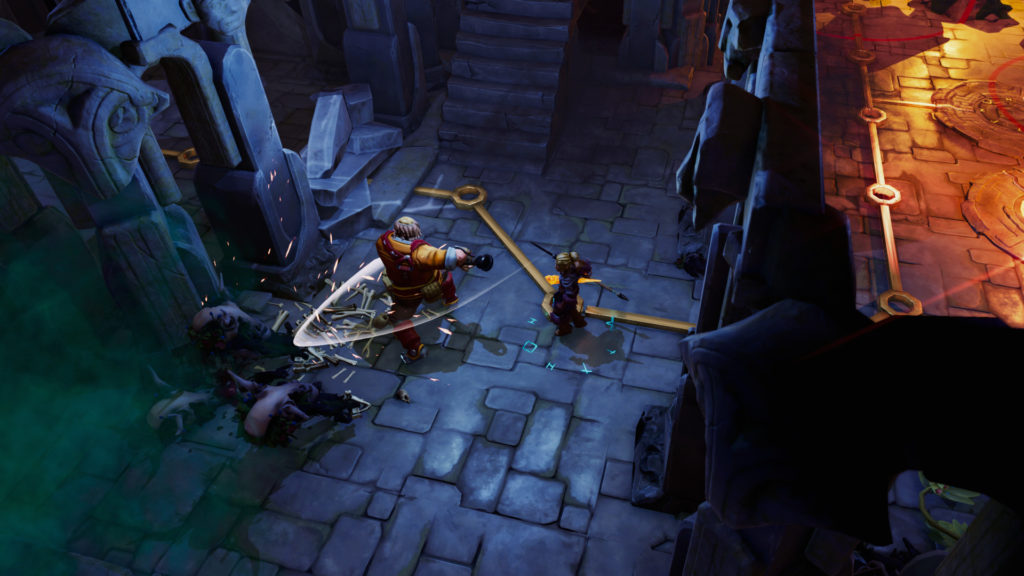 The motto of the game is perfectly explanatory of this mechanic, and reads more or less like this: "You will die, but you will not fail" . Thousands and thousands of parallel timelines with horrible deaths are created, and then rewritten, every minute. All thanks to the mysterious power inherited from Kipuna. 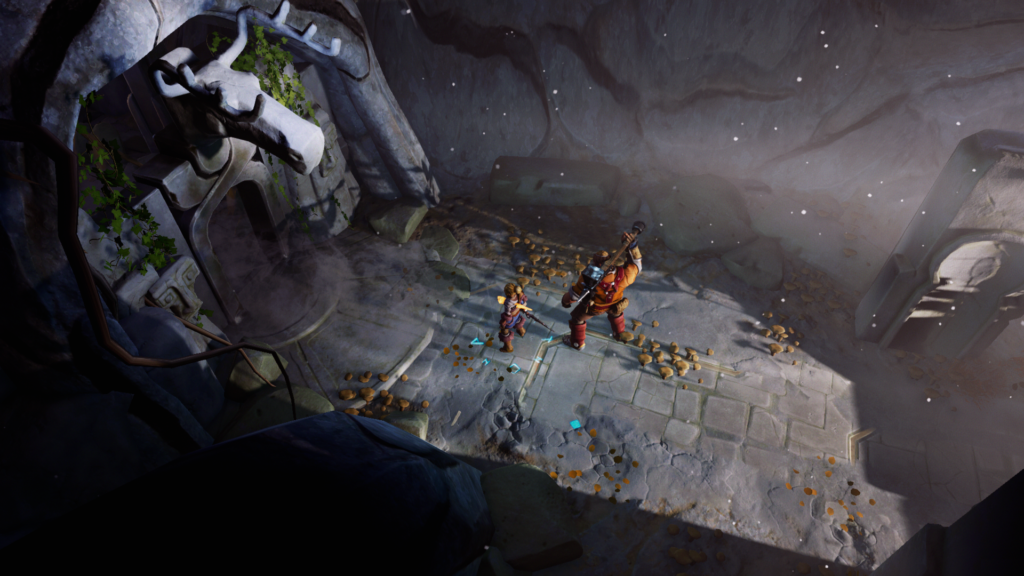 Surrounding a frankly brilliant gameplay, we find a very classic setting, but well made and full of details. The game world is a fusion of historical fantasy Tolkenian and steampunk, thanks to the addition of robotic dangers. The character design, unfortunately, is much less inspired, and I find that the title of the game does not do it justice, appearing a bit "generic". Even the ad trailer is not able to show the potential of Iron Danger, which is actually the tactician of tactics, the strategic +++, because the one where we can create infinite time-lines just to win our fights.

The only thing missing? The replay of every action that can be loaded on youtube is currently absent, but has been requested by so many players that could be added. We therefore look forward to news on a title that could give a heart attack to tactical lovers: getting the perfect play can steal our sanity. Iron Danger is designed for PC, Xbox One and PlayStation 4. In case you are curious, there is also one graphic novel.