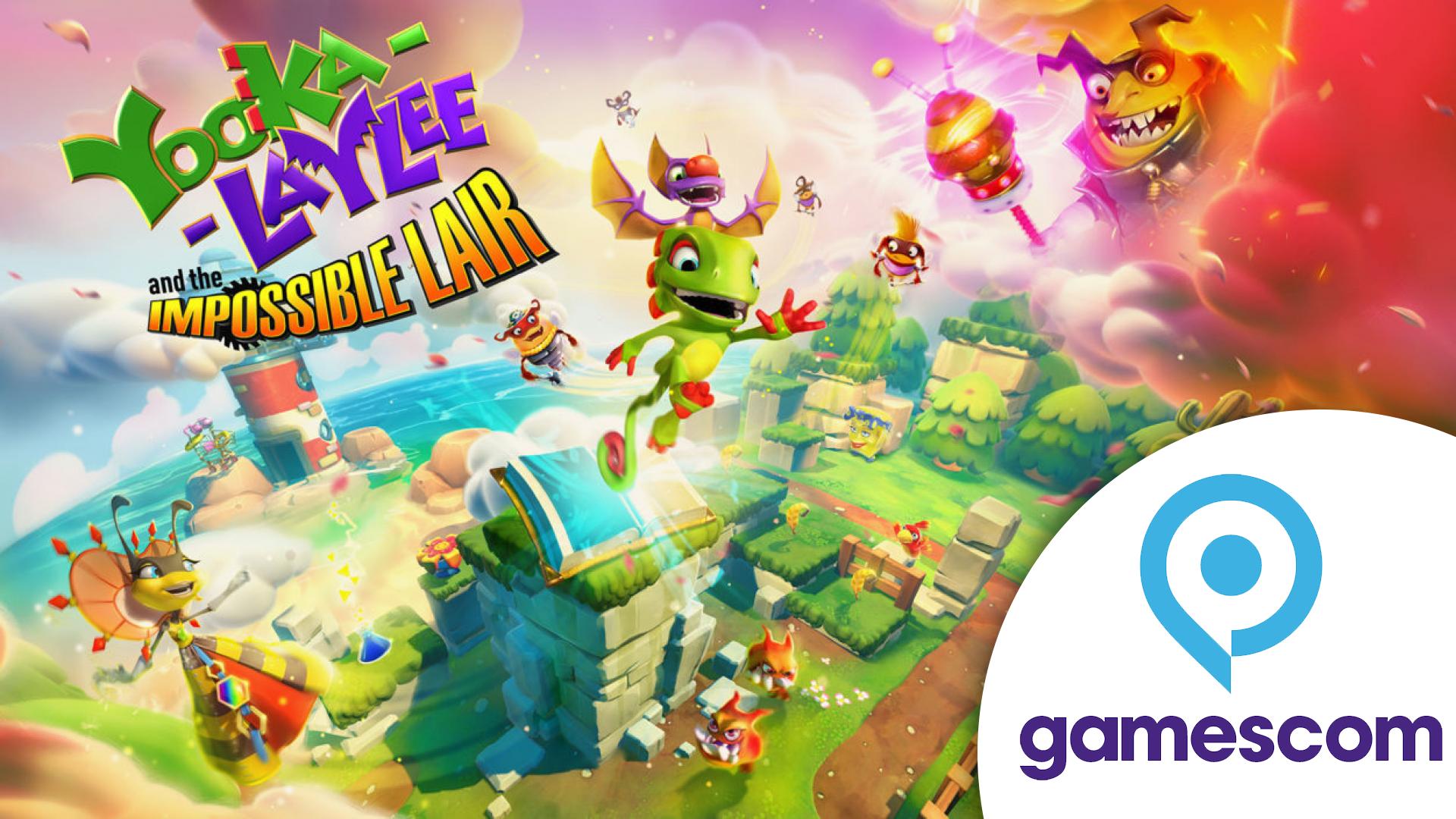 After the debut with reserve of the first Yooka-Laylee, Playtonic Games proposes a new adventure of the unlikely chameleon and bat duo making a step back on the dimensions. With The Impossible Lair we return to the origins of the genre, in a two-dimensional platform that reserves an 3D interaction only in the level selection map. The game could be played with hand Microsoft booth of gamescom, which as usual was one of the largest, and dedicated ample space to small indie pearls. 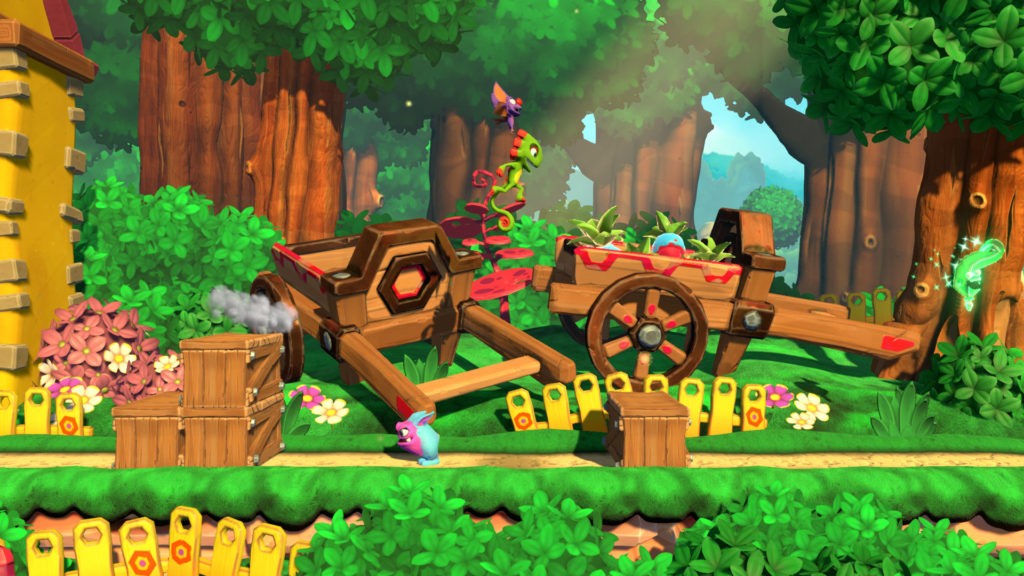 If the first chapter was a clear tribute to Banjo-Kazooie, in this it appears clear the influence of Donkey Kong Country, another acclaimed Rareware title, right from the very first moments of the game. Not that this is a flaw, but sometimes it seems like playing a "repainted" version of the original 16-bit, since some moves are similar. Also the movement patterns of the enemies, and the elements present on the screen all seem "already seen". 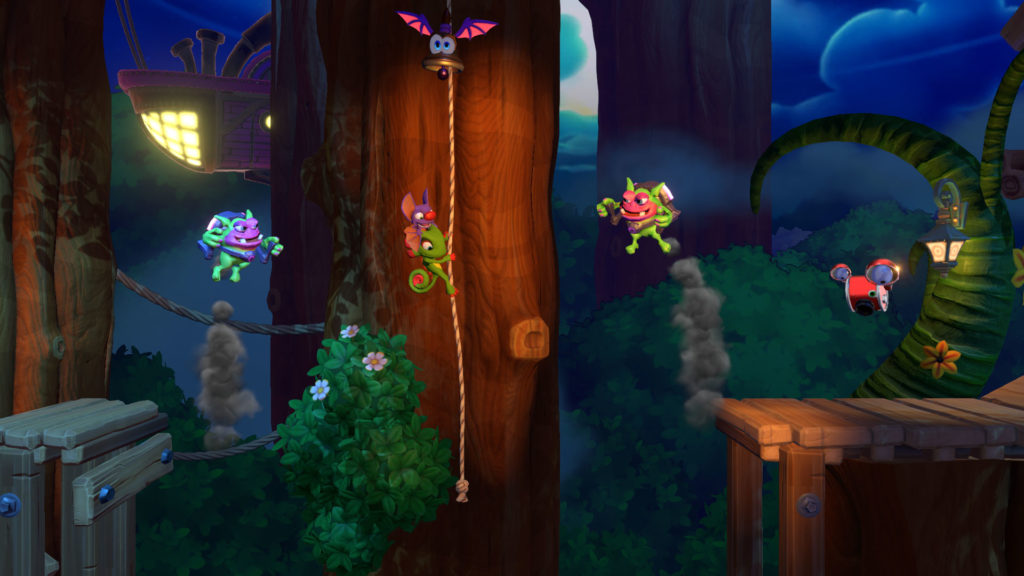 The gameplay is still good, although it can be improved in terms of inertia of the protagonists, who tend to move in a slightly woody way, especially at the beginning of a movement. Difficulties that are anything but insurmountable, and once the necessary measures are taken it is possible to move easily.

Lo graphic style is promoted without reserve: cartoonish and colorful, it's a pleasure to play. In this respect, the transition to the two dimensions has certainly benefited. Minor enthusiasm for the sound compartment, a little anonymous. Music and sound effects accompany the action decently, but unfortunately they stop there. 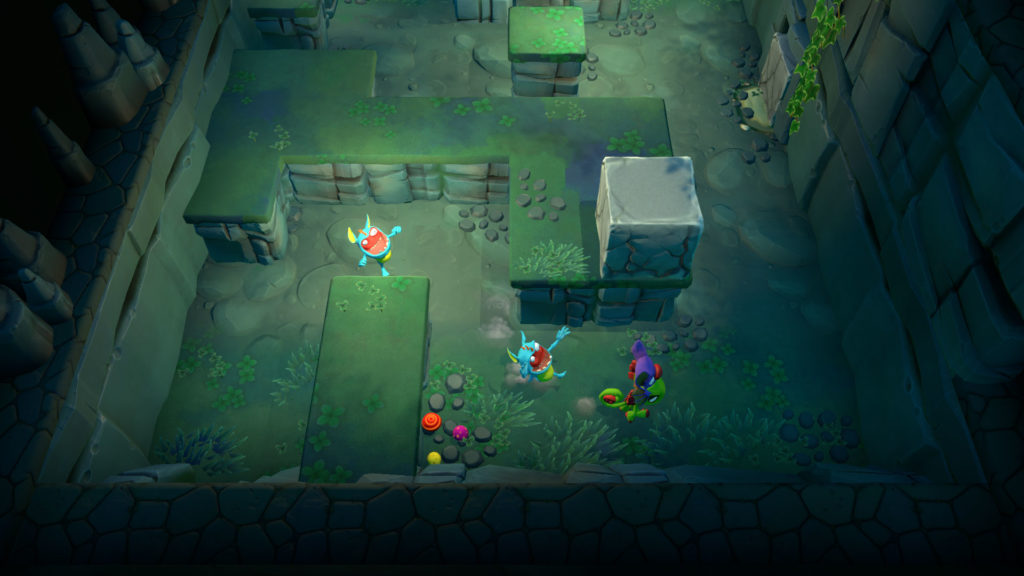 The big unknown around the title lies in how the complete product will be able to be attractive and attractive. It will hardly be a bad game, but that quid that elevates it in a desirable way could be missing. Even his predecessor suffered from this problem and the verdict fell on the individual players: some appreciated and loved him, others rejected him without any fuss. The sentence of appeal therefore risks being the same.

Lorenzo Damiano - February 21 2020
After the eventful launch of the standard Vive Cosmos model, which took place recently, HTC has decided to expand the product line with three ...
News

Lorenzo Damiano - February 21 2020
When it comes to exploring new technology fronts and experimenting with the latest news, Microsoft is always among the top ranked. This time,...
TechRadar