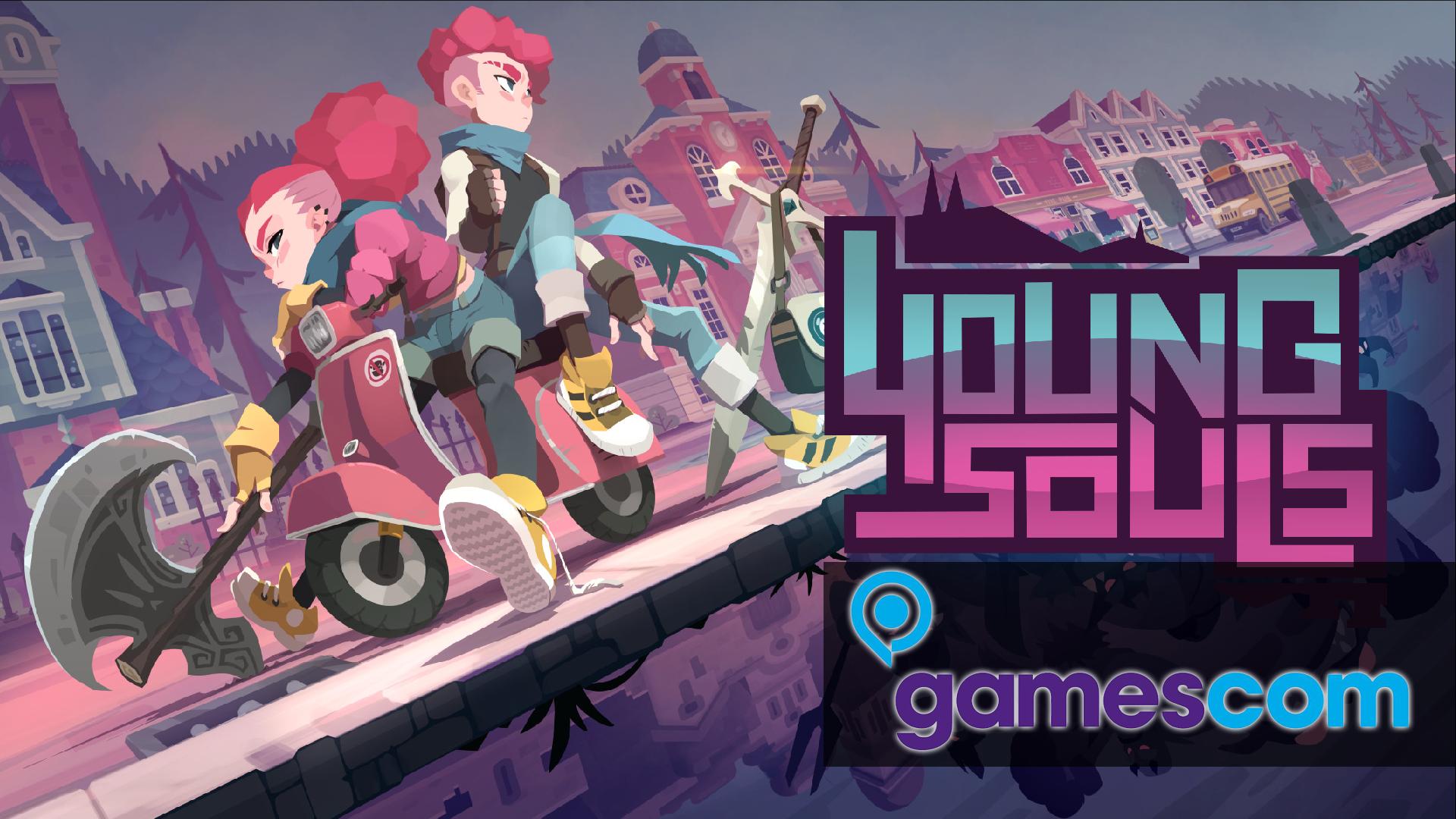 Among the The Arcade Crew proposals during gamescom 2019 presents itself Young Souls, developed by 1P2P Studio. What is striking at first glance is the graphic style, very clean and exquisitely hand-drawn. The action itself seems quite canonical, a scrolling action game, almost a fighting game, in which we face one enemy after another until we reach the boss at the end of the level ... but something doesn't come back. There is no overlapping bar, no indicator, just some dialogue between the two protagonist brothers. Dialogue that ends when they realize they don't have a way to damage the boss. It was all a flash forward. 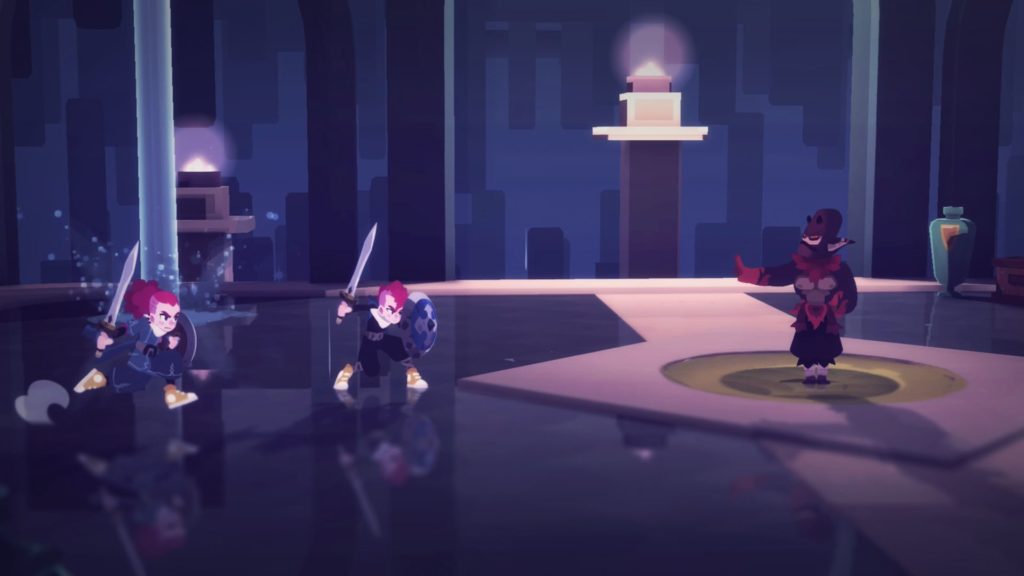 With this narrative expedient we are then brought back to the beginning of the story, to understand how we got to that point. Our town, which now appears lively and full of life, seemed a place forgotten by man, crumbling and full of goblins. The two young brothers knew their stuff, while now they are normal teenagers, a little fed up with the monotony of their days.

The passage of time, day after day, is what marks our activities. In the morning you choose your own clothing and you can go around the city, among shops and other activities. A normal daily routine that we all have experience with. Things change when we discover that the subsoil hides a portal for another dimension and that peaceful provincial life is at risk, to put it mildly. 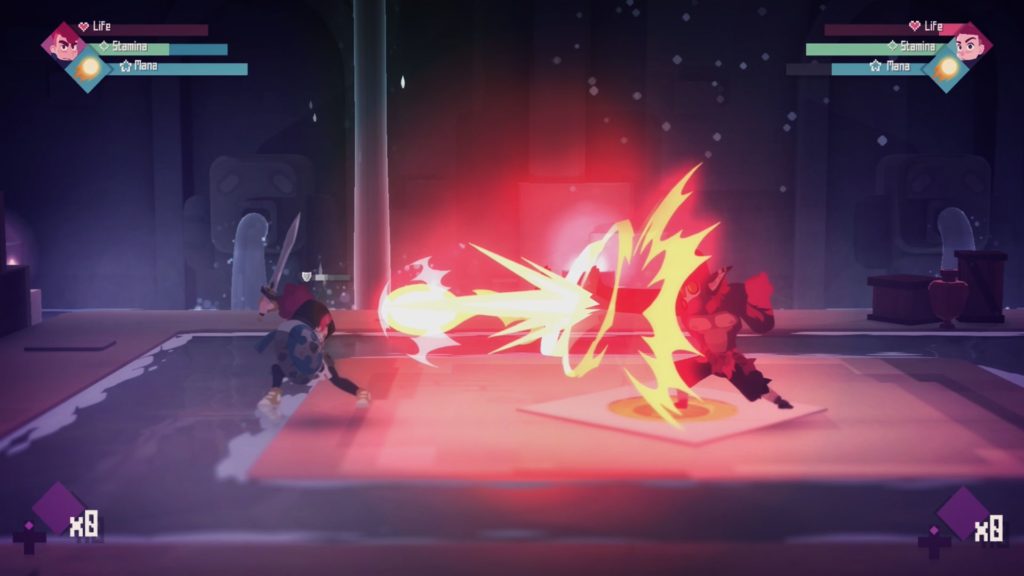 The moment you enter the goblin world, the stage of the day goes by at night. In the city the shops close and you can start facing the dungeons. The RpG elements of the game thus appear: in addition to the equipment, it will become of fundamental importance to remain trained in the skills acquired during the previous days. Furthermore, as the game progresses, new shops and activities become available, both in the city and underground. There are also some special events that take place only on certain days.

Experience points are collected at the end of the day, and this marks the progress of the game. There is no limit to dungeons that can be faced in a session, but since the difficulty of the dungeons is incremental, after a while it becomes virtually impossible to overcome them, if you don't go home to sleep, train, shop and upgrade the new equipment. 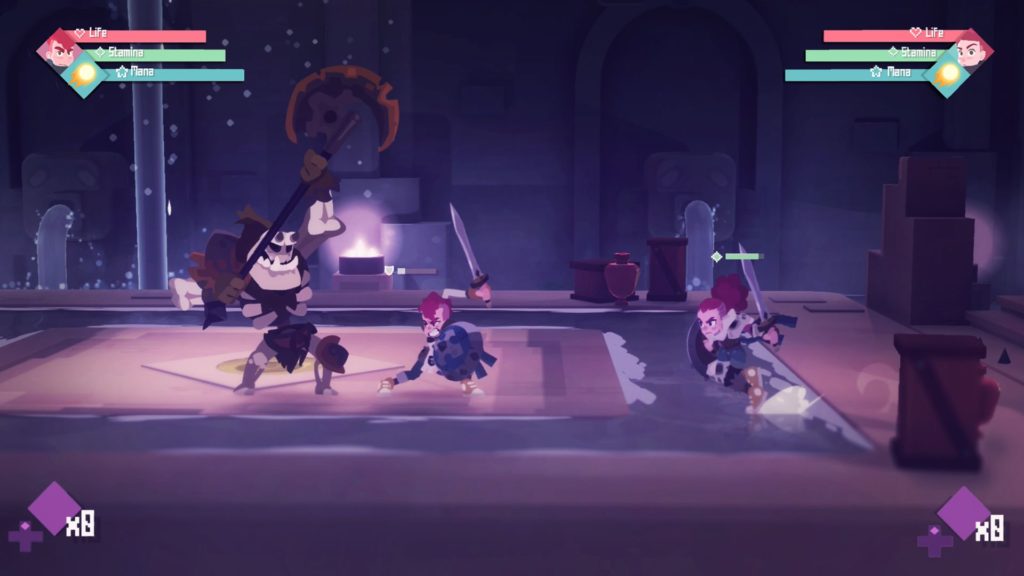 The gameplay in the dungeons confirms what we saw in the flash forward and it is strongly oriented towards cooperative use. You can also play alone (with the help of the CPU or the possibility of changing manually between the two protagonists), but you have the impression of missing something.

Young Souls amazes how one piece reveals itself at a time, hiding a large amount of content behind a deceptively simple presentation. All topped off with an elegant direction with soft lines, but at the same time raw and striking to play on the right balance of tension.

The game is still in an intense phase of development, such that there is no certainty either of a release date (certainly not before next year), or of the supported platforms. The developer expressed his willingness to get it out on every platform, but he didn't want to go too far. As seen, however, the road is already very well traced, and there can only be optimism towards a title that could amaze a lot.