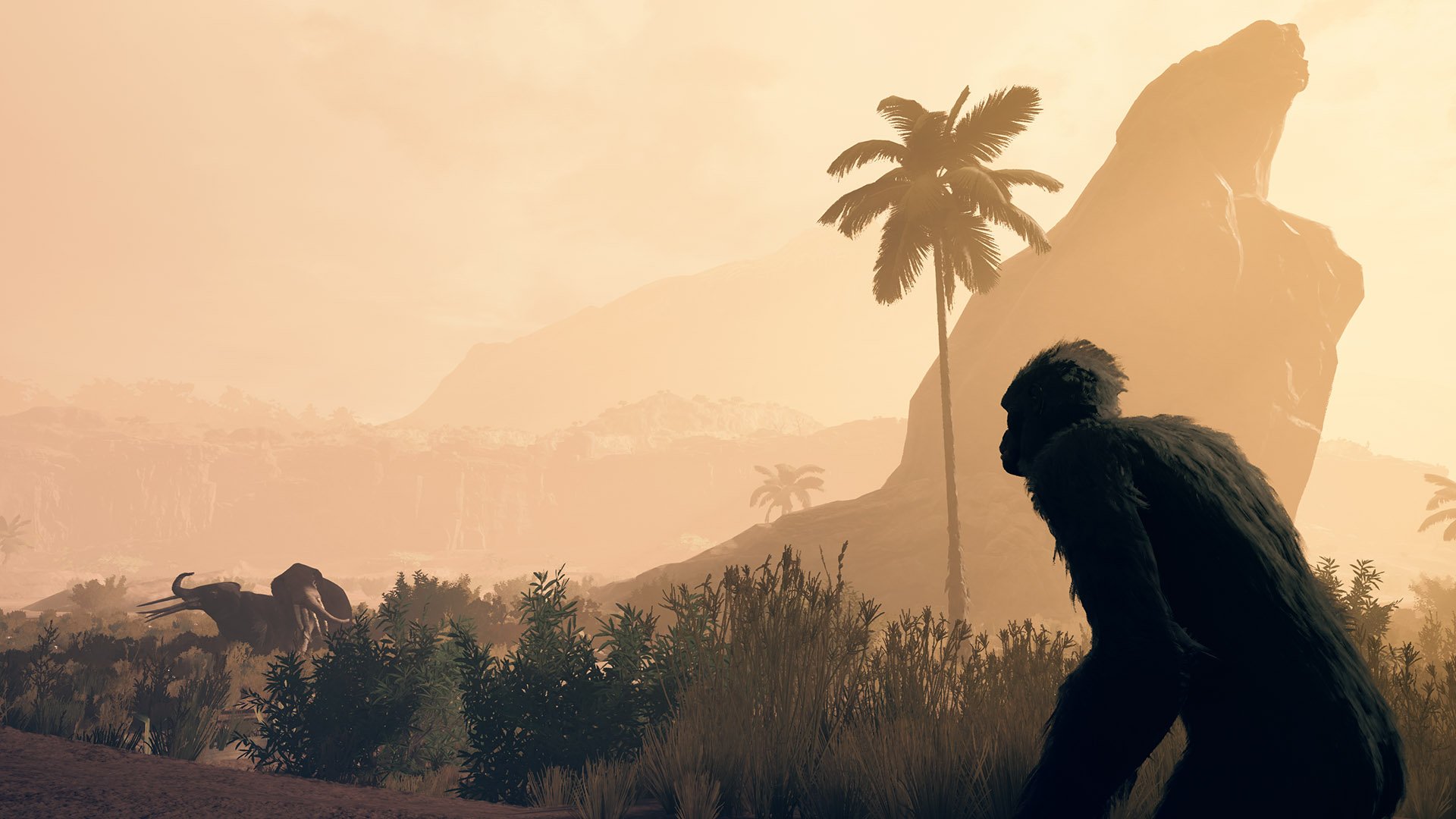 During the gamescom 2019 we had the pleasure of meeting and interviewing Patrice Désilets, the creative mind behind the first three Assassin's Creed titles. Patrice founded in the 2014 the Panache Digital Games, Montreal studio that has worked on the first project in recent years, or Ancestors: The Humankind Odyssey. His great experience and creativity is known to all, and the chat was a real pleasure. 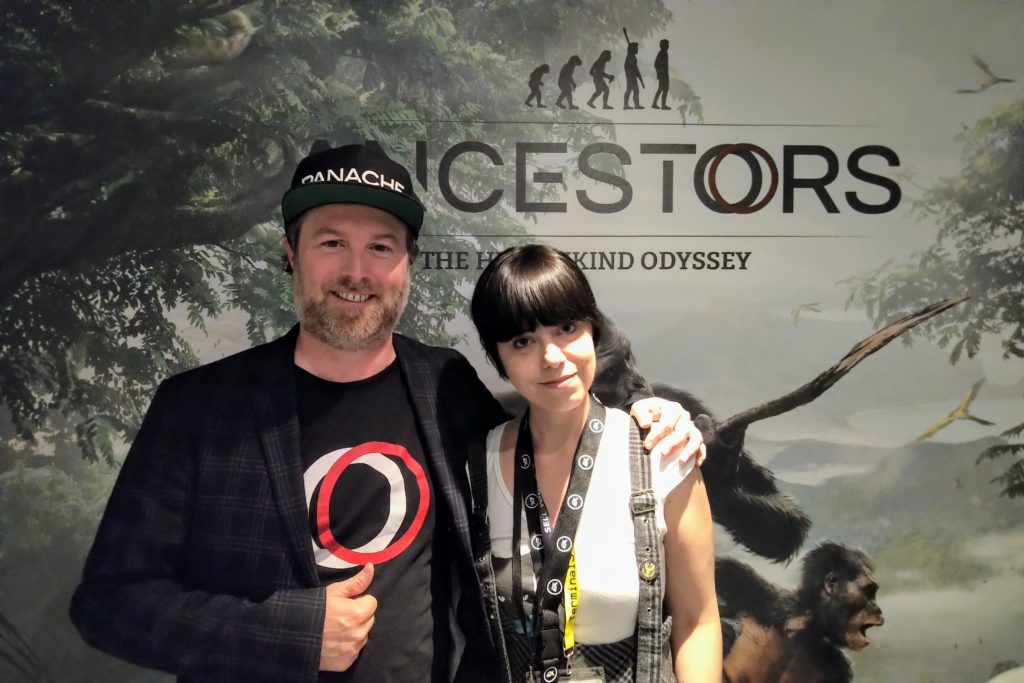 Let's talk about Ancestors. Meanwhile, congratulations, it looks like a magnificent title. What is the first emotion you would like the player to feel when starting the game?

At the beginning I would like the players to understand that it will not be an easy task. Africa is there to eat them. They must be at least a little intimidated.

Yes, but don't be afraid of the "aargh" type! They must understand that it will be difficult, because they are prey. Yes, you are a prey and the goal is to become a predator, which is what we are at the moment. We are the worst predators on the planet, so much so that we are destroying it completely and we don't know how to stop. But later on I would also like them to become fond of monkeys. 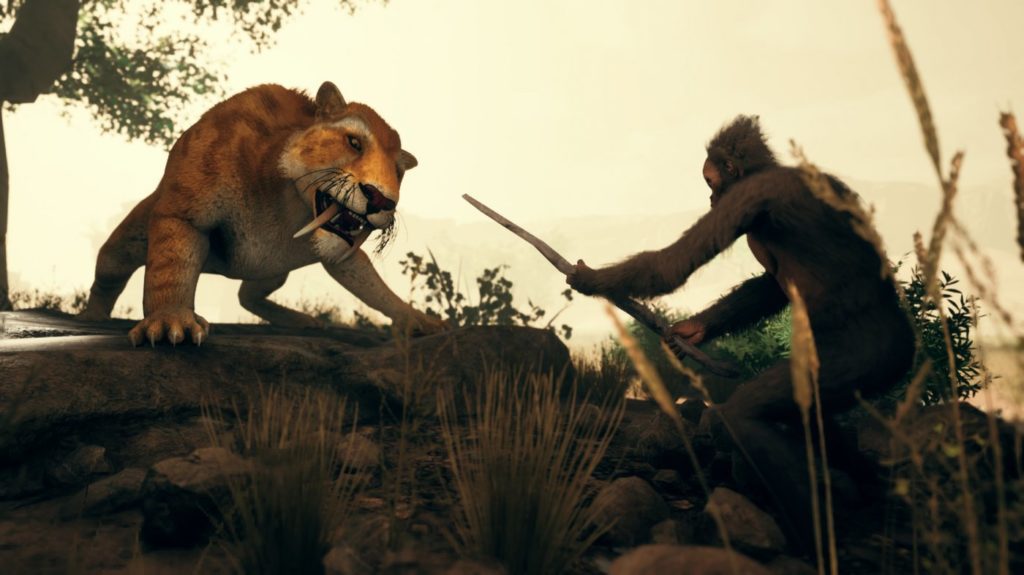 About the primates: Ancestors is a survival, but the monkeys seem really fragile. How did you combine the two factors?

In a sense it goes hand in hand. You are not alone: ​​you are a clan, and you never really play a single character. For example, now in the game I created a couple of them and made them play, because I needed some newborns.

So the trick is to work together, not as a single element?

Exact. The real difference compared to other survival, is that the others are generally in first person, you have your own inventory and maybe you build a castle. In this case it is an action game in the third person. You can jump around and play as Super Mario, but you must not forget to drink, eat and sleep. Plus you have to manage your clan, and your goal is to evolve from one species to another. It has different levels of complexity.

Is evolution scientifically accurate or have you taken any liberties?

It is as much as possible. But the timeline governs the player: at the first gameplay I tried to be as scientific as possible, but then I realized that playing like this was boring. The goal is not to recreate what really happened, but to give the player the chance to generate their own personal evolution. The game in this doesn't help you at all: you have to follow your instinct in choosing where to go and what to do. I'm basically asking the player: Hey Homo Sapiens, can you survive like your ancestors? If the game provided too much help, I would answer the question myself. But at the same time we did our research, so the title is as accurate as possible, but with a little bit of added poetry.

So you had to study some paleoanthropology too?

Yes, the first two years have all been research. There are 23 well, especially between the last common ancestor and Homo Sapiens, and in the game you interpret 6. We also had to study what was present in Africa at the time: we have very wrong ideas on that continent. For example, there were no bananas in Africa! Not even the mango: it came from India and human beings brought it to us. 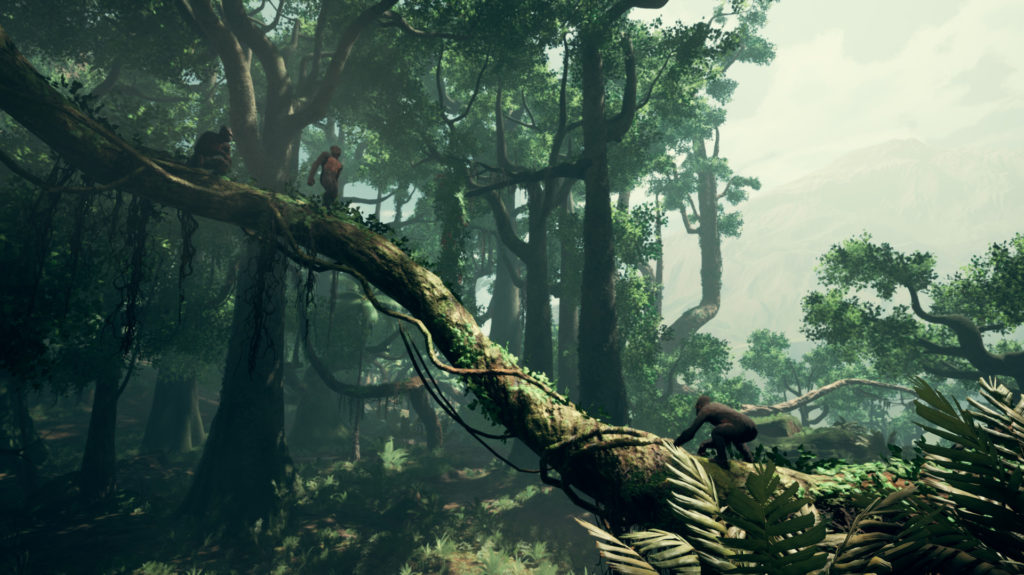 I saw in a video some details on the dopamine hormonal system, can you explain?

Here it is in the game [points to the screen], dopamine is linked to my emotional state. At the moment the bar is full, but if I move too far from the settlement where my clan resides, the level drops and I feel fear. I lose it even if a predator approaches, but I get more if I do what I like: to eat, to take care of the members of the clan, to swing on the vines, or to discover new things. Clearly it is only a representation of how it actually works: we studied the topic but we certainly didn't want to do a lesson about it. The nice thing is that while the character gains dopamine, the same thing also happens to the player who is having fun! 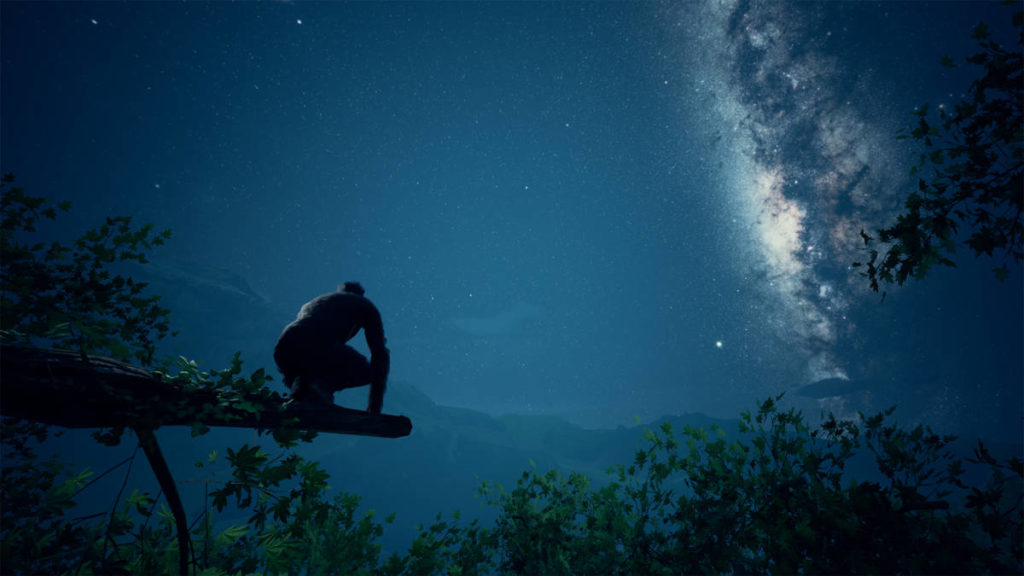 Is it true that you have tried to limit the inspirations and contaminations of other media?

I don't know if I've ever said exactly that. But my games are different: I never think of treating a topic because it's fashionable and it's popular. First I study the subject. It's the subject that matters: you can't just create a game and then stick it into the setting.

So first create the subject and then expand the world?

Exact! I had thought of making a game about our ancestors, the hominids of millions of years ago. How did they live? What happened? And realizing it, I realized how important it is for us to have two hands, so I put it in the game: you have to check both hands to be able to create tools.

You started with an episode structure for the title. Was it difficult then to change it and switch to a single title?

It is difficult to answer, because we have changed our structure for three years now. But it wasn't difficult at first, we wondered with my team if it was feasible. It's not a triple A game, of course. 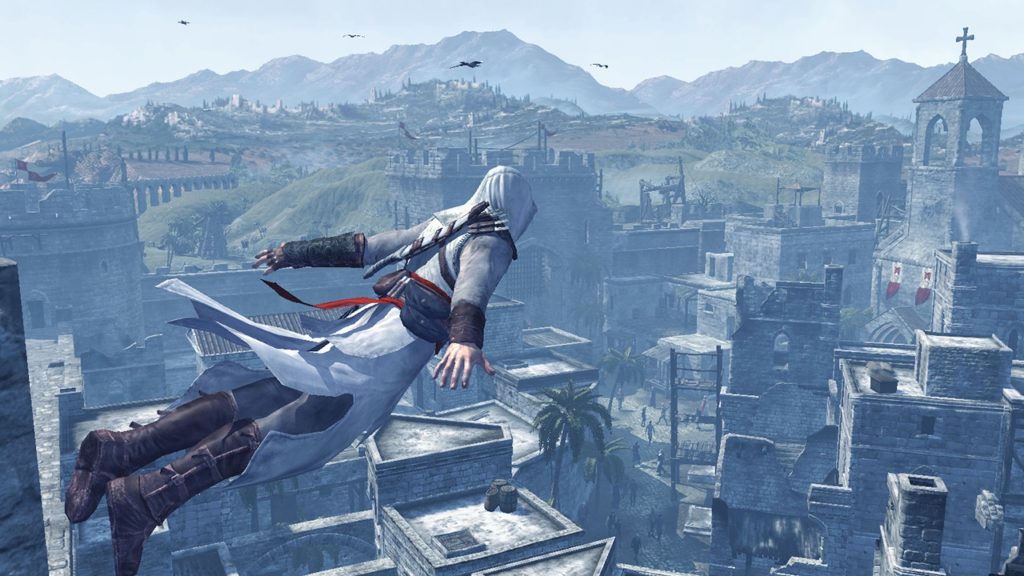 Of course. As someone told me before: it's a game by Patrice Désilets! It has in common the immersion, the repeatability, the action. When you are attacked by a predator, the camera moves in a particular way in slow motion ... Obviously it is also different in other things, it is not the story of a hero and does not follow a precise narrative. Besides the hominids don't even speak!

Have you felt much pressure to create a new IP?

No, I would hear more about making an IP created by someone else. In Panache everything is very clear: who we are, what we do. We create new stories, that's what we are.