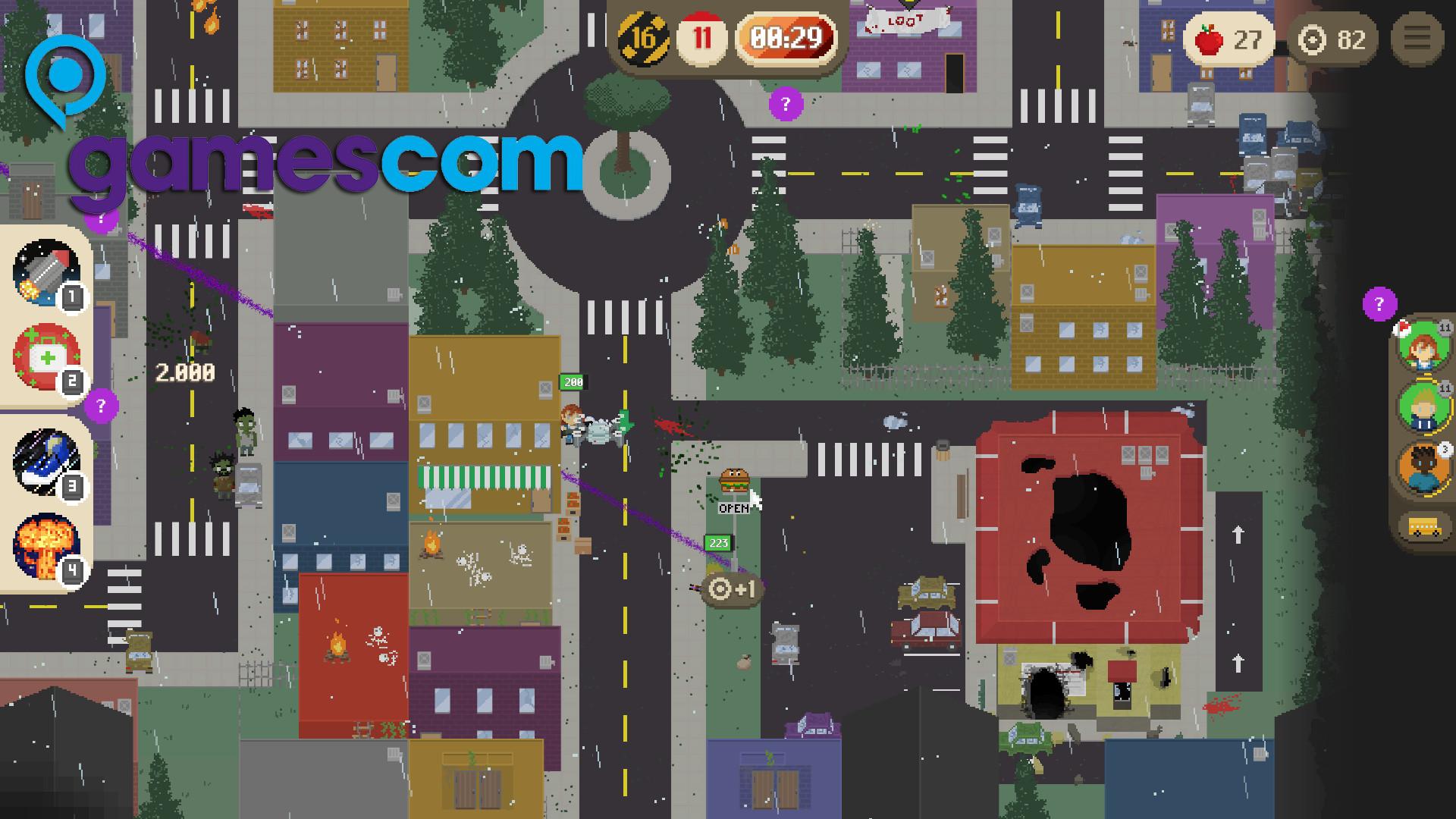 During gamescom we were guests of the Assemble Entertainment pavilion to try a preview Deadly Days.

Developed by Pixelsplit, a young team of German developers, the video game is a roguelike survivor in which we find ourselves driving a group of stragglers from the assault of many ravenous zombies, all rigorously reproduced with a fascinating pixel art style.

The title, currently still under development, allows us to use two characters and the most varied types of strategies to try to kill the zombies. Obviously taking advantage of the weapons that, basically, are fundamental to be able to advance in the game and survive their assault.

As you turn the map you can find some objects that can help us in the most extreme cases and guarantee to resist for at least a certain period of time. We found the only negative aspect in the early conclusions of the gaming sessions. Being at the time also an endless game, if the player dies, he is forced to have to start all over again. Feature that can sometimes be frustrating.

Deadly Days should be available towards the end of the year.