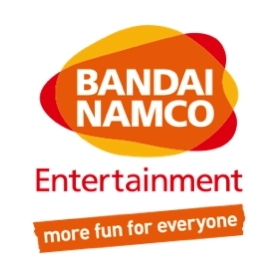 The Best SOULCALIBUR ™ VI Players in the World Will Converge Upon the HyperX® Esports Arena in Las Vegas, Nevada on November 2nd to Battle for Prizes and Honor

“The SOULCALIBUR "a franchise has been the premier weapons-based fighting game for two decades, building a fan base that stretches generations and around the world," said Motohiro Okubo, Producer of SOULCALIBUR VI at BANDAI NAMCO Entertainment Inc. “Now, in the age of exporting, it's an honor to finally deliver a tournament fully focused on SOULCALIBUR, where the eight best players from every corner of the globe how to compete for prizes, honor, and the ultimate crown of being the best SOULCALIBUR VI player in the world. "

Featured hosts who will be providing blow-by-blow reporting throughout the SOULCALIBUR World Invitational includes fighting game community Markman stalwarts, Kitana Prime, Aliciaxlife, and Ebonic Plague. With nonstop action and excellent color commentary, the SOULCALIBUR World Invitational promises to be one of the most entertaining exports of the year.

For more information on the SOULCALIBUR World Invitational, please visit the official SOULCALIBUR World Invitational website at: www.soulcaliburworldinvitational.com. To find out more about BANDAI NAMCO Entertainment America Inc.'s other products, please visit: http://www.bandainamcoent.com/home.html or follow us on Facebook at: https://www.facebook.com/BandaiNamcoUS or join the conversation on Twitter at https://www.twitter.com/BandaiNamcoUS. Stay up-to-date on the action surrounding BANDAI NAMCO Entertainment America Inc.'s numerous esports leagues at: https://twitter.com/BNEAESPORTS

BANDAI NAMCO Entertainment America Inc., part of BANDAI NAMCO Holdings Inc., is a leading global publisher and developer of interactive entertainment for all major video game consoles, iOS, Android, and online platforms. The company is known for creating and publishing many of the industry's top video game franchises including PAC-MAN®, GALAGA®, TEKKEN®, SOULCALIBUR®, and ACE COMBAT®. BANDAI NAMCO Entertainment America Inc. is the premier publisher in the Western hemisphere for anime based video games including NARUTO SHIPPUDEN ™, DRAGON BALL Z®, and ONE PIECE®. More information about the company and its products can be found at http://www.bandainamcoent.com or www.facebook.com/BandaiNamcoUS.

HyperX Esports Arena Las Vegas, located at Luxor Hotel and Casino, is the first dedicated exporting arena on the Strip and the flagship venue of Allied Esports' global property spanning North America, Europe and China. The 30,000-square-foot state-of-the-art arena, featuring a multilevel modular design with a two-story LED video wall, telescopic seating, 120 PC and console stations, and a world-class production facility, is a ready- to-go championship destination and content study for publishers, leagues, teams, players, streamers, tournaments and high-stakes matchups in a setting designed to deliver an unparalleled live experience. Since its opening in 2018, Allied Esports Original productions. Named the 2018 Esports Business Summit of the Year, the arena, which is open daily for walk-up play, a classic video game bar, a full menu with catering options, and nightly competitions across the most popular games and genres. For schedules, tickets and more information, visit hyperxesalv.com and follow @HyperXESALV. For more information about Allied Exports and its global network of properties, visit AlliedEsports.gg and follow @AlliedEsports. Allied Esports is a subsidiary of Allied Esports Entertainment (NASDAQ: AESE).

Warframe coming to PlayStation 5 this week

Gian Luca Cama - November 25, 2020
The free to play title Warframe will be added to the PlayStation 5 catalog later this week. Seven years after its launch, the ...
BusinessWire

Seek Your Fate in the Shadowlands — World of Warcraft®'s New Expansion Arrives ...