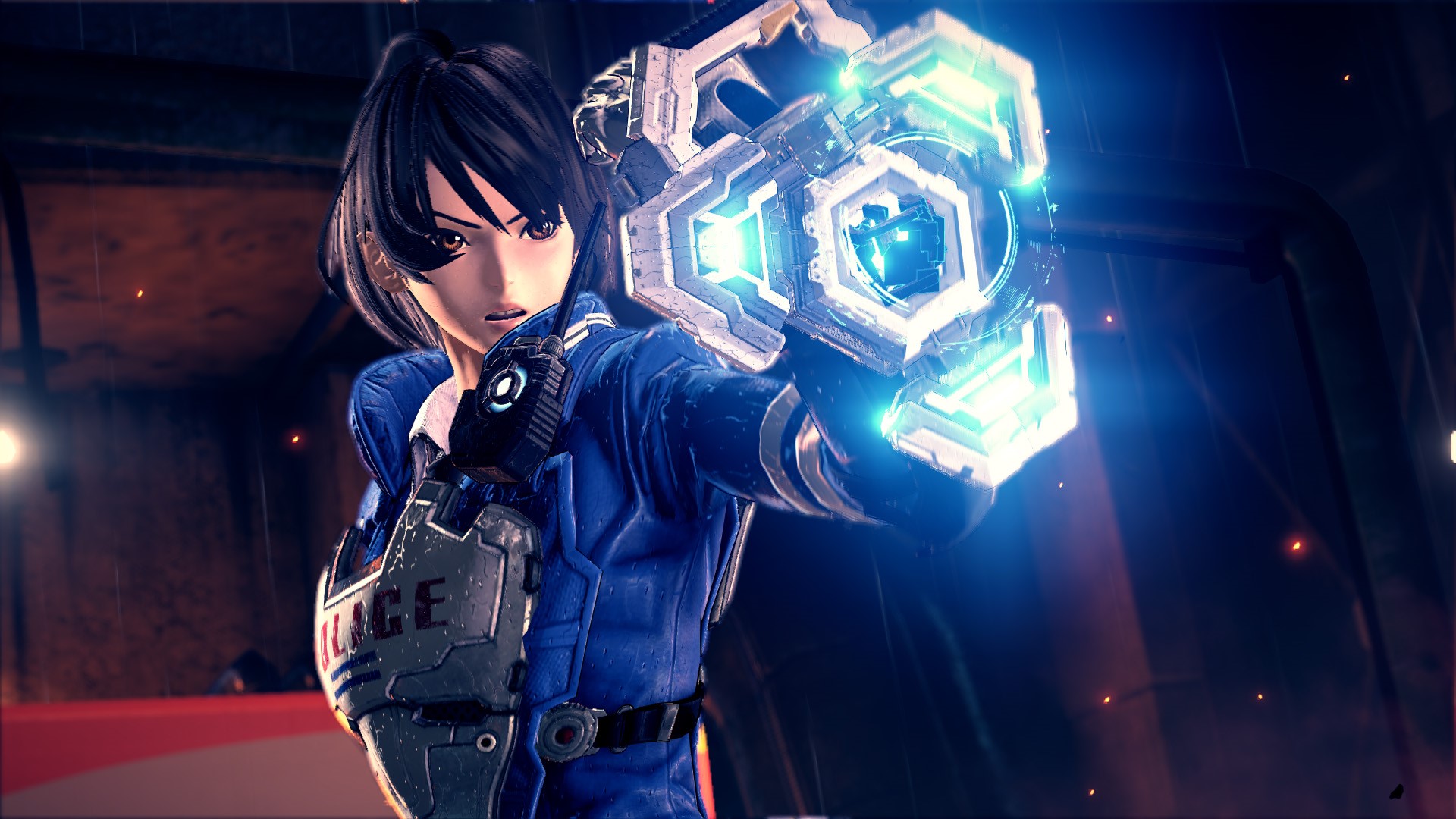 After the enormous success of public and critics rightly obtained with Nier Automata, Platinum Games back in the spotlight with a new IP that bears the name of Astral Chain. Supervised by Hideki Kamiya (the father of the franchise of devil may cry) in person and directed by Takahisa Taura, the latest effort of the former team clover manages to be a familiar and at the same time totally new experience. The following is the story of the first hours of the game, a more comprehensive review will come at a later time. 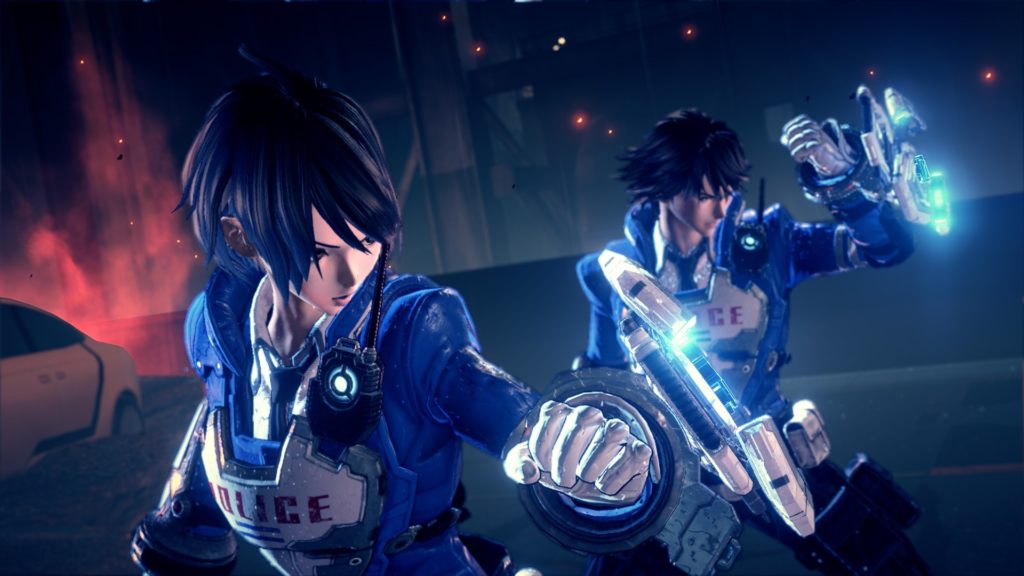 The first thing that strikes you about the new "child" of Kamiya and Taura, is definitely the Artistic direction, although it is a cel-shading with rather saturated colors, it still manages to impress thanks to an excellent level particle effects and a rather inspired character design, while never deviating too much from some typical Japanese character design clichés. 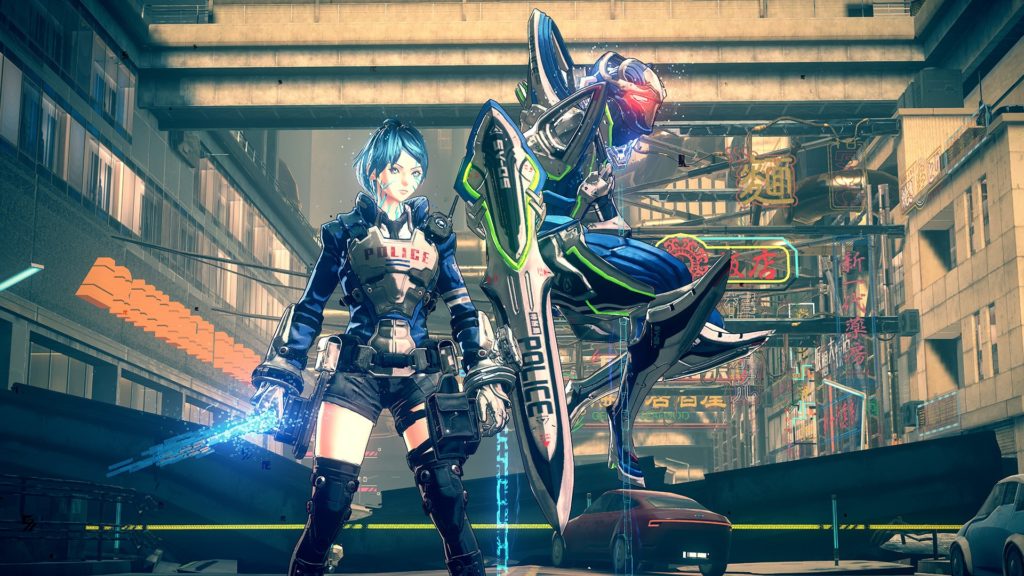 The first chapter of the Astral Chain game, as usual for the development team, starts immediately in the fourth dragging the player into a blaze of non-stop action only this time, unlike what happened in Automata, we are not in a relatively quiet dystopian world, but we are in the middle of an alien invasion by mysterious creatures called "Chimera" who, for some strange reason, have started to open dimensional gaps that connect their world to the planet earth. Our adventure begins in the sprawling city of Central City: in Astral Chain I am a policeman, and this is my story.

If you think that Astral Chain is yet another Platinum Games game, all focused on gameplay and with little focus on history, know that this is not the case, not this time at least. Unlike their previous productions, in fact here there was more focus on the narrative sector, and this appears very clear from the very first moments of the game. But there is nothing to fear: the gameplay has not been overlooked; on the contrary, the latter is an excellent evolution of what was seen in their previous titles.

Once you pass the first chapter unscathed, the game slowly begins to illustrate its mechanics and it is at this point that the Legion. The latter are nothing but chimeras connected at a neural level to special agents of the Neuron, with a system called legatus through an astral chain. In short, in my opinion it seems immediately clear that the team was heavily inspired, one of the most important and influential anime in the history of Japanese animation or; Shinseki Evangelion, known to us as Neon Genesis Evangelion. The anime directed and written by Hideaki Anno, in fact, is cited over and over again in the course of Astral Chain with continuous more or less explicit references. On the other hand, anyone who knows a little about Japanese culture knows very well how cyclical and at times even redundant it is in its re-proposing themes and concepts that are often much more dear to them than to us Westerners; but in the end perhaps this is precisely one of its most beautiful characteristics (as long as they are incurable nostalgics very attached to the past). 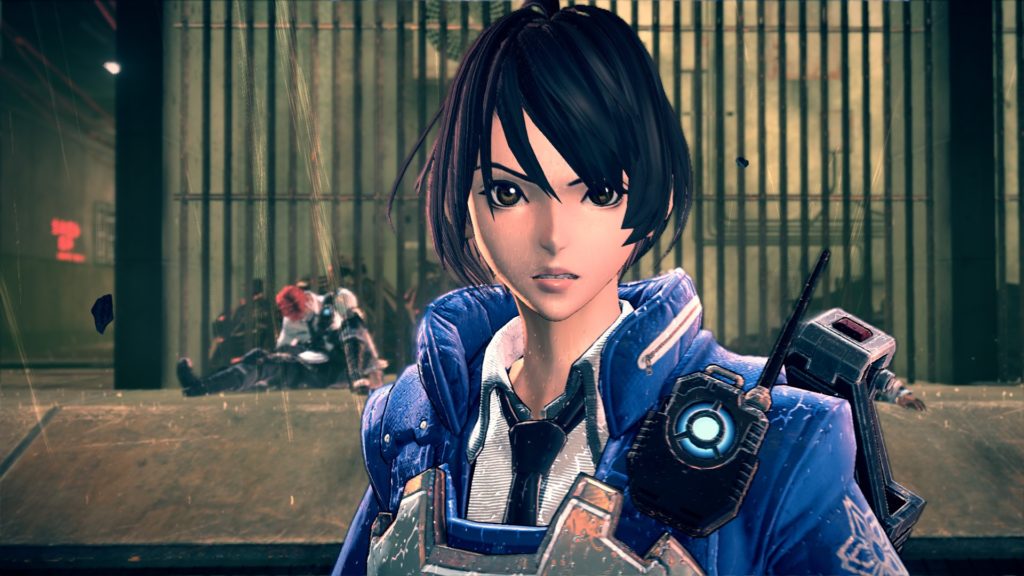 But the surprises do not end there: in Astral Chain clearly being a policeman you will often be called to conduct investigations, using a special augmented reality technology called Iris, which allows you to see things normally not visible to the naked eye, giving life to sessions that sometimes resemble those already seen in the titles Quantic Dream. To help you in your "detective" activities, your Legion will also take care of you, or you can use it to eavesdrop on conversations between witnesses, or to find clues that I can only retrieve. The fights are, however, the real pride of the production, adrenaline and spectacular, above all thanks to the variety of combos made possible by the interaction between the Legions and their master. 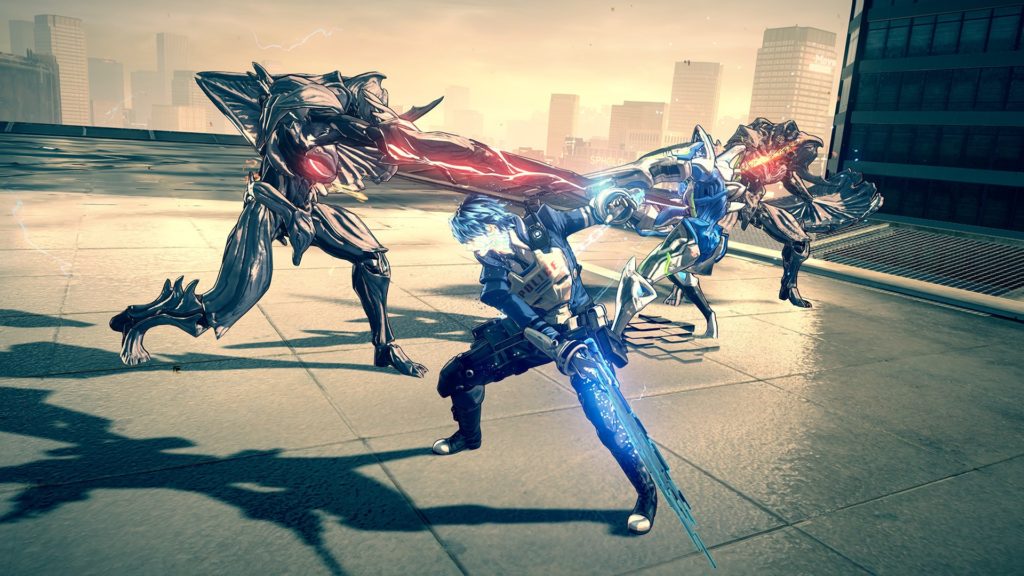 In addition to these creatures, our character has a special truncheon, capable of turning into a pistol, a sword or a two-handed sword, very slow but very powerful. In addition to being very useful both in the fights and in the investigations, these bizarre creatures, are also indispensable in the exploration, given that some Legions are able to give access to areas of play previously closed to the player. In short, from what I have been able to test so far, Astral Chain seems to have all the papers in order, for give a good shock to the panorama of action games. Never before, the land of the Rising Sun seems to have returned to the glories of the past, where every game coming out of the forges of oriental creatives was a masterpiece able to leave an indelible mark in the videogame industry. Now I just want to keep playing to give you a definitive opinion of the title, which I imagine will be largely positive.

Andrea Schietroma - January 20 2022
The echo of the acquisition of Activision Blizzard by Microsoft has not yet subsided and inevitably the very first responses have also arrived from ...
News

Piermatteo Bruno - January 19 2022
It doesn't matter that the GTA Trilogy: Definitive Edition has aroused several controversies since its launch a few months ago, including disastrous reconstructions carried out ...