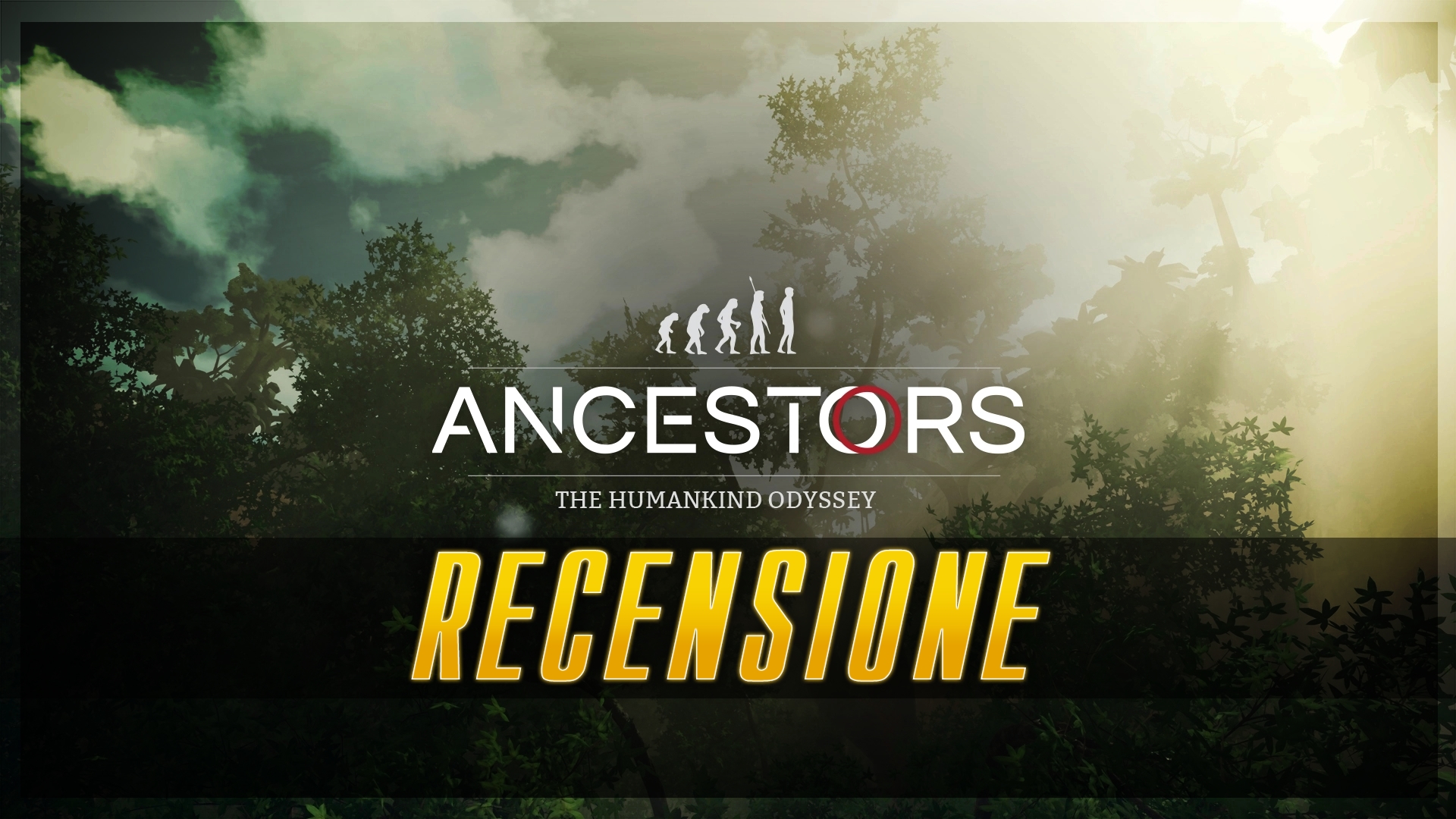 Evolution is a difficult job

We have already talked about this game about a week ago, while giving my summary impressions after a dozen hours of play. And they were a little doubtful. After accumulating a more than double game, I return to give you my final judgment.

We reintroduce the game better. Ancestor is a 10 survival game set millions of years ago. We control one of our hominid ancestors and we must follow its evolution in the ages, in about 8 millions of years of history. The game asks us for a specific thing: can our community evolve faster than history?

Here then that, commanding our hominid, we should learn to do many things. Use dead branches like weapons and fishing gear, exploit rocks as tools, teach our children and grow the clan with such good sex. To do this, we must exploit the intelligence and senses of our hominid, to analyze the surrounding environment and use our limbs to manipulate nature around us. All while always checking our state of health and that of the clan, ensuring food, water and rest. And it is precisely the finite resources that drive exploration. Our names must be courageous and overcome their fears to find new fertile territories.

From a conceptual point of view, Ancestor: Humankind Evolved looks like something new and ambitious. Teach us the complexity of evolution through survival mechanics. And all this works. The initial curiosity, due to the total lack of indications given by the game, the continuous sense of discovery in finding new actions and objects and testing the various possible permutations, pushes you forward, exactly as a good survival must do. Unfortunately, this sensation is short-lived, because the game fails to have an implementation of its mechanics that supports it over the long term.

Two steps forward, one back

The first problem is in the progression of the game. This happens on 3 different levels. The first, the lowest one, sees our hominids accumulate neuronal energy when they complete each basic action of the game, if they have children watching to learn. This neuronal energy is used to unblock different abilities: it goes from passing an object from one hand to the other, in an improved sense to increased communication skills with our clan. After accumulating enough energy and generating enough children, you can perform a time jump of 15 years to move on to the next generation, which will have new genetic abilities deriving from the skills learned from parents. After carrying out numerous actions around the world, it will be possible to skip eras and use ever more modern species of hominids.

In theory everything is perfect, but there is one thing that crushes the maronis more than wanted. At each step forward, all the abilities of the previous stage are not taken with them. So at every step, you need to spend some time to get what you already had. This alt signal, used perhaps to depict the slow nature of evolution, does not go well with a game where most basic actions are repetitive and boring in themselves. Our monkeys do very few actions in movement and the game is a continuous stop to analyze and manipulate and then start again. It is not fluid. What keeps you attached to playing is having a feeling of constant growth towards a goal, be it personal or imposed by the game. The only moments where we should lose, are when we make a mistake or when the element of luck plays against us, and not with imposed stakes to increase grind time.

On the luck effect, the game also has to irritate a lot, by binding to an element of bugginess: when you make an era jump, in a totally random way, your settlement can be moved to one of the oases discovered during your exploration. At one of these moments, I found myself lost and dangerously close to some ferocious animals, which actually destroyed my clan. The nature of the game does not include a save slot, so I had to start over. Then I started to work around by copying the save files at regular intervals having played on PC, otherwise this review would have arrived in two thousand and thirteen.

Even the wild beasts present significant bugs. I had just moved away from my settlement when, suddenly, out of nowhere, a ferocious beast appeared. I tried to dodge and attack her in what is one of the worst QTEs that the recent history of video games remembers, and I fled to a tree. And the beast has disappeared: not in the sense that it was not seen since it fled or hidden. As soon as the camera no longer framed it with me in a safe area, puff, gone. Moreover having around my clan members, who were not attacked.

A day for lions, a hundred for a sheep

Ferocious animals seem to live only at the discretion of the player. Which makes the whole thing less alive. And it's a shame because the settings are well made, returning a wonderful sense of uncontaminated nature. The monkeys can climb a bit all the surfaces and swing between the fronds offers its hilarious moments, when the camera does not fight against the player's movements and when the vegetation is thick enough.

And so I continued to drag myself. From generation to generation. Of danger in danger. Moving on to using bones as weapons instead of running away like a coward, catching big, healthy fish instead of eating leaves. Hunting animals for resources instead of escaping and that's it. Changing my surrounding scenario. Smelling new things. Until at some point, I didn't make it anymore. The joy of discovery has disappeared and only boredom has remained. Mind you: I am still convinced that the idea behind the game is excellent.

There are moments of brilliance and wonder on Ancestor. After all, there are certain things that only video games, with their interactivity, can teach us or in any case can make us live. But building them so that these ideas are best expressed is not always easy. Ancestor: The Humankind Odyssey, it makes a lot of it in the early hours, only to go out. I'm sorry, but in my timeline, the hominids never became Sapiens. I hope with all my heart that Panache Digital Games continues to offer new ideas like these, but also that they can grow as game designers.

Piermatteo Bruno - February 19 2020
The Nintendo Switch Online retrogaming service, which offers its subscribers a selection of titles that have appeared on NES and SNES, is updated ...
News

Gian Luca Cama - February 19 2020
Nintendo's silence over the past few months is beginning to be deafening. The only major release of the year, with official release date, is Animal Crossing: ...

Force Horizon 4 - Review, a game for all seasons

Mario Party: The Top 100, when a long time is not enough