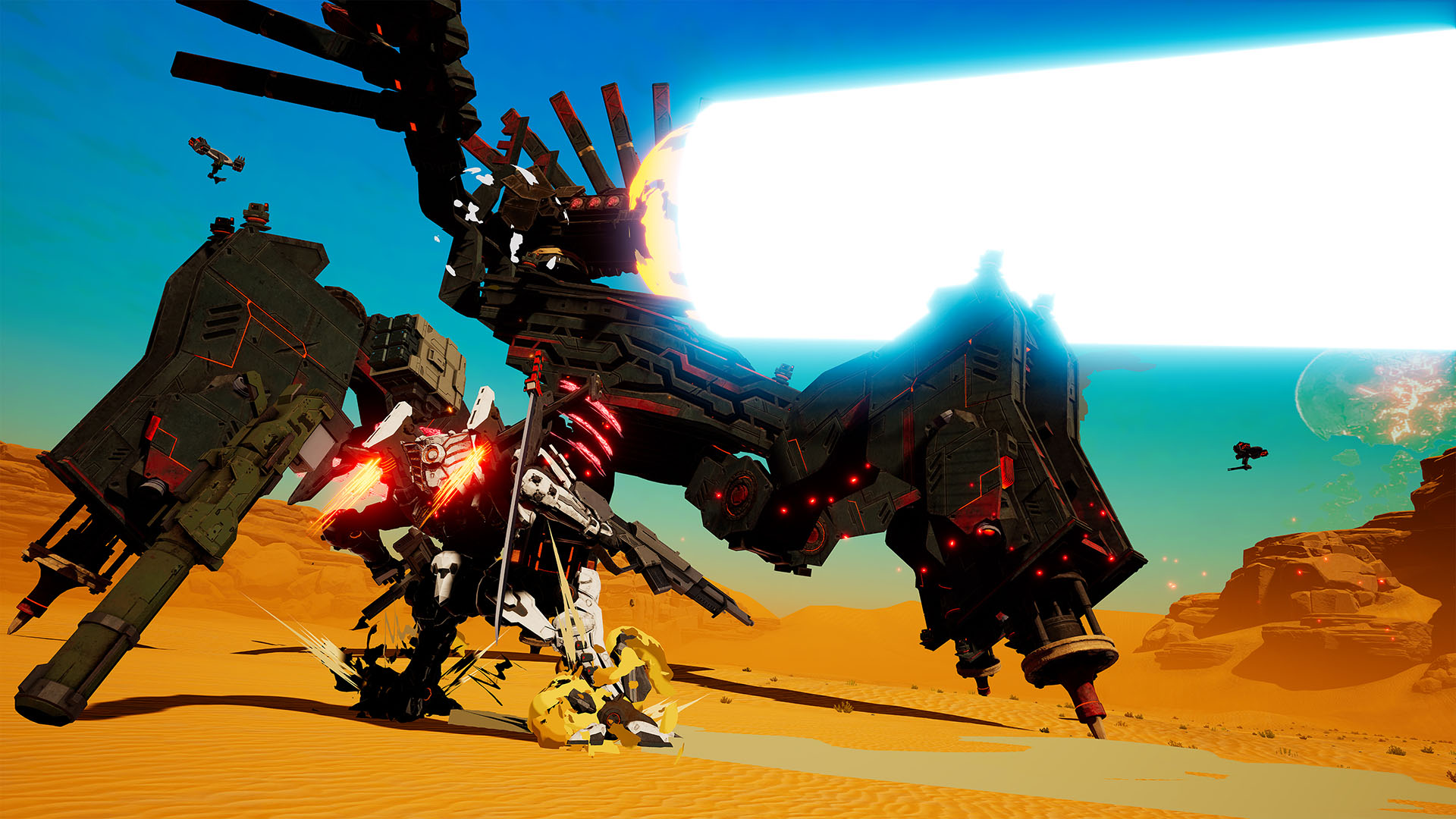 First appeared during the E3 2018, Daemon X Machina is one of those games that could have escaped the radar of less attentive players. The third person shooter action of Marvelous did not enjoy the blazon due to other titles expected for the end of the current year (Luigi's Mansion 3, Sword and Shield Pokémon), and it's really a pity. Yes, because in the preview I was able to play, Daemon X Machina it has been shown as a title with solid and highly amusing bases, a surprise that will be able to satisfy the most disparate tastes.

Daemon X Machina takes many elements from its similar predecessors, which have already consolidated the narrative style structured on missions in recent years. I refer to games like Destiny e Monster Hunter World, the main commercial successes in the genre. This preview covers the first hours of the game, coming up to the Grade D missions. For more complete and detailed final judgments, I refer you to the review that will be released in the coming days.
After a brief cutscene that shows us why the Earth has become a mass of ruins and rubble, we are immediately sent to the character creation screen. More than enough the personalization fields to give space to creativity. If you wish, you can change the physical characteristics again, but to do so you have to pay game credits.

Once you arrive in the hangar, you can immediately admire the mech provided by Orbital, the company that deals with resolving completely the missions commissioned by different companies. These mechs are called Arsenal and can only be controlled by Outer, people who have acquired special skills following the crash of a piece of the Moon on Earth. Lot of Outer they decided to unite and form what we could call guilds, each with its own characteristics and motivations. During the first missions we come into contact with many of them, coming from the most disparate companies. By helping them, various advantages can be obtained. For example, saving the life of a Outer there is the possibility that this shows grateful to us, to the point of offering us his help in certain missions if we so request.
As far as the 'Arsenal, it is possible to personalize it not only in the offensive equipment, but also in the armor. The two types of modifications go hand in hand with each other, because depending on the weapon used it is more appropriate to use a certain type of armor. And it is essential to be well equipped to face the threat that wants to extinguish the human race immortall.

These corrupt AIs want nothing more than the annihilation of humans, and it is the task of the Outer aboard them Arsenal ensure that this does not occur. The missions that run the story must be dealt with Outer belonging to various guilds, while free missions can be dealt with in the company of other online players or players Outer helped during the main campaign. The tasks range from the simple elimination of a certain number of IAs to the protection of an assigned area. The unexpected however are always around the corner, and even the seemingly simpler mission can suddenly turn into a struggle for survival. This aspect makes all the missions interesting, because you never know what could happen.

The elimination of AI takes place depending on our style of play. You can use firearms and melee weapons. The very hectic gameplay was not easy to manage for remote weapons, but the developers of Marvelous they found a rather ingenious trick. The enemy must first be hooked onto the screen, and once he has targeted the weapon he will hit it automatically. If the coupling is lost, the weapon will fire in the direction of the viewfinder in the center of the screen. This allows you to move freely to avoid enemy shots without having to worry about missing the target, creating frantic and spectacular situations in which you always have the chance to counterattack without fail. Speech much more linear for hand-to-hand combat, very well managed in full action style.

This preview left me with an excellent impression of Daemon X Machina. A game that as mentioned above draws heavily from other titles of the genre, but that oozes personality from every mech. Constantly able to surprise, fun, unrestrained and very appealing from an aesthetic point of view. Daemon X Machina has all the credentials to entertain different types of players and for many hours. A surprise that I sincerely hope can confirm this by continuing to eliminate the Immortal.