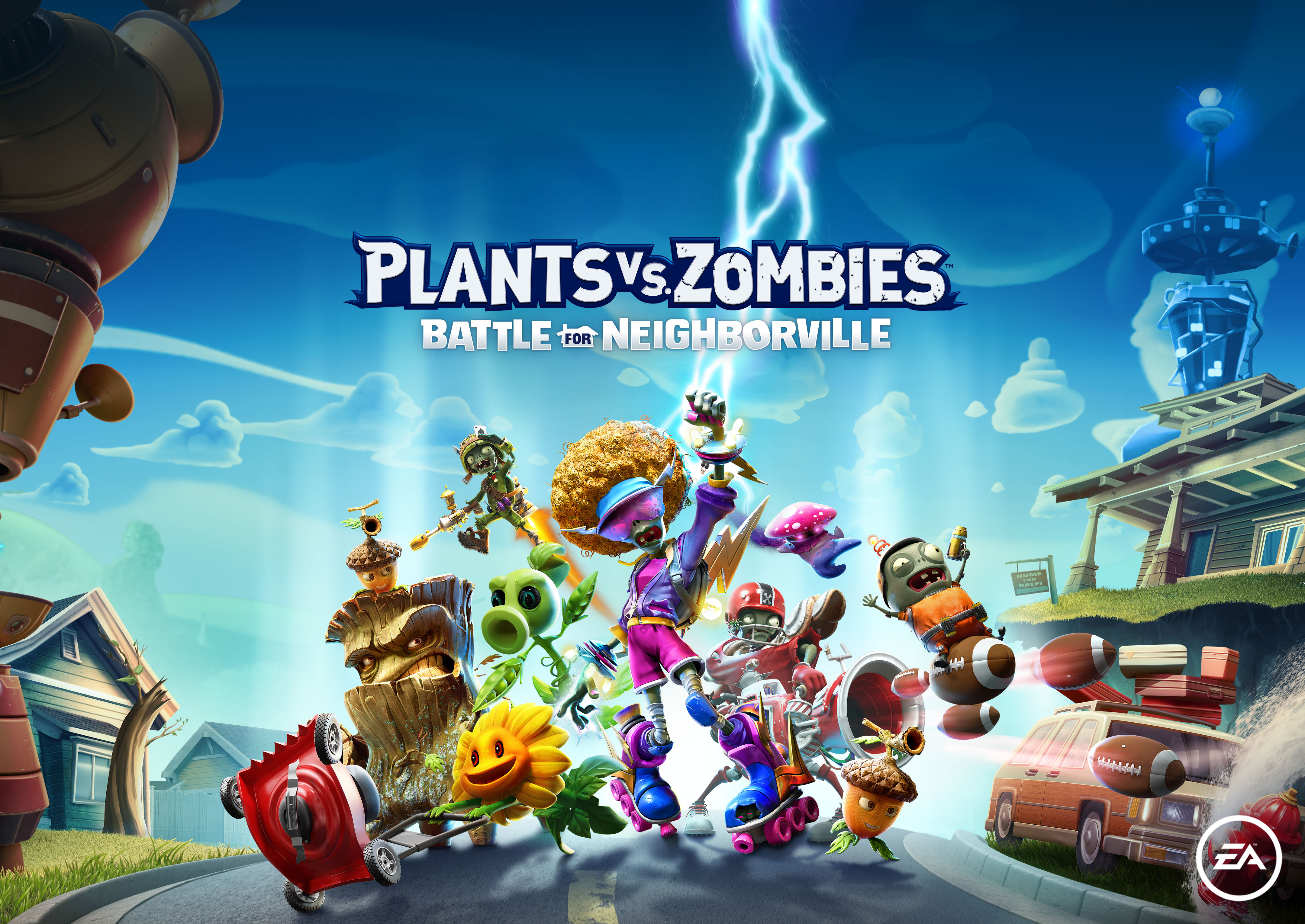 Join the Battle Ahead of Launch with Plants vs. Zombies: Battle for Neighborville
Founder's Edition, Available Today

As a Founding Neighbor, Access Weekly New Gameplay Experiences,
Get Exclusive Rewards and Carry Gameplay Progression to Launch on October 18

REDWOOD CITY, Calif .– (BUSINESS WIRE) -#BattleForNeighborville–PopCap, a study of Electronic Arts (NASDAQ: EA), today announced Plants vs Zombies: Battle for Neighborville ™ - a new game that welcomes players to Neighborville, a suburban region where the clash between flora and undead is always flourishing. PopCap is launching the next title in the beloved Plants vs. Zombies ™ franchise with a whole new way to play ahead of launch.

Featuring over-the-top action that fans of previous Plants vs. Zombies shooter titles have how to know and love, players can jump down into Giddy Park for light multiplayer Players will be traveling through the threats of three free regions, as well as adventuring through the outer edges of neighboring Mount Steep, and the lush and strange Weirding Woods regions.

At the core of Plants vs. Zombies: Battle for Neighborville is the game's emphasis on thrilling multiplayer gameplay. Players can battle it out with 20 fully customizable character classes, including returning favorites like Peashooters and Chomper, The character roster also includes a Team Play for each faction, Oak and Acorn, and Space Cadet. Additionally, players can join forces and kick some grass in split screen co-op * and online co-op across every mode, whether it is battling through flourishing free-roam regions or jumping into battle in six different multiplayer modes. The fun doesn't stop there as players can partake in Festivals after the game's October launch to unlock new seasonal rewards.

For those wanting to jump into the fun ahead of launch, Plants vs. Zombies: Battle for Neighborville Founder's Edition is available on PC via Origin™, Xbox One, and PlayStation®4 consoles. The Founder is an early edition of the game, offering fans a chance to become a Founding Neighbor where, each week for six weeks, new parts of the game including new multiplayer modes, free-roam regions, and other exciting features will go live in the run up to global launch on October 18. Founding Neighbors will earn more rewards and will carry progression over the full Standard Edition, which they receive at no additional cost.

Check out the full Founder's Calendar for the six-week period in this blog further detailing the Founder's Edition.

"Plants vs. Zombies: Battle for Neighborville "said Rob Davidson, Game Director at PopCap in Vancouver." “With the release of the Founder's Edition, we're embarking on a new journey alongside our dedicated community. We designed for a week in the lead up to focus on specific modes and different ways to play. "This is an exciting approach we're taking as it allows our fans to jump into the game, earn exclusive rewards, and keep their game progressed through the launch on October 18."

Modes and features in Plants vs. Zombies: Battle for Neighborville Founder's Edition are already final, but by giving the biggest fans a chance to like in the early, the development team will be able to polish the performance as they play. This will ensure the highest levels of driving for the highest quality for all players Plants vs Zombies: Battle for Neighborville.

Additionally, Founding Neighbors will receive exclusive cosmetic rewards for the first four weeks *** when they log into the game each week. These exclusive rewards includes Fire Defender set item for Snapdragon, Ultimate Champ Star costume for All-Star Zombie, and Pea of ​​Valiance costume for Peashooter.

The News from Neighborville web post and Live from Neighborville livestream will take place weekly to connect players with the developers themselves. Founding Neighbors can also build roots on forums and social networks via Facebook, Twitter, Instagram, and YouTube for more details as we get closer to worldwide launch in October. For more information on Plants vs. Zombies: Battle for Neighborville Founder's Edition, visit the Official website and sign up to receive the latest news.

Download Assets for Plants vs. Zombies: Battle for Neighborville at: http://press.ea.com/

* SPLIT SCREEN COUCH CO-OP ONLY AVAILABLE ON PS4 / XBOX ONE.

*** Starting September 4, 2019 and ending on September 30, 2019, one reward available for week. Must login on a weekly basis to redeem rewards. More details here.

EA SPORTS, Origin, Battlefield, Apex Legends, The Sims, Need for Speed, Titanfall, Plants vs. Zombies and Plants vs. Zombies: Battle for Neighborville are trademarks of Electronic Arts Inc. © FIFA and FIFA's Official Licensed Product Logo are copyrights and / or trademarks of FIFA. All rights reserved. Manufactured under license by Electronic Arts Inc. John Madden and NFL are the owners of their respective owners and used with permission. PlayStation is a registered trademark of Sony Computer Entertainment Inc.