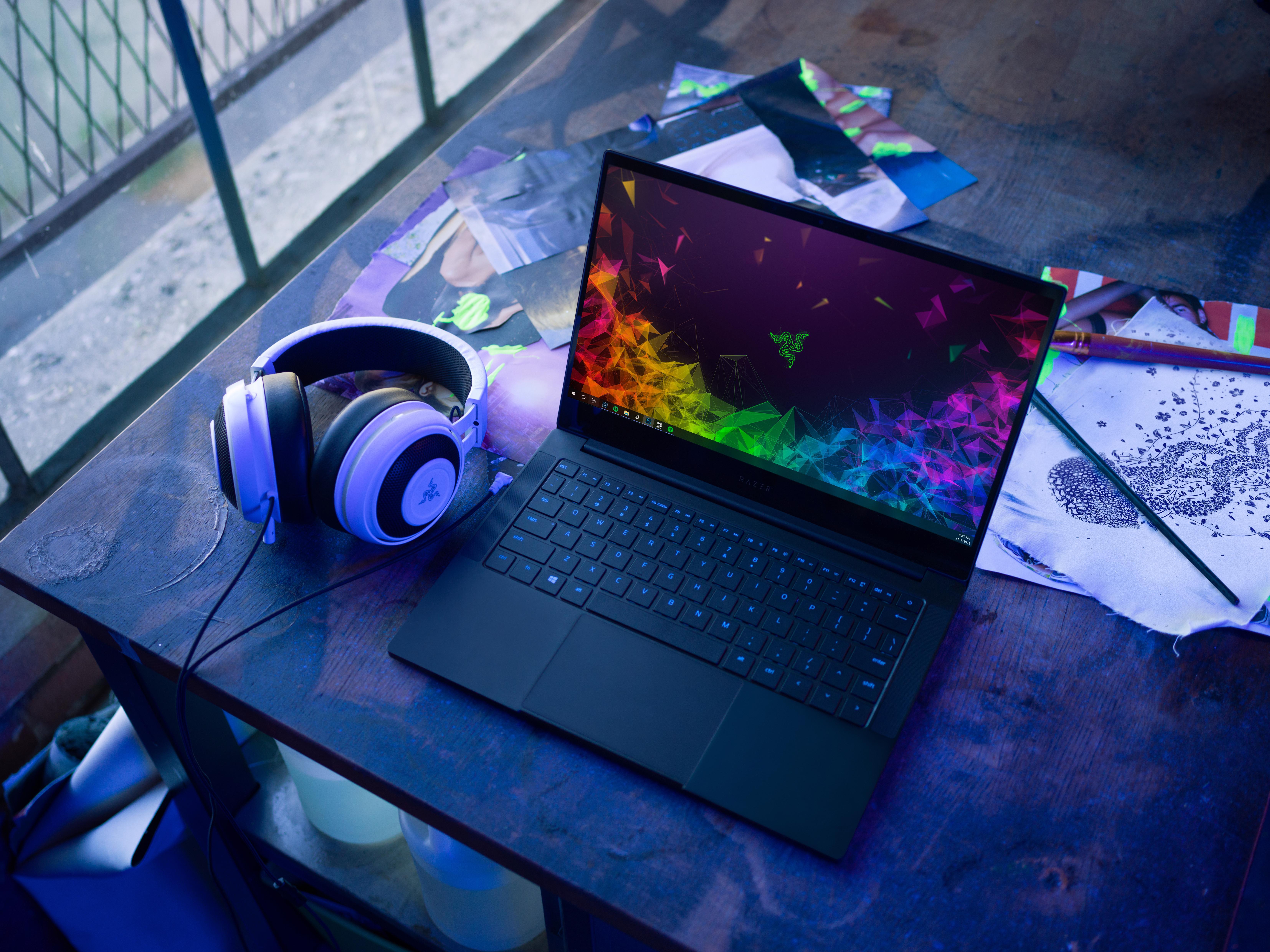 The new Razer Stealth Blade 13 makes computing the fitting of the powerful NVIDIA® GeForce® GTX The 1650 graphics processor into an ultra-portable design.

"Razer is constantly pushing the boundaries of what's possible, by designing laptops that use the most powerful components in the small chassis," says Brad Wildes, Senior Vice President of Razer's Systems Division. "We did it with our original Razer Blade, which led the trend of slim gaming systems, and now we're doing it with our Blade Stealth, pioneering new market for powerful, small-footprint laptops."

The Razer Stealth Blade 13 GTX Models as in two variants - Full-HD or 4K UHD touch display - both of which are equipped with the latest Intel® 10th Gen Core i7-1065G7 processor and a 512GB PCIe SSD, complete with Razer's signature tone-on-tone matte black finish.

"The new Razer Stealth brings gaming to consumers who want extreme portability by bringing the power of the Turing architecture and GTX 1650 graphics to a 13" laptop, "said Kaustubh Sanghani, vice president and general manager at NVIDIA®. "GTX laptop is a testament to Razer's impressive design ingenuity."

The new Razer Blade Stealth 13 will also be available in a stylish Mercury White edition, equipped with a higher-powered Intel® Core i7-1065G7 processor at 25W. The 10th gen processor comes with Intel's latest Iris Plus graphics, providing users with more rendering in either creative suites or casual games.

The new Razer Stealth Blade 13 Mercury White sports at 256GB PCIe SSD and a Full-HD matte display, all wrapped in a stylish tone-on-tone Mercury White finish. The Full-HD display is custom-calibrated for color accuracy, covering 100% of the sRGB space, and flanked by ultra-slim bezels for a gorgeous out-of-the-box experience.

All three models of the new Razer Blade Stealth 13 have received a few subtle upgrades under the hood as well, further cementing its position as a true gaming Ultrabook. Featuring 16GB of LPDDR4 RAM for moving seamlessly between tasks, up to 512GB of fast PCIe storage that can be upgraded, and top-of-the-line connectivity options such as USB-C Thunderbolt 3 and Wi-Fi 6 for connecting in any environment , the Razer Blade Stealth 13 is as powerful as it is versatile.

The new line of Razer Blade Stealth laptops will start at $ 1,499.99 USD / 1,679.99 € MSRP and will be available starting at the end of September 2019 from Razer.com and select retailers in the United States and Canada , France, Germany, Nordics, China, Australia, Hong Kong, Japan, Singapore, and Taiwan.

Razer ™ is the world's leading lifestyle brand for gamers.

The triple-headed snake trademark of Razer is one of the most recognized logos in the global gaming and export communities. With a fan base that spans every continent, the company has designed and built the world's largest gamer-focused ecosystem of hardware, software and services.

In services, Razer Razer Fintech is one of the largest online-to-offline digital payment networks in SE Asia.

Founded in 2005 and dual-headquartered in San Francisco and Singapore, Razer has 18 offices worldwide and is recognized as the leading brand for gamers in the USA, Europe and China. Razer is listed on the Hong Kong Stock Exchange (Stock Code: 1337).

Razer - For Gamers. By Gamers.™