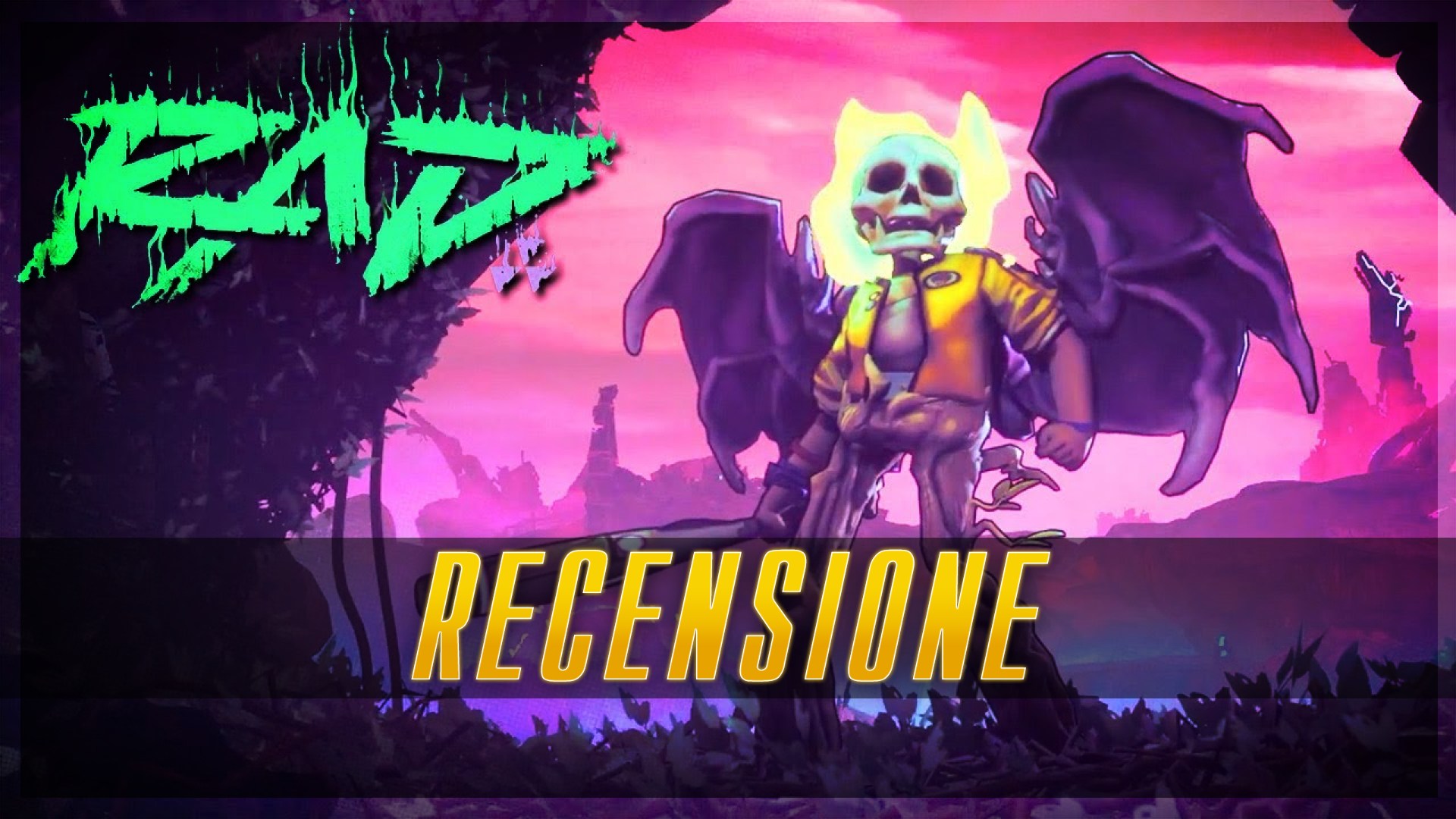 One day the human race will be wiped out by a nuclear apocalypse. But apparently for the boys of the Double Fine this is not enough and, to be sure, they have also provided a second one. The world of RAD is completely in ruins, "colored" by that neon green that is so much associated with nuclear waste in the imaginary science fiction years 80, with so many mutant monsters that occupy now desolate lands.

But apparently human beings are particularly difficult to exterminate (maybe we have DNA from cockroach fused to ours) and small communities are still standing, waiting for better days. Too bad that time and resources are rapidly diminishing. Now we are running out of energy and our community starts a "fishing", which is a lot Hunger Games, to decide on the "volunteer" who will face a thousand dangers to give new life to our camp.

Guess who the choice falls? Exactly, we, the poor unfortunate player who finds himself able to control one of the eight little boys available. On the other hand, it is better to sacrifice young people to save the elderly ...

CHANGES THAT YOU PASS

As already mentioned RAD it's a roguelike, which means we play the game hundreds of times (and I've been good) until we can complete it in a single run. Every time we die, we have to restart the game from the beginning and the maps, like any good respectable roguelike, they are recreated procedurally, even if the resolutive scheme for each level remains practically the same: to find stone heads that activate the final portal that takes us to the boss.
The combat system is quite varied to be a roguelike, having at our disposal, in addition to our trusted baseball bat, also the possibility to jump, make flying kicks, loaded attacks (very difficult to carry out due to the required timing), a powerful attack from above and an attack in jump useful to push back the enemies and to interrupt their attacks.
The problem with all these basic attacks is that they often leave us very vulnerable to opposing counterattacks, leading us to end the first runs in a disastrous way. In my first two runs I didn't even see the boss portal, just to make you understand.
In reality a reason why unsuspecting kids are chosen instead of old and experienced fighters has its own logic, given that one of the novelties of RAD is that the enhancement of our characters is also procedural: by defeating the monsters we meet or by visiting particular places, we absorb the RAD (radiation) and, once the bar is filled, a new mutation in our character is triggered in a completely random way.
Mutations are of two types: endo and eso. The first are continuous buffs, such as resistance to certain types of attacks or particular abilities, while the latter are active mutations, ie those that are used to kill enemies. Note that the eso mutations come from the killing of the enemies, while the endo from the visit to particular "sanctuaries" present in the various levels or from the boosts bought by the junk sellers that we can find around.
Obviously mutations play a central role within RAD but, although the underlying idea is very interesting, it must be admitted that some are obviously better than the others. This unbalancing of skills has led me to understand that if the first exo-mutation is not one of the "good" ones, it is advisable to die quickly and start the run as quickly as possible.
We also talked about sellers, and the idea of ​​the currency used in the game is very nice: no more money, given that now the value of the currency is equal to that of toilet paper, but of the cassettes that once again recall the glorious 80 years. They can be found by smashing stuff around, killing monsters or opening chests, which require floppy disks as keys, another little gem.
Remember that like all roguelike in this world, also in RAD at your death you lose everything you have found (except for particular objects made to persist between one run and another) but, if we are good enough and lucky enough to defeat the end-of-level boss, the possibility of returning to the camp and deposit in the bank the unused cassettes up to that moment.

Buying items from the store inside our camp we contribute to the growth of the same in a permanent way providing us, as we go on in the game, more and more choices. 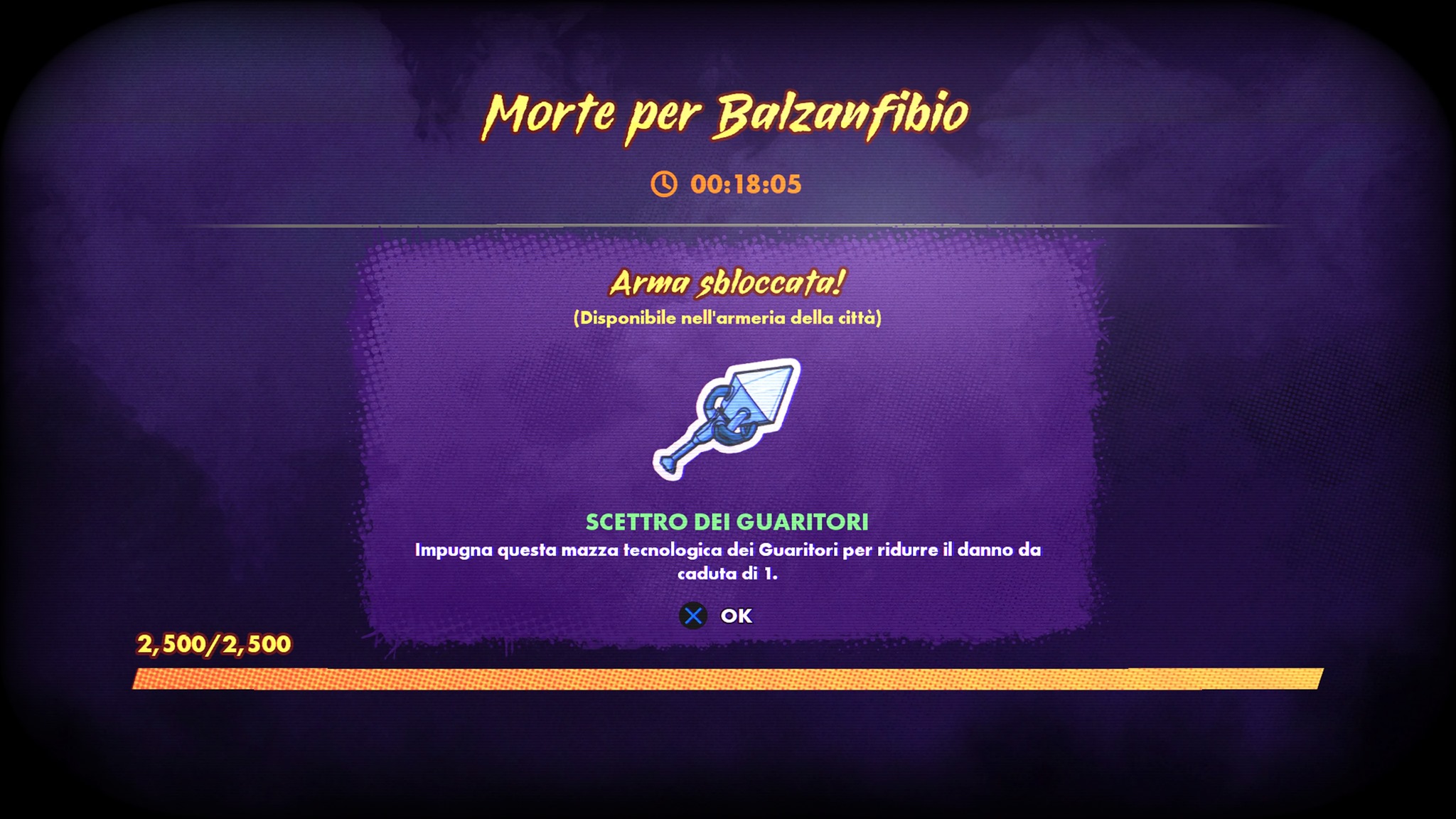 The "Stranger Things" mania has also hit the boys of Double Fine, who received the 80 years in many ways. The game currency, as well as the colors, the settings and the enemies refer a lot to the sci-fi film production of those years.

Sometimes the excessive use of visual distortions, CTR filters and bright colors "conceals" some enemies from our view (I don't know how much this camouflage effect is wanted), leading us to suffer some really unexpected deaths. But this is also part of the game, although a Meliconi shell for your pad is recommended, in order to avoid sudden breaks after being thrown against the wall.

In addition to merely graphic issues, RAD offers a certain degree of challenge. At the beginning the game is punitive because there is no kind of tutorial or advice during the loading screen, which are a bit too long. We are thrown to the massacre in this desolate land and we must immediately learn at our expense everything there is to know, from the abilities of enemies to the abilities of your mutations. Once you have acquired this information, RAD uses a very popular pattern in 80 video games: more enemies, faster and stronger. Simple and banal, but damn effective.

For roguelike fans, RAD worth the 20 euros required, although sometimes the difficulty of the game can be frustrating, especially if you are unlucky with the first mutations.

Andrea Schietroma - June 5 2020
Guerrilla Collective has announced the postponement of its digital showcase dedicated to independent studios. The start was scheduled for June 6, but the event is ...
Netflix