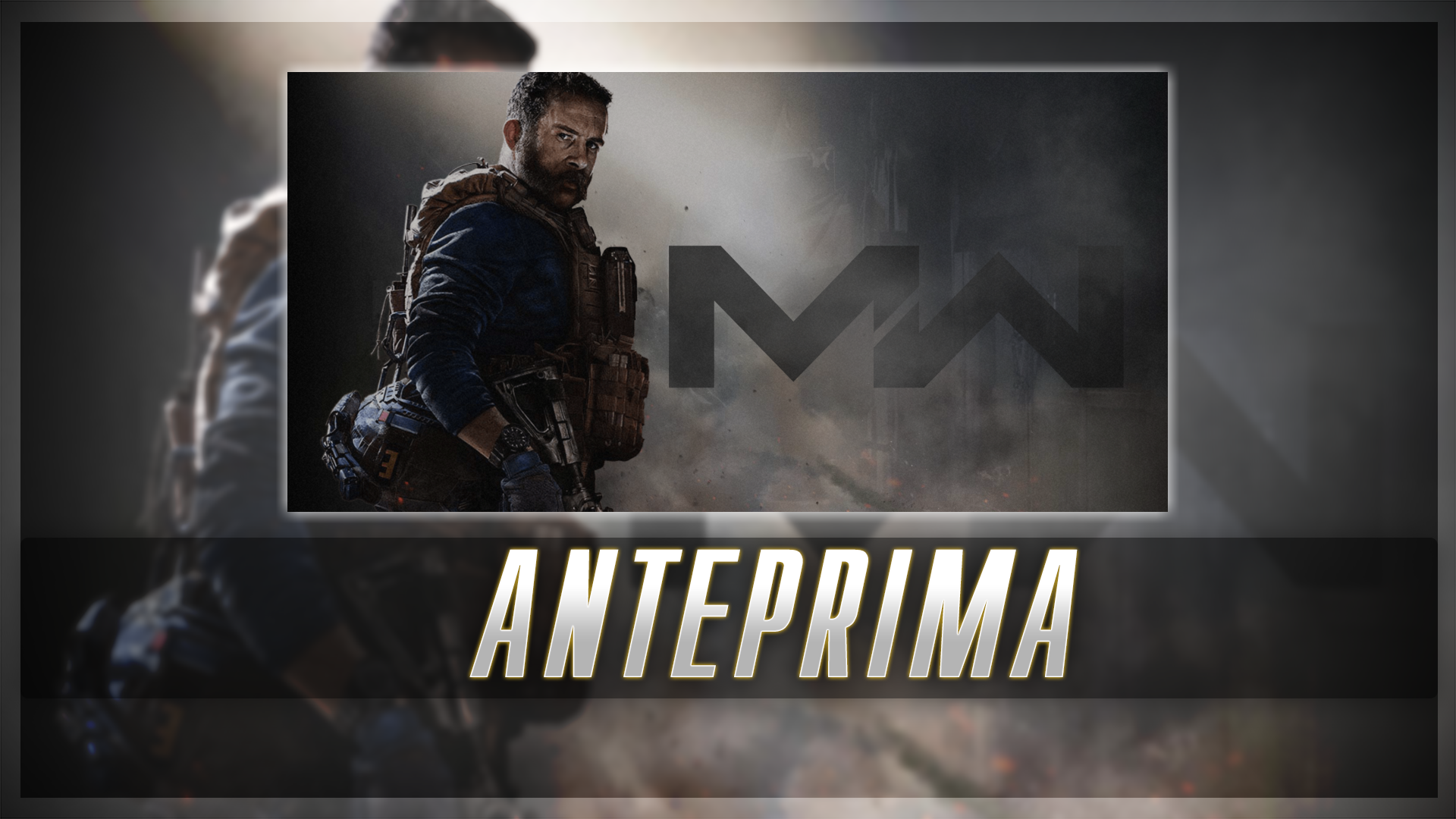 Those who are passionate about the FPS genre and have been lucky enough to be able to play the "Modern Warfare" saga of the Call Of Duty brand, will hardly be able to forget the emotions (more or less peaceful) that the titles in question have managed to give. Specially Modern Warfare 2 he qualified as one of the best games of the entire brand, elevating himself to the emblem of the shooter par excellence. Infinity Ward seems to have remembered this, and after a series of more or less successful chapters, he tries again. We have indeed had the opportunity to get our hands on early access to the beta of Call Of Duty: Modern Warfare, reboot of one of the sagas most impressed in the hearts of enthusiasts. But is the title actually up to expectations? Will he be able to earn the title of worthy heir, or will we still have to wait?

Do I wear this or that?

Let's start with the initial menu and the character customization screen. We can, as usual, change the appearance of our soldier, choosing from various models belonging to different factions. In the section Armi you can choose the equipment, the kill streak, and the "Field empowerment", a skill that can be activated after a certain cooldown that will provide support of various types (defensive, tactical, stealth and reconnaissance). 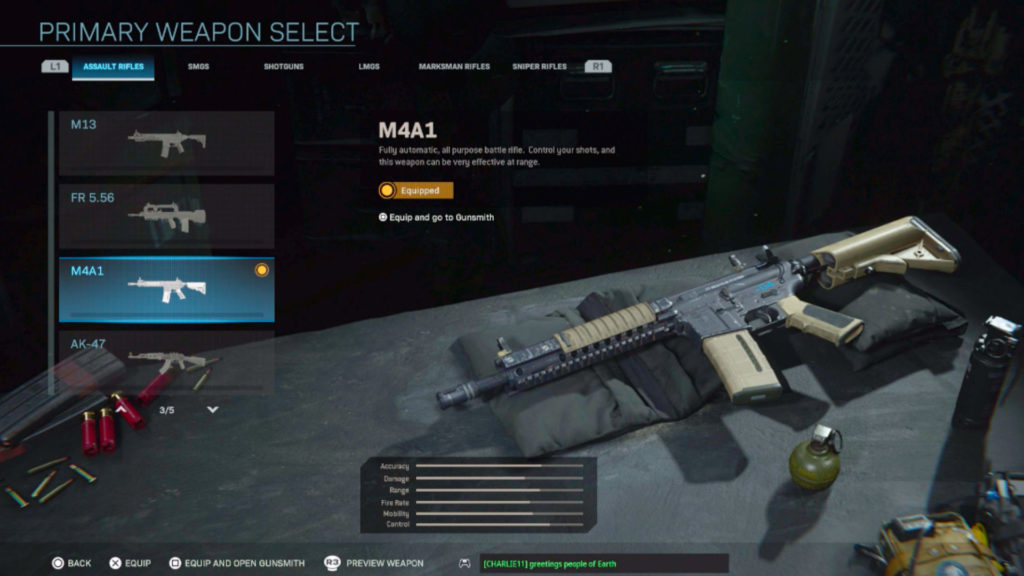 Fortunately, the choice of perk - three as usual in every Call Of Duty - and the main and secondary weapons to use, as well as grenades and other tactical objects, does not require the use of any kind of point in Call Of Duty: Modern Warfare, as was the case in the other chapters. No more constraints then, you can pick any number as you see fit. It therefore seems to be back to the origins, with a customization system taken up with both hands, and without fault, by the most fortunate chapters of the series. Finally, each weapon has its own level, to be increased to unlock additional accessories and features.

It comes into play

Let's now talk about the beating heart of every Call Of Duty: the gameplay. The feeling of play is immediate e responsive, as well as simple and functional. The first big news that catches the eye is the absence of the minimap: in fact this will not be available except through the series of UAV kills, but the ease of activation of the latter, combined with the resulting increased immersion, does not make you perceive this type of lack, removed perhaps the initial loss effect. The controls are the same as all the other chapters, without additions or innovations. Unthinkable jumps completely disappeared and walls climbed, elements already absent in World War 2 but that they had found some remnants in Treyarch's last work. The possibility of open doors present on the scene as we move on the battlefield: it may seem an apparently superficial addition, but after a thorough study of level design it can be a fundamental surprise effect against the enemy team. 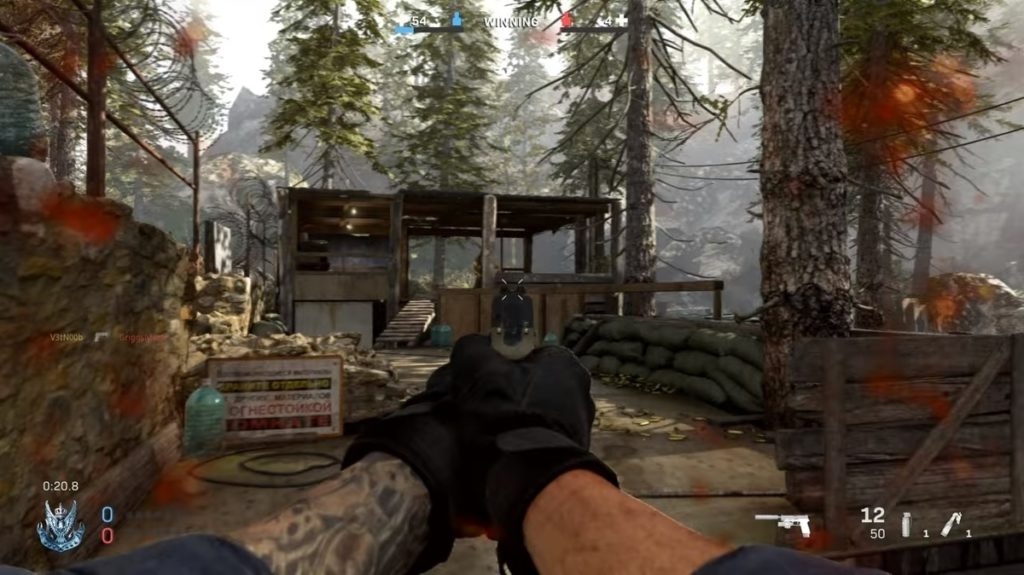 Because of the way the weapons were made, the gunplay is truly rewarding. The developers have focused on realism, and this choice of design translates, from the gameplay point of view, into the different recoil and the different responsiveness, weight and manageability of each weapon used and transported. The game maps, although for the moment I could only try three - Azhir Cave, Grazna Raid and Hackney Yard - present a satisfactory design e well studied, which allows you to memorize them in a short time and makes them anything but dispersive. On the contrary, in Call Of Duty: Modern Warfare, despite the small size of the three maps present, there is not a single one point of fire where most players are concentrated. The feeling, of course, is that in the final game there will also be very large maps, able to enhance the classes that make long distance their strong point. The serious killings will be obtainable only after this time kill and not simply accumulating scores, which certainly helps to make the fights more dynamic.

From a technical point of view, Call Of Duty: Modern Warfare gets along very well, with 60 fps stable on PS4. The graphic quality of the character models and, more generally, of the game textures is truly commendable. There are obviously smudges and imperfections, mainly represented by the delay in loading the textures that can give rise to grotesque results. All in all something on which to pass on, however still being a beta and not a complete version. 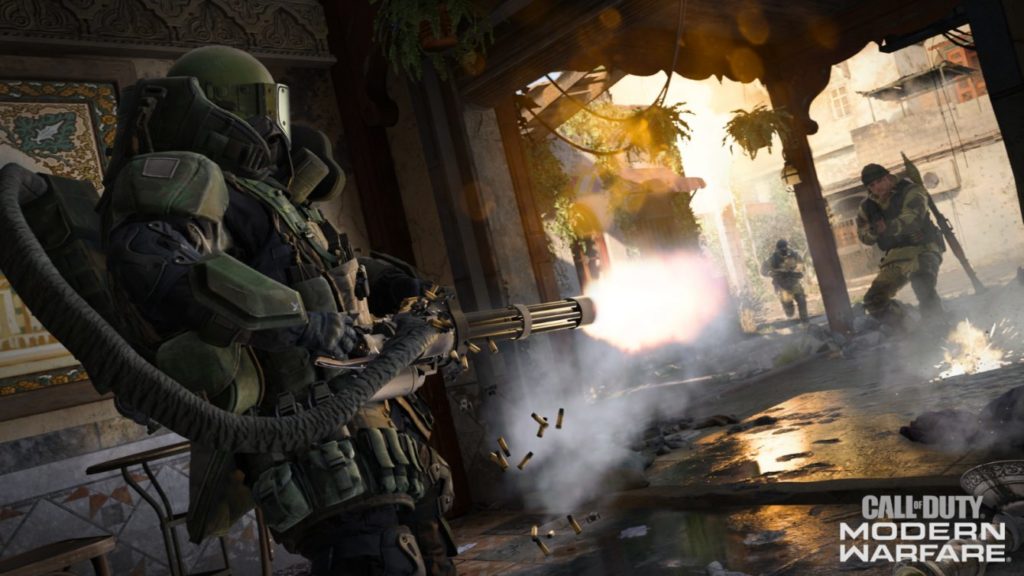 Call Of Duty: Modern Warfare, although it may be too early to say, is a straight leg candidate for being one of the best chapters of the brand. The COD that the Soap, Price and company saga fans have been looking for too long could really be this. The gameplay perfectly follows that of the Modern Warfare, with a pattern of movements that turns out to be the best one today. Before long you will also be able to try an open beta (scheduled for the weekend) of the title, in order to make a personal idea of ​​it. But I strongly advise you, if these are the premises, to keep an eye on and don't let it get away.