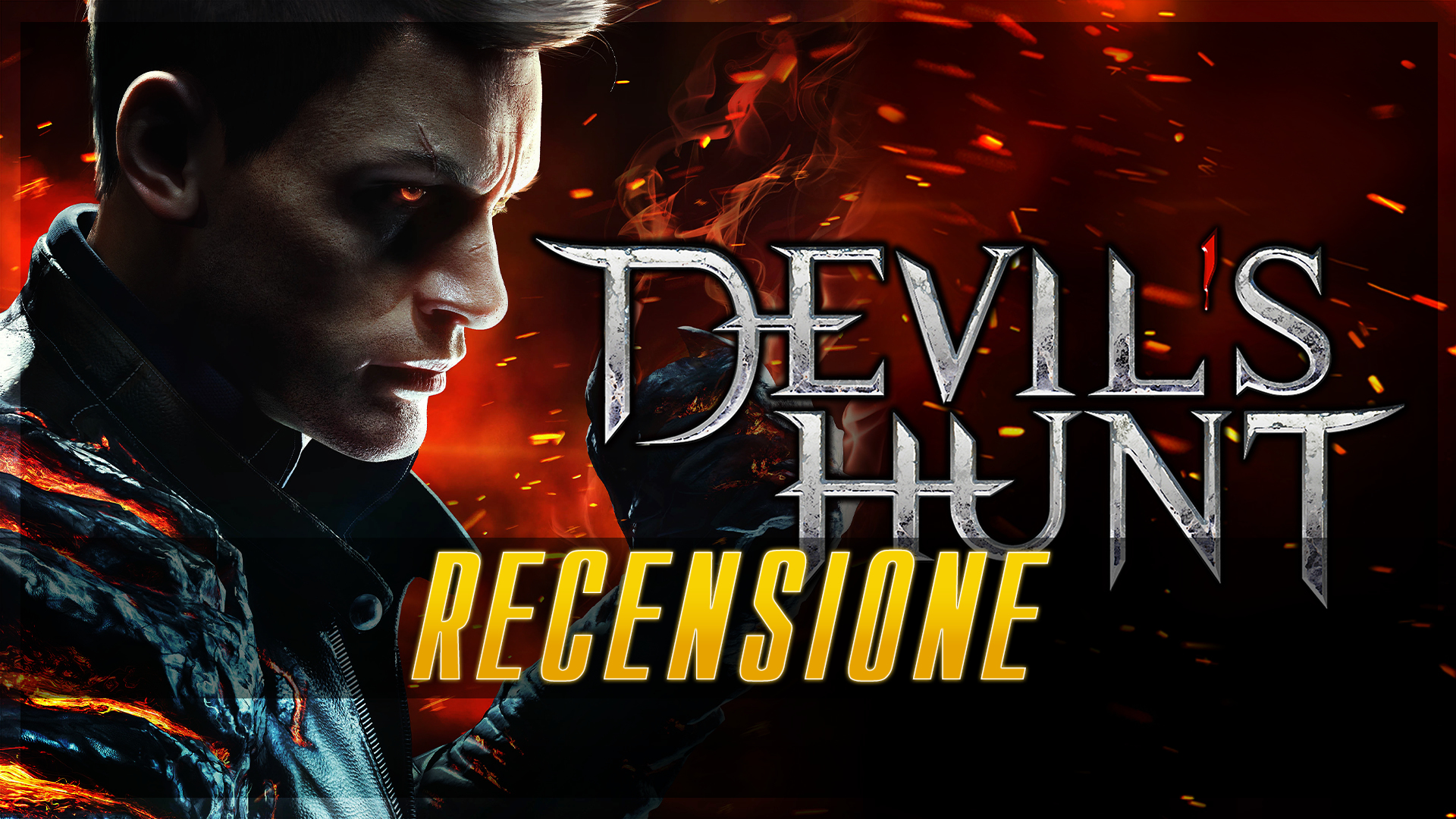 Layopi Games is a software house small but undoubtedly ambitious. In fact, the Warsaw-based indie studio sets goals that it would be an understatement to call "brave". Not only do they aim at a first-rate technical level and original stories but, above all, they want to bring innovation on a playful level with elements never seen before. In short, a decidedly bold statement of intent. The (first) test bench is the expected Devil's Hunt, an action game that seems to wink at the founders of the genre and that has the novel behind it "Equilibrium" by Pawel Leśniak.

Desmond Pearce is a spoiled scion of a wealthy Miami family and he really lacks nothing, except perhaps a few neurons. Villa by the sea, big car, friends and a beautiful girl, who will soon be asking for help. Desmond is also a phenomenon in the ring and disputes several meetings, especially illegal ones, to further pamper his ego, living a life completely dedicated to hedonism. Something is about to change obviously and a series of events leads the protagonist to lose everything, devoured by despair finally chooses to commit suicide: his true story begins here. It is in fact "rescued" by a shady figure who works for Lucifer, and the latter will enlist him as his lackey, in exchange for the possibility of revenge against those who destroyed his life. Desmond is therefore endowed with phenomenal demonic powers and sent back to Earth a fight in the name of the Underworld. But the boy is much more than a simple henchman and holds within him an unimaginable power, of course.

The beginning may seem little inspired and indeed it is, but what really goes to invalidate the transposition of Leśniak's work is the absolute superficiality of the writing. The characters are cut with a hatchet, confusing dialogues and sometimes incomprehensible direction. Desmond and the other comrades try to make striking sentences, sharp jokes and epic monologues but the result is grotesque, almost childish. The production cut seems to be that of a B Movie that takes itself too seriously, nipping in the bud the sporadic good ideas that the script presents during the plot, however very flat.

While encountering striking problems of writing, in a production of this kind it is clear that the importance of the plot can count a lot relatively and that what really matters, is the naked and raw gameplay. Unfortunately too at this juncture Devil's Hunt limps visibly, stumbling several times. The combat system promises to be frenetic and reactive, enriched by three different Skill Trees which can provide us with offensive, defensive and terrain control tools, but it all sinks very soon, even after unlocking most of the mechanics. Missing a lock-on on the opponents first, which could also be a marginal flaw, if not that moving and hitting the targets is cumbersome and inaccurate. Desmond's attacks and enemies lack power, the weight of a blow is almost never felt or the physicality of a slash. The dodge is a short shot that is difficult to control properly, and the supernatural powers have the feeling of special effects of bad workmanship.

We will also have the possibility of turn into a powerful demon for a short period of time (not unlike Devil May Cry's Devil Trigger) but among all the combat solutions this turns out to be the least successful, considering that we can perform only one type of attack in this form. In conclusion, you fight so much in Devil's Hunt but you almost never have fun: ultimately this is obviously the most serious defect of production. The rest of the gaming experience is punctuated by a very linear but angular advancement and puzzle sections that are difficult to effectively define as such, in a game world that does not have the slightest interest in the construction of level design. The settings are few and uninspired, making you feel a strong sense of repetitiveness in the eight hours necessary to complete the experience.

A artistic level, Layopi Games packs a work enough insipid, albeit with some interesting flicks but not particularly fresh. The character design is terribly sketchy and listless, preventing the possibility of becoming attached to the supporting players right from the start. The game world around us presents an imaginary that is too simplistic and predictable, the glance is almost never satisfied except in a couple of cases, also due to a massive recycling of assets.

Technically, the title is unfortunately consistent with the rest of the production. A not exceptional polygonal mass, but still sufficient, clashes with a fluctuating texture compartment, mediocre volumetric and particle effects. Just the lighting gives, very rarely, some beautiful images. Unfortunately I found a tremendous frame rate at any level of detail and with a configuration that largely bypasses the minimum requirements (the recommended ones have not yet been published). It is also easy to come across any type of bug and technical headache during the experience: stuttering, tearing and a strong texture pop-in, without forgetting the interpenetration of polygons, audio problems and a handful of other more or less intrusive smudges.

We are therefore faced with a product that has the strong flavor of Work in progress, a problem that the development team is also aware of, and is currently trying to finish and clean up the many imperfections afflicting his firstborn. It is therefore possible that these problems will be solved for the day, during my trial two quite substantial patches have already been published, but there is no certainty about it.

Honestly, considering that the game published by 1c Entertainment it is sold at a price budget, once the problems listed above have been settled one could even turn a blind eye to the technical question, however these imperfections are the last problem of Devil's Hunt. Different speech for the polishing of production, which makes the nose distort dramatically. The construction and design of the menus seems to have been literally skipped, giving it enough impact bleak and almost scholastic. I really regret writing these words but Layopi Games' work seems almost like a budding project of a digital art academy rather than a finished title ready to enter the market.

Despite everything, I took the Layopi Games title to heart. Devil's Hunt is also afirst work and, like all first works, lawfully presents a series of defects and naivety due to the inexperience and difficulties of creating such a complex product with difficult management. In some moments the passion that the studio has put into this game but the end result is really too far from sufficiency to be able to recommend the experience to the public. The hope is that the software house will take advantage of the coming months work hard on console versions of Devil's Hunt (scheduled for the first quarter of 2020) and can therefore offer us a complete and satisfying experience, because it is the basis for an interesting action. To date, the gargantuan ambition of Layopi Games turns out to be too cumbersome and perhaps a little short-sighted, making it so take flight, but on wax wings.

InXile leaves clues to its next title