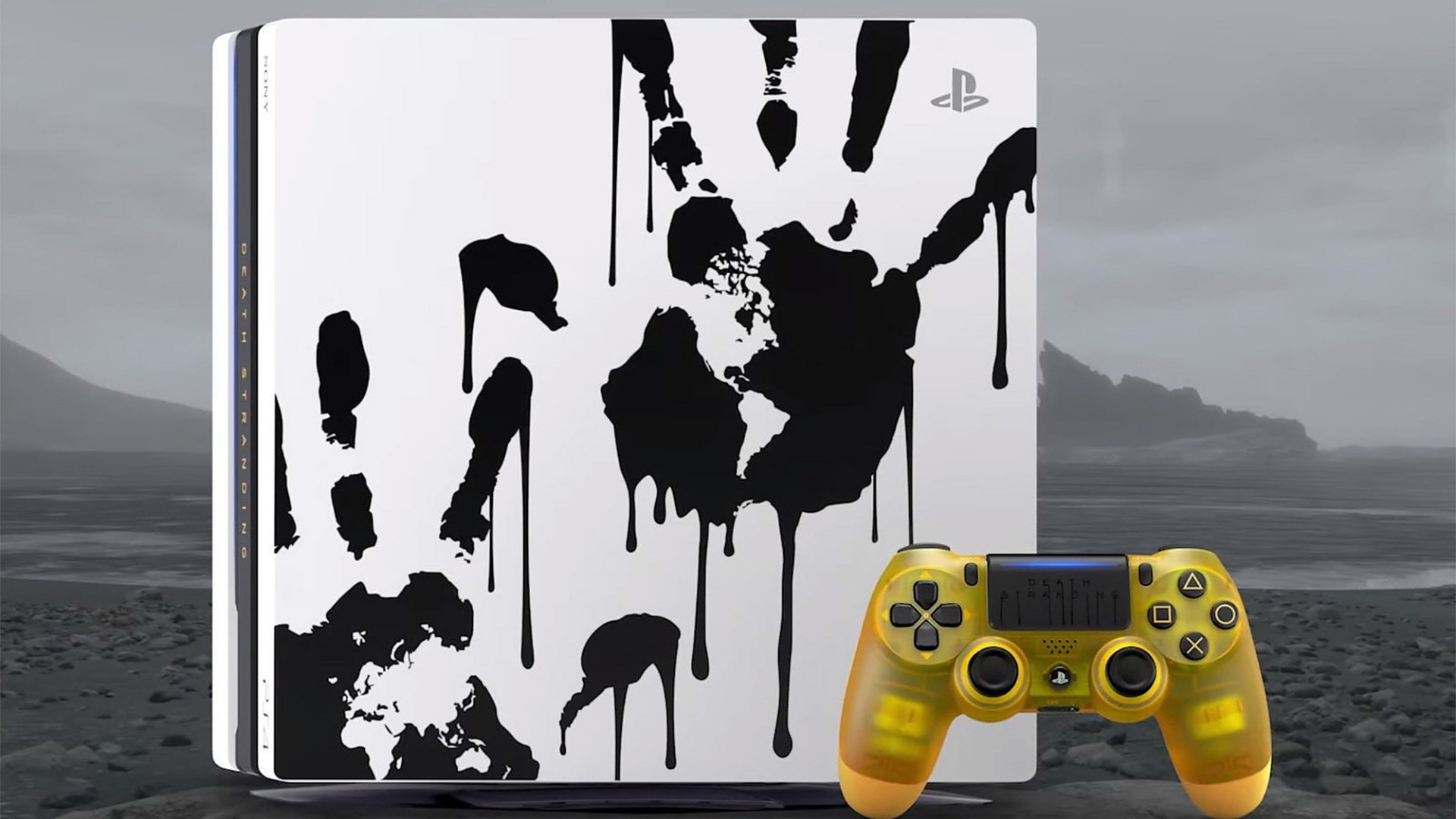 During the conference State of Play of last 24 September Sony has presented a special version of PlayStation 4 Pro dedicated to the latest and now imminent work of Hideo Kojima, Death Stranding.

La Limited Edition in question will be characterized by a white coloring for the predominant part, with black details such as the central module of the "sandwich"Which constitutes PS4 Pro, on which it is possible to read the characters in gold that make up the name of the title developed by Maestro Kojima. The upper part presents instead of handprints, within which it is possible to distinguish the whole terrestrial world map. 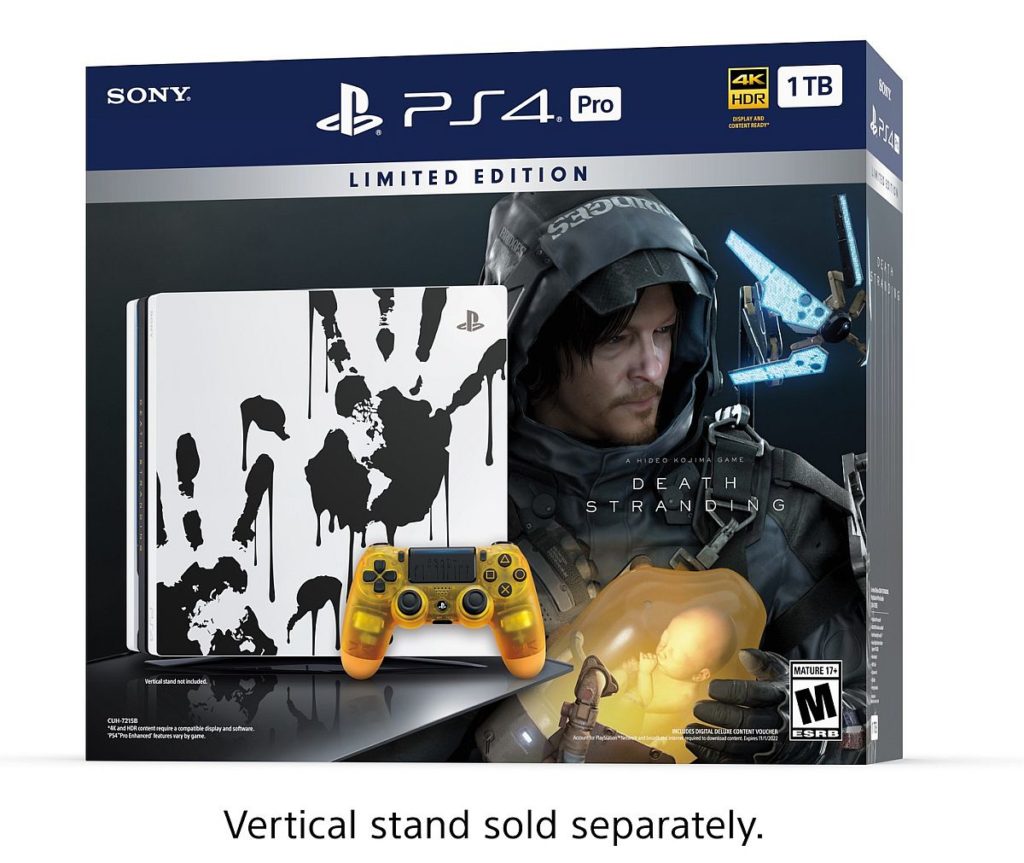 Complete this very special PlayStation 4 Pro, in a well-maintained version 1 Terabyte of space, a controller having a coloring semitransparent orange so far unpublished to the Sony home consoles to revive the design of BB-pod containing as unexpected as disturbing baby which turned the heads of the fans at the time of its appearance in the first teaser trailer of the title now several years ago.

The Death Stranding edition of PlayStation 4 Pro will include the version on disk of the security and will be sold at the price of 399,99 € in the US and Canadian markets and will be available starting from the next 8 November 2019. There is currently no information regarding the arrival of this shocking console also in European and Asian territory, but given the forthcoming arrival on the title market, we imagine that thepossible announcement could be around the corner. 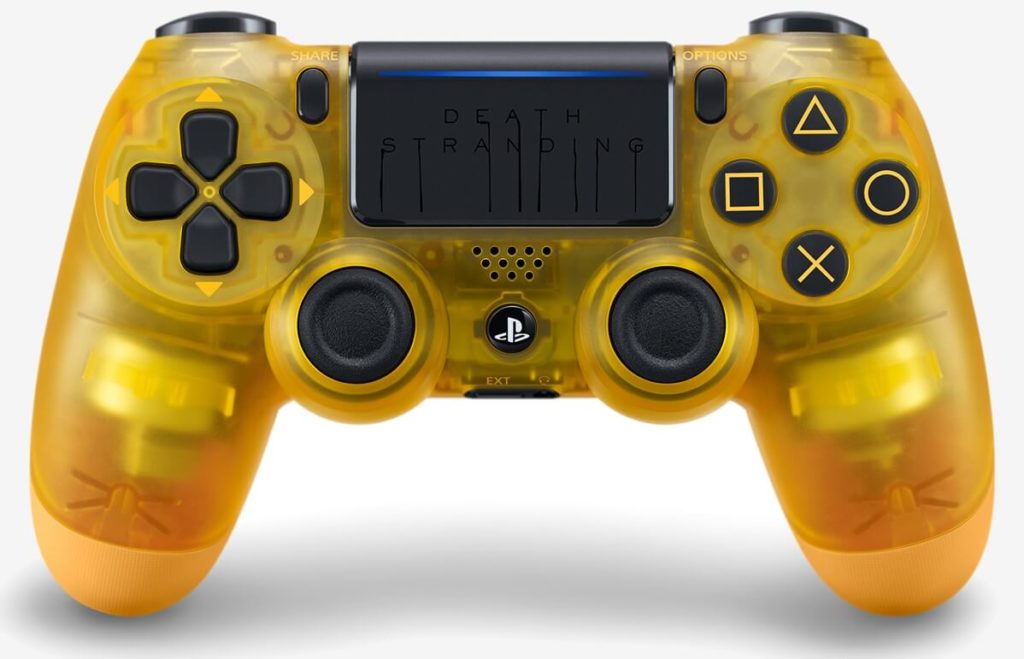 What do you think oflast effort by Hideo Kojima, formerly the father of the historic series Metal Gear? Will the still very mysterious Death Stranding be able to compete with its predecessors? And if they asked you to choose whether to sell it old PlayStation 4 Pro together all your games in your possession in exchange for the Limited Edition of Death Stranding, where would you display this new gem from Sony?

Star Ocean: The Divine Force will arrive on all platforms in 2022

Deathverse: Let It Die announced during the State of Play

Andrea Schietroma - October 28, 2021
Last night wasn't exactly a memorable State of Play. Many users were quite disappointed with its content, consisting of ...
News

Star Ocean: The Divine Force will arrive on all platforms in the ...

Andrea Schietroma - October 28, 2021
Star Ocean: The Divine Force, presented during Sony's State of Play, will be released on all platforms. In fact, the game is not an exclusive ...

Trump, violence is the fault of video games

Super Mario Run is enriched with modes, worlds and characters