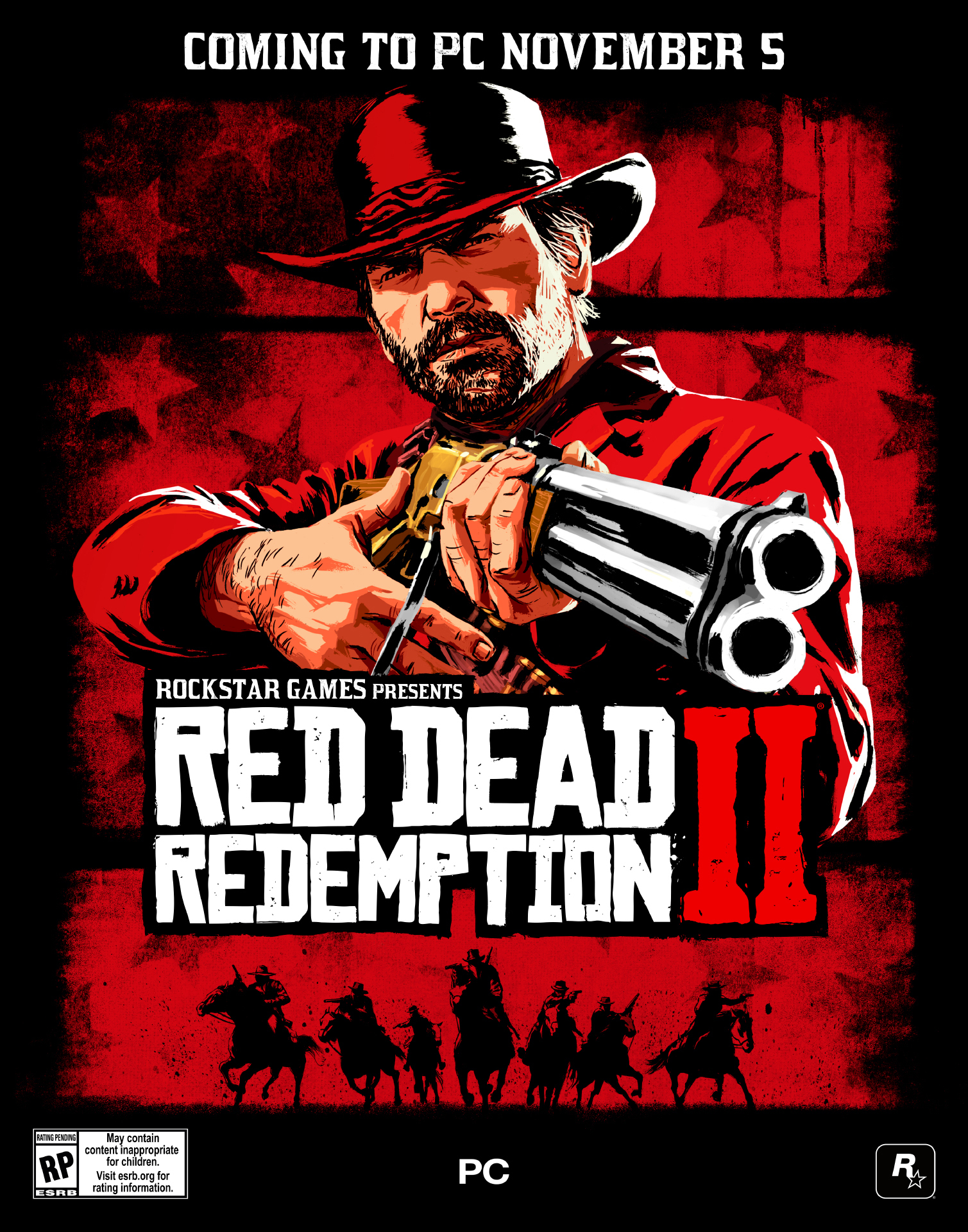 The first game in the Red Dead Redemption series to be featured on the PC platform, Red Dead Redemption 2 for PC includes a range of graphical and technical enhancements for increased immersion with new Bounty Hunting, Gang Hideouts, Weapons and more

Red Dead Redemption 2 for PC also includes free access to the shared living world of Red Dead Online, all previously released improvements and the latest content updates for the complete online experience, including Frontier Pursuits and the Roles of Bounty Hunter specialist, Trader and Collector for players to progress through and earn unique rewards.

Pre-purchases for Red Dead Redemption 2 for PC begin at 11: 00 am ET on October 9th exclusively on the Rockstar Games Launcher through October 22ndRockstar Games PC titles from the following:

Pre-purchases made on the Rockstar Games Launcher also includes free upgrades to the Premium Editions of Red Dead Redemption 2, with both the Special Edition and Ultimate Edition discounted by $ 20 each.

Red Dead Redemption 2 is currently available on PlayStation 4 and the Xbox One systems and will also be available this November as a launch title for Google Stadia.

Red Dead Redemption 2 is the highest rated game of the current consoles Generation with over 250 perfect scores and more than the 175 Game of the Year Awards, having achieved the single-biggest opening weekend in the history of entertainment *. With over $ 725 million in worldwide retail sell-through during its first three days, Red Dead Redemption 2 is the second-highest grossing entertainment Grand Theft Auto V, which achieved over $ 1 in retail sell-through in three days. *

Rockstar Games cemented their reputation as creators of complex living worlds with the Grand Theft Auto series, one of the most successful entertainment properties of all time with over 50 million units sold-in worldwide. Through a string of critically acclaimed games including the Grand Theft Auto series, the Red Dead Redemption series, the Max Payne series, bully, LA Noire, The Midnight Club series and The Warriors, Rockstar Games has helped propel interactive entertainment into the center of modern culture.

The statements contained herein which are not considered facts forward-looking statements may be identified by words such as "anticipates," "believes," "estimates," "expects," "intends," "plans, "" Potential, "" predicts, "" projects, "" seeks, "" should, "" will, "or words of similar meaning and include, but not limited to, statements regarding the outlook for the Company's future business and financial performance. Such forward-looking statements are based on the current beliefs of management as well as assumptions made by information, with inherent uncertainties, risks and changes in circumstances that are difficult to predict. Actual outcomes and results may vary materially from these forward-looking statements based on risks and uncertainties, including dependencies on key management and product development, our dependence on our products. the timely release and significant market acceptance of our games. 10-K, the Company's most recent Quarterly Report on Form 10-K, the Company's most recent Quarterly Report on Form filings with the SEC, which can be accessed at www.take2games.com. The following statements are made by these cautionary statements. The Company undertakes no obligation to update any forward-looking statements, whether as a result of new information, future events or otherwise.

Welcome to the Next: NBA® 2K20 Now Available Worldwide

LEGO Group and Nintendo announce partnership to bring the legendary ...