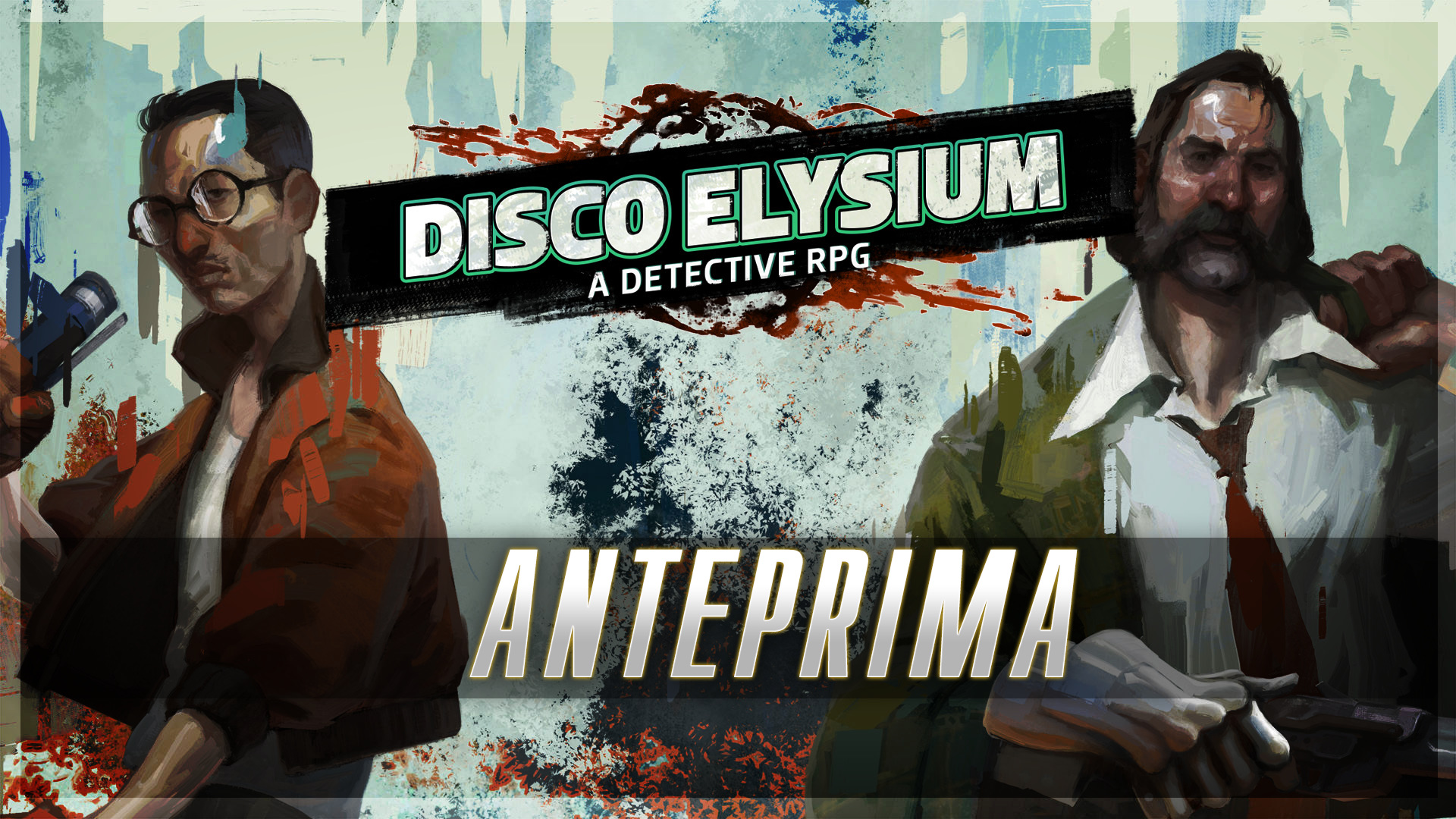 Eastern Europe continues to give away

I am not one of the oldest people on the planet, but now I have about twenty years spent in the world of video games. But more than time, my tastes are extremely wide to have influenced me, since I play with practically everything, accumulating a park of 2000 games and passes titles. I'm still not tired, the passion still burns strong, but it becomes increasingly difficult to find something really new, never seen before.

There are so many extremely competent games nowadays and for all tastes. And then there's Disco Elysium. A game who knew how to capture my attention in a profound way, involving me as few others knew how to do.

The premise is very simple: you are a police detective and you wake up without memory due to a somewhat unrestrained alcohol-based night. From here, you are quickly returned to the piece by the various NPCs and your faithful helper: there has been a murder and you have to find the culprit. Simple story, straight to the point and does not take long to become interesting.

The human mind is the most fascinating thing about creation

It only takes a few moments to understand that Disco Elysium is a different experience, centered entirely on writing and dialogue, with the world but above all with oneself. Very few games have tried to bring the player in the world of the human psyche. The Japanese tend to do it in a very extrovert way, using robottoni and people with strange powers to try to do psychoanalysis, as in the glorious Xenogears. Westerners if they try, they end up with Psychonauts. In other cases, games like Planescape Torment lead to deep reflections, but rarely is it inside the protagonist's head.

The game can be seen as a graphic adventure more than an isometric role-playing game, as everything is done through text and wandering around and interacting with the objects of the game world in a point and click manner. Your character is deeply characterized, despite having only 4 main features: one indicates our intelligence, one our personality strength, another brute force and the last our capacity for motor coordination. Each of these characteristics is associated with skills, all expressions of the primary. Descendants of intelligence we find abilities as conceptualization, encyclopedia and visualization, all an expression of how our reasoning and calculating ability interprets the world.

These skills are constantly manifested during the adventure in the dialogue system. At each analysis, the different souls of the psyche speak with you, going to enrich the superficial information you get. Imagine we are looking at a crime scene: if your analytical skills are well developed, you can link the elements of the scene to each other and understand for example that a type of damage was caused by a bullet. These items are not purely passive, but it is possible to interact with them. Speaking with your inner thoughts, recreate the complex system of our mind.

A thousand adventures to the rhythm of Disco Elysium

A decidedly innovative flow of dialogues is created. Everything you experience is sifted through all parts of your psyche, and for the first time you really find yourself inside a character's mind. Everything exponentially improves the role capacity we have and greatly diversifies the gaming experience, based on how we have distributed our skills: the game world is therefore built to have many states of failure and success. In my test, I started the game a couple of times just to test this possibility and I was surprisingly surprised. I reached the same point with opposing characters, who had accumulated totally different knowledge and were seen by the npc differently.

Disco Elysium also has another mechanic that reinforces its strong psychological introspection: by choosing specific dialogues, you can insinuate ideas or thoughts into your mind. These must be "equipped" to reason over time in order to internalize them, producing different bonuses and penalties depending on whether they have been resolved or not. In a dialogue I showed a strong feminist drift and my character became able to equip this thought, devoting time to analyzing it to better understand himself.

After the first day in the game, I was completely captured by Disco Elysium. I can't wait to continue and try to live in this world with my disadvantaged protagonist. The world built by the guys from ZA / UM, Estonian developers, is interesting, complex and seemingly vast and will take many hours to be fully enjoyed. But if we keep the tones of the first few hours, we are faced with a resplendent gem.

If you love graphic adventures and role-playing, if you are not afraid of a fully textual adventure, here you will find genius. And that did not come to me saying that the gaming world has no more ideas.