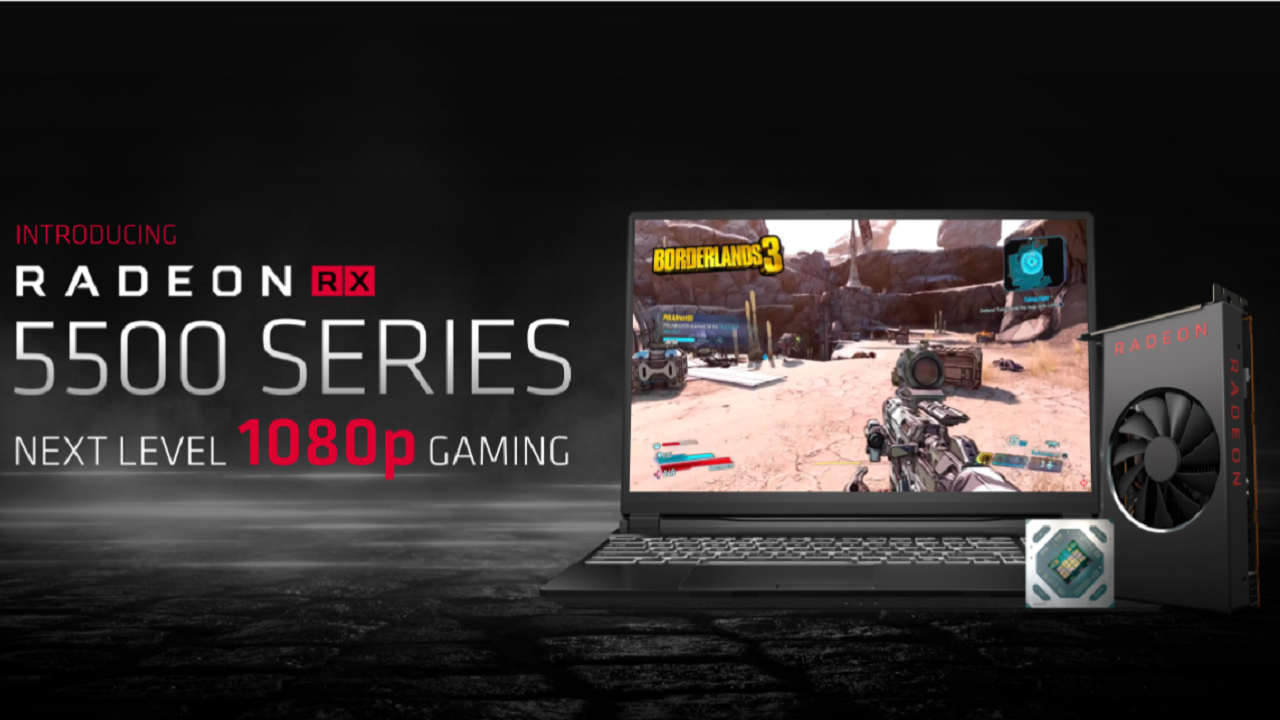 AMD faces the medium-low band with its new proposal: theRX 5500 and his mobile companion RX 5500M.

The RDNA architecture at 7nm is therefore also declined in a lower power version compared to RX 5700 and RX 5700XT, to fulfill a very simple purpose: playing in Full HD (1920 × 1080) with high details in modern games. AMD places this card in its marketing campaign against Nvidia's GTX 1650, both for the desktop model and for the mobile model.

The choice to use Nvidia's 1650 as a comparison appears a little misleading. The RX 5500 has a TDP of 150W, against the 75W of the GTX 1650. We are going to compare power boards that are clearly different and therefore it is obvious to expect that the RX 5500 is much more powerful. According to the company, we have to expect up to 37% more performance. In front of a double consumption. Not really a nice advertisement for its 7nm technology. Comparing it with cards of its own family, the 5500 RX should have higher 27% performance than the 480 RX with lower 20% consumption.

Obviously this card supports all the features of the older sisters: the Radeon Anti-Lag, the Freesync adaptive refresh rate, and the FidelityFX sharpening filters.

However, the comparison will really make sense once the final price and release date are known, again unknown. We just know that it will pop up on the shelves in fourth quarter of the year. the RX 5500 could prove to be the best purchase for the medium range and therefore reinvigorate the competition in the wider market segment.

Phil Spencer: “Consoles aren't the stars of the show. It's the Xbox ecosystem "

Di Sarno Raffaele - 19 September 2020
Following the reveal of the price of PlayStation 5 in the past few days, many users have shown a fair interest in the all ...
Bricks

Cesare Andreoli - 19 September 2020
Today we have with us for Parliamo di Videogiochi, Guido Benetti, an old-time builder known throughout the country for his robots and ...

Dragonball FighterZ - Goku of Dragonball GT shows itself in a ...