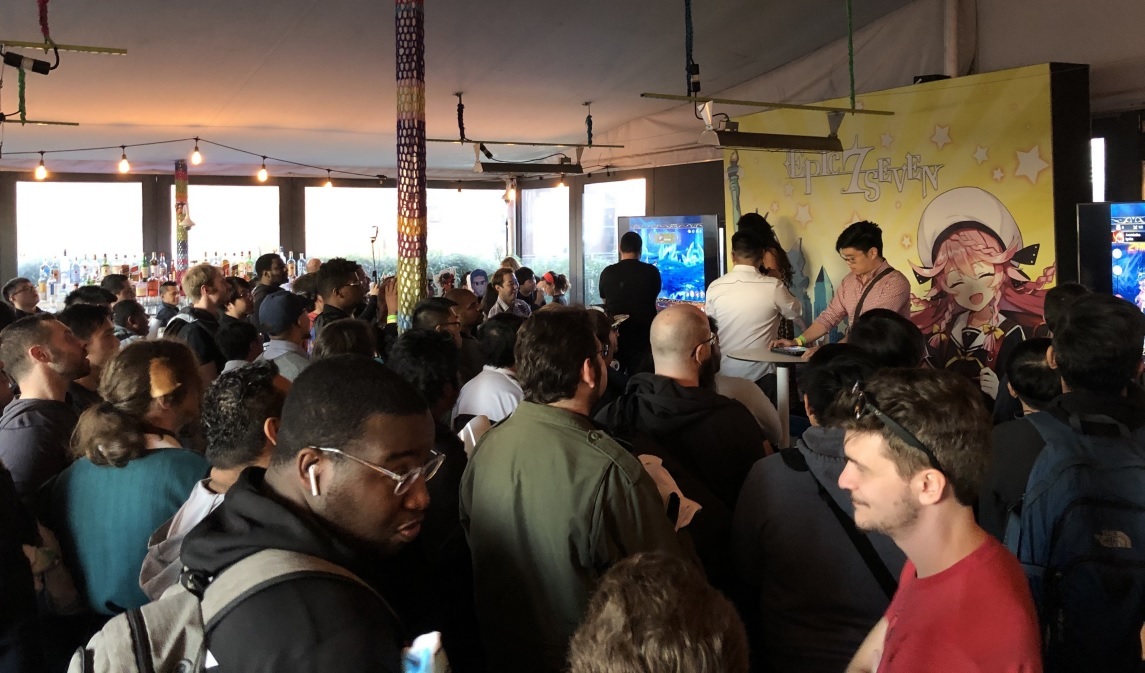 At a grand size of 1,650ft2, the Epic Seven booth greeted visitors at the entrance to the exhibition hall with a variety of features including Photo Zone, Exhibition Space, Cosplay Zone, and Demo Zone.

Thanks to the help of top cosplayers "Rolyatistaylor," "Daniella Denicola," "Lorentz," "tomia," and "chobi," the Cosplay Zone was very popular with visitors, who also enjoyed the game themselves in the Demo Zone. The Epic Seven booth continued to maintain a steady stream of foot traffic throughout the entire event, demonstrating the game's growing popularity in the North American market.

100 pre-selected players were given the opportunity to attend the "Epic Seven: Heirs Unite New York" meet and greet in the lounge of the nearby YOTEL Hotel, attended by the Super Creative co-CEOs and Smilegate Megaport Manager Sanghoon Lee, who spent an insightful time carefully listening to players' opinions. Epic Seven while enjoying mini-games competitions and events where a variety of Epic Seven were given as rewards.

"October 4 was a joyful day, as our booth received even more visitors than we'd expected," said Sanghoon Lee, department manager at Smilegate Megaport and head of the Epic Seven service. "We will work hard to repay all the support we have received with even better service and continue to create more opportunities to reach out to our global players," he added.

New York Comic Con is the largest pop culture convention on the East Coast of North America, and this year's event was attended by over 250,000 people.