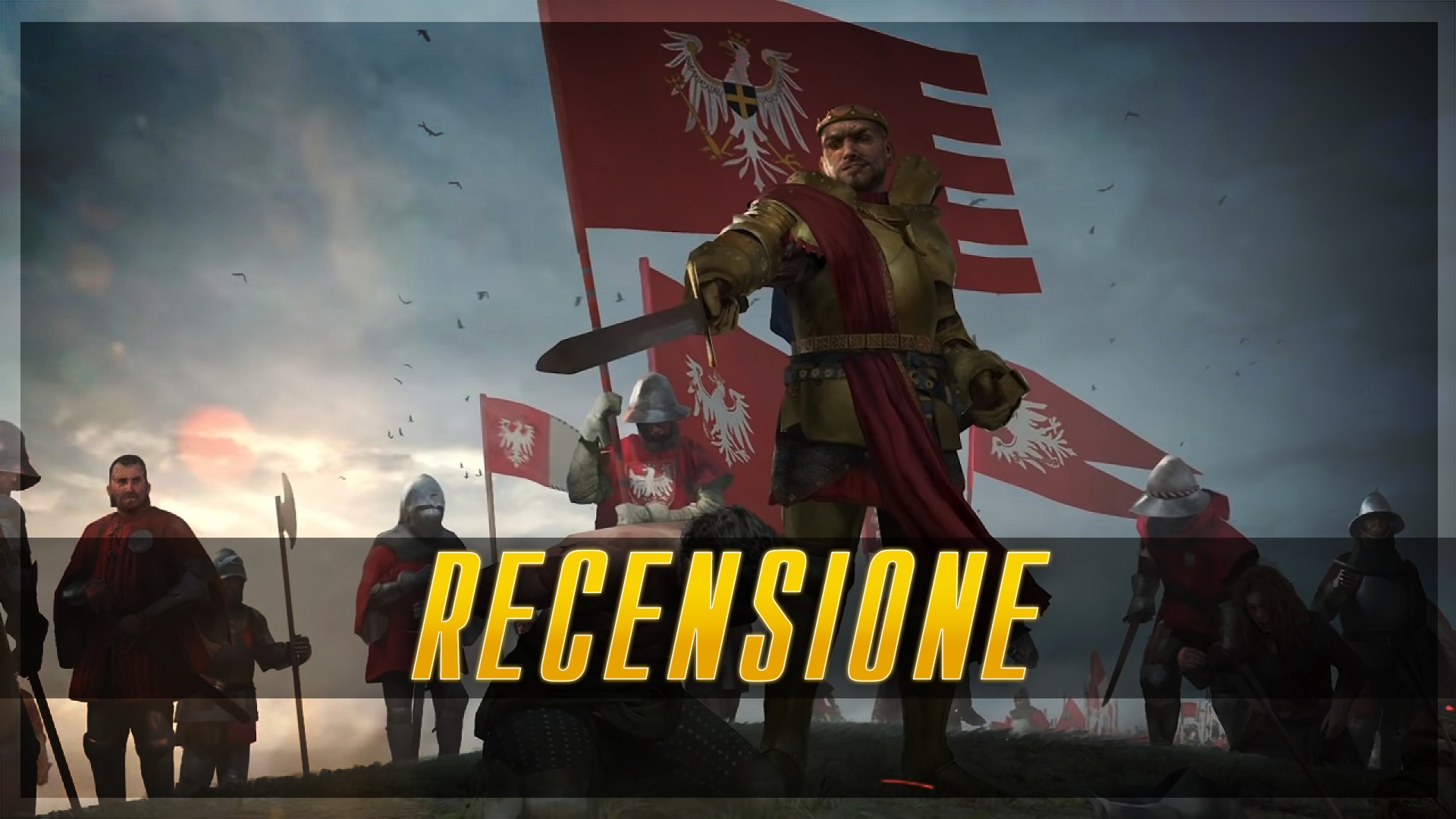 Three months away from thelast content drop, Arrives Iron Judgment, the new expansion for GWENT: The Witcher Card Game. This release fully confirmed how the developers gained momentum and are ready to release a new set every three months, as in most CCGs online and otherwise. And that set: Iron Judgment is an excellent product, even better than the previous expansions, under practically all points of view.

The central theme of the Iron Judgment set is the return of the ambitious - and probably crazy -  Radovid, at the head of Redania's troops, the last great northern kingdom that was still missing. Obviously every faction has received some noteworthy updates: for the monsters, numerous insectoid beasts have already been faced in the video games of the Witcher series; the lenders, though not too noble, Nilfgaardian knights go to swell the emperor's ranks; from Skellige new fearsome pirates set sail, and a handful of unruly dwarves joins the Scoiatel. Finally Salamandra, the criminal organization that had set in motion the story of the first The Witcher, joins the union, finally giving space to iconic characters of the series, such as the Professor and Azar Javed, also in the card game. 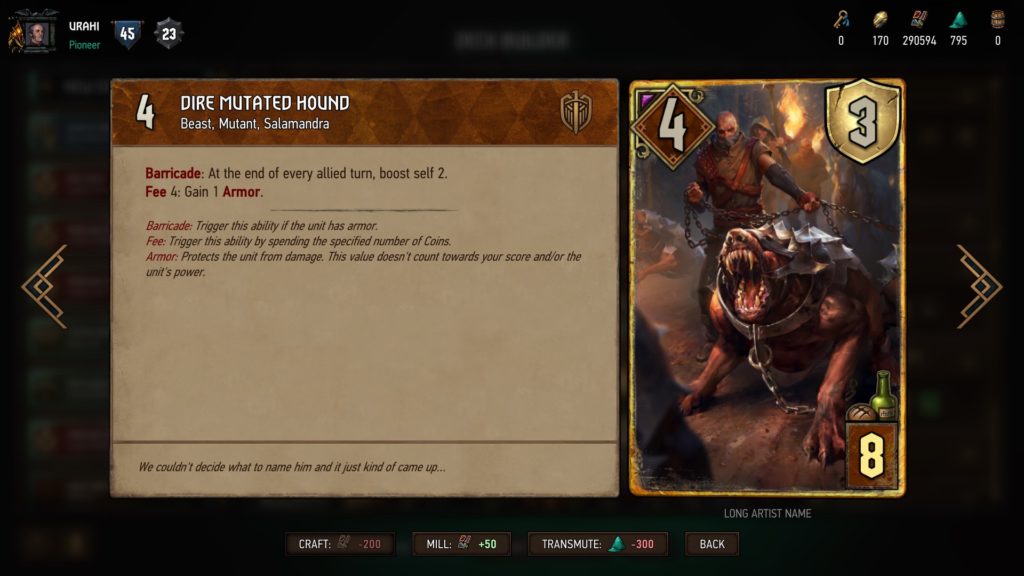 Also added numerous neutral cards that constitute a sort of autonomous faction composed of bandits, which can be integrated perfectly into any deck.

The first impact with a Gwent set is always phenomenal, I don't think there are any doubts about it, so much so that it has become almost boring to talk about it, but this will certainly not prevent me from doing so: the level is as high as ever, and there is no lack of real masterpieces that I believe remain unparalleled in the sector. You can't even talk about Iron Judgment filler, since literally every single card is a feast for the eyes, both in the standard version and in the premium version, even if some of the latter still have to be added to the game, as had already happened previous times. But the animations remain fantastic. 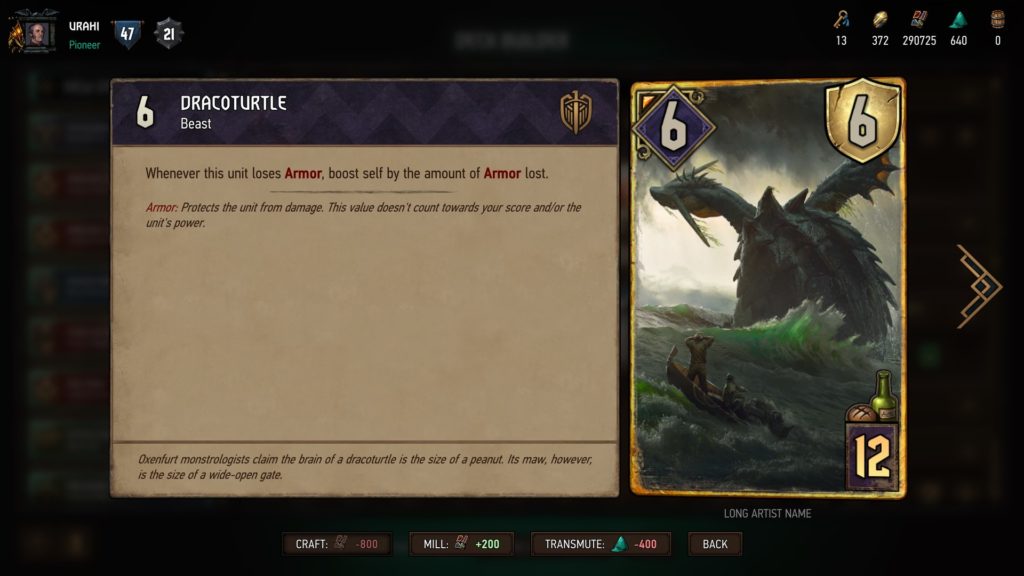 But this set offers much more than many beautiful images: the new mechanics mainly revolve around the armor, a concept already present in the beta, which consists of a physical barrier to damage which, however, does not affect the final score of our units. Obviously it does not end here, and in fact in Iron Judgment various skills have been introduced relating to the presence or absence of armor on a unit:

-Barricata: activated ability if the unit has at least one armor point

-exposed: effect (usually negative) that is activated when the unit completely loses the armor

-Defender: conceptually similar to provocation in Hearthstone, this keyword indicates that the unit in question becomes the only possible target for the enemy in the whole row, thus protecting other more valuable but vulnerable units.

No retroactive changes were made to add armor to cards from previous sets, although it was already present in some cases during the beta. A change that has instead been made, and which marks another significant departure from the origins, is the removal of the leader cards, which previously represented who would lead our army on the field, and also indicated their abilities. Now, however, each faction has six unique skills to choose from during deckbuilding, and you can select any faction skin that has been unlocked in the "cosmetic" department.

On the one hand, this novelty creates quite bizarre situations: seeing an old vampire spawn is not exactly "canon" in the The Witcher series, but on the other hand it opens up a lot of design space, freeing models and animations from the gameplay side, then moving towards a Hearthstone system, in which all the "classes" are immediately available, but the skins are paid or can be obtained with the rewards of the game. I personally believe it is a good system that would have been essentially unavoidable in the long run, and it is reasonable to imagine that leaders will return in the form of simple units in future expansions. 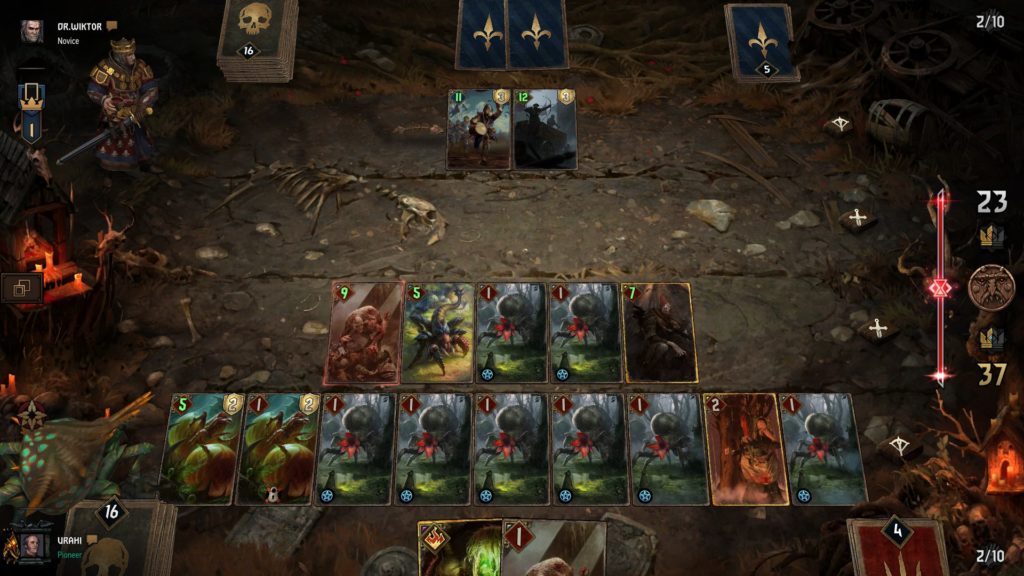 The goal of Iron Judgment is still undefined, but the dominance of the swarm archetypes seems to be quite clear, whether they are very, very angry insects, soldiers or dwarves. Also complicit some cards that need nerf, not too heavy, just to bring them back in line with the power level of the rest of the game. Unfortunately, in some cases armor tends to reduce interactions with other players, because the removal becomes disadvantageous, and it is better to bet on units capable of generating more points as possible, but the ability of players to understand when to slip off a round or when to push remains central.

The fact that, just a few days after the launch, practically every faction has at least one or two very strong archetypes is still a good sign, and this is probably the least stormy and polarizing debut. The few bugs in the interactions were quickly corrected with a hotfix, and at the moment the only surviving problem seems to be related to the skins of some leaders, which remain set even if changed from the special menu. What else to say: Iron Judgment is a truly quality product, recommended to anyone even remotely interested in The Witcher universe or collectible card games. The atmosphere is palpable, the magnificent designs, the amusing gameplay, and the new additions combined with the next launch on IOS (hopefully followed closely by the one on Android) make this the ideal time to approach GWENT. The game is one of the few free to play card games that really deserve this name, try it and you won't regret it.