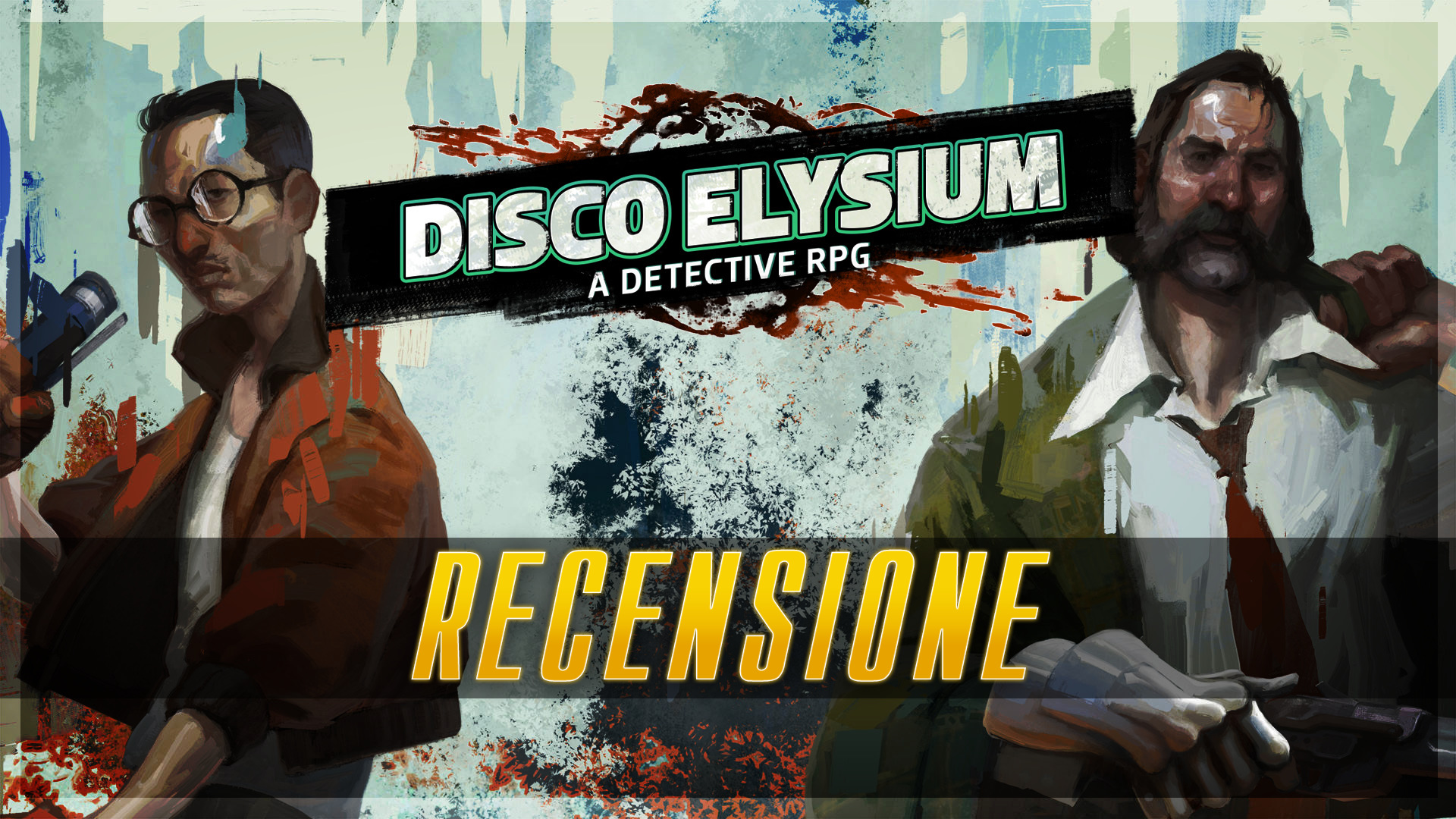 What kind of cop are you?

After aenthusiastic preview and about 20 total hours of play, I feel ready to review Disco Elysium.
The Estonian developers of ZA / UM describe it as an "open world role-playing game", but neither of the two definitions fully encapsulates it. The design of the map is open world, but the extension is not very high and it seems simply a big level. On the other hand we have skill points, experience and an inventory, but the game is 100% textual and point and click, without a combat system, having pacing much more like a graphic adventure or a visual novel.

In any case, let's go in order: there are two things that the game does extremely well and I'm the star of the show. The quality of writing is at high levels and the game mechanics bring to light for the first time a new way of understanding role playing in videogame form. Yes, even having a pre-existing character and not a player-generated character.

Do we really know ourselves?

The story is starting very classic: the protagonist is a policeman who, after a night of drinking, remembers absolutely nothing. This is linked to a case of murder to be solved. Some might say that the story with the protagonist without memory is a cliché a little abused, but in this case it finds new life thanks precisely to how the characterization is managed. To this are added numerous adult and political issues. You will be dealing with racists, fascists, communists, democrats and any other means. The themes are explored just the right: they never become the center of the discourse unless the player wants it and they can all be a good way to better characterize one's vision of the world. The result is a world of games lived, likely, even if different from our Earth.

Disco Elysium starts with choosing an archetype for your character. Archetype defined by Intelligence, Psyche, Physical Strength and Motor Capacity. All simple stuff to frame, then you switch to secondary skills: most of them influence your personality, with few relegated to environmental interaction. During the various game dialogues, there are plenty of hidden pitches on these abilities and you only see the effects of successes. All the personalities of your brain talk to each other to generate your flow of thought, and the player is sometimes at the mercy of these thoughts, other times he is a participant and average among the various voices.

During the central phase of the investigation this system gives its best. My character was very poor in the physical part, but much more mentally adept, both in the more empathic and in the more logical part. At each new clue, part of the psyche pushed to follow the instinct, to try to go beyond the facts, while the other, more extremely rational, tried to keep my feet on the ground. It was a striking and compelling response. I was very involved in the narrative, actively reflecting with myself on what was happening and what the truth was. If I had a different skill set, I would have experienced the events in a completely different way.

One of the most difficult things about video games is trying to reconstruct the sort of human intuition we have when we relate to others. Are they telling us the truth? Have we noticed nervous tics? What can the environment tell us about the person? Am I an empathic person? Too proud? Crowds? Disco Elysium manages to make me feel inside a complex, layered character who is in contact with the game world. The desire to see the case resolved and to be able to read more and more interactions of your brain will keep you glued to the screen. There are also other noteworthy elements, but I voluntarily glazed to avoid all sorts of spoilers. The game has several surprises in the narrative.

Save Scumming weren't even in Xcom

Even the rediscovery of one's being is well done and is the perfect way for the player to project himself onto a pre-existing protagonist. Not unlike the first Witcher, although here the personality of our detective is much more malleable, with an idea of ​​who he really was before the "forgetfulness" that comes only with the ending of the adventure. You have many chances to play a crazy and out of the ordinary character: it's a lot of fun.

Disco Elysium offers as a challenge to the player many skill shots. These have a certain success rate, and are passed with a die roll. Two dice from 6, to which your ability is added: if the predefined threshold is exceeded, the test is passed. The evolution of the character is therefore focused on improving one's abilities to easily overcome these shots. The game is built to continue even in case of failure, indeed, the tension of sudden failure or unexpected success helps to keep the tension high.

Unfortunately, there is nothing that prohibits the simple reload the save to try again. In my opinion this is a wasted opportunity, as the rest of the dialogues flow automatically: the developers could have forced the hand a little and created a mechanic that would not leave this possibility to the player, because basically, a shot with the 17% of success, it is enough that 10 is tried times to have a success, without increasing any skill. Try to live the moment and not try again.

Save scumming aside, the only one Disco Elysium's real weakness is the rhythm. Not for the narrative, which has some dead moments, but the side quests inserted wisely keep the involvement always high. I talk about the continuous wandering: the map does not have fast journeys and there is too much backtracking, at times it was a continuous back-and-forth. I had to take breaks. Added to this is uploads, since the game map is not huge and is loaded "all together", but whenever you have to enter a building, you need a load. I played on an SSD and still managed to be annoying. In a completely textual game, having the only part of traditional "gameplay" so scrapped was a disappointment.

From a graphic and sound point of view, I was happy with what I saw and heard, but did not lead to peaks of excellence. The music is very beautiful and evocative, although not very varied, and the graphic style adopted is pleasant and detailed to the right point. The dubbing, present only for important dialogues, is of good quality, with types of voice very out of the ordinary. Some might say that he is amateur in those situations, but in my opinion he gives a touch of verisimilitude to everything. It just seemed a bit over-resourceful, with higher processor and graphics card usage than I expected for such a game.

In conclusion, Disco Elysium is a game fans of role-playing games strongly textual they have to play. Even just to see the gameplay ideas set up by ZA / UM. There will be slow moments, but the murder case is addictive, the interesting characters, the dense lore and the many skills of the player allow to have significantly different experiences, emphasizing the "role" a lot. I really hope it succeeds, because this mechanism needs to be expanded even more in a sequel or similar project.


As a last note, but no less important for this: the game is in English only.

Matteo Runchi - July 12 2020
A few hours after the Ubisoft Foward event, during which Far Cry 6 should be announced, an earthquake shakes the French software house. A release published ...
News