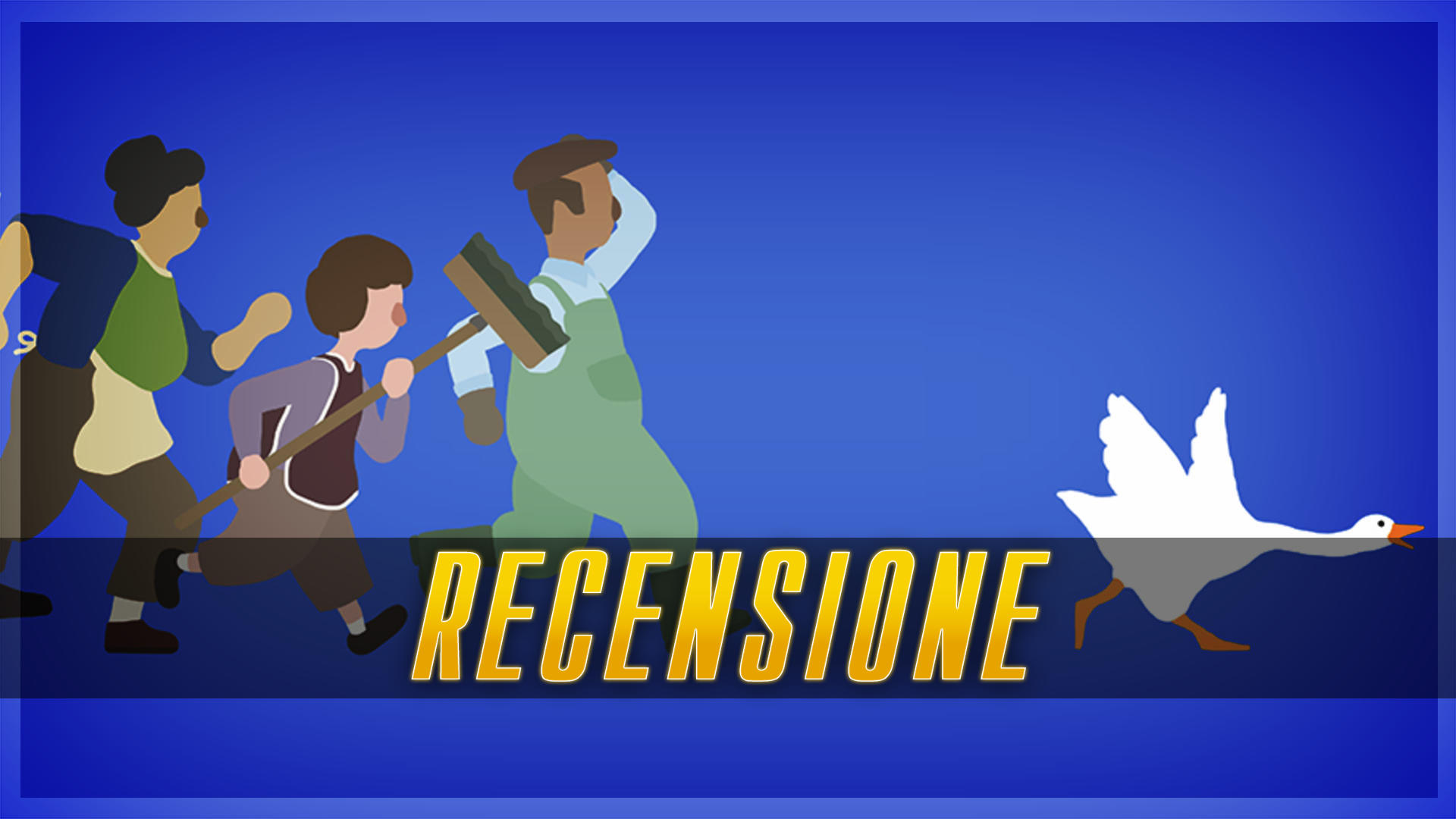 Untitled Goose Game It is a very personal game for me: at the age of twelve I was on a trip to the Bioparco and a goose ate the sandwich I had brought for lunch. All in one bite. Treacherous and wicked animals, as known in the regions of central Italy, where the ocarone - or the male of the goose - is feared and cooked for revenge in August. Untitled Goose Game perfectly embodies therefore the bad octopus, putting ourselves in the shoes of a particularly industrious bird, which aims to annoy the poor passers-by who crosses. 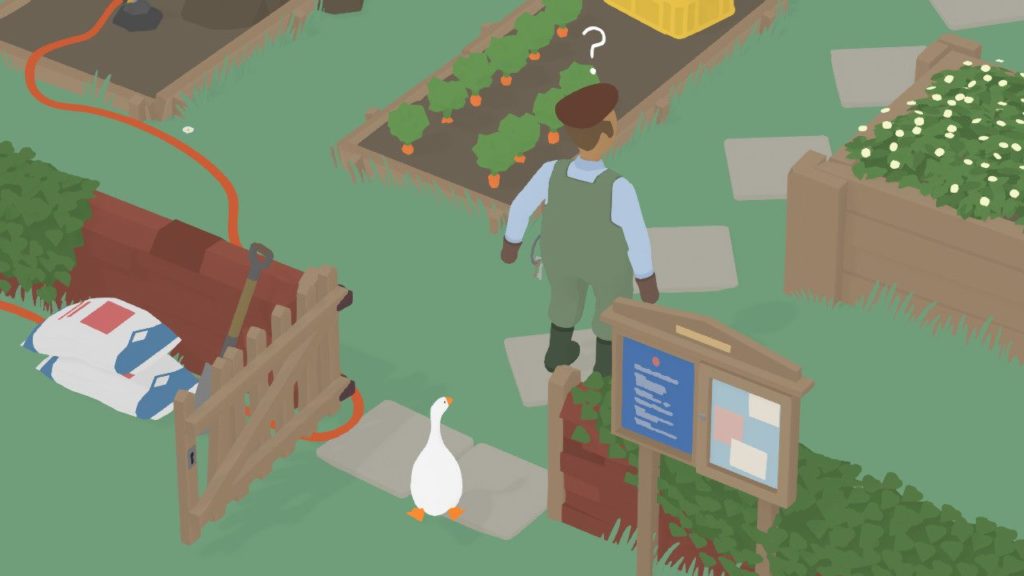 Despite its great ability to design evil planes, our goose has only four abilities: it can run, lower itself, squabble with spread wings or collect objects. A more than sufficient set of actions, which makes a great variety of misdeeds possible. In Untitled Goose Game we move from one area to another in a charming small town, and in every corner it appears a list of goals to complete. All lovely little things, like closing an old woman in a garage, stealing food or making people fall to the ground. Most of these activities are easy and intuitive, and there is no need to plan too much to understand how to behave, while other actions require a certain ingenuity and organization. We often have to go into stealth mode in the bushes or under the tables, or try to find good things around us. Damn toothbrush, where are you? 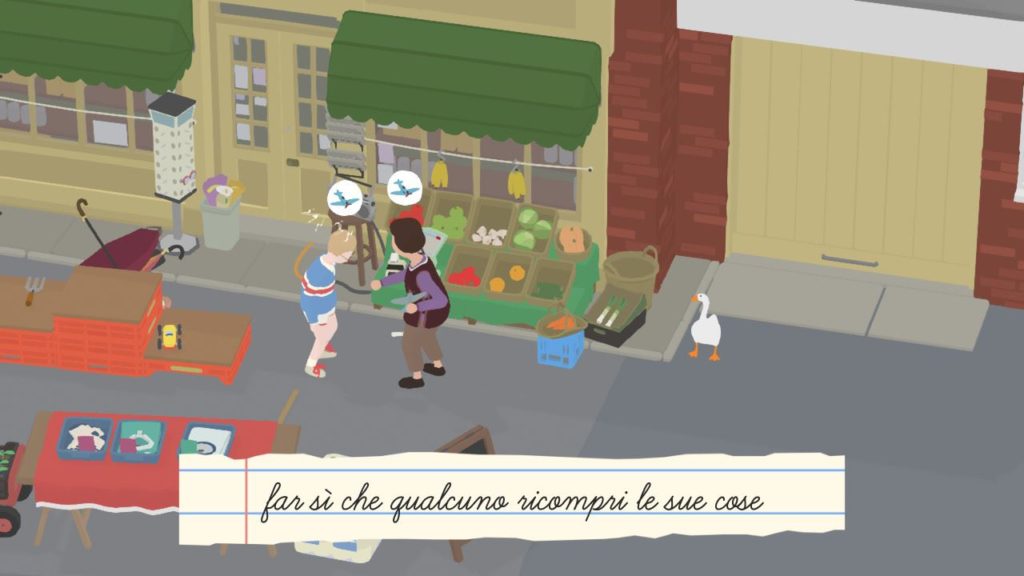 Once the objectives have been reached, a "final" appears, which, if completed, allows access to a later area. Our wickedness has no neighborhood limits. Although everything is undeniably fun, Untitled Goose Game has the typical limitations of the small project, above all the brevity of the game: it ends in about two hours. There are actually only four or five areas to explore, while it would have been nice to be able to do damage to the entire city. Really, the appearance of the credits makes us feel bad: we always hope to be able to combine something worse with the next victim. The short duration, however, allows at the same time not to get bored too much of the gameplay, which perhaps pulled at length would become tedious and repetitive. However, there is a sort of "post game" in which a list of additional activities appears, some of which are real time trials. For feathery perfectionists. 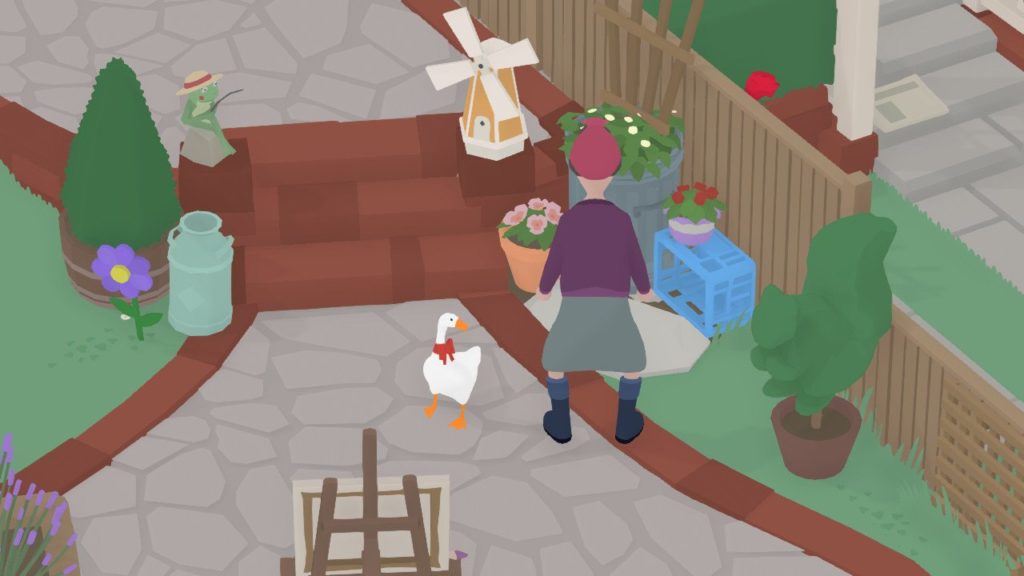 The graphic style of Untitled Goose Game is minimal to say the least: the figures are all extremely simple and the animations a bit rough. They remind me a little of my attempts with vector drawing on Photoshop in the early 2000 years: that nostalgia. Nevertheless, one easily becomes attached to the protagonist goose and to his "enemies", who manage to express frustration and anger well even without nuances and shadows, are emotions rather easy to read. There is also some problem of interpenetration of the objects and some small glitches: once I teleported myself beyond a fence. It is not a real problem, though, also because the 90% of the fun of the title is - literally - making caciara and trotting between the feet of the human poor involved. The soundtrack is equally basic, with a couple of relaxing and bucolic songs. But with a magnificent squawk. 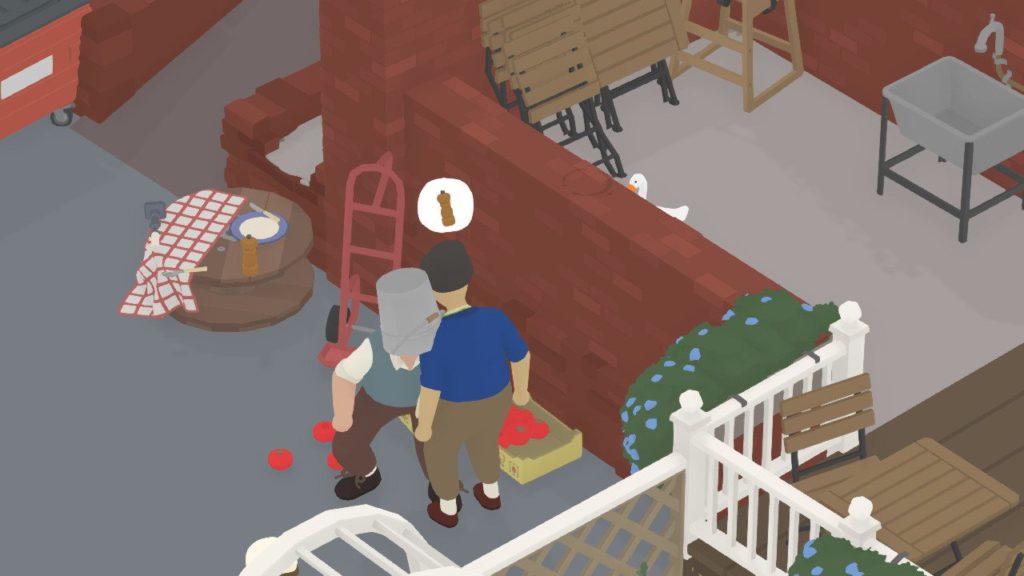 In hindsight, from Untitled Goose Game I couldn't really expect more. It amused and entertained me properly, without forcing me to think and concentrate too much on gameplay. Of course, given how the game has become a phenomenon of custom, with memes and jokes spread everywhere, it was legitimate to hope for a longer duration with even more bizarre elements, but you can always wait for a sequel with anxiety.

Aeon Must Die - Storm around the abandonment of developers