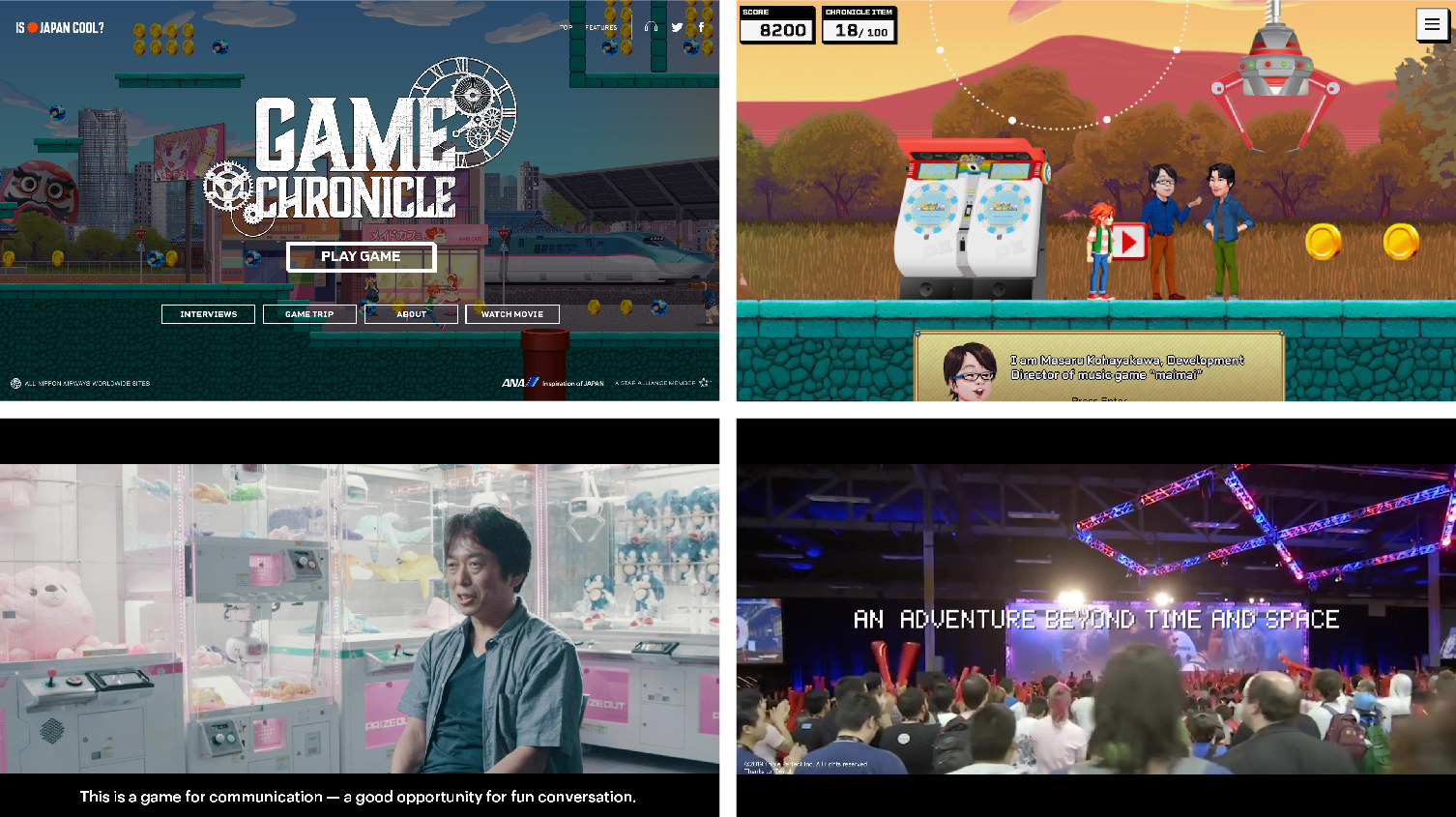 TOKYO– (BUSINESS WIRE) -#ANA- All Nippon Airways (ANA), Japan's largest 5-Star airline will launch launch new content, "IS JAPAN COOL? GAME CHRONICLE, "That focuses on Japanese game culture and seeks to increase awareness of Japan's contributions to this growing industry. The content will be part of IS JAPAN COOL? website that is designed to promote international tourism in Japan. This website is a vital tool in planning travel itineraries.

Video games are the combined product of creators 'imagination and developers' passion. Japan has long been a trendsetter in video game design and this website offers tourists a crash course in video games and their impact on Japanese culture.

"ANA seeks to act as an ambassador for Japan and its culture on the global stage, and the launch of this new website Vice President of ANA. "Like everything we do, IS JAPAN COOL? has always sought to set the gold standard for tourism websites, and this latest addition certainly goes above and beyond expectations. We invite visitors to Japan by using IS JAPAN COOL? to help plan their trips. "

Available in English and Chinese, ANA first launched “IS JAPAN COOL?” In 2012 to make Japan more accessible while also introducing the nation's unique culture and attractions to the world. IS JAPAN COOL? offers local insight that helps tourists navigate through their visit to Japan. The website features insider information, including Tokyo, Okinawa, and Kyoto while providing detailed overviews of Japanese culture such as washoku (Japanese cuisine), contemporary arts, matsuri (festivals), as well as budo and Geido (martial arts and performing / fine arts).

This website focuses on Japanese game history at four different stages, breaking it down by decade to highlight achievements into the 1980s, 1990s, 2000s, and 2010s and discussing 100 key topics that exemplify each of the four eras. This video is about giving you a memorable video game to give visitors a memorable experience.

Each decade has a distinct theme, with image resolution and music faithfully being reproduced to evoke the technical limitations and overall aesthetic of each era. This is the most advanced technology in game technology in each era.

Visitors can also watch interviews featuring prominent game experts from developers and creators sharing their behind-the-scenes stories and insider perspectives to professional gamers who offer their views on the industry today. This compelling content is available only on theIS JAPAN COOL? GAME CHRONICLE”Website.

ANA embraces its Japanese culture and history. Video games make up of Japan's most important modern culture exports and ANA seeks to welcome the next generation of tourists, particularly those with interest in video games.

About ANA
Following the "Inspiration of Japan" high quality of service, ANA has been awarded the respected 5-Star rating every year since 2013 from SKYTRAX. ANA is the only Japanese airline company win seven years in a row. Additionally, ANA has been recognized by Air Transport World as “Airline of the Year” three times in the past 10 years - 2007, 2013 and 2018, becoming one of the few winning airlines this prestigious award for multiple times.

ANA was founded in 1952 with two helicopters and has become the largest airline in Japan, as well as one of the most significant airlines in Asia, operating 82 international routes and 121 domestic routes. ANA offers a unique dual hub model Tokyo, NARITA and HANEDA, .

ANA has been a member of the Star Alliance since 1999 and has joint ventures with United Airlines, Lufthansa German Airlines, Swiss International Airlines and Austrian Airlines.

The ANA Group has two LCCs as consolidated subsidiaries, Vanilla Air Inc. and Peach Aviation Limited. The ANA Group carried 54.4 million passengers in FY2018, has approximately 43,000 employees and a fleet of 260 aircrafts. ANA is proud of launching the boeing 787 Dreamliner.

For more information, please refer to the following link.
https://www.ana.co.jp/group/en/

Zynga signs a contract to acquire Peak, the company based in ...