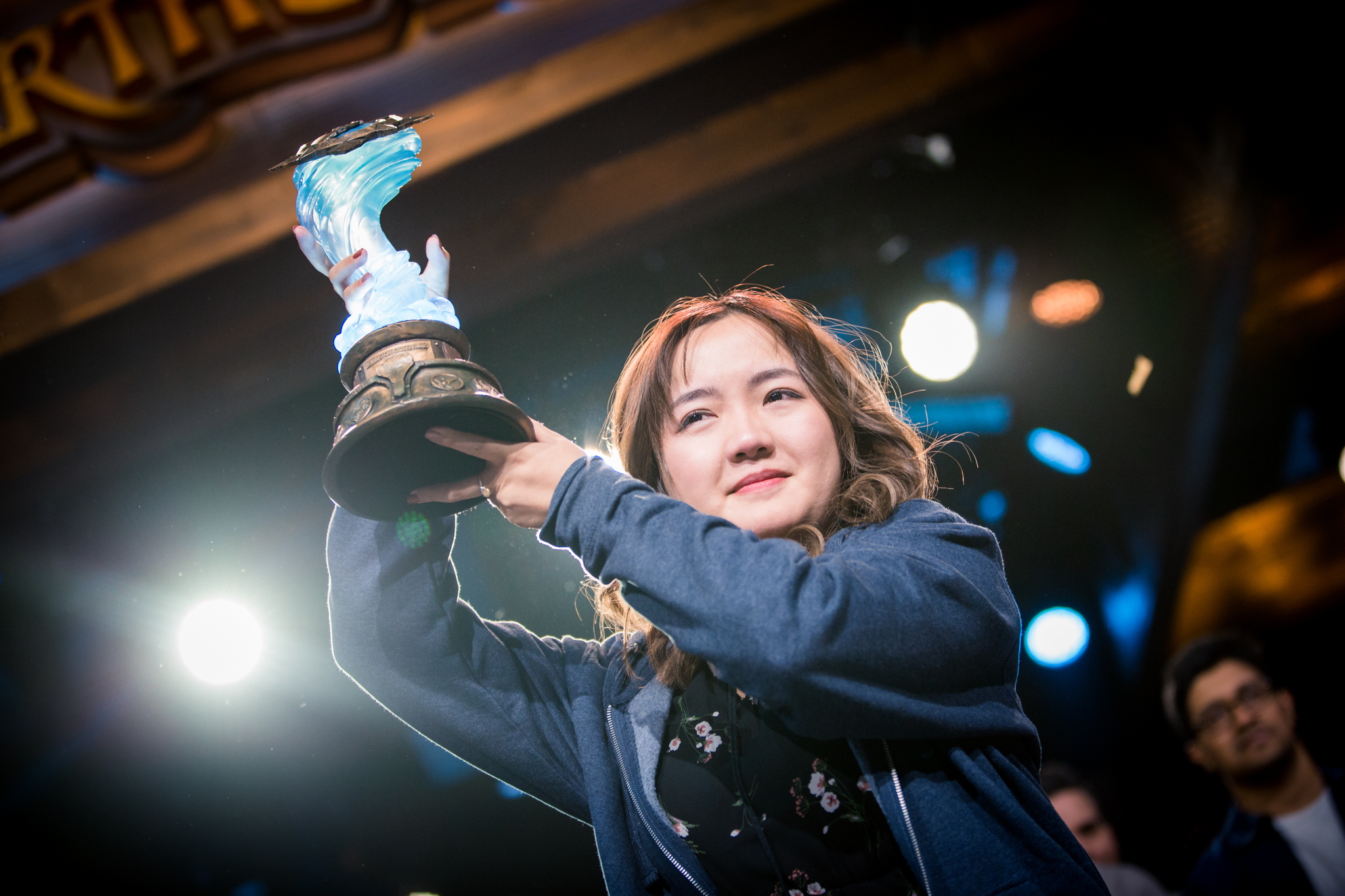 IRVINE, Calif .– (BUSINESS WIRE) –At BlizzCon® 2019, Blizzard Entertainment welcomed players from around the globe and viewers online to explore the world's best exports new installments in the Overwatch® and Diablo® franchises, the upcoming expansions for World of Warcraft® and Hearthstone®, The Warcraft® III: Reforged beta, and the newest additions to StarCraft® II and Heroes of the Storm®. During an entertainment-filled weekend running November 1 and 2, more than 40,000 awaits from 59 countries gathered at the Anaheim Convention Center

Attendees and online viewers got the opinion of the conclusions of five of Blizzard's esports competitions.

There's a new champ in town and it's the United States. The USA defeated China 3-0 in the gold-medal match to win the top prize, but the biggest victory was the champion South Korea in the semifinals. The United States' Jay "Sinatraa" Won was named the T-Mobile™ MVP of the tournament. In the bronze-medal match, South Korea eliminated France.

The first-ever Hearthstone Grandmasters Global Finals champion is China's VKLiooon. VKLiooon handily eliminated USA's Brian "bloodyface" Eason 3-0 in the final in the best-of-five series, becoming the first woman to both compete in and win a Hearthstone championship event.

After surviving a six-team double-elimination bracket, Method EU swept Method NA 3-0 in the final to secure the Mythic Dungeon International victory. Method EU, but the squad of Gingi, Meeres, Fragnance, Naowh, and Zaelia managed to bounce back and exact their revenge in the final.

Method Black outlasted Wildcard Gaming in a thriller to win the World of Warcraft Arena World Championship. After losing at the Summer Finals, Method Black's roster of Whaazz, Raiku, Chas, and Swapxy proved their talent, winning the best-of-seven series 4-3.

After coming up short in the title match just three years ago at BlizzCon, Dark was finally able to capture his first StarCraft II World Championship Series trophy. The Korean defeated Italy's Riccardo "Reynor" Romiti 4-1 in the best-of-seven final.

These championship winners served as an epic conclusion to the Blizzon festivities, which featured some of the biggest announcements in the show's history:

Heroes of the Storm

For more information on the announcements, games, and export competitions at BlizzCon 2019, or to watch VODs of the show with the Blizzon 2019 Virtual Ticket, visit www.blizzcon.com.

Best known for blockbuster hits including World of Warcraft, Hearthstone, Overwatch, the Warcraft, StarCraft, and Diablo franchises, and the multi-franchise Heroes of the Storm, Blizzard Entertainment, Inc. (www.blizzard.com), a division of Activision Blizzard (NASDAQ: ATVI), is a premier developer and publisher of entertainment software renowned for creating some of the industry's most critically acclaimed games. Blizzard Entertainment's track record includes twenty-two #1 games* and multiple Game of the Year awards. The company's online-gaming service, Blizzard Battle.net®, is one of the largest in the world, with millions of active players.

*Sales and / or downloads. Based on internal company records and reports from key distributors.

Tekken 7 - Kunimitsu is the first new character of the Season ...

Piermatteo Bruno - 28 September 2020
Kunimitsu is back! The ninja excommunicated by Clan Manji, and therefore Yoshimitsu's rival since her debut in Tekken on PS1, will be one of the two ...
News

Xbox Series X and S will not be the last consoles of ...

Nicolae Locatelli - 28 September 2020
Xbox Series X and Series S won't be Microsoft's latest consoles, Phil Spencer himself confirms. What can we expect in the future? The...

Fight Your Way to the Top Today in GUNDAM BATTLE: GUNPLA ...