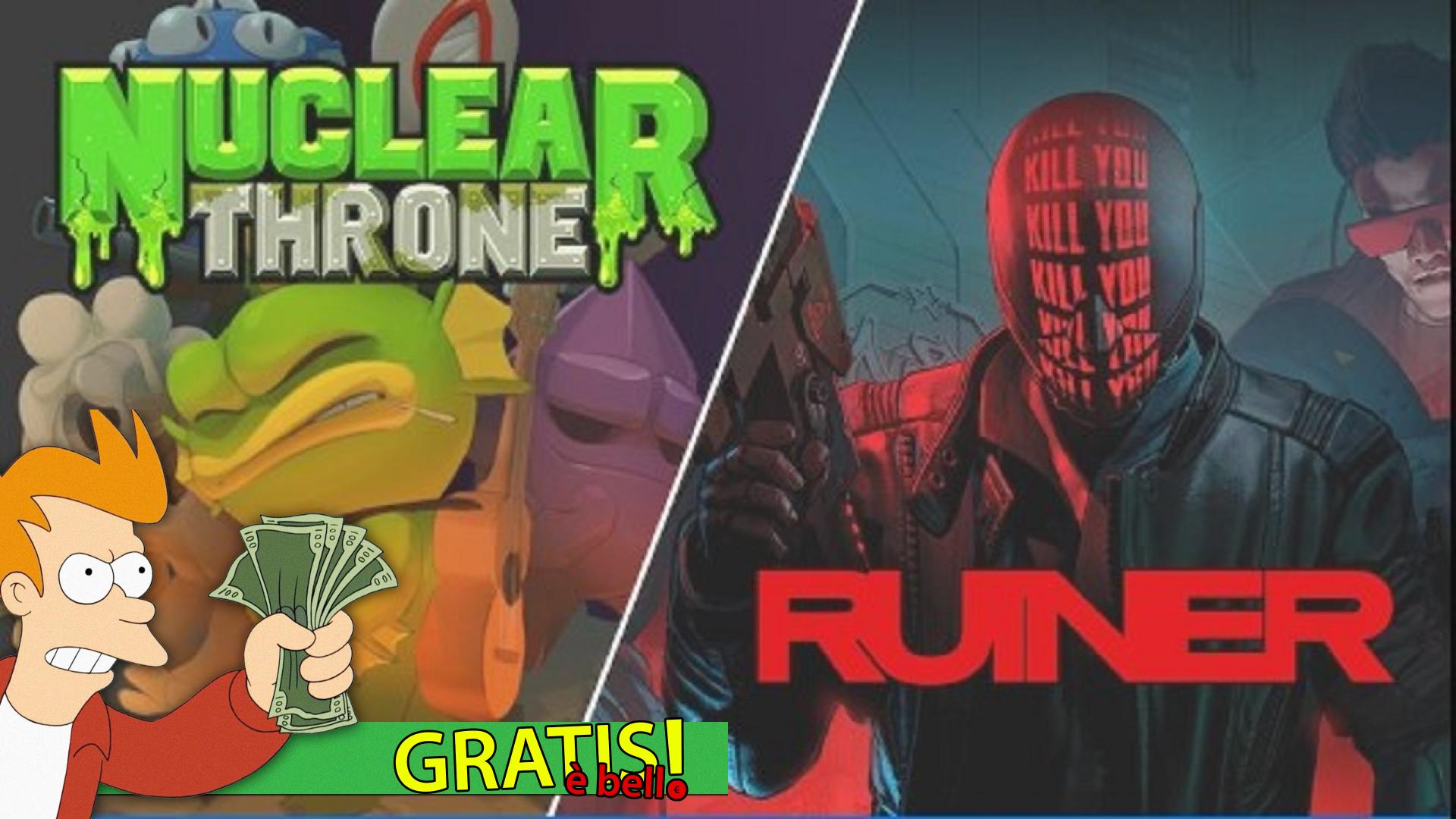 For the weekly appointment Free is nice with Epic Store today we present two titles that will DEFINITELY make you forget that it comes out Death Stranding and you can't play with it.

No more talk, here are the two titles that Epic offers you: ruiner e Nuclear Thrones

If you like to shoot everything you see, if you love cyberpunk environments and if well digested blood and violence on screen ruiner is the title for you!

This top-down shooter developed by Reikon Games and distributed Devolver Digital was received fairly positively by the critics, with an aggregate vote on Metacritic of 75 / 100.

Still in the world of top-down shooters, but this time with rogue-like features Nuclear Thrones is a game that has conquered a bit all at its release in the far 2015 (a port for Nintendo Switch was also recently made).

If you played up to capacity Enter the Gungeon o Binding of Isaac, Nuclear Thrones it can be a good alternative (plus you can get it for free this week), even if quick and painful deaths await you around every corner.

The game developed by Vlambeer (Super Crate Box, Serious Sam) received excellent reviews, with an aggregate rating of 88 / 100, again on Metacritic (in the PC version of course).

You can download the games at this link! Talk to you next week

Free is Beautiful - Into The Breach

Free is Beautiful - THE GREAT GEOMETRIC MULTIVERSE TOUR on Steam