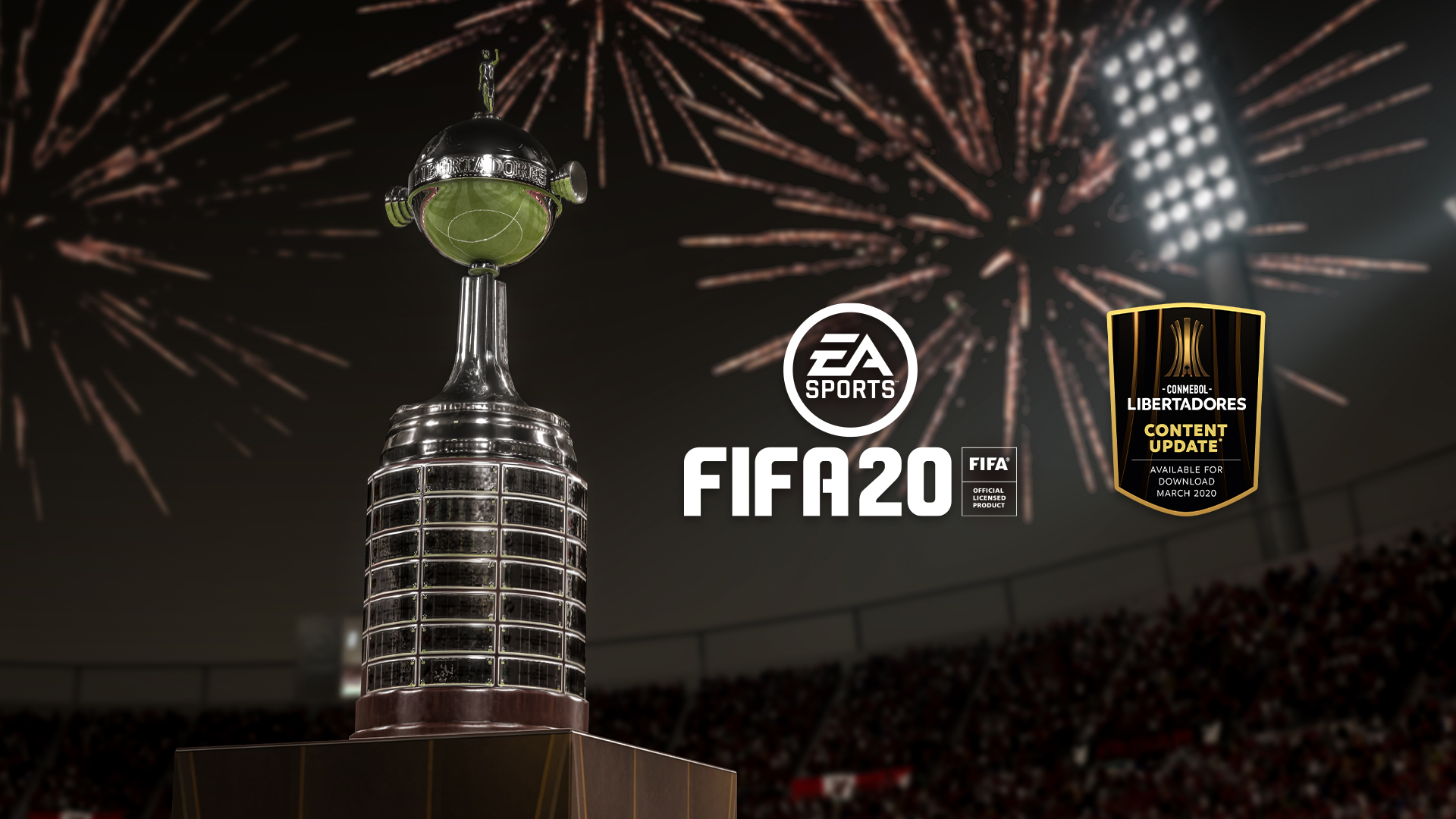 “Alliance with EA, one of the largest video game companies, is a major step forward for the worldwide dissemination and image of South American football. He said CONMEBOL Commercial Director, Juan Emilio Roa, "thanks to this agreement, our tournaments, clubs and players will have greater reach and recognition among the football fans."

The inclusion of CONMEBOL Libertadores continues to cement FIFA 20 as the most authentic sports video game, with more than 30 official leagues, 700 teams, 17,000 authentic players, and 90 licensed stadiums from all over the world already in the game.

"Bringing two of the most prestigious continental tournaments, CONMEBOL Libertadores and CONMEBOL South American, into FIFA 20 is an exciting step forward," said Nick Wlodyka, GM, EA SPORTS FIFA. "This new partnership with CONMEBOL bolsters is the most advanced football experience available for our fans."

In addition, eLibertadores, a new tournament that will continue to expand the EA SPORTS FIFA 20 Global Series, offers South American players based on the CONMEBOL Libertadores through the competition.

Said Brent Koning, FIFA Competitive Gaming Commissioner, "The addition of the prestigious CONMEBOL Libertadores to our FIFA 20 Global Series of ecosystem strengthens our connection to the global competition of football and will accelerate the growth of exports in new parts of the world." "We aim to offer the most inclusive exports in the FIFA South American-based players and aspiring superstars to join the tens of millions already competing."

The Grand Final of the eLibertadores tournament will see the top eight competitors from both PlayStation®4 and Xbox One compete from the 7-8, 2020 for the chance to earn FIFA Global Series Points along with a $ 100,000 USD prize pool. More details on the tournament and how to register will be available in December.

Available in stores now, EA SPORTS FIFA 20 lets players experience the prestige levels of professional football or jump into the FOOTBALL TIME, the all-new authentic small-sided football mode join EA Access** on PlayStation 4 and Xbox One and Origin ™ Access** on PC to get 10% off digital purchases.

Since 2016, CONMEBOL has undergone a series of structural reforms to modernize its governance and operations, increase global competitiveness of its own competitions and strengthen its promotion of football development by increasing revenues and investment.

As part of that strategy, in the last two years, CONMEBOL club competitions have been greatly improved through a new format design and the adoption of standards. Thanks to the recently adopted improvements, CONMEBOL tournaments last year achieved record numbers in digital participation, stadium attendance and sales.

EA SPORTS, Ultimate Team, Origin, Battlefield, Apex Legends, The Sims, Need for Speed, Titanfall, Plants vs. Zombies are trademarks of Electronic Arts Inc. © FIFA and FIFA's Official Licensed Product Logo are copyrights and / or trademarks of FIFA. All rights reserved. Manufactured under license by Electronic Arts Inc. John Madden and NFL are the owners of their respective owners and used with permission. PlayStation is a registered trademark of Sony Computer Entertainment Inc.