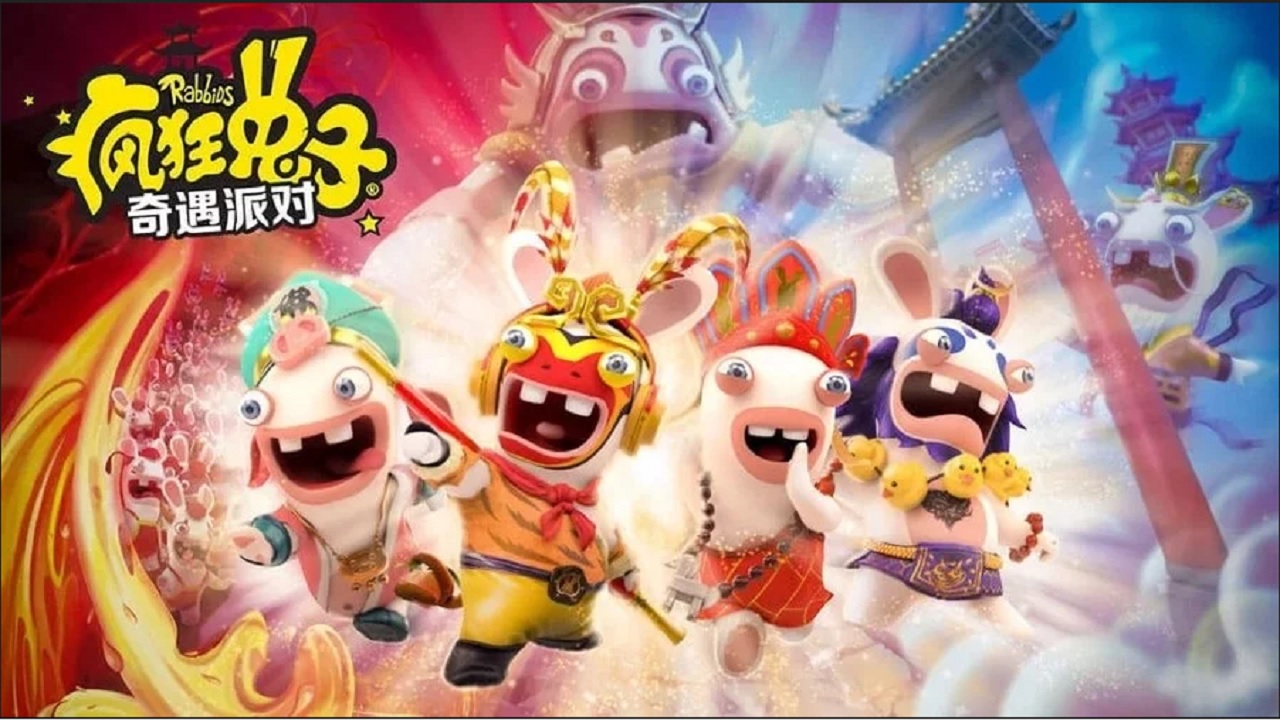 In July Ubisoft had revealed a new game dedicated to Rabbids and coming out for Nintendo Switch. The title looked similar to the series Mario Party di Nintendo. Today we have some more information. Rabbids: Adventure Party, this is the title, was developed by Ubisoft Chengdu, a division of the company whose purpose is the creation of video games exclusively dedicated to the Chinese market.

During the official presentation of Nintendo Switch, which is currently being marketed today in China too, Ubisoft has released a trailer showing its initial line-up of games coming to the console in this new market. They are included Mario + Rabbids Kingdom Battle, Just Dance, Rayman Legends and the exclusive Rabbids: Adventure Party. You can see the trailer in the tweet just below.

Ubisoft has released a video showing it will support Nintendo Switches in China with 4 titles initially.

Rabbids: Adventure Party seems to be inspired by Ithe journey to the West, a classic of Chinese literature inspired by dozens of different works. Previous reports had also stated that the game was part of an Ubisoft "mission" aimed at creating "unique" experiences for the Chinese market, which means that it may not necessarily be located in the rest of the world.

Is Scalebound going to return as the exclusive Nintendo Switch?