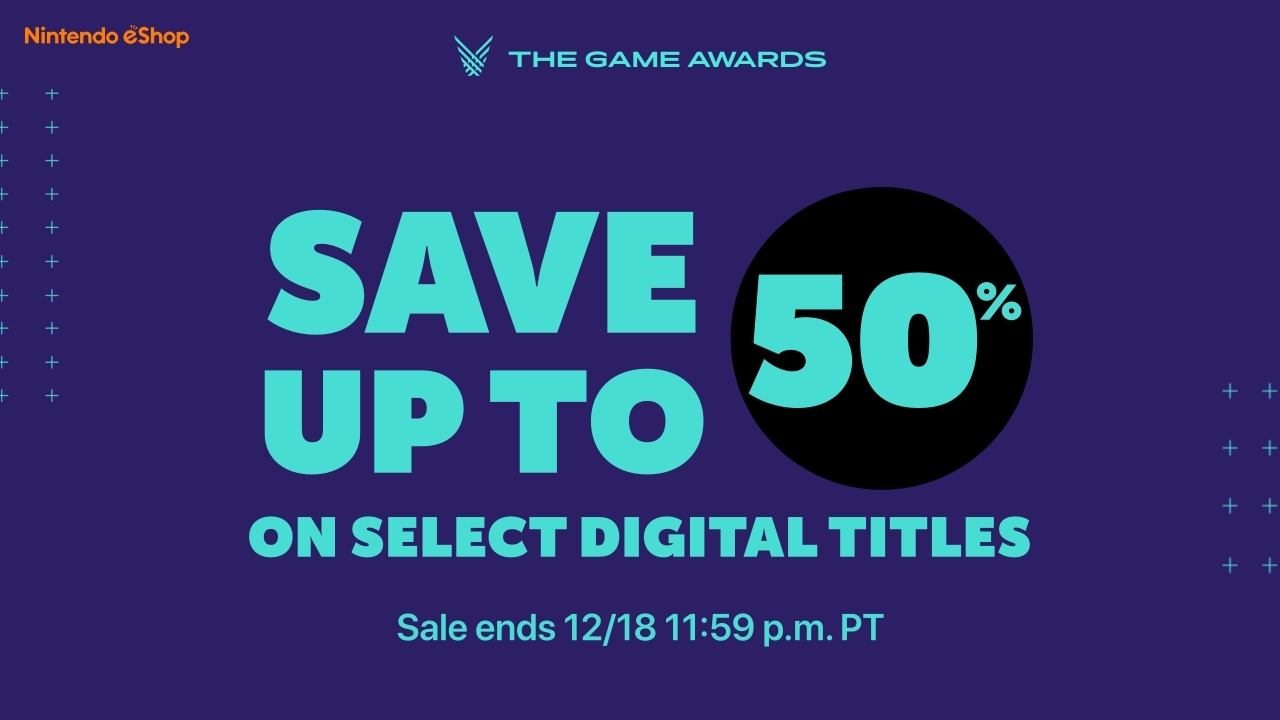 Save Up to 50% on Select Digital Games, Including Current Game Awards Nominees and Previous Winners

REDMOND, Wash .– (BUSINESS WIRE) -The Game Awards have arrived! Ceremonial Ceremonial Innovation and Innovation in the Video Game Industry From now until Dec. 18 at 11: 59 pm PT, players can save up to 50% off select Nintendo Switch digital games, including titles that have received top honors throughout the history of the Game Awards.

"Nintendo is proud to join The Game Awards today in highlighting the creativity of the video game industry," said Nick Chavez, Nintendo of America's Senior Vice President of Sales and Marketing. "By offering a wide selection of distinguished games at a great value, we invite players to discover experiences on Nintendo. Switch that continue to delight and inspire fans around the world."

The games that are part of the rooms include the following:

All games included in the sale will be available for purchase at Nintendo eShop on Nintendo Switch, and directly at https://www.nintendo.com/tga. My Nintendo members will also earn Gold Points on qualifying purchases. *

Visit https://thegameawards.com/watch to tune into the Game Awards, which live tonight beginning at 5: 30 pm PT. A large selection of games on Nintendo Switch are nominated for awards at tonight's show, including Super Smash Bros. Ultimate, which is nominated for "Game of the Year."

Nintendo eShop features a wide variety of content, including new and classic games, applications and demos. Players can add money to their account balances by using credit cards, PayPal or purchasing from Nintendo eShop.

About Nintendo: The worldwide pioneer in the creation of interactive entertainment, Nintendo Co., Ltd., of Kyoto, Japan, hardware and software markets and software for its Nintendo Switch™ system and the Nintendo 3DS™ family of portable systems. Since 1983, when it launched the Nintendo Entertainment System™, Nintendo has sold more than 4.7 billion video games and more than 750 million hardware units globally, including Nintendo Switch and the Nintendo 3DS family of systems, as well as the Game Boy™, Game Boy Advance, Nintendo DS™ family of systems, Super NES™, Nintendo 64™, Nintendo GameCube™, Wii™ and Wii U™ systems. It has also created industry icons that have become well-known, such as Mario, Donkey Kong, Metroid, Zelda and Pokémon. A wholly owned subsidiary, Nintendo of America Inc., based in Redmond, Wash., Serves as headquarters for Nintendo's operations in the Americas. For more information about Nintendo, please visit the company's website at https://www.nintendo.com/.