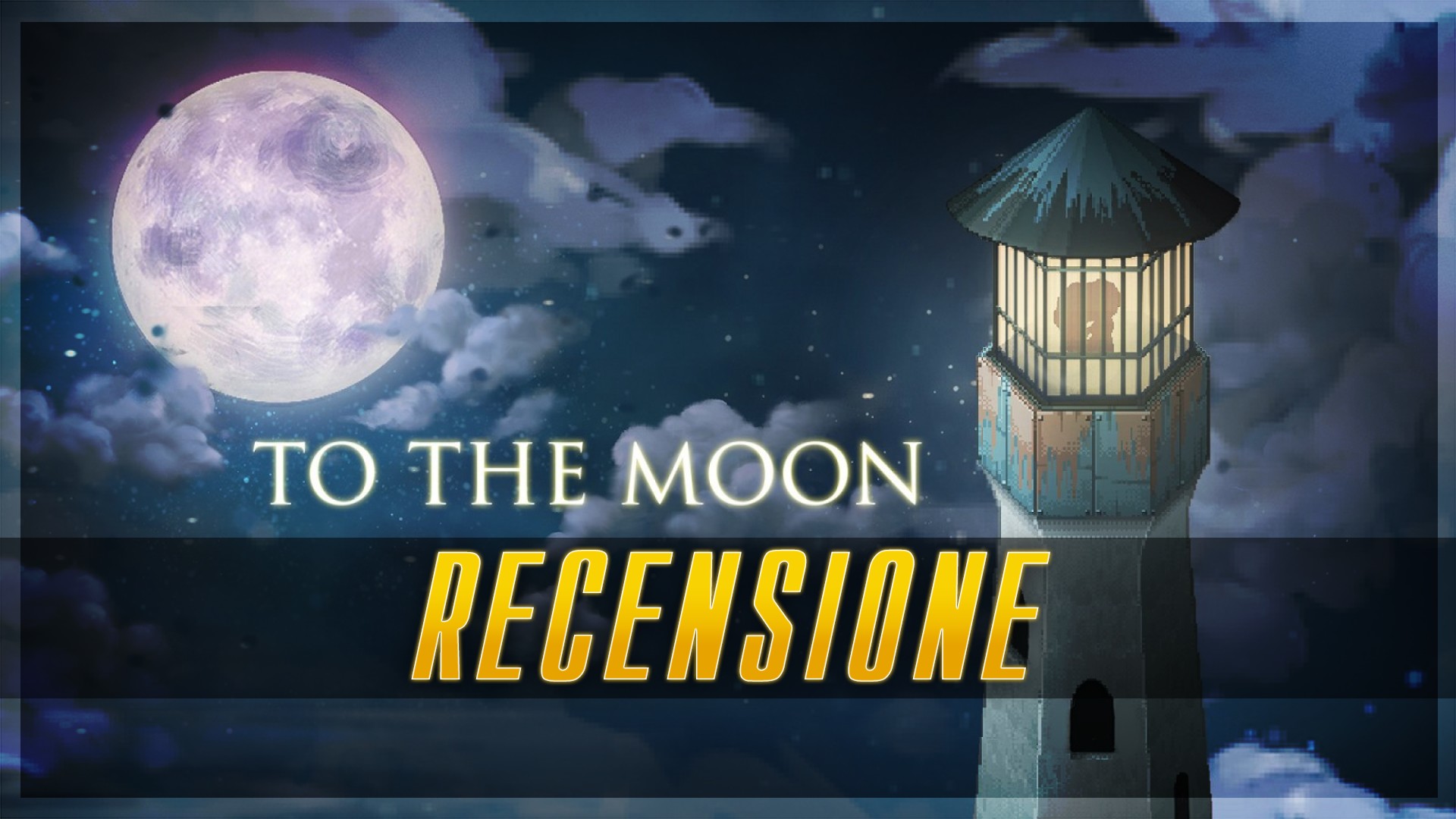 Imagine being able to enclose all the sensitivity, fragility and emotions of the human soul, and transform them into a 16-bit style work of entertainment. Now imagine being able to use it not only in front of a PC screen, but wherever you want and at any time. If you followed my imagination, you probably got nothing less than that To The Moon for Nintendo Switch. The independent title developed by the guys from Freebird Games had already appeared on the PC platform back in 2011 and, after porting to mobile, it is preparing to arrive on the flagship console of the great N this 16 January. And, frankly speaking, there could be no more welcome arrival.

A dream to be realized at any cost

For those unfamiliar with To The Moon, the title is presented as a classic old-fashioned RPG created, in the first instance, with RPG Maker and, in this renewed guise, through Unity. In the game we play the role of Eva Rosaline and Neil Watts, two doctors and employees of a very particular agency: their task is in fact to fulfill the desire of people on the verge of death, thus giving them the opportunity to "live" a second life and making them try an experience that never really happened. All through a special machine, able to interact directly with memories of the interested party. The patient who accompanies our story is called John, now definitely advanced in age and no longer conscious. And this elderly gentleman, owner of a large villa at the foot of a lighthouse, has expressed his desire to visit nothing less than ... the Moon. I cannot and do not want to tell you more than this, so as not to ruin a story that deserves to be discovered and appreciated in every single detail. 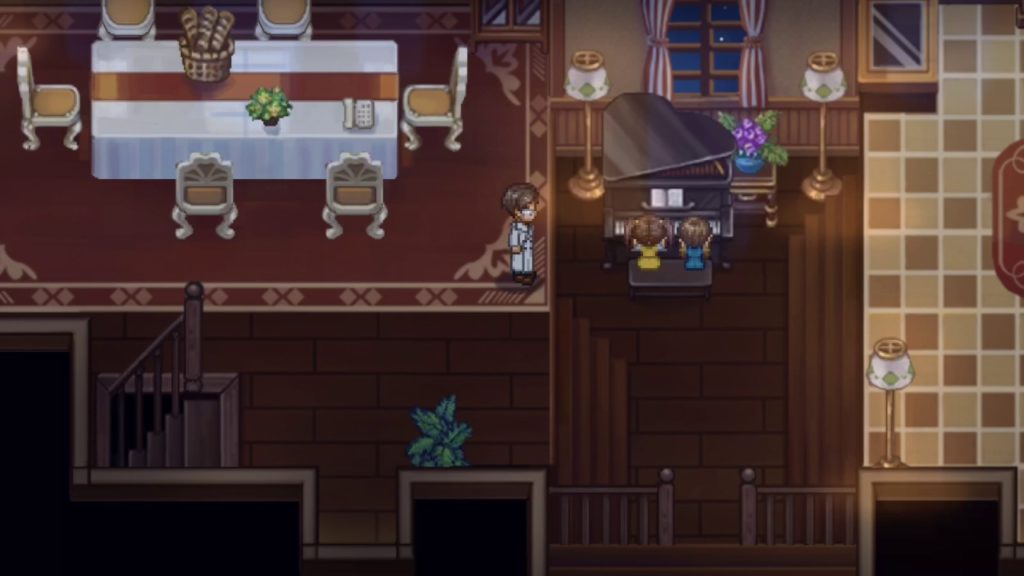 You can immediately notice that the gameplay really is simple and basic, almost absent. In fact, we can move with the left analog or the directional arrows, and interact with the various objects and characters by pressing the A key. In the game our duty is essentially to dig backwards into memory of old John to try to understand the triggering factor of his particolare desire, and make it live as if it really happened. To do this, our two protagonists must move between the various memories, accessing the older one from time to time through the so-called fragments of memory. These are objects of particular relevance for our client which, once collected all, allow us to interact with a well-determined object (be it a puppet, a book or a ball) which will act as collegamento for the next memory. 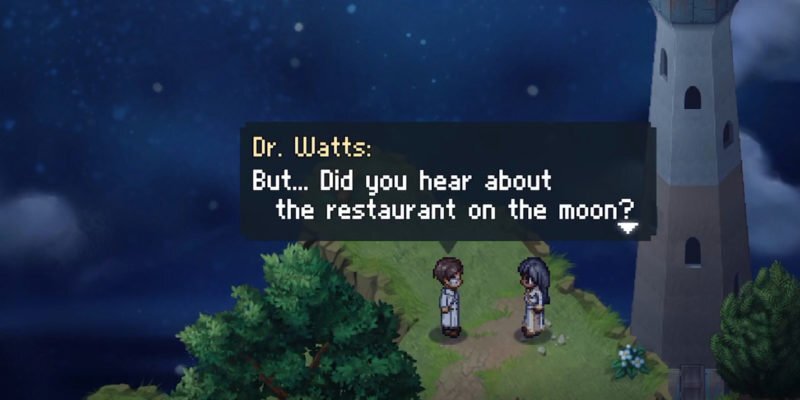 Something got into my eye ..

The gameplay therefore does not represent the backbone of To The Moon, and this in reality was also quite intuitive. The title in fact focuses entirely on the component narrative ed emotional, perfectly hitting the target. What To The Moon wants to tell is a story of growth, love, courage, understanding and sweetness, in the purest meaning that the word can ever have. And it does it with a delicacy uncommon, which however does not spare the player from particularly dramatic and touching moments. A story initially blurred and unclear, which takes shape as we investigate John's past until we reach it emotional peaks really high, in front of which it is difficult to hold back the tears. 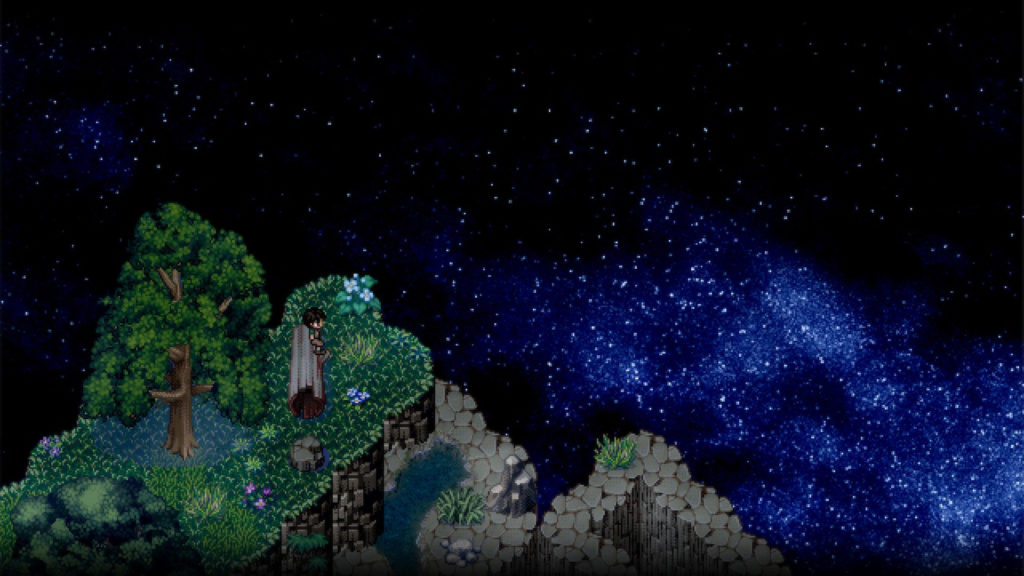 Fortunately, everything is dampened by the numerous carefree interventions of Watts, who turns out to be the comic shoulder of the duo, also thanks to numerous citations to the world of cinema, television and video games. And the easy-going love-hate relationship between the two protagonists represents precisely that element that counteracts the poignant story that is placed before us.

A minimal and delicate aesthetic

Graphically, To The Moon is nothing more, nothing less, what one might expect from an RPG old-style, made in 16-bit style. Of course, compared to the PC version there are reinterpretations as regards the graphics and the game interface, but overall the visual experience remains essentially unchanged. However, what makes To The Moon a real gem is the soundtrack very respectable. The OST of the title are all magnificent, engaging and, above all, perfectly fitting and consistent with the scene they are accompanying. Very welcome the opportunity to listen to them at our convenience through the "Carillon", selectable from the main menu after finishing the game. The soundtracks make themselves heard and, I would add, love one more than the other, and it is really difficult that you do not echo in mind at least one from time to time. 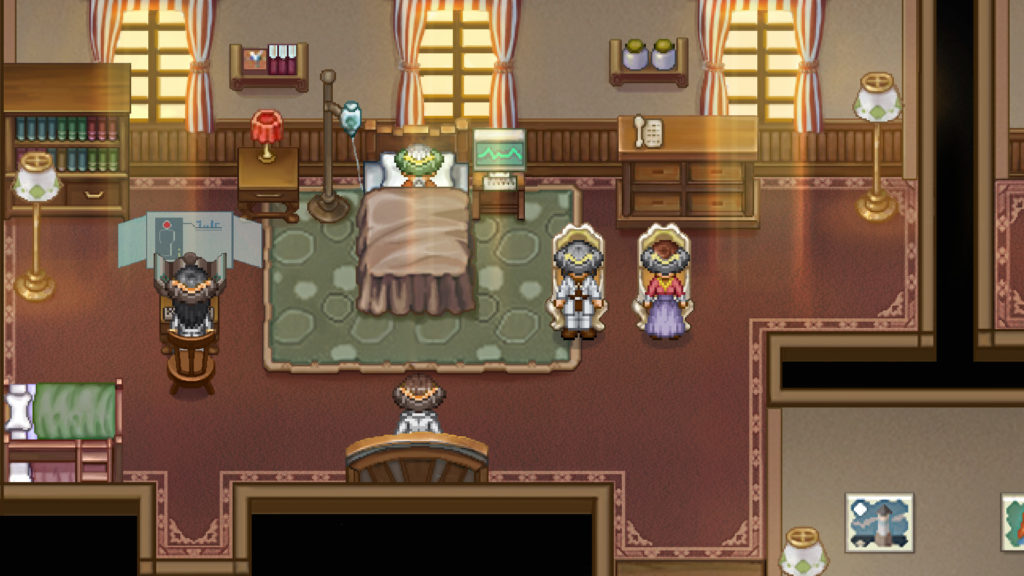 A memory to keep

In short, To The Moon offers an experience that each of us should live for personal enrichment and, above all, emotional. The title does not have a particularly long longevity, and it can be concluded in about 6-7 hours of play. But as surely you have already understood, this is not the relevant parameter in evaluating the goodness of the work of Freebird Games. If you have never played it give yourself this gift, also because for only € 11,99 the purchase is practically obliged. So prepare your handkerchiefs and immerse yourself in this short but precious adventure. Quoting a phrase taken directly from the game, “the ending is rarely more important than the path that preceded it“, And in this case I can assure you that it is impossible to repent of either one.