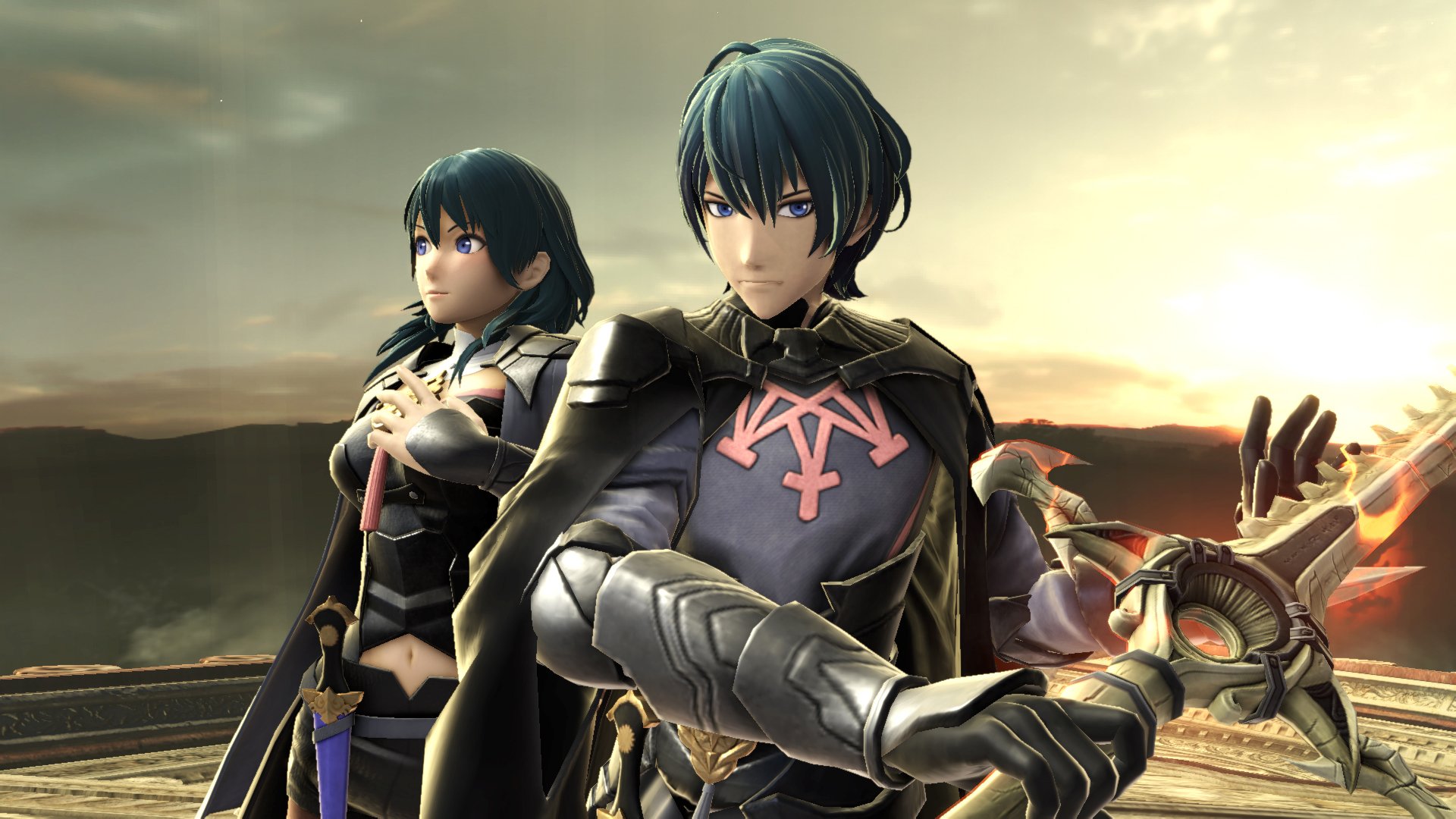 News coming up for Super Smash Bros. Ultimate, as announced a few days ago by Nintendo itself. During the live streaming aired a little while ago, in fact, the Japanese company showed the news that will arrive in the coming weeks for its fighting game, presenting the fifth DLC of the first Fighter Pass: Byleth of Fire Emblem Three Houses.

Together with him and his female variant, new costumes for the Miis were shown including that of Altair of Assassin's Creed and of Cuphead; you can read all the news in the official press release.

All users who own the Fighters Pass or purchase Challenger Set 5 separately will have access to the new content for Super Smash Bros. Ultimate *. Byleth will be the 80th playable character of Super Smash Bros. Ultimate, which thanks to its rich cast of characters from numerous series is already the biggest crossover in the history of video games. This brave warrior from Fire Emblem: Three Houses, whose arsenal includes the Sword of Creation and three other hero relics, will be able to turn the tide of any confrontation. To make the most of it, players will need to carefully consider when to advance and when to hold their position.

In the scenario of Byleth, the Garreg Mach monastery, some of the most appreciated fans of Fire Emblem characters appear: Three Houses, including Edelgard of the Black Eagles, Claude of the Golden Deer and Dimitri of the Blue Lions.

Super Smash Bros. Ultimate Challenger Set 5 also includes a new Spirit Scoreboard, with the spirits of most of the Fire Emblem: Three Houses characters appearing in the Byleth scenario and a new course in Classic mode, "Heroic Legacy" , with some of the most celebrated levels in the history of the series.

From January 29th a new Mii Warrior costume inspired by the independent run-and-gun title will also be available Cuphead. Players who purchase it will receive a new song, Floral Fury, which was played during the clash with Cagney Carnation in Cuphead.

In addition to Byleth's arrival, Masahiro Sakurai has announced new details on Fighters Pass Vol. 2, which will include six other characters already in development. By purchasing it, players will be able to receive six new Challenger Sets as they are released. As with the already published sets, each of them will include a new character, a scenario and several pieces of music. Buyers of the Fighters Pass Vol. 2 will also get an exclusive costume for the Swordsman Mii: The Legend of Zelda: Breath of the Wild ancestral armor.

The news for Super Smash Bros. Ultimate does not end there. During the live show, two new amiibo were shown that will be on sale at selected retailers from January 17: Samus Oscura, the mysterious impersonator of Samus, and Richter, the Eco character of Simon Belmont.

New characters, scenarios and music tracks will make their arrival in Super Smash Bros. Ultimate with the Fighters Pass Vol. 2. Players can also continue to purchase the current Fighters Pass at a price of € 24,99 to access the first five Sets challenger. The downloadable characters Joker, Hero, Banjo & Kazooie and Terry Bogard are already available, while Byleth will arrive on January 29th. It is also possible to purchase the various Challenger Sets individually, at a price of € 5,99 each.

What do you think of these announcements? You would have liked a fifth character other than Byleth in Super Smash Bros. Ultimate?

A modder is helping players turn GameCube into a Switch dock

Nvidia, the Cyberpunk 2077 themed graphics card has been unveiled

Andrea Schietroma - February 18 2020
Sasha Banks has joined the cast of the second season of The Mandalorian. As reported by Mat Men Pro Wrestling and confirmed ...
Cinema

Matteo Ricci - February 18 2020
More than a hundred years after its publication, The Call of the Forest - Jack London's first short novel - continues to be relevant ...

Need for Speed ​​Heat - gameplay and customization of vehicles in ...

GTA V more beautiful than ever with this ultra-realistic mod