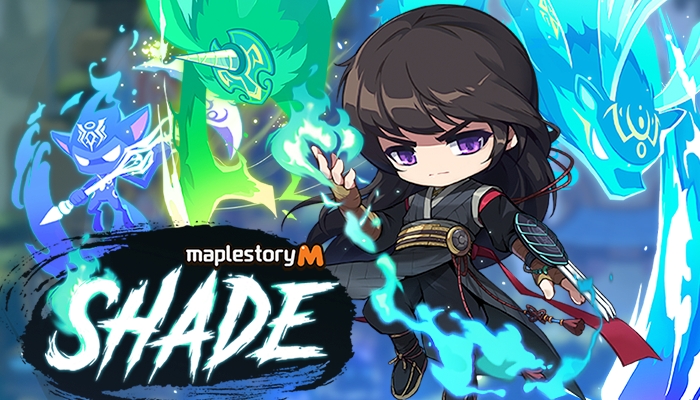 LOS ANGELES– (BUSINESS WIRE) -#maplestorymFor any inquiries, We're here to answer you.MapleStory M, the free-to-play, massively multiplayer online mobile game for iOS and Android, is ringing in the new year with its biggest update yet - the introduction of the legendary Hero Shade with a variety of limited-time events.

One of the most celebrated Heroes in Maple World, Shade is one of Six Heroes ending the sinister reign of MapleStory's biggest antagonist, the Black Mage. The last Hero to be added to the MapleStory M universe, Shade is classified as a Pirate with a powerful force, using primary and secondary weapons of Knuckles and Fox Marbles to conquer enemies. Now reborn and, with the spirit world at his fingertips, he is investigating claims of the Black Mage's return.

The update delivers an array of events to celebrate the new Hero Shade as well as Lunar New Year! Starting today, exciting level-up events will be available including:

Along with the level-up events, there's a bevy of Lunar New Year-themed events including:

To learn more about MapleStory M, Visit the Google Play or App Store page and follow @PlayMapleM on Twitter for the latest updates.

MapleStory M, launched globally on July 24, 2018, brings the nostalgic world of side-scrolling MapleStory to mobile, offering the same amount of customization, immersive storylines and epic boss raids that fans have to expect from the epic franchise. Available in 140 countries and 9 languages, MapleStory M quickly reached 10 million downloads within 100 days after global launch.

Nexon America, a subsidiary of NEXON Co., Ltd. ("Nexon") (3659.TO) with more than 80 live games operated across more than 190 countries, is a global leader in online games. Nexon America introduced micro-transactions and the free-to-play business model in the Western market and is widely credited with globalized expertise in sophisticated live game operations, nurturing player communities, and for sustaining titles for years, even decades. 300 is listed on the Nikkei Stock Index 2017 in XNUMX.

Wizards of the Coast Brings the King of the Monsters to Magic: The Gathering with Godzilla Series Monsters

MapleStory 2 Awakens the Summer Season with Biggest Update Since Launch!