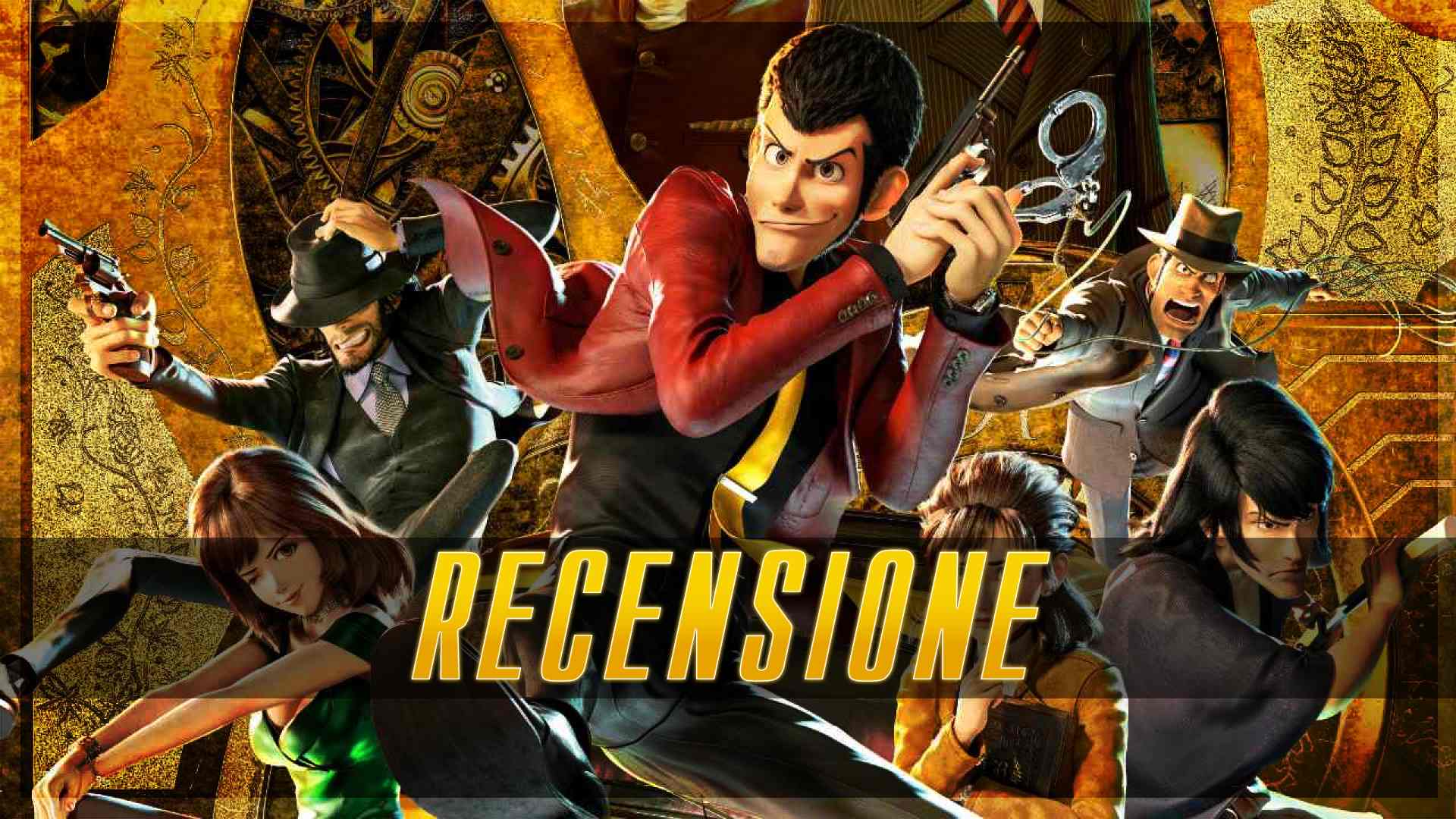 When you get your hands on a beloved icon with more than fifty years of history behind manga, animated series and feature films like Lupin III, and is proposed in a form never seen before, such as the 3DCG, the risk of making a mess is definitely high. However it is good to make things clear from the start, the team Marza Animation, under the supervision of the master by computer graphics Takashi Yamazaki (Doraemon - the Movie e Dragon Quest Your Story), has done a masterful job in this Lupine III: The First, not distorting in any way the characters born from the late pencil Monkey Punch.

This film is in fact first of all an ode of deep respect and love to the whole universe created by Kazuhiko Kato, and winking at both the most "seasoned" fans of the gentleman thief, but also at the younger audience, The First offers itself almost as a generational bridge between those who loved and met Lupine in past decades and those who approach the character for the first time.

Where Lupine and his gang are located, it is clear that there is something extremely valuable to steal. The object of desires, almost co-protagonist of all the events of the film, and which will push the most famous thief in the world to Paris, is the mysterious Bresson's diary, the only object that the legendary Arsenio lupin (the first, great progenitor) never managed to steal. Lupine however is not the only one on the trail of this mysterious artifact protected by a Machiavellian mechanism, and in fact our hero in strictly red jacket will soon come across leatitia, a young budding archaeologist who, in some way, is also closely linked to the history of the diary.

Without going into further details on the plot to avoid spoilers, it is enough to know that the two characters will soon find themselves dealing with a mysterious organization, led by the cruel Geralt, who plans to use the diary for purposes that our heroes don't even imagine.

Although the plot and plot are nothing excessively intricate and complex, reflecting the classic canons of Lupine's stories, the real strength of the film, capable of leaving the viewer speechless, is its technical realization. We can venture to say, without much hesitation, that this is artistically and technically the better transposition in CGI of an animated work never brought to the big screen.

During the entire duration of the film one has the impression of being staring at a classic feature film or episode of Lupine, where the facial expressions of the characters, the general style and the artistic direction are deeply imbued with that "lupinità”Which made Monkey Punch's gentleman thief so iconic. The study, in faithfully reproducing every feature of the characters in the Lupine gang, was in fact literally maniacal, and every graphic detail is full of reflections and shadows that give the elements on the screen a thickness never seen before. The best scenes in the film are also beyond doubt the most Eventful of action, where Yamazaki was able to take full advantage of all the potential offered by 3D, creating spectacular and unthinkable choreography in traditional animation.

To embellish the work are also the classic and memorable music of Yuji Ohno, re-proposed with a mix of jazz, in full Lupine style, but accompanied in certain moments also by orchestral imprints, especially in the scenes highlight of the film

Lupine III: The First, will be distributed in Italian theaters by Koch Media the next 27 February, and it is certainly an opportunity not to be missed whether you are a longtime fan of the gentleman thief, or if you want to approach this new role of the character for the first time. The Italian edition of the film also confirmed the iconic voice actors of the original Lupine III series, and we find Stefano Onofri to lend his voice to Lupine, Alessandro Maria D'Errico and Antonio Palumbo for Jigen e Goemon, Alessandra Korompay, voice of Fujiko (and not Margot, let's be clear), and finally concluding with Rodolfo Bianchi to give the voice to the evergreen inspector Zenigata, ready to chase Lupine even at the end of the world, literally.

In conclusion, the film is a real one pearl of animation, and although in some respects it lacks the more "adult" elements that have characterized some Lupine series and films in the past, it does not distort in one way the ramshackle gang created by Monkey Punch, offering a memorable experience for all types of spectators, from historical fans of the brand to families with children.

A son named Erasmus, available on demand at Easter

Gian Luca Cama - April 9 2020
We are now about to reach the first month of quarantine dictated by the COVID-19 emergency. A few weeks ago I proposed 5 co-op titles to go through ...
BusinessWire

EA and FIFA Announce the EA SPORTS FIFA 20 Stay and ...

Lupine III: Fujiko Mine no use - first trailer unveiled ...