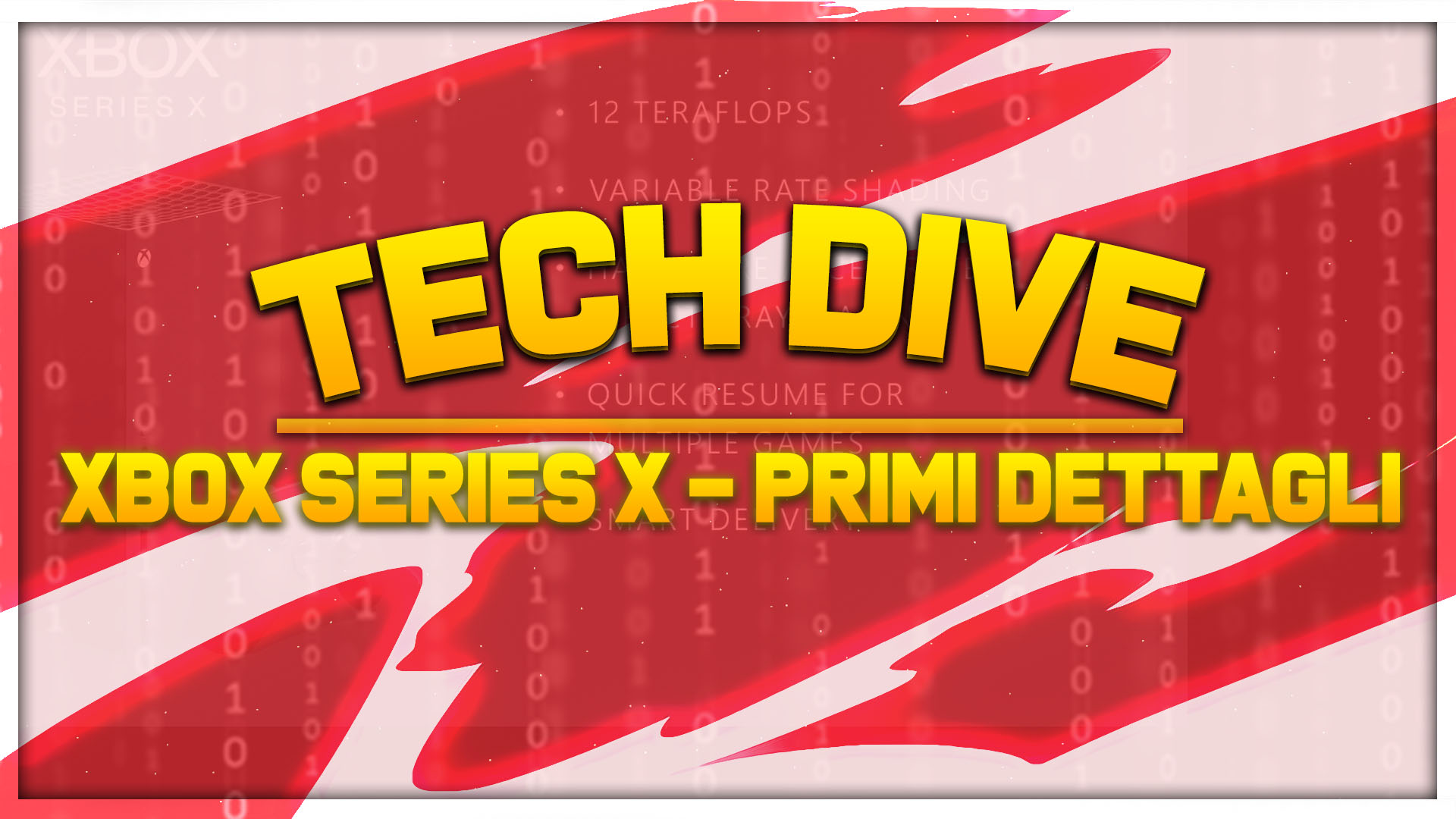 Microsoft it was the first to reveal more in detail its cards for the next generation of consoles, arriving later this year.

When Sony breathed its first features, I wrote a study, which in principle is still valid, but now it is time to update thanks to the new juicy news announced by the competition.

The speculations have followed in the various months and now we have confirmation that the Microsoft console, and in a similar way to the generation that is also setting Sony, will make combined use of the Zen 2 architecture for the processor part and RDNA 2 for the graphic part, with a graphic computational power of 12 TeraFLOPS. Let's give some perspective to these words.

It was 2 is the name of the first revision of Zen architecture, introduced by AMD on its Ryzen processors. Those who have built computers in the past year have been able to appreciate their performance. The Ryzen 3000 series perform very well at an affordable price we recommend ourselves their purchase to any player who wants to optimize their spending. No new information on the number of processors and frequencies of use, but one thing is certain: the improvement will be tangible from many points of view.

Here though we are not looking at the cutting edge, as AMD is ready to present this year and most likely to release its ZEN 3s, which will bring further improvements. For the consoles, therefore, it was decided to use proven, tried and tested technology, with a history of optimization and amortization of production costs on the rump. You won't miss much, it will be an excellent basis for a new console cycle.

Where instead we will have the latest discovery of the technique is in the graphic sector. RDNA 2 architecture has not even been presented to the public yet. Microsoft confirms that this architecture will implement parts of chips dedicated to the acceleration of the ray tracing calculation according to the Direct X standard. It is therefore plausible that they will perform the same function of the RT cores that Nvidia has mounted on its RTX cards, namely to be accelerators of the intersections rays inside structures that enclose all the geometry of the game, called Bounding Volume Hierarchy.

A ray to tame them all

Ray Tracing is a extremely realistic way to calculate lighting of a scene. Imagining looking at the game world from the screen, for each pixel several rays are emitted that bounce off the scene going to reconstruct the path made by light, based on accurate physical laws. The resulting effect is a much more realistic and natural lighting of the rooms. Metro Exodus and Control have shown off this technology and knowing how to apply it to all the next generation titles is a 500 year old dream come true. In addition, speculation I want the performance of these cores for Ray Tracing to be double compared to current Nvidia cards, a significant leap for the adoption of this technology.

Among other things, it is repeated several times how this will also improve the audio. The same techniques of rebounding the rays, can also be used for sound waves, going to recreate the positional audio in a much more accurate way. This is an improvement that I'm extremely curious about: imagine a shooter like Tarkov how much he would gain from it.

The other interesting fact concerns the power expressed by the console. 12 TeraFLOP. A unit that represents how many operations per second a computing unit can do. Whether these operations do useful or useless work depends on how the architecture is built and how the software is coded.

To make a comparison with the PC world, the RTX 2080 Ti, a card over € 1200, has 11,7 Teraflops of nominal power. At typical operating frequencies, it reaches 14 Teraflops. The fact that the new generation consoles can get close to so much power is exciting for the possibilities offered. There are however architectural differences with Nvidia technology, so a fairer comparison is with the first generation RDNA chipsets that are already on the market.

AMX's current flagship RX 5700 XT reaches 9,8 TeraFLOP at typical boost frequencies. The new Xbox, being new technology, will have not only more brute power expressed by the number, but also improvements in efficiency due to the new architecture. I have no memories of a new console that manages to be more powerful than the flagship PC product. Hopefully AMD will present something of a higher category between now and the end of the year.

the RX 5700 Xt is a card that nowadays manages to manage Gears of Wars 5, all at ultra, at 112 fps in full HD, 78 fps at 1440p and 40fps in 4k. When Microsoft talks about maximum 120fps framerates supported by the console and the HDMI 2.1 standard, they are performances achievable with this hardware by appropriately adjusting the details ... or not?

Not only power, but also efficiency and speed

Il Variable Rate Shading is another of the new technologies, to date supported by the Turing series of Nvidia on PC by a couple of titles, which allows an increase in performance for free. I know, such a thing is impossible. But the result is exactly that. Human sight has an ability to notice minutiae only in the center of its line of sight. It was therefore thought to build an algorithm capable of lowering the detail of parts of a scene. By leaving what our eye cannot discern in a lower quality anyway, we save computational power. Currently the technology allows to obtain a + 20% to the framerate in the few supported games. Microsoft defines it patented, so I imagine an extremely performing algorithm in action. Being able to extract every drop of useful power is always desirable.

The other news is also interesting. The possibility of hibernating the state of multiple games at the same time is fantastic, although I imagine it will eat a lot of space on the SSD, the reduced latency is always good for competitive games, which thanks to 120fps could find new life even on consoles .

The support to HDMI 2.1 brings adaptive refresh rate and low latency mode even on consoles, with much more arrogance than Xbox One X, the first console to support this feature, did. The behavior is simple: the frequency of the monitor is no longer fixed, but becomes variable. It will be the same as the frames generated by the GPU. 90 fps? The monitor will go to 90hz. This greatly improves the player's perception of fluency. The high-performance PC monitor market now has a new outlet: consoles. It is hoped that TV manufacturers will follow this possibility.

There is a lot of meat on the fire despite the few minute details, but it's all excellent. Finally a console that starts from a cutting-edge and high-power technological base. It will certainly be less "loffia" than the current one. We look forward to Sony's answers, as Xbox Series X seems to start with a bang.

Houseparty says he is a victim of defamation

A modder creates a portable Nintendo 64

Wizards of the Coast Brings the King of the Monsters to ...

Igno - April 2 2020
I spent about 40 hours on the latest Arc System Works effort - and many more will follow - getting more passionate than ever before in ...