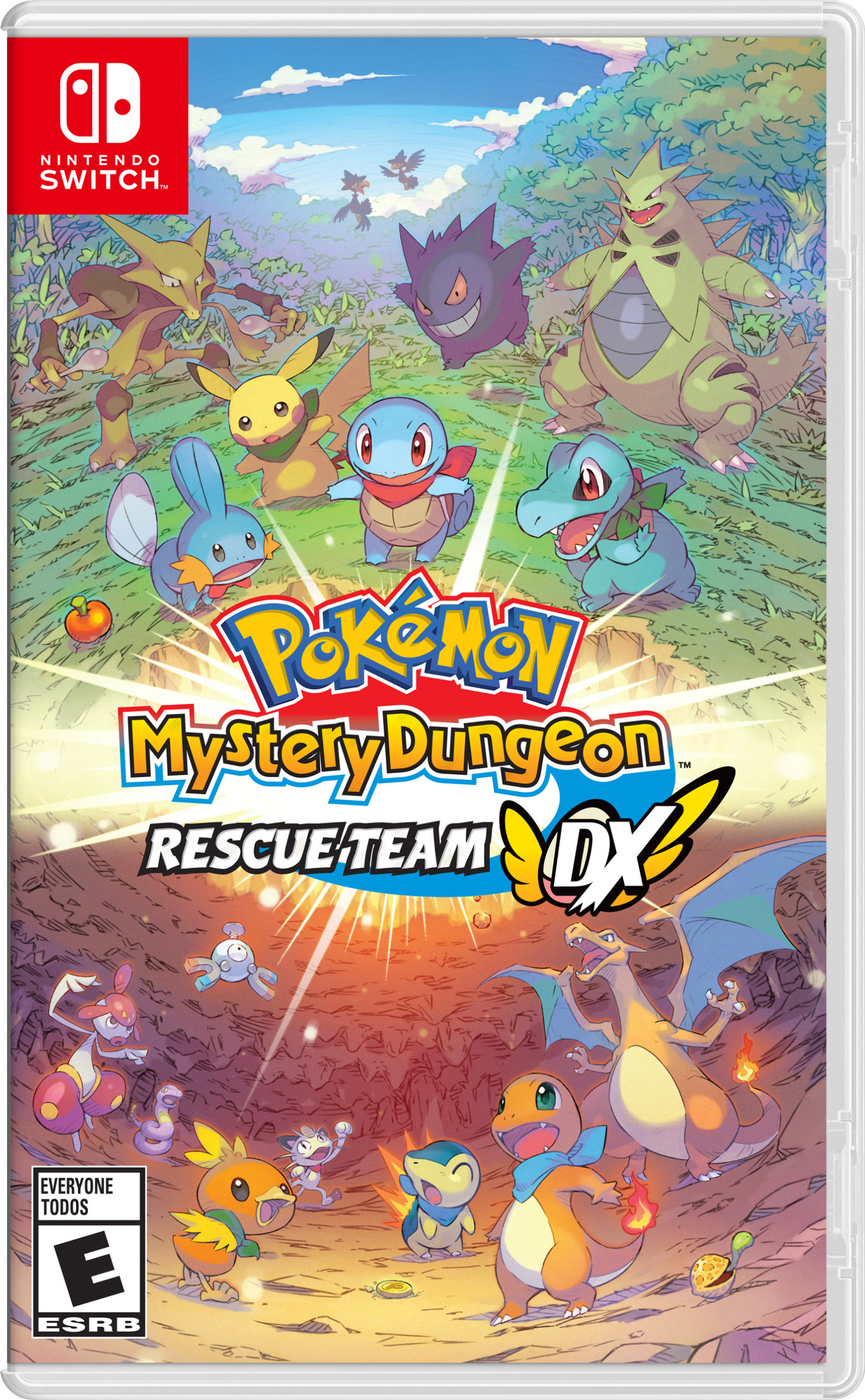 REDMOND, Wash .– (BUSINESS WIRE) –What if one day you woke up and discovered you were a Pokémon? In the Pokémon Mystery Dungeon: Rescue Team DX game, which is now available for the Nintendo Switch family of systems, you wake up to find yourself in that exact predicament. Journey as a Pokémon through a world filled with mysterious dungeons and recruit a rescue team of Pokémon friends with personalities of their own. Explore watercolor-inspired environments while pursuing an enthralling quest to make the world of Pokémon a safer place, and try to unravel the strange mystery behind your sudden awakening as a Pokémon.

This enhanced reimagining of the Pokémon Mystery Dungeon: Red Rescue Team game for the Game Boy Advance system and Pokémon Mystery Dungeon: Blue Rescue Team for the Nintendo DS system features more than 400 Pokémon, including Mega Evolved versions of fan favorites such as Venusaur, Charizard, Gengar, Sableye, Altaria and Gardevoir. In addition to revamped visuals and the addition of more Pokémon, the game also features Auto mode in dungeons, useful capabilities known as rare qualities and many other surprises to discover.

"Pokémon Mystery Dungeon: Rescue Team DX is a different type of Pokémon adventure that allows fans to actually become a Pokémon and interact with some of their favorite characters in a special way, "said Nick Chavez, Nintendo of America's Senior Vice President of Sales and Marketing. "This game can be enjoyed by Pokémon fans of all ages, with tons of enemy Pokémon to battle and treasures to discover."

Pokémon Mystery Dungeon: Rescue Team DX features a fun story with many mysteries to uncover, including the legend of Ninetales, a Pokémon that is rumored to have tails imbued with psychic power. It's been said that those foolish enough to touch one of its tails would be cursed for a thousand years. Is there any truth to these folktales passed on since long ago?

In addition to unraveling various mysteries, you'll also meet Legendary Pokémon during your adventure, including Articuno, Zapdos and Moltres. Mythical Pokémon such as Celebi and Jirachi will also appear! Your encounters with these Pokémon could inspire legends of their own.

While exploring dungeons, you'll occasionally encounter particularly strong foes, which are marked with crown symbols over their heads. Sometimes these strong foes can even be rare Shiny Pokémon. Will you have the skills necessary to recruit one to your team? Even if your rescue team members faint in battle against a foe, you'll still have options to help your buddies in trouble. You can send requests for another player to come rescue you through the friendly Pelipper Post Office. When your team is rescued, they can continue their adventure from the floor where they fainted.

If you're feeling courageous yourself, you'll also have the option to help those in need by fulfilling their requests too. Rescue requests can be sent and received online * or through an in-game password system. You can receive items, Poké (the currency used in shops) or rescue points for your rescue team rank as a reward for helping others. A good deed is its own reward, but these fun bonuses certainly sweeten the deal. So get out there and form your rescue team today!

Pokémon Mystery Dungeon: Rescue Team DX is now available at a suggested retail price of $ 59.99. There's also a free demo in Nintendo eShop on Nintendo Switch for those who want to try the game before purchasing it. Save data from the demo version will carry over to the full version of the game, once purchased. For more information about the game, visit https://mysterydungeon.pokemon.com/en-us/.

About Nintendo: The worldwide pioneer in the creation of interactive entertainment, Nintendo Co., Ltd., of Kyoto, Japan, hardware and software markets and software for its Nintendo Switch™ system and the Nintendo 3DS™ family of portable systems. Since 1983, when it launched the Nintendo Entertainment System™, Nintendo has sold more than 4.7 billion video games and more than 750 million hardware units globally, including Nintendo Switch and the Nintendo 3DS family of systems, as well as the Game Boy™, Game Boy Advance, Nintendo DS™ family of systems, Super NES™, Nintendo 64™, Nintendo GameCube™, Wii™ and Wii U™ systems. It has also created industry icons that have become well-known, such as Mario, Donkey Kong, Metroid, Zelda and Pokémon. A wholly owned subsidiary, Nintendo of America Inc., based in Redmond, Wash., Serves as headquarters for Nintendo's operations in the Americas. For more information about Nintendo, please visit the company's website at https://www.nintendo.com/.

About Pokémon: The Pokémon Company International, a subsidiary of The Pokémon Company in Japan, managed the property of Asia and is responsible for brand management, licensing, marketing, the Pokémon Trading Card Game, the animated TV series, home entertainment, and the official Pokémon website. Pokémon was launched in Japan in 1996 and is one of the most popular children's entertainment properties in the world. For more information, visit https://www.pokemon.com.