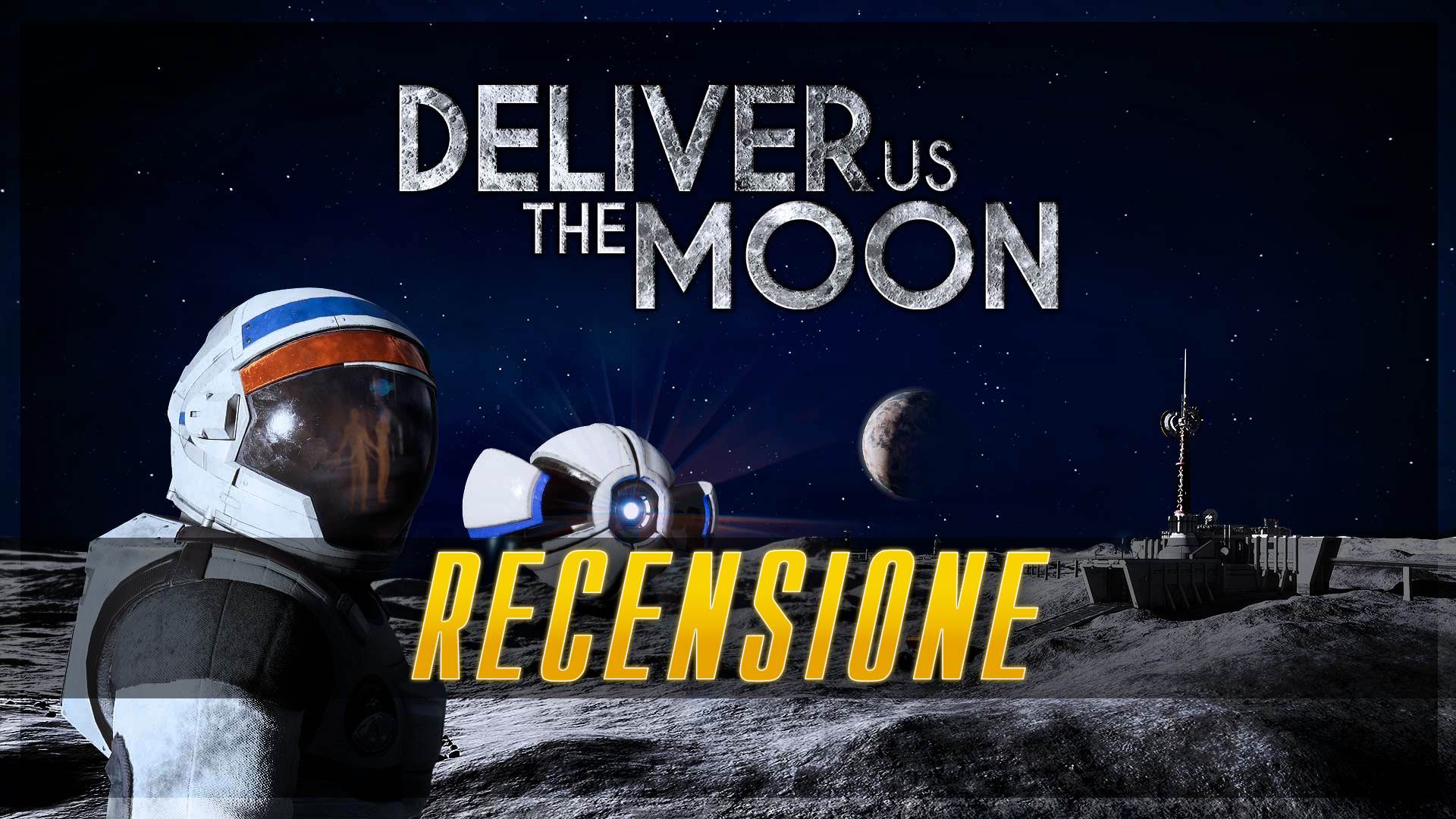 Deliver Us the Moon it was launched in 2018, after a campaign Kickstarter which promised a game very different from the final result. They were forced to withdraw it from the market and relaunch it in October 2019, with a new graphic design and finally with the last act of the adventure.

Hard Sci-Fi for once

We are faced with a third-person graphic adventure, in which we play as a brave astronaut on whom a very important task weighs. The narrative background of Deliver Us the Moon is interesting and it rests on much more solid scientific bases than one might think. In the near future, the game imagines a major ecological and energy crisis that leads to the collapse of all humanity. The Moon is revealed to be the keystone for human survival. On the ground in our satellite there is indeed helium-3, a helium isotope, in much higher quantities than Earth. This is very important for obtaining second type nuclear fusion processes. The problem is obviously to transport this energy to Earth. Here, therefore, a microwave-based energy transfer system is built: in essence, energy is produced directly on the Moon by a giant fusion reactor and is channeled on earth thanks to the transmitting and receiving parables.

One fateful day, energy no longer comes from the moon. The Earth is panicking and not even a rescue action is attempted. 5 years after the blackout, you are the only ones who still believe in the possibility of putting things right. And here the game title, Deliver us the Moon, acquires all its meaning. From here the narrative develops with fairly classic methods for games of this type: audiolog scattered around the levels, holographic recordings, texts, emails, terminals and elements that dot the game scenarios.

Who is it that leaves their audiologists around?

The narrative system works: there is a desire to understand what happened in the station and the information is swayed in the right way to keep that halo of mystery until the final bars. This is combined with the beautiful atmosphere that you breathe from inside your astronaut suit. The environments are evocative at the right point while remaining mainly pragmatic and plausible. The wow effect is a bit missing, the extraordinary effect that other similar games manage to have because they range much more with the imagination, but I really appreciated the more hard-sci-fi imprint.

Unfortunately, the overall experience of Deliver us the Moon it does not rise beyond the simply pleasant". The environmental puzzles to be solved too often reproduce the same concepts, being repetitive and are also very simple. The mechanics available to the player, a laser beam to remove obstacles and a robot to be piloted to reach inaccessible places, are very underutilized. The whole experience is linear and extremely guided, the exploration opportunities left to the player are very rare, as an end in themselves, just to collect some objectives and collect some hidden collectibles.

A point of praise for the Dutch developers of Keoken interactive is the implementation of the latest Nvidia graphics technologies in an indie game: Ray Tracing and DLSS. The result is excellent, especially in a game like this, with a slow pace and which naturally brings the players' gaze to the details. The Ray Tracing implemented here allows to obtain more realistic shadows and accurate reflections both on transparent and opaque surfaces. The result is excellent and when traveling in the station, observing the outside looking at one's reflections on the glass of the space structure has something magical and new. There is no more need for tricks and deceptions to achieve this effect, but it is all natural.

In terms of performance, of course, everything has a price. On my RTX 2060, playing in 2560 × 1080 with everything enabled to the maximum, brings the framerate to 40 fps. Fortunately, Deliver us the Moon also implements DLSS in version 2.0, an extremely improved version of upscaling based on artificial intelligence algorithms. I was positively impressed by the quality of the final image, which did not appear too blurry, nor that it lost too much quality. The only artifact introduced is a trail to the character when he moves too fast, probably due to the temporal component of the DLSS filter.

The performances with DLSS in balanced mode abundantly exceed 60fps in the vast majority of game environments, thus allowing anyone with even the smallest of Nvidia able to accelerate Ray Tracing to enjoy the game without the slightest compromise in the graphic detail. The only sore point is to be found in the graphics engine used: the Unreal Engine. Unfortunately, with active Ray Tracing, the construction of the acceleration structures, the BVH, is linked to a single core and therefore those who have slightly older processors, such as my Xeon 1650, can find themselves in side bottlenecks CPU.

Summarizing and concluding, Deliver us the Moon is an adventure graphically remarkable, which lets you play with pleasure, but after the 4-5 hours necessary to see the credits, you will have very little to carry in your memories.