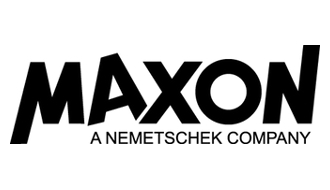 FRIEDRICHSDORF, Germany– (BUSINESS WIRE) -# 3Dsoftware—Maxon, the developers of professional 3D modeling, animation, and rendering software solutions, today announced that it is now a Unity Technologies Verified Solutions Partner and is distributing a plug-in for Unity, called Cineware by Maxon. The new plug-in provides developers and creatives with seamless integration of Cinema 4D assets into unity. Artists can easily create models and animations in Cinema 4D for use in real-time 3D (RT3D), interactive 2D, 3D, VR, and AR experiences. The Cineware by Maxon plug-in is available free-of-charge on the Unity Asset Store.

The plug-in is compatible with Cinema 4D Release 21, the latest version of the software, and Unity's latest release, 2019.3. The Cineware by Maxon plug-in does not require a license of Cinema 4D as long as Cinema 4D scenes have been "Saved for Cineware." By default, imported assets will appear relative to the asset folder or imported asset. The plug-in also supports user-defined folder hierarchies.

The Cineware by Maxon plug-in is immediately available at no cost for macOS and Windows on the Unity Asset Store.

Headquartered in Friedrichsdorf, Germany, Maxon is a developer of professional 3D modeling, painting, animation and rendering solutions. In January, Maxon and Red Giant closed a merger of the two companies. The combined company's award-winning Cinema 4D, 3D redshift and Red Giant related software products have been used extensively to help create and render everything from stunning visual effects in top feature films, TV shows and commercials, cutting-edge game cinematics for AAA games, as well as for medical illustration, architectural and industrial design applications. Maxon has offices in Germany, USA, United Kingdom, Canada, France, Japan and Singapore. Maxon products are available directly from the website and its worldwide distribution network. Maxon is part of the Nemetschek Group.

Additional information on Maxon can be obtained as follows:

All trademarks contained herein are the property of their respective owners.

Ubisoft Announces Sale on Tom Clancy's The Division® 2 for Limited ...