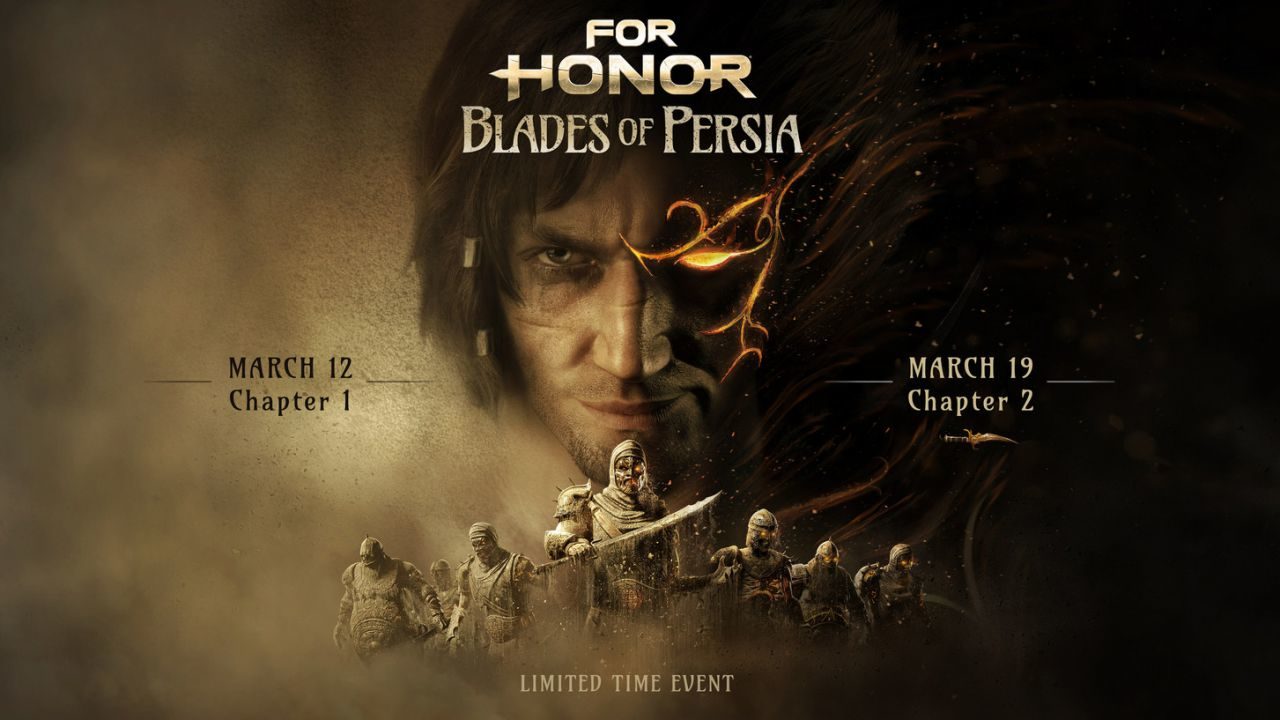 Ubisoft has decided to bring Prince of Persia back to life, but not thanks to a new chapter in the saga, but for the event Blades of Persia in For Honor.

From today until April 2nd, you can go back to playing the role of the most loved prince by video gamers.

Blades of Persia will transform For Honor for three weeks, offering a limited-time game mode, a new arcade mode mission and a host of new Prince of Persia-inspired items, as well as a free event pass available for all players. 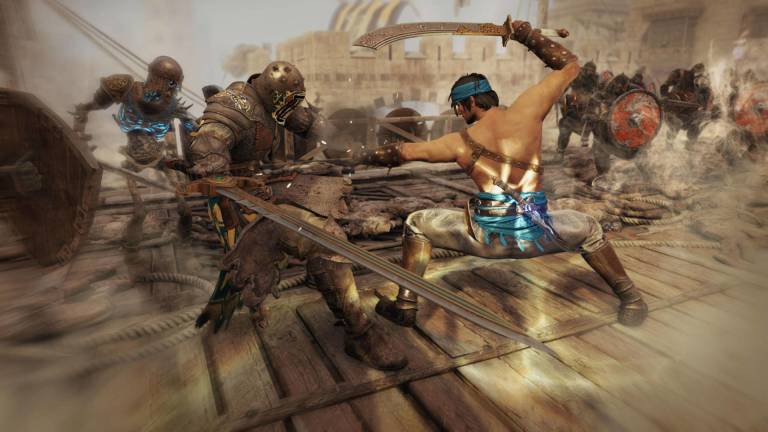 After the heathlands of Heathmoor were hit by a violent sandstorm, the Prince of Persia came to For Honor to claim his throne.

With him he has brought an army of sand creatures into a time-limited game mode, Sovereign of Time, which will see the heroes busy tackling and defeating the Prince and his creatures in a variant of the Port map in Domination Mode. During games, the Prince will unleash a tornado of sand and try to destroy any hero who hinders him with the legendary Dagger of time.

In addition to the special mode, For Honor will receive some Prince of Persia-themed changes, including entirely renewed game menus with new graphics and music coming directly from the Prince of Persia universe.

The event also introduces a wide range of themed personalization items. As part of the free event pass, players will be able to access 30 tiers of Prince of Persia-inspired gear and loot.

With the free tiers, they will be able to obtain a new battle dress, a Sand Effect, a frame for the emblem and 26 new ornaments, as well as recoveries, steel and cases. During the event, players will be able to acquire the following items:

As the sands of time flow during the event, the Prince will embrace his evil roots, transforming himself into the Dark Prince and creating a new game mode from March 19th.

Did you miss this legendary video game saga?

Nicolae Locatelli - May 14, 2021
In the US, some chains have been forced to remove Pokémon cards from their stores for security reasons. The situation is slipping away from ...
News

NEO: The World Ends with You - Opening Movie Released ...

Piermatteo Bruno - May 14, 2021
NEO: The World Ends with You, the highly anticipated sequel to the JRPG released 13 years ago on Nintendo DS and then further expanded on Android / iOS and ...

Take-Two, agreement reached for the acquisition of Codemasters

Bloodstained: Ritual of the Night arrives on Android and iOS