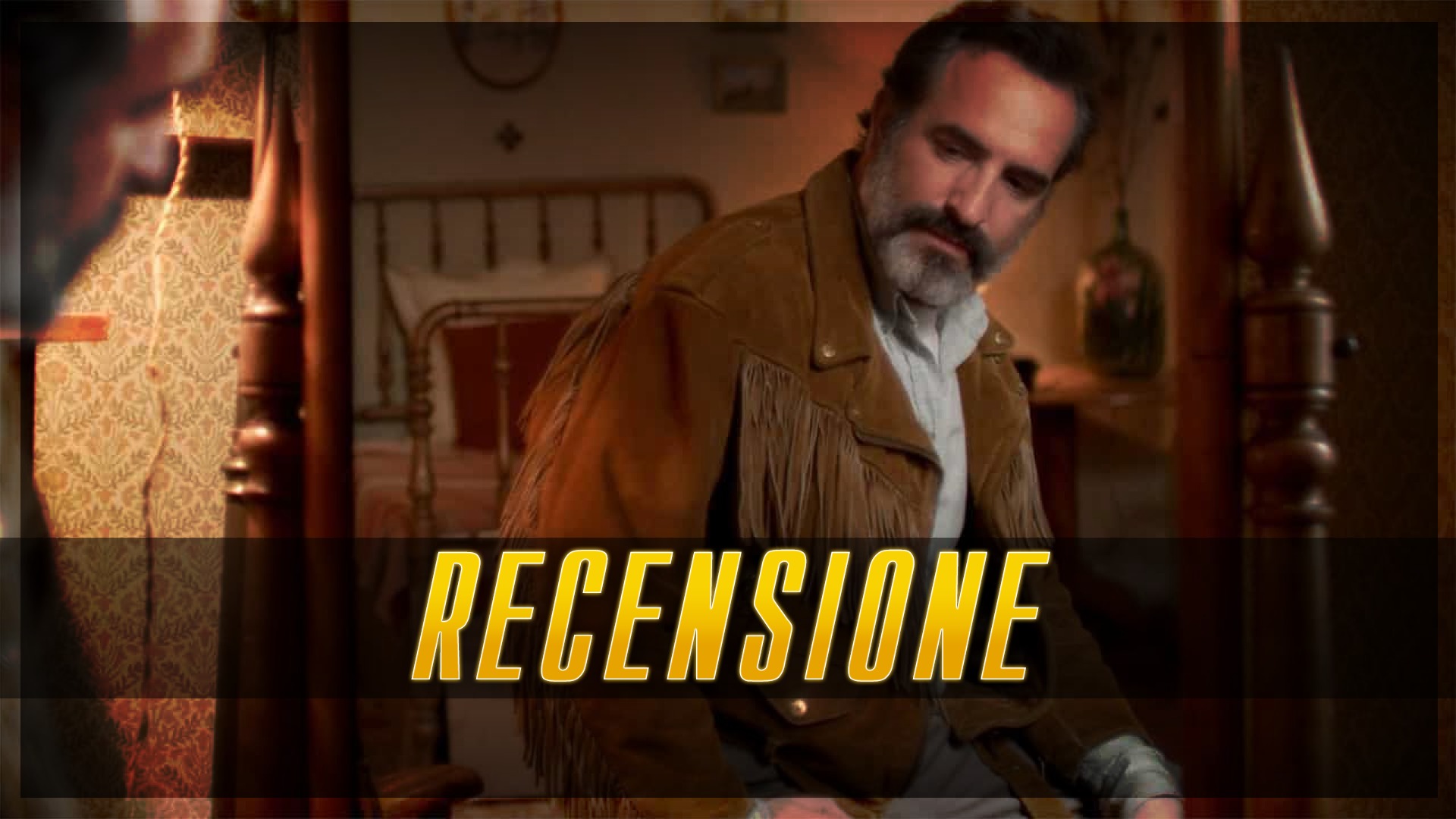 I had the opportunity to participate in Quentin Dupieux's Double Skin preview. The artist, known primarily for being a French musician under the pseudonym of "Mr. Oizo"(You remember the wonderful Levis advertising with his song?), has decided for some years now to change his artistic life to devote himself to cinema.

The protagonist of the film is Georges (Jean Dujardin) a mysterious character who decides to invest all his earnings to buy one 100% deerskin jacket by a stranger who, in homage, also gives him a digital video camera of dubious quality.
George, enchanted by the alleged "beauty" of the jacket, decides to devote all his attention to the latter, making it, in fact, become his second skin.

Her mania towards the dress leads him to be obsessive towards it, making him fall into a spiral that leads him to madness and a criminal delusion. To give strength to this madness we find the second co-protagonist of the film, Denise (Adèle Haenel), a waitress who has a passion for cinema and, specifically, for editing.
George, bewitched by the maid, pretends to conquer her an important director who has gone through those bleak lands to shoot a feature film with a strange goal: to film a film based entirely on his jacket, with the ultimate aim of eliminating every aspect from the face of the earth single jacket in the world. Using any means and at any cost. 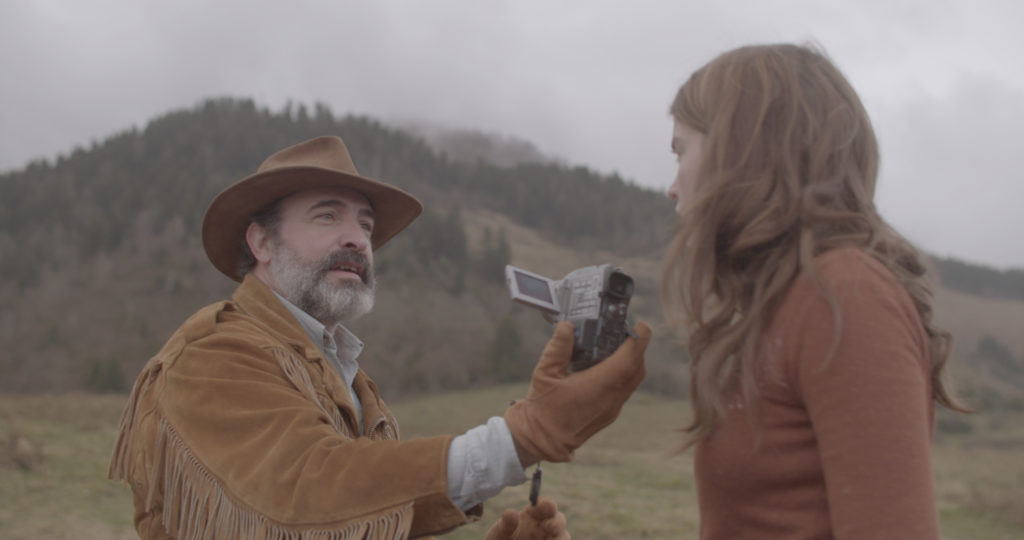 Quentin Dupieux, managed to direct, edit and write, also thanks to the precious help of Oscar winner Jean Dujardin, “Double leather", a film that wisely manages to mix different genres with a pleasant result even if, precisely for this reason, it cannot identify itself in a single vein. The film indeed combines elements with slightly darker humor to flow into horror adding some moments of intense tension. An understandable choice, given the madness of Dupieux himself, and which he manages to entertain, even if the changes in rhythm can displace (and not a little) the spectator. 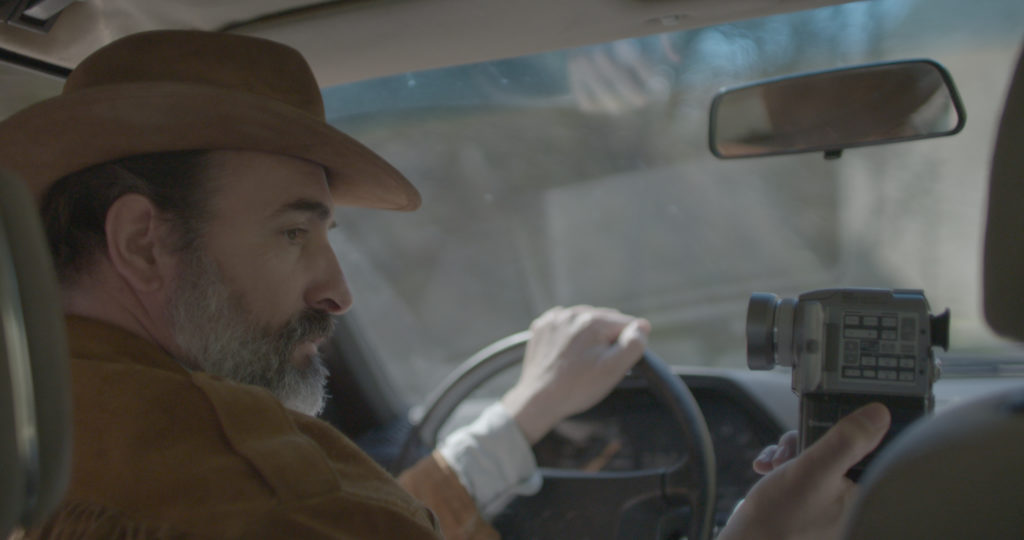 If you need to have a little patience to get to the heart of the film, since the first part, even if it introduces us to the character of George, is slow, the second part of the film is decidedly more interesting, both for humor and, above all, for the narrative implications staged. To improve the performance, we find Jean Dujadin, who thanks to his masterful interpretation manages to make the film palatable and to appear credible for the role he plays both in the comic clothes (due more to his clumsiness than anything else) and, at the same time, to be disturbing and frightening.

As reiterated previously, the actor moves within a film that seems to have fun with multiple genres, passing without ever appearing exaggerated from comedy to horror, and consequently creating an atmosphere of tension which, however, does not deprive the viewer of sincere laughs. And it is precisely here that you notice the skill of the director Dupieux, capable of giving birth to a feature film with a definitely original script (pay attention to how you dress, especially if you wear a jacket!), Unusual, and therefore for this reason surprising, and that , icing on the cake, it makes you look with great pleasure.

Double leather it was due to hit theaters on March 19. Unfortunately, as we all know, the Coronavirus pandemic has quarantined our country, closing for now all activities including cinemas until April 3. So the release in the room at the moment has been postponed until a later date. As soon as we receive some news, we will update the article.

BusinessWire - August 13 2020
SINGAPORE - (BUSINESS WIRE) - # GTArcade - On August 13th, the Singapore subsidiary of YOOZOO Games (YOOZOO Singapore) announced that it has signed a memorandum of cooperation with five polytechnics ...
News

Andrea Schietroma - August 12 2020
What's the difference between making a 30fps game and a 60fps game? Because some titles appear graphically inferior to others released over the years ...

A son named Erasmus arrives at the cinema from ...

Onward - beyond magic, the new trailer reveals the rumors ...