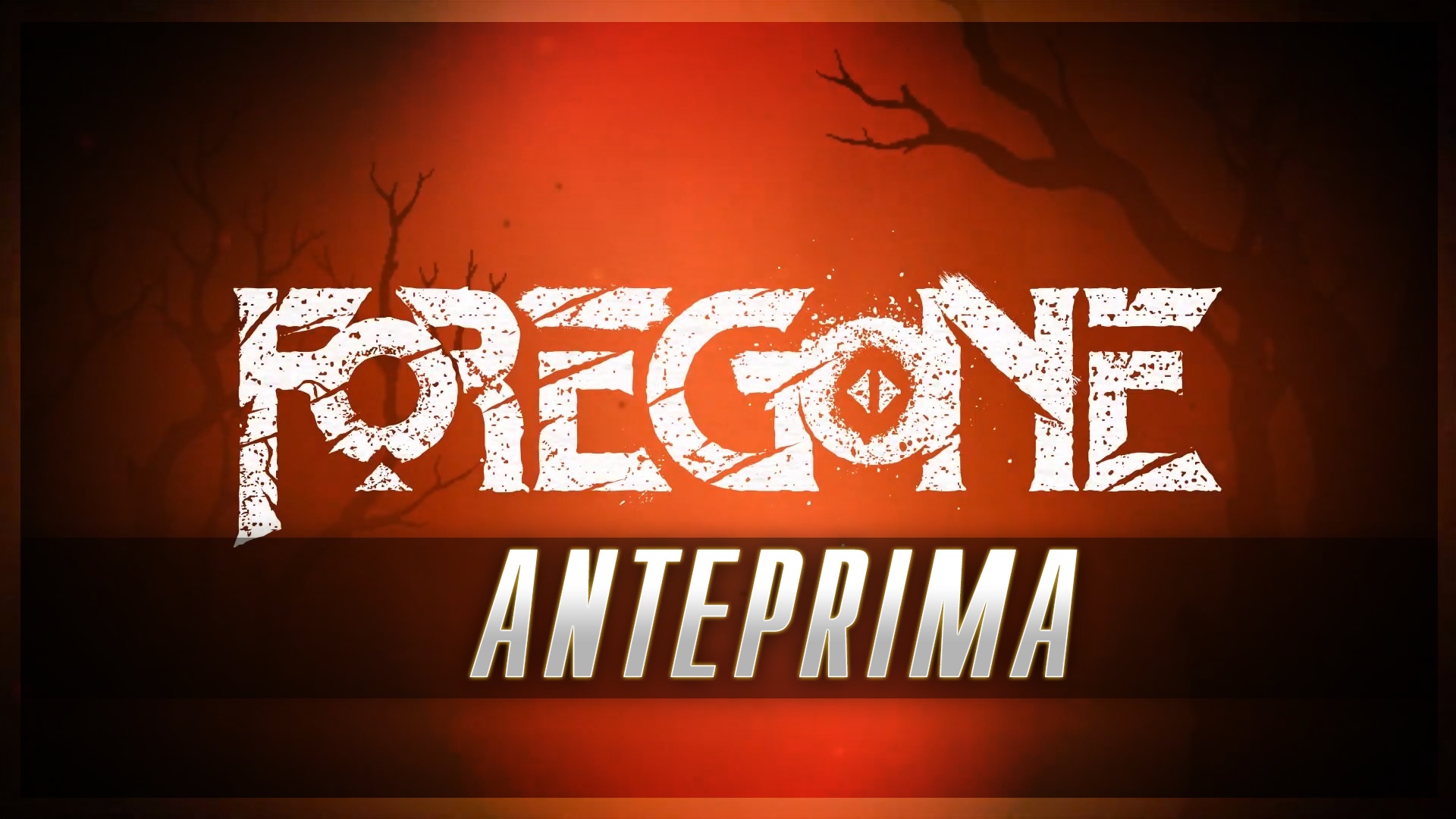 I have tried it for you foregone, title currently in Early Access on Epic Games Store. The game should presumably be launched in its final version a March of the 2021, which is why developers will still have a good amount of time to refine everything and work on some critical issues.

Whoever decides to give this promising title a chance will find himself in his hands action with two-dimensional development of the map, at the heart of which we find the mechanics of the looting. Foregone in fact uses a system similar to what we saw, for example, in Borderlands: every defeated enemy has the possibility of dropping the player an object, be it weapon or equipment.

Foregone reminds us of something 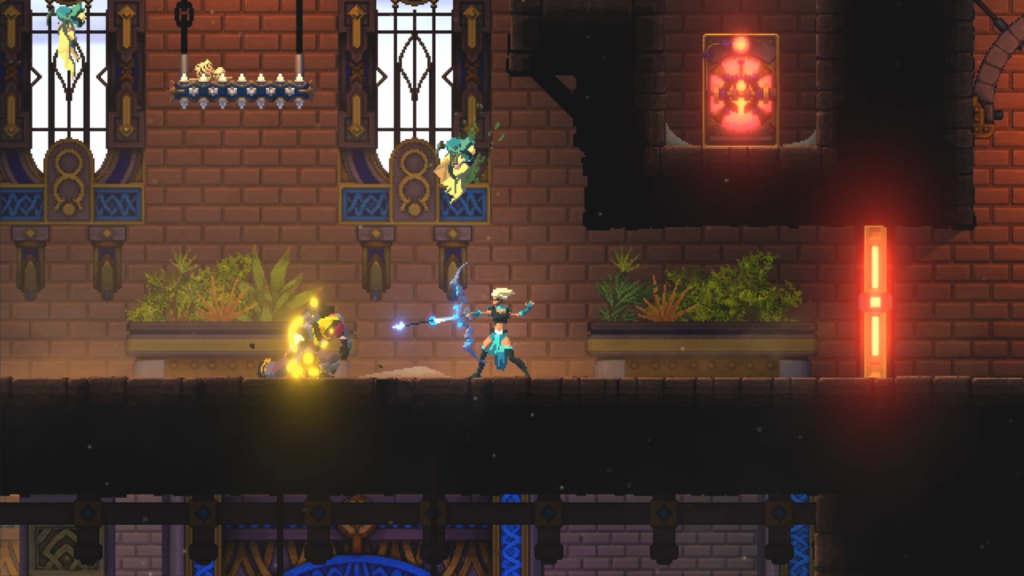 Without going around too much I tell you right away. Foregone, visually speaking, looks damned like Dead Cells. Graphically we are in fact faced with a title whose game world, as well as objects and particle effects, has been reproduced in two dimensions. Instead, our character and enemies were modeled with one 2.5D pixel art able to convey a truly suggestive and successful polygonal and depth effect.

The narrative incipit of the title is given to the player with a handful of lines of text. Our protagonist is a super soldier, renamed Arbiter, created by scientists from Calagan, a technologically advanced city, now invaded by a rival state. The player's job is therefore to reverse the tide of war. This must be enough for the player, because they are immediately thrown into the fray in a tutorial that seems to want to taste what will be the trend for the whole continuation of the adventure: Foregone is not an easy game.

Getting to the end of the first phase, which gives us access to the first two skills that we come into possession, is not a particularly difficult undertaking, but it certainly already indicates in itself a fairly marked difficulty. After all, these introductory sections usually serve to make the player learn the basic mechanics of the aforementioned game, and in fact this is exactly what happens.

Neither roguelike, nor metroidvania 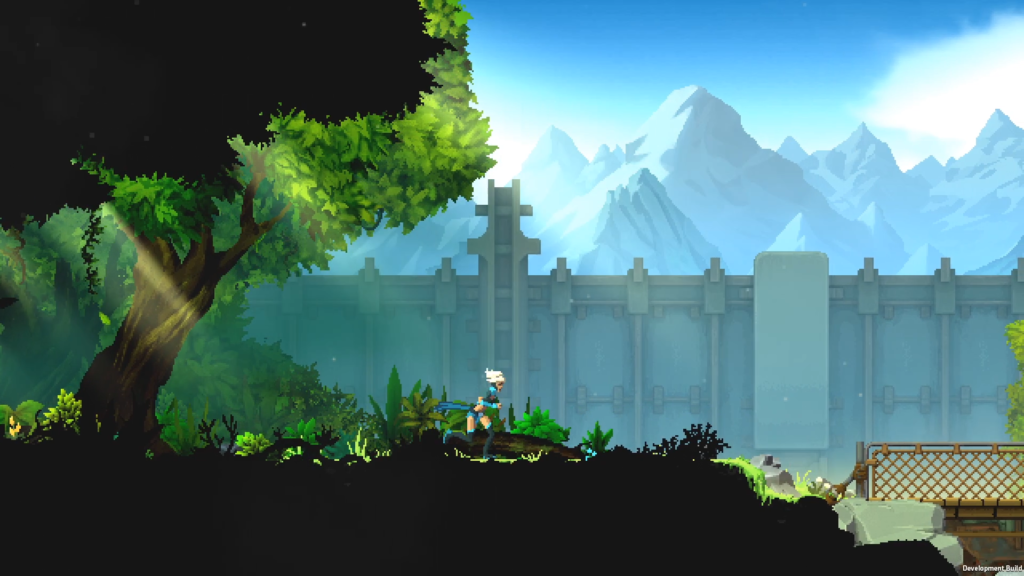 Foregone is not a roguelike much less a Metroidvania. The structure of the game is very precise and linear. There are skills to be obtained during the adventure, but they will not give access to new areas, which is why backtracking is theoretically absent. I say theoretically because the player is not called to retrace their steps to access secret areas or areas previously inaccessible, but in fact being the title strongly based on Trial & Error, this happens anyway.

The title is in fact based on the concept that every time a specific section is addressed it is stronger than the previous attempt. This improvement occurs basically for three reasons: the player buys experience; it seems trivial but it is not so. I assure you that the learning curve of the mechanics of the title in question is at least palpable. In addition each key event reached, as trivially an unlocked door, is maintained even after the defeat of the protagonist, making possible a sort of rush from the checkpoint. Second factor is the possibility of strengthening: at each game over the player is automatically teleported to the main hub where it is possible to exchange the collected coins with weapons and armor upgrades. Finally there is the focal point of the entire game experience: the loot system.

As mentioned earlier, each defeated enemy has a chance to drop an object. Melee weapons, ranged weapons, armor, accessories ... there are many objects in the game and each one can be generated with different statistics, side effects and rarities. This gives the game a truly commendable variety, as the moveset, the range and physics of some weapons (just think of the difference between a shotgun and a bow) drastically change the approach method compared to enemies. Furthermore, it is possible that, thanks to the obtaining of a particularly powerful object, it is finally possible to overcome an apparently insurmountable obstacle.

The rush until the launch 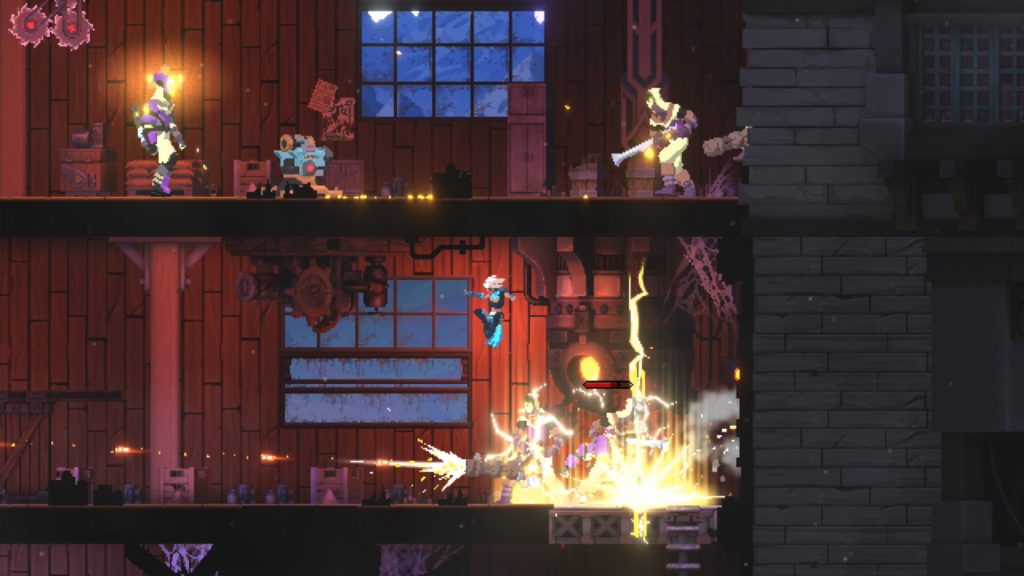 foregone still has enormous room for improvement. Despite its extremely punitive nature, the game manages to be more frustrating than necessary in certain situations. At the beginning of each area there is a checkpoint, reachable through teleportation. Therefore, each defeat will be due start over from the aforementioned checkpoint. Some areas are obviously unbalanced in their development, either because of the length of some of them, or because of the density of enemies in some areas. One would expect to find one at any moment safe zone or an intermediate checkpoint, which, on time, is never present.

Foregone is probably an experience much more refined than other titles in Early Access. Technically, he does very well in all situations with truly remarkable stability and fluidity. The focus of the developers, however, will have to focus on these months that separate us from the official launch, on the general balance of the game. In any case, the game offer works and is in any case already stimulating, especially once you have gone inside the loot system and upgrading of the equipment found.