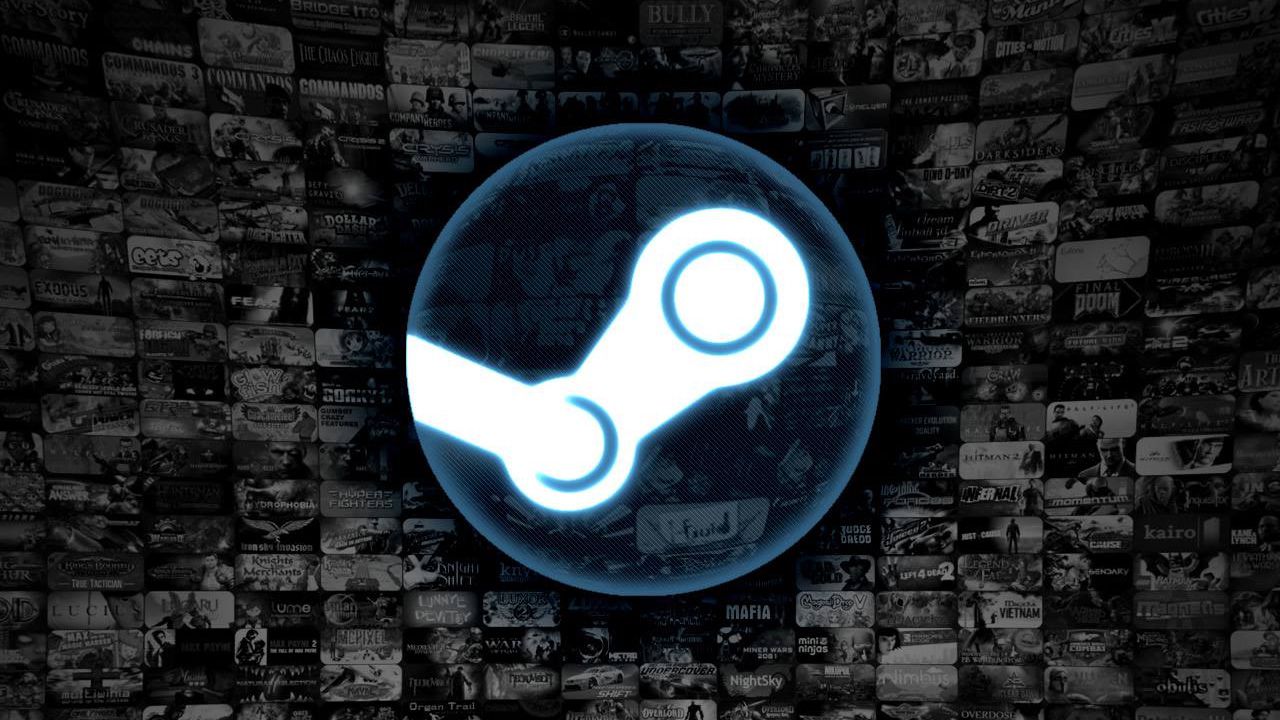 These days of isolation can be an opportunity to dedicate ourselves to videogames and feel like patriots while we do it. But if you are short of titles (and you are part of the PC master race) before launching yourself on the Steam store, here are some proposals for more or less "old" games that you may already have, or in any case buy at a reduced price, to be revisited with mods developed by fans, who have spent months or years working for free to give us all a new way to enjoy these titles.

Honorable mention a Edain mod e Age of the Ring, two incredibly vast and complex projects for the strategic Battle for Middle-earth II: Rise of the Witch King, both offer new mechanics, balances, campaigns, units and heroes from the Tolkenian universe. Why just a mention then? Not so much for the relative complexity of the installation (which however may not be immediately available to everyone), but because it is a mod for the expansion of a game that has been licensed hell for several years and therefore not distributed on any official channel . If you can get your hands on a copy, however, it is worth trying at least one of these two very different experiences.

Let's start with the most recent release on this list: Total War: Warhammer II. The creative assembly fantasy strategy receives constant support from the developers, but it also enjoys one of the most productive communities on the Steam workshop. Despite the limited tools available (it is not possible to import external textures, it seems for copyright reasons) there is a continuous flow of new content on the workshop, be it units, minor factions, rework or whatever. If you prefer to have everything in one package, there is no lack of overhauls, and the most appreciated one remains “SFO: Grimhammer II"SFO stands for steel faith overhaul, and the purpose of this mod is to bring the premises of the base game to the extreme: therefore more outlined identities of factions, new units (always remaining faithful to the Warhammer lore), new minor factions, various rework and rebalances of all aspects of the game, with a submod available to further personalize your campaign. The team behind SFO works at full speed to keep up with the patches and add original content with impressive frequency, so much so that for many, playing Total War: Warhammer II without SFO is no longer even an option. 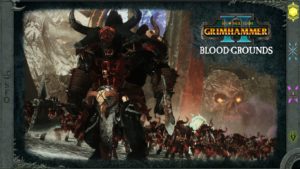 We remain on the Gamesworkshop ip with Warhammer 40.000 Dawn of War: Soulstorm, Adrenaline-fueled RTS set in the universe of eternal war. Soulstorm was warmly welcomed when it was released back in 2008, mainly due to the limited innovations compared to the previous chapters, but Ultimate Apocalypse it elevated it far beyond the status of its predecessors, thanks to the introduction of a ridiculous amount of new units, technologies and, above all, the titans. Some are so large that they fill the screen, and have a devastating impact on the game: the feeling of seeing one of these monsters advancing towards their base is indescribable and the mod gives more intense emotions than anything Dawn of War III has to offer. The installation is not particularly complex but requires the separate download of the Tyranids (also equipped with beasts as big as skyscrapers), the process is however detailed in the instructions. At the moment only skirmishes and multiplayer are available, in the meantime, for those who miss the campaign too much there is Titanium Wars, basically a lighter version of Ultimate Apocalypse which however supports all game modes. 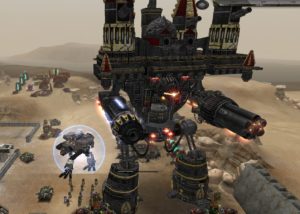 We break the series of strategy to give space to a magnificent game of "series b" STALKER Shadow of Chernobyl, the post apocalyptic FPS inspired by the novel "Picnic on the roadside" by the Strugackij brothers, but which also draws from Tarkovsky's eponymous film transposition. The result was not without flaws, but remains today a cult with an unparalleled atmosphere. And here it comes STALKER Complete: a sort of restoration that takes many freedoms, but preserves the spirit of the game intact, offering countless reasons to visit the area again, or make it more digestible for those who would be interested in trying the title but are discouraged by the more dated aspects of the same. Do yourself a favor and after finishing the first chapter continue with the series, Clear Sky and Call of Pripyat also received the "Complete" treatment. 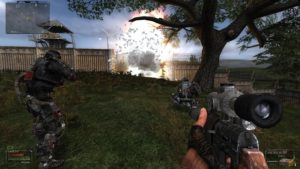 In second place is what happens when a Creative Assembly game does not impose restrictions of any kind on those who propose to modify it: Third Age Total War, total conversion that transforms the already excellent Medieval 2: Total War in one of the best Lord of the Rings games ever made, with 14 factions, a huge number of units and characters from books and films, and the opportunity to relive the epic battles of the saga in the settlements where they were fought. The amount of work behind this mod is frightening, but for those who do not have enough there are also further submods to add even more content, first of all Divide and Conquer, which as the name suggests further diversifies the factions present and expands their roster drawing also on Tolkien's lesser known writings; is MOS (Massive overhaul submod) which introduces new mechanics to bring the campaign closer to the cinematographic transposition, complete with music and movie scenes to reconstruct the most salient events. The graphics engine has its nice links, but it does its job, and recreating the charge of the rohirrim almost in 1: 1 scale is an unprecedented sensation. 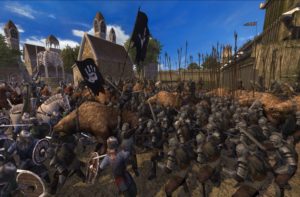 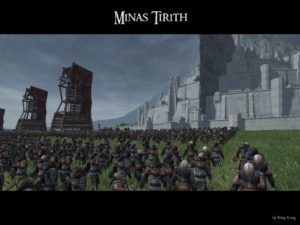 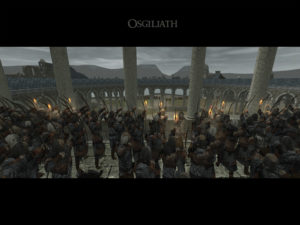 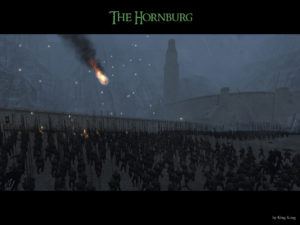 At the top of the podium a title that more than four years after its release continues to surprise for the quantity and quality of the mods published on the Workshop: Xcom 2: War of the ChosenFiraxis' tactical / turn-based strategy already has virtually unlimited replay value, but adding these to the equation becomes a bottomless pit. In addition to the iconic Long War (suitable for anyone who wants to hurt themselves), you can use customizations and voice packs to completely shape your campaign, transforming our soldiers into Space Marines, or pop culture characters (video and non-gaming) : Avengers, Batman, Geralt, Rick, Duke Nukem; the list is endless. But above all it stands out a total conversion to replace Advent's bad guys with the Galactic Empire and the Xcom project with the rebel alliance. Who find a collection published on Steam by a streamer who is playing a Star Wars-themed campaign these days. For those who love Mass Effect the situation is more fragmented, but not finding updated lists I made it a I myself, it should contain all that is available and you can use some or even all of them, just download the necessary files, in case you were not already registered, even Steam ones will notify you immediately; but feel free to explore the workshop, it's worth it. To better manage everything, I also recommend this very useful launcher alternative, which will also check in real time for possible incompatibilities between the chosen mods. If you stay focused on the cosmetic aspects you can indulge yourself, because loading times will increase but the risk of crashing is practically non-existent. 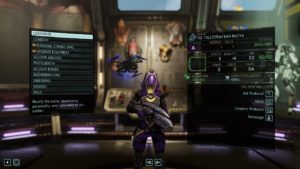 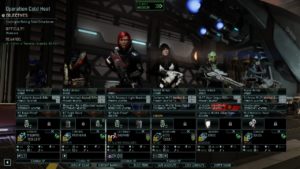 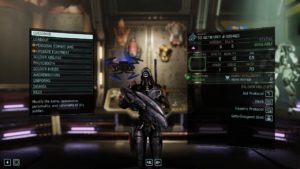 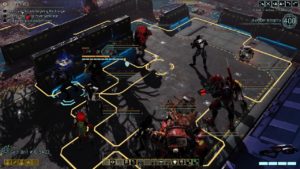 Nicolae Locatelli - May 24, 2020
Animal Crossing: New Horizons has conquered thousands of gamers thanks to its tender inhabitants. But what is the character that nobody likes? With...
News

Lorenzo Damiano - May 23, 2020
The participants of the Summer Game Fest promised a summer full of events and presentations, and so far it has not disappointed the expectations. Just two days ...

THE FIRM
The world of videogames is an ever-expanding sector and we at Parliamo di Videogiochi are always at the forefront guaranteeing transparency and seriousness in the evaluation of the products that gradually appear on the market. We don't care about the consequences, but we put ourselves on your side, on the side of the gamers.
Contact: info@pdvg.it
FOLLOW U.S.
© Newspaper WordPress Theme by TagDiv
OTHER STORIES