Cineclub International Distribution, waiting to be able to communicate the new date of "Alone at my wedding”, The film by Marta Bergman whose theatrical release was blocked by the health emergency and the consequent closure of Italian cinemas, announces the inauguration of its Video On Demand service on the VIMEO platform for the rental and l 'purchase digital of some films and documentaries of his catalog. The new Distribution VOD service is available at following link.

Through the VIMEO platform it is possible to rent and purchase the films of the catalog in digital format: the rental option allows you to see the title within 48 hours from the moment of the order to the cost of only 3 euros, while the digital purchase costs 10 euros.

Founded in 2012 by Paolo Minuto and born with the aim of distributing in Italy independent films selected and awarded at the main international festivals, also on the new VOD channel Cineclub Internazionale Distribuzione offers an offer focused on independent and quality cinema. This is the list of films currently available:

Winner of the Panorama Audience Award of the Berlin Film Festival 2012, of the Audience Award at the GLBT Festival of Turin 2012 and of the Love and Psyche Award at the MEDFILMFESTIVAL in Rome 2012.
Limun was a war hero and is now a powerful homophobic street thug. For a daring series of coincidences he is forced to agree to escort the Belgrade Gay Pride organized by activists Mirko and Radmilo, after the refusal of the police. However none of his Serbian friends help him out of fear of being associated with the homosexual universe. Limun thus decided to turn to old enemies in the Balkan War of the 90s: the Bosnian Halil, the Croatian Roko and the Albanian Kosovar Azem. The result is a series of tragicomic adventures until the day of Pride in Belgrade.

Official Selection Out of Competition at the 2012 Venice Film Festival.
In the chaos of the Tunisian revolution of 2011, the film follows Aida, a Tunisian who has to start from scratch and doesn't want to look back. The woman spends time moving from one poor neighborhood to another. Driven by the desire to find a roof under which to shelter with her children, Aida does not pay any attention to the historical events that are taking place around her. Her sole purpose is to find a way out, and she is convinced that revolution is a blessing. "It was better tomorrow" retraces the atypical journey of this bold and bold woman in the intense interval of a national revolution.

Winner of the Concha de Oro at the San Sebastian Film Festival 2013, Winner of the Best Actress and Best Screenplay Award at the Turin Film Festival 2013.
Junior is nine years old and has "rebellious hair". He wants to iron them for his yearbook photo, like a trendy pop singer. This puts him at odds with his mother, Martha. The more Junior tries to look elegant and be loved by his mother, the more she rejects him, until he is cornered, face to face with a painful decision.

Winner of the Audience Award and Winner of the Fipresci Fedora Award at the Critics' Week of the 2014 Venice Film Festival.
The first work by Vuk Rsumovic, based on a true story and very well interpreted by fifteen-year-old Denis Muric, the film tells the story of a boy who grew up among the wolves in the Bosnian woods and then slowly and with difficulty re-educated him to the "civilization" in Belgrade. The film narrates the pedagogical events, the sentimental education and the first maturity of this child and then boy.

Berlinale Panorama 2015.
Palestinian first film, brave and funny. The story of a car thief, Mousa, and his daring, human and comic events, which intersect with the fate of a low-ranking Israeli soldier. Mousa dreams of going to Europe, Italy, to play in Fiorentina, to run away with the woman he loves and his baby girl, but to make this dream come true, to stop stealing cars and fleeing Palestine must ...

Winner of the Audience Award and of the Europa Cinemas Label at the Venice Days of Venice 2015, three finalist of the Lux 2016 Award, selected by Tunisia to participate in the Oscar for the best foreign film 2017.
Tunis, summer 2010, a few months before the Revolution. Eighteen-year-old Farah has just graduated and her family would like to enroll her in medical school. She doesn't think the same way. Sing in a political rock group. He wants to live as an active citizen, but also to have fun, discover love and frequent the city at night.

Audience Award at the Rotterdam Festival, Audience Award and Lino Micciché Award for the best film in the Competition at the 52nd Pesaro New Film Festival.
Those of the Davaï Théâtre company - a turbulent tribe of artists in which work, family ties, love and friendship mix vehemently, bypassing the boundaries between the fiction of the stage and real life - go from city to city , with a tent on their shoulders and their shoulder show. And they put on Chekhov. In our lives they bring dreams and disorder. They are orcs, giants and they have eaten from the theater and kilometers ... But the imminent arrival of a child and the return of an ex-lover will revive the wounds that were thought to have been forgotten. So ... let the party begin!

Preview in the Panorama section at the Berlinale 2016 with a Special Mention Europa Cinemas, Croatia's candidate for the Oscars 2017 for best foreign film.
Vesna is a Zagreb home nurse. His daughter Jadranka has a law degree and is getting married to Bozo, "an inept", according to his brother Vlado, who is married, has a young son and a pregnant lover. At the beginning of the film, Vesna receives a mysterious call to work. On the other side of the line, there is a certain Žarko, whom we discover to be her husband. Žarko was captain of the National Army of Yugoslavia when the war in Croatia started (1991), and decided to stay "on the other side". Finished in The Hague, he has just been released. The two have not spoken for twenty years; the unexpected phone call will bring back the memory of a secret that the woman has been trying to hide for a long, too long time, suddenly catapulting her into a painful past. And that bitter past, can create the basis for what will happen today, can be so cumbersome as to make Vesna a victim (also) of the present. 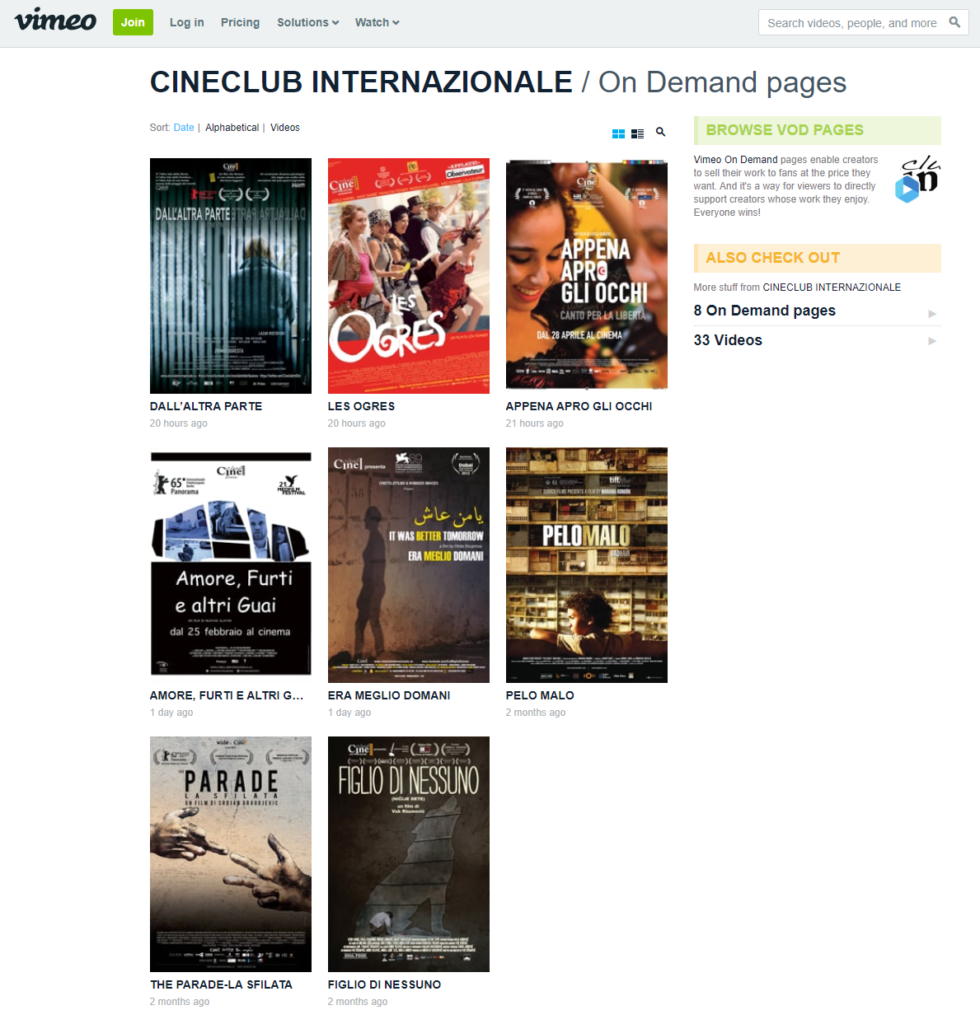 Rubik's cube will become a movie and a TV show

Lupine III - The First: release postponed due to Coronavirus