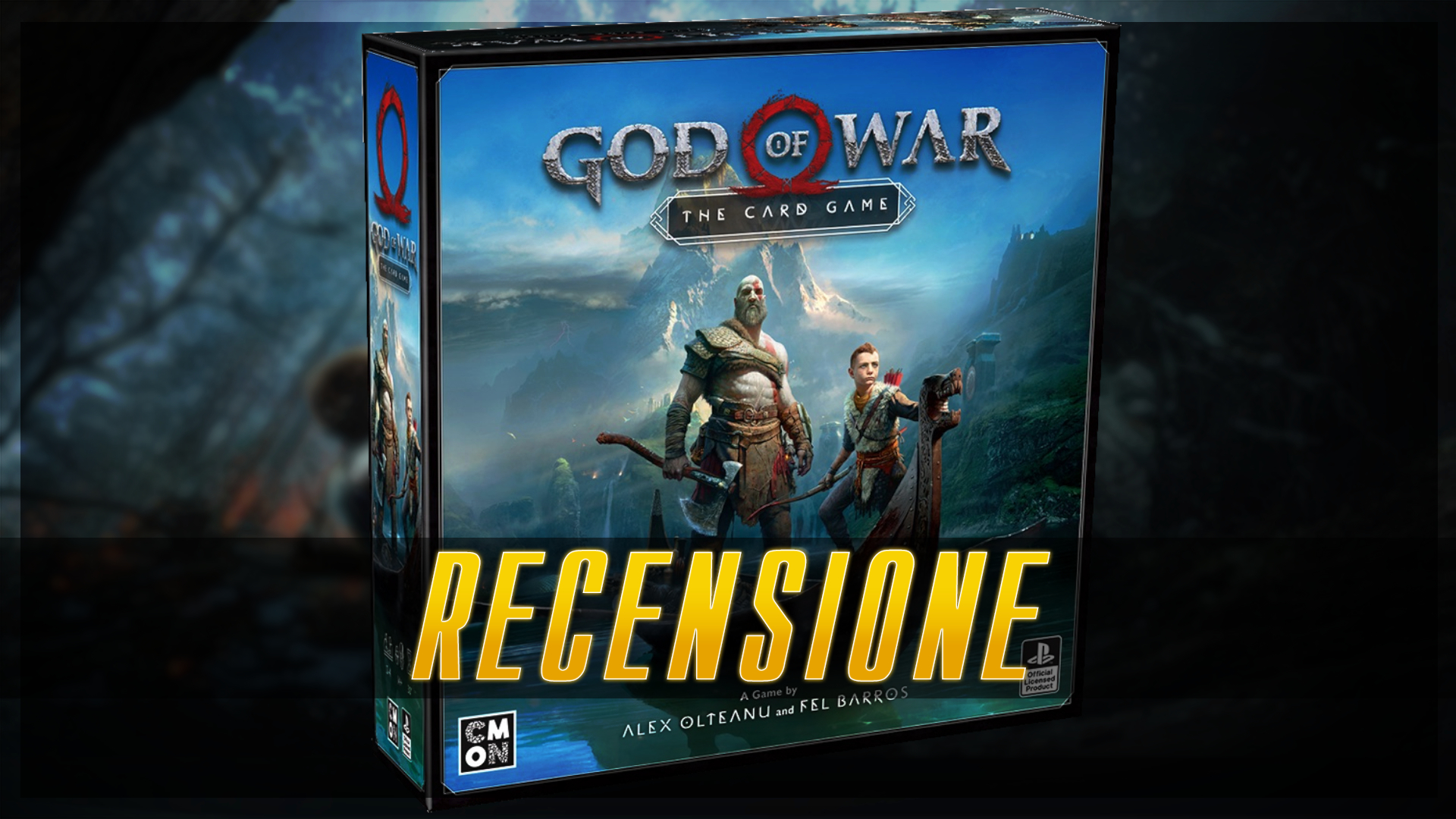 God of War is the Dark Souls of card games. And no, before you close the article, allow me to explain this premise in more detail. I am not saying that this tabletop pastime, inspired by the homonymous and colossal title of Santa Monica Studio, is particularly difficult or punitive: I am rather referring to the quality of the setting, at complexity of the regulation and the ease with which you can break without restraint. Is it a nice game? Of course yes. But it is a call game? There is some discussion about this, and I hope you will accompany me on this journey to discover the contents and secrets of God of War The card game, a cooperative challenge steeped in love for the work and original and fun ideas, while sinning with insufficient care for balance.

A (not) simple undertaking to prevent Ragnarök

In this card game, from one to four players must play the well-known protagonists of the story - Kratos, Atreus, Freyja, the head of Mimir and the duo Brok / Sindri - and complete a series of missions to achieve victory. Each character has his own personal card, a cardboard standee and a deck of Starting Cards, which constitute his own arsenal of attacks and abilities. Each quest corresponds to a board made up of different "tiles", which combined form an image: each section contains an enemy, information or a way to interact and modify the map. After preparing everything, the players take turns at activate your heroes, moving from one location to another, attacking opponents or spending resources to activate certain events. Between shifts, the scoreboard must also be activated by drawing an Upgrade card and using the indicated rune to see which enemies attack or which dangerous effects endanger the party. Once the round is over, you divide the Improvements obtained and add them to your deck, enriching the arsenal and enhancing your repertoire of actions. This cycle repeats itself until each hero is defeated or the mission is completed, and in the second case it is possible choose the next target selecting it from a (small) list of options. Once you understand this vital circle that characterizes the entire game, you can turn 4-hour campaigns into 45-50 minute outings, at which time the heart of the game really comes out (both positively and negatively). 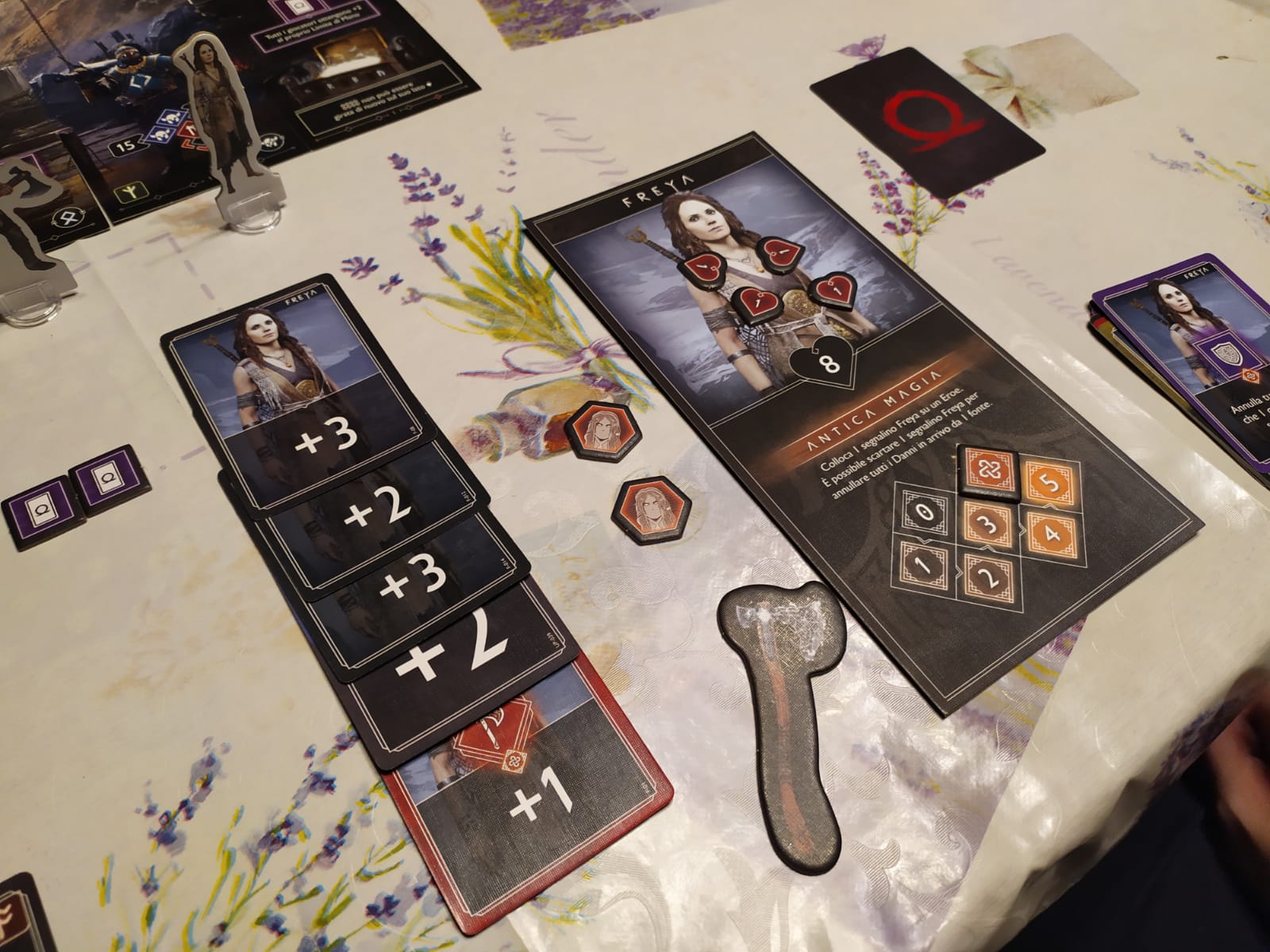 Let's give the Norne what is the Norne

Let's focus now on what are the strengths of this tabletop God of War. Right from the opening of the box, you are invested by theexcellent quality which distinguishes CMON products: high quality papers, beautiful and detailed images, and a deep care in recreating the atmosphere and the characteristic elements of the original work. The pinnacle of love placed in the creation of this card game is found above all in the missions: each of the 10 has a unique aesthetic, original mechanics that differentiate it from the others, novelties in the gameplay and challenges that reflect their videogame counterpart in an extremely faithful way. The ability to choose which scenario to face and to upgrade your decks with the Improvements makes every game always different and engaging - at least, until you have already tried all the quests. It should also be noted that it is not necessary to buy any type of expansion or extra content for the moment, the entire game is present in the box right away. We highly recommend in the future of gather some friends (especially if passionate) with whom to share an adventure, but in the case it is also possible to play entirely by yourself taking advantage of the extra rules already included - even if, in this case, the fun is obviously less. 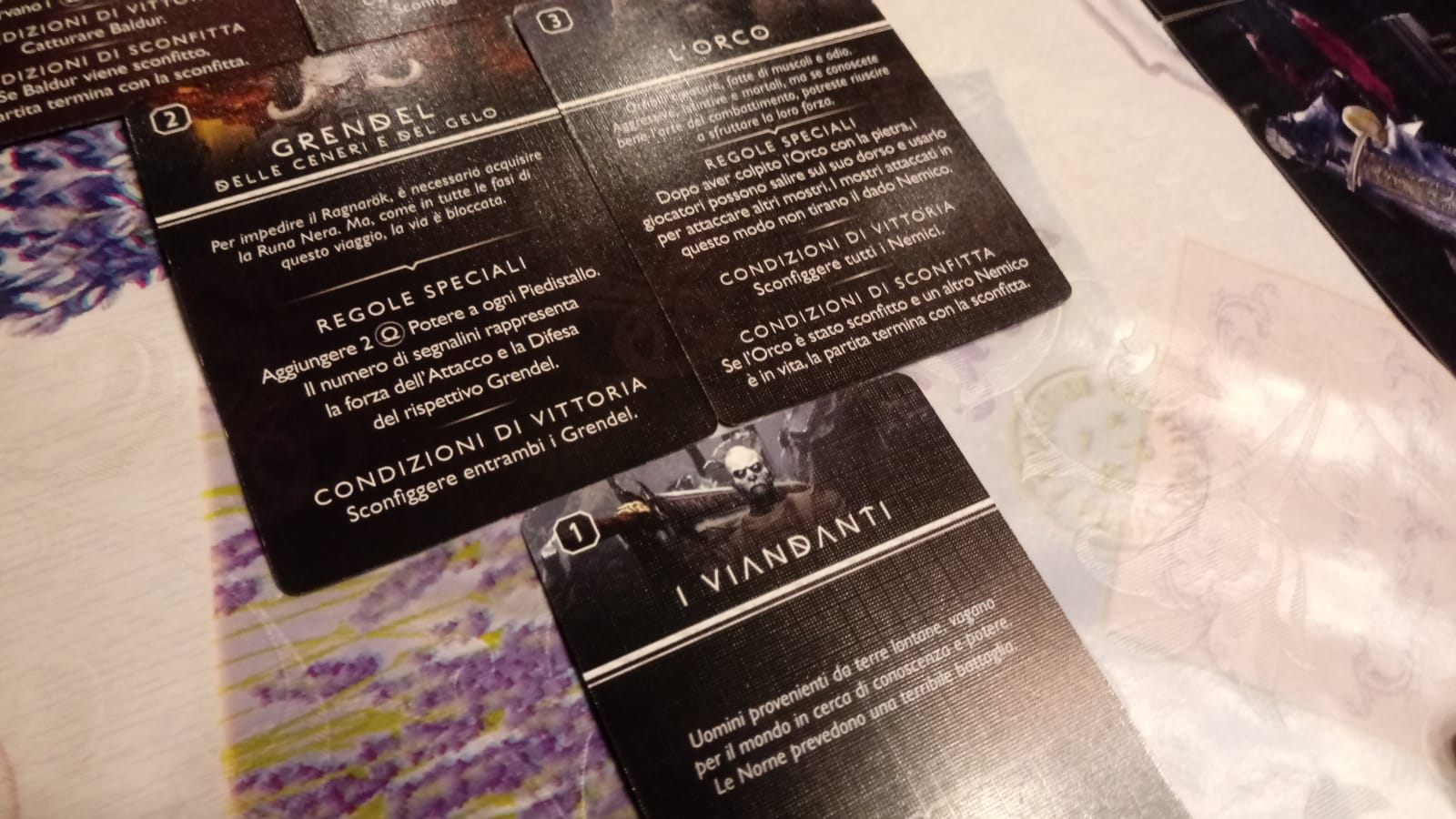 And when does divinity kill you?

"Let me take the book of rules" - Every 5 minutes

Unfortunately, under the initial impact of amazing scenarios and innovative ideas, there is a hidden miasma of imbalance and complexity which becomes particularly frequent at the first approach, and at the last. The operation of the game itself requires some time to be understood to be understood read the game manual carefully, which unfortunately does not elaborate on some aspects and causes several moments of confusion several times. Who is not accustomed to board games and prefers more immediate fun will find extremely difficult understand and appreciate the intricate structure that supports God of War, therefore we suggest having a sufficiently prepared group. If you manage to overcome this wall and face a good number of missions, immediately find some obvious balance problems. With a few more cards in the deck and a group of 4 members, certain objectives can be achieved with impressive ease and the challenge level drops completely. At the same time, others (especially a certain boss) are extremely complicated even with a full party and excellent arsenals of skills, so much so that in two they become totally in fact at the expense of high luck. You go from opponents with 25 life and low attack to multiphase monsters with over 180 and equipped with devastating blows that will decimate you in less than a round. And what is the worst aspect? In case your character finishes KO, get stuck until the end of the mission with no chance of returning or participating. And this can last even more than an hour. Not exactly fun. 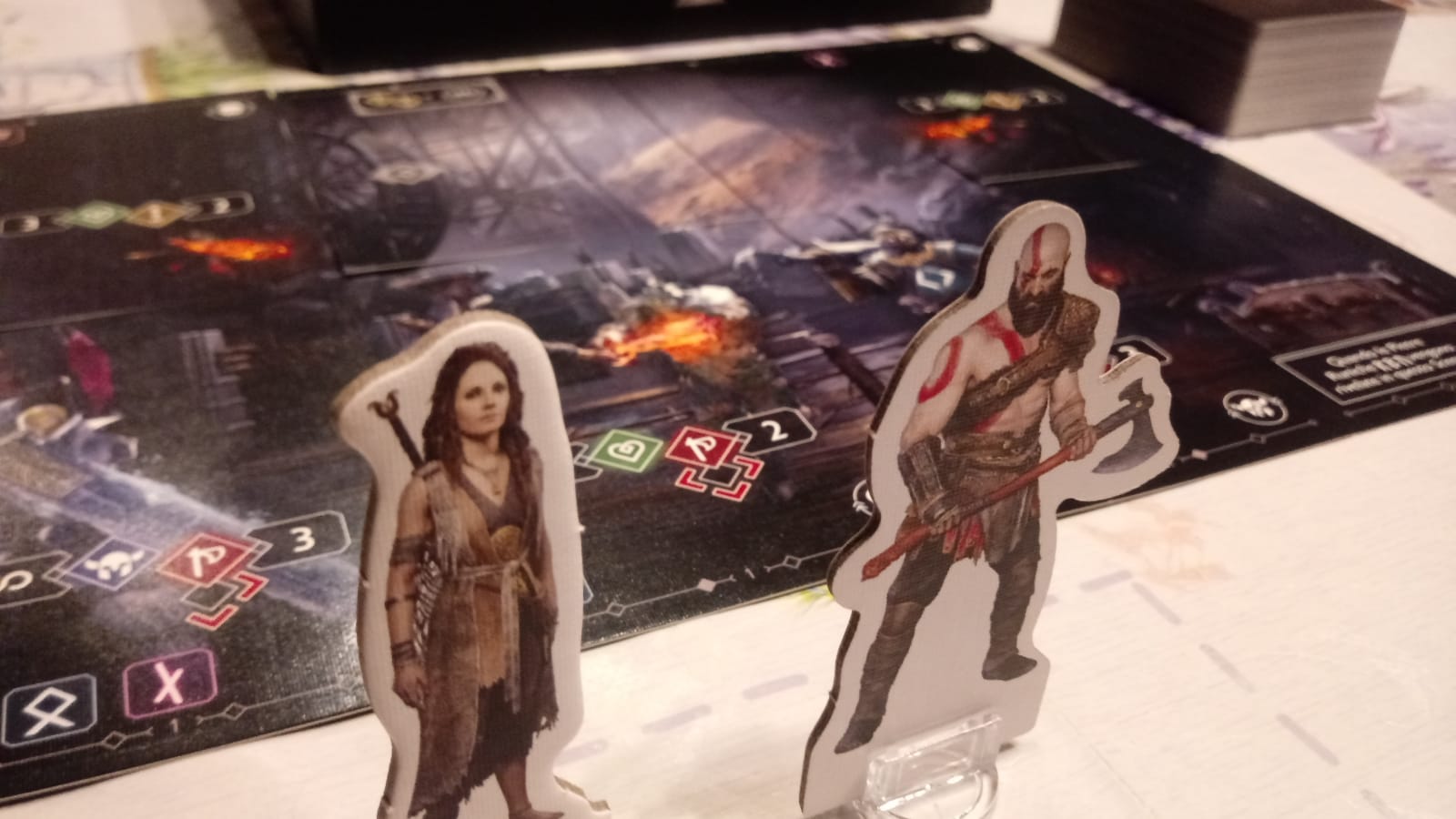 Summing up (and axes)

God of War The card game is a product with a great potential, full of ingenious ideas and a decidedly appreciable variety of game, that opera fans cannot miss even if only for the quality of the contents. Unfortunately, in the long run the missions lose the surprise factor, the enemies cut themselves with a breadstick and the lack of a proper balance makes certain choices of the player an obligation rather than a freedom. Before spending the 40 euros of its price, check that you have a group of friends who are passionate about table pastimes and enough time to study the rules. Alternatively, you can consider going alone or buying it as a collector's item.