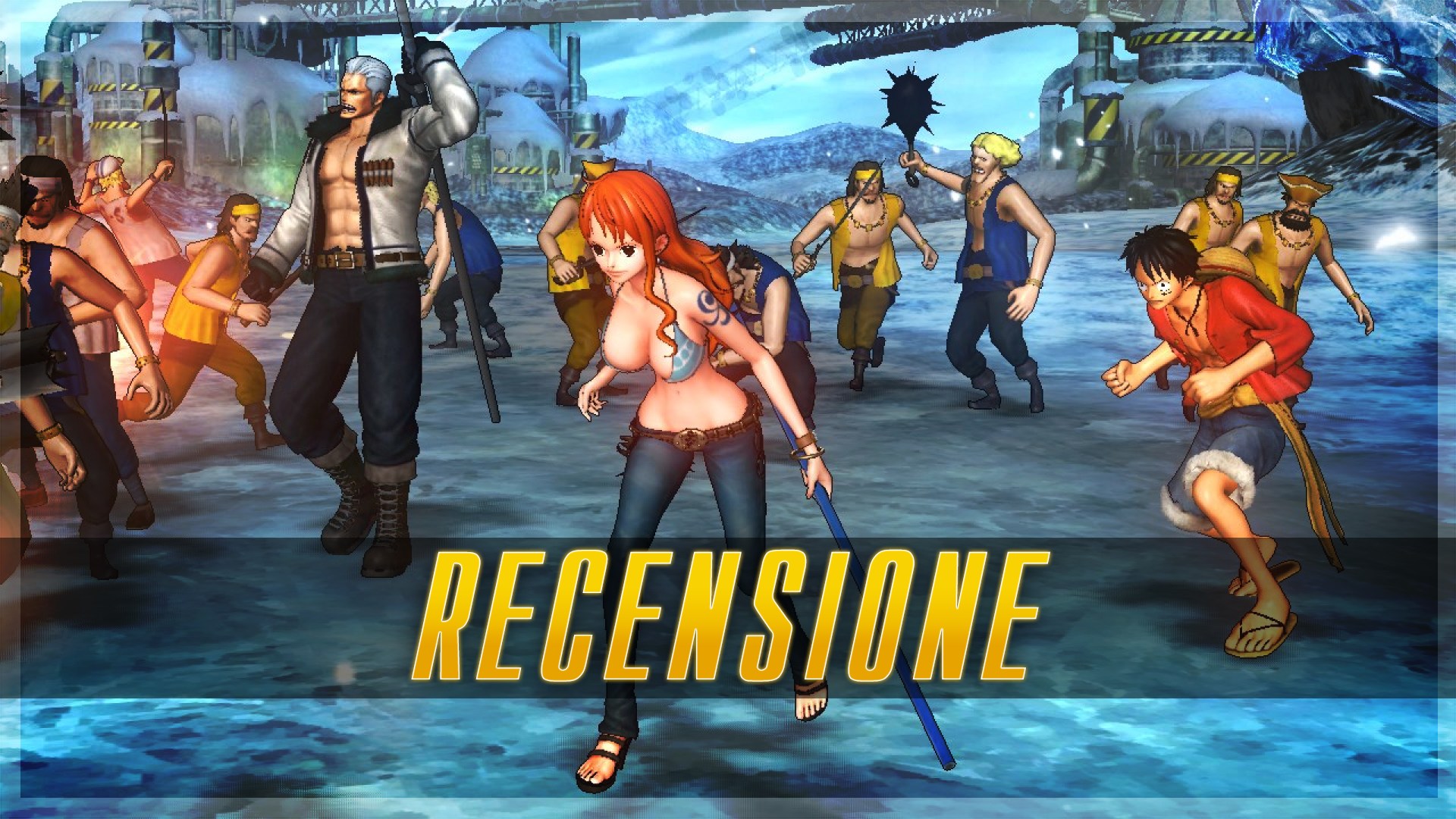 I don't think presentations are needed on Eiichirō Oda's immense work: one of the most famous and long-lived manga in the world has captured millions of fans in recent decades with anime, merchandising articles and video games, of course. One Piece: Pirate Warriors 4 he also arrived on Nintendo Switch (tested version) and what it offers does not differ much from what is expected: a musou set in the universe of One Piece.

With all the limitations that the genre proposes, in this Pirate Warriors 4 we therefore find ourselves impersonating the main characters of the series (43 with others arriving via DLC) to reach a single goal: become the king of pirates. 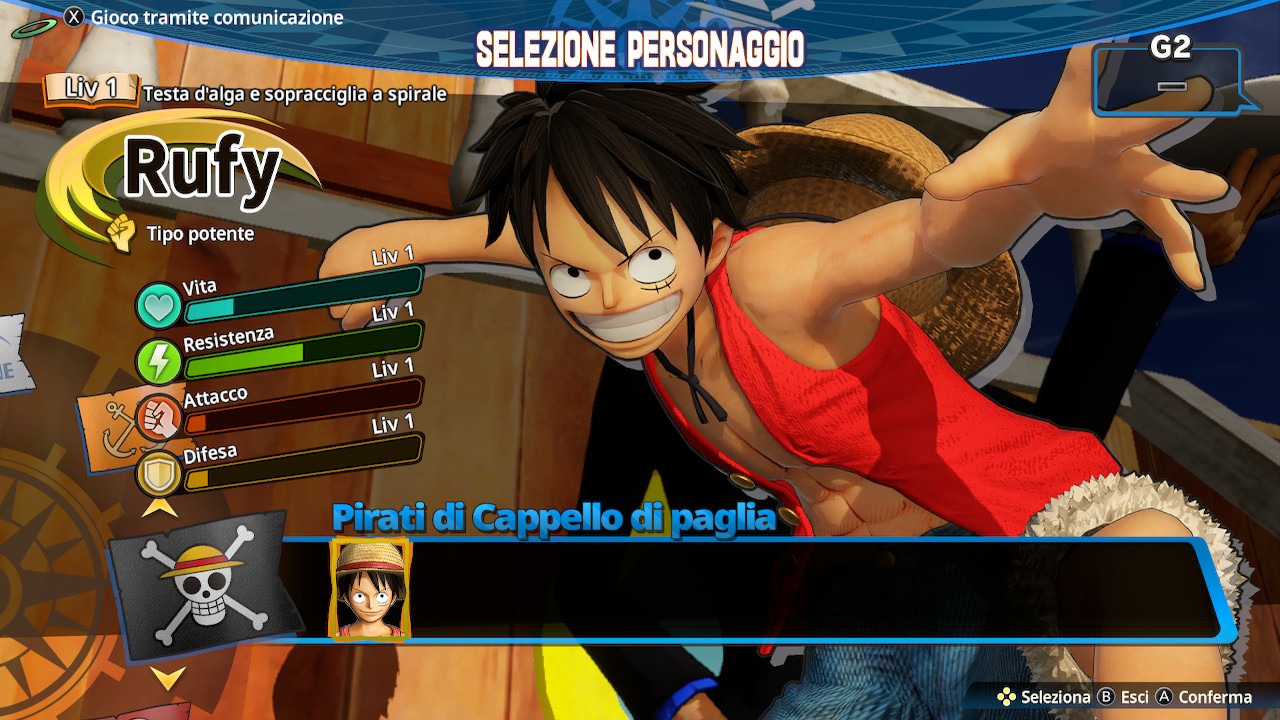 If we combine this goal with the musou genre, we understand how everything is served on a silver platter: on our way we find thousands of enemies to beat with more or less devastating combos, special attacks and destruction of the surrounding environment. One of the things I liked most in this game is indeed interactivity with our surroundings: it is clear, nothing amazing or that respects the rules of physics, but seeing enemies thrown against buildings that consequently fall apart gives a nice sense of power to what we do.

The gameplay of One Piece: Pirate Warriors 4, in the end, it's all here, as per musou's rule: we are inside fairly large maps, divided into areas, where a myriad of enemies abound, whose AI is somewhat limited, (for a challenge at least challenging I recommend playing on maximum difficulty) ready to be filled with punches, spikes, swords and kicks, according to the pirate we choose.

In the course of the level you have different objectives ranging from killing a certain number of enemies to escorting someone or destroying buildings, up to the final fight with the boss of that area. As said, nothing original and that can fascinate so much, but it is something that concerns the musou and, indeed, Koei Tecmo has managed to make it even more fun how much the name of the genre takes with it. 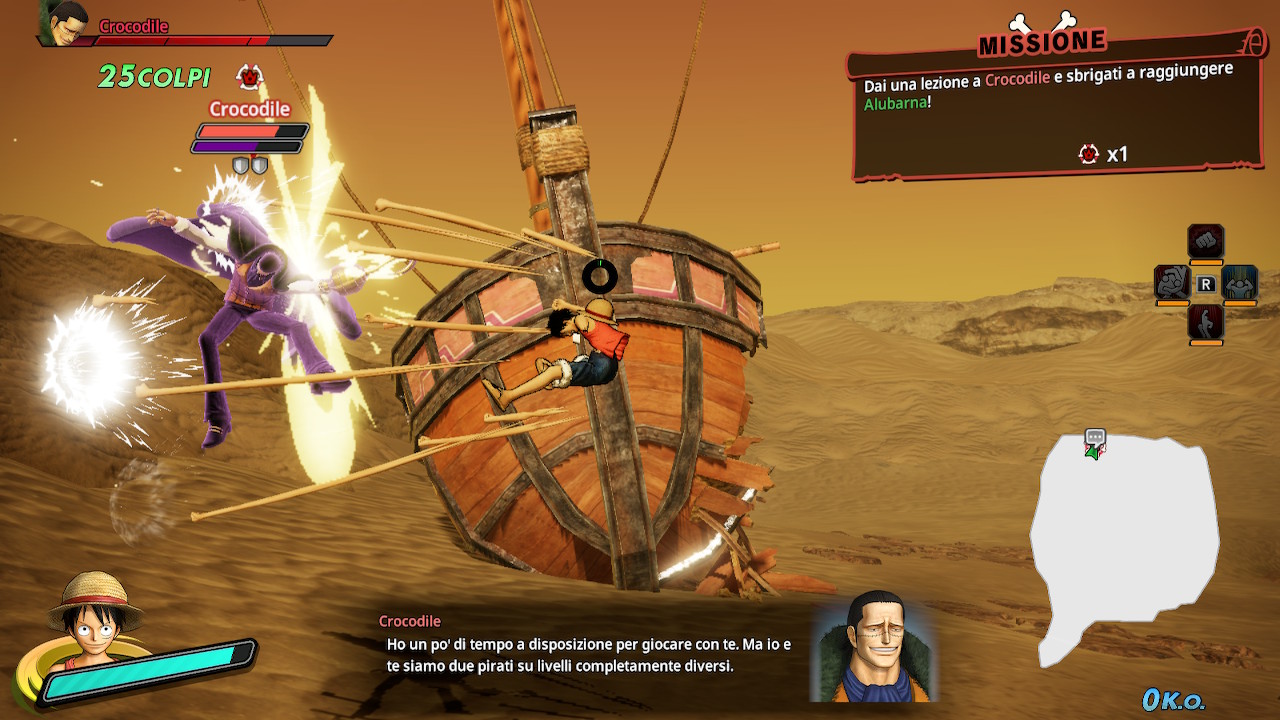 We obviously start from a fundamental question, or almost: One Piece: Pirate Warriors 4 is intended for fans of the opera, being captured by the narrative events, by the excellent characterization of the characters and by their movesets that perfectly reflect their fighting style. Re-experiencing the events of Alabasta, Enies Lobby, the Whitebeard War, Towards the New World and Whole Cake Island (plus a sixth saga specially created for the game) makes every fan happy that he can thus review, through the title, all the most fun, sad and epic stories of this adventure.

What Koei Tecmo has perfectly managed to do is transform the essence of the manga / anime into a video game, so much so that the excellent animated scenes kidnap the heart just as the paper or animated version did in its time. 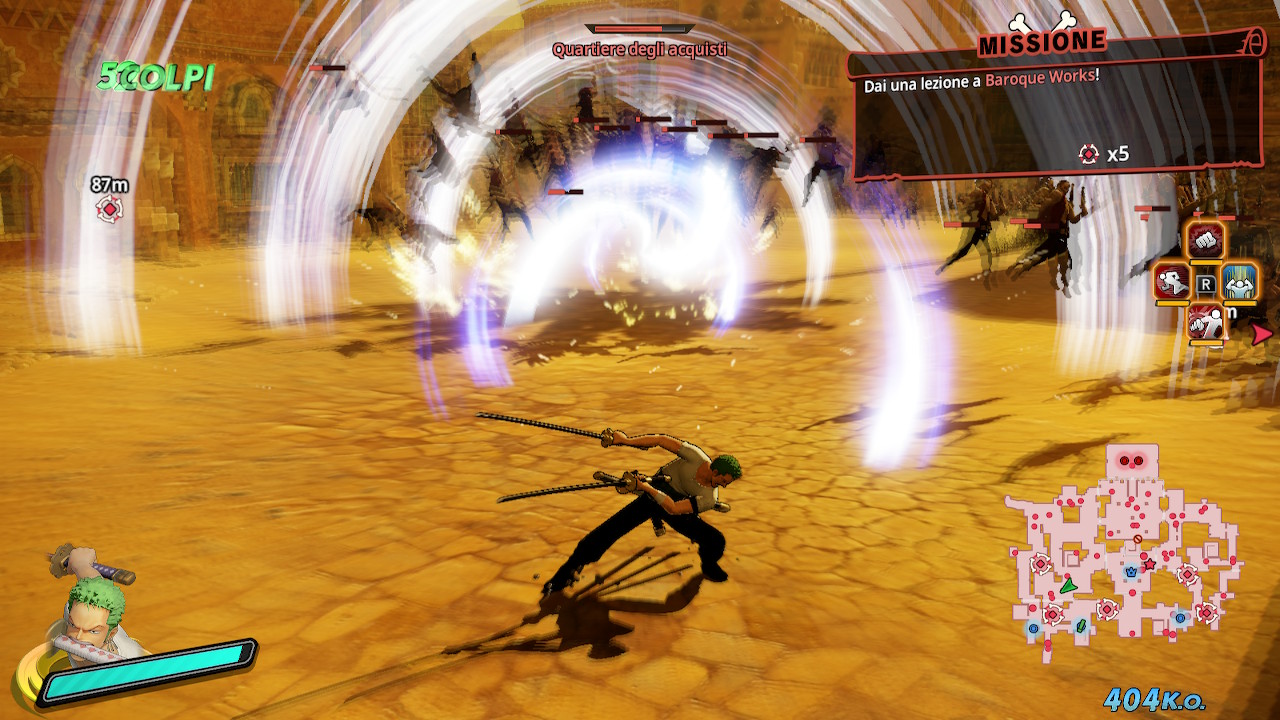 It goes without saying that those who have never been interested in the work but, for a mysterious reason, are interested in the game, all these emotions are lost, however much they follow the story "for the first time" through One Piece: Pirate Warriors 4 isn't bad either. Sure, many subplots have been skipped, the characters are not studied in depth and everything that happened before what is narrated in this chapter is told through flashbacks that make us understand the general situation, but do not reach in the least the emotional impact that the original work has.

In any case, evaluating the game as such, the experience offered is certainly excellent, with a good variety of situations and a certain depth that in a repetitive genre like musou can only do well. In addition to Adventure mode that allows you to retrace the events of history, we have the Treasury diary, a sort of second adventure but with missions disconnected from each other, in which you can take the clothes of any pirate of your choice (if unlocked) and continue in the missions by collecting berry and skill points useful to unlock upgrades, ability e special attacks.

Each character has its own peculiarities, with special attacks that honor the characterization of pirates. Customize them according to our fighting style and maximizing them to the maximum gives many additional hours of play. 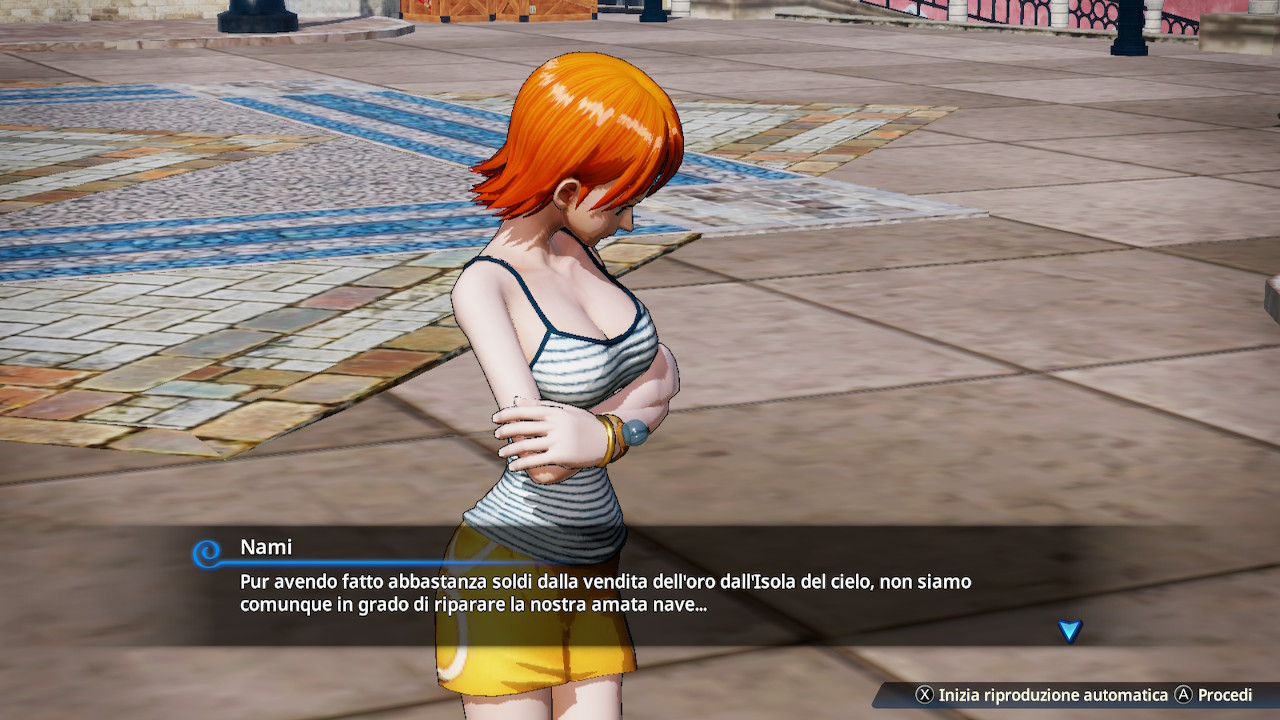 Since technical point of view, remembering that that header is the Nintendo Switch version, we are faced with a good job. The polygonal models of the characters are excellent, while the settings are certainly less impactful. The enemies, as is typical in musou, are all equal to each other, but what must be appreciated is that despite the hundreds of enemies on the screen, the frame rate remains always fairly stable, with an average of 30fps. In docked the resolution is 900p and, although we are not faced with something spectacular visually speaking, we play with pleasure.

The situation changes in the laptop, where the frame rate continues to be stable, but the resolution drops drastically, making everything very chaotic in the most crowded moments; in still scenes, moreover, it is aliasing is quite marked.

Nothing to report regarding the sound sector, where we find a excellent Japanese dubbing, sound effects and OST suitable for the context. 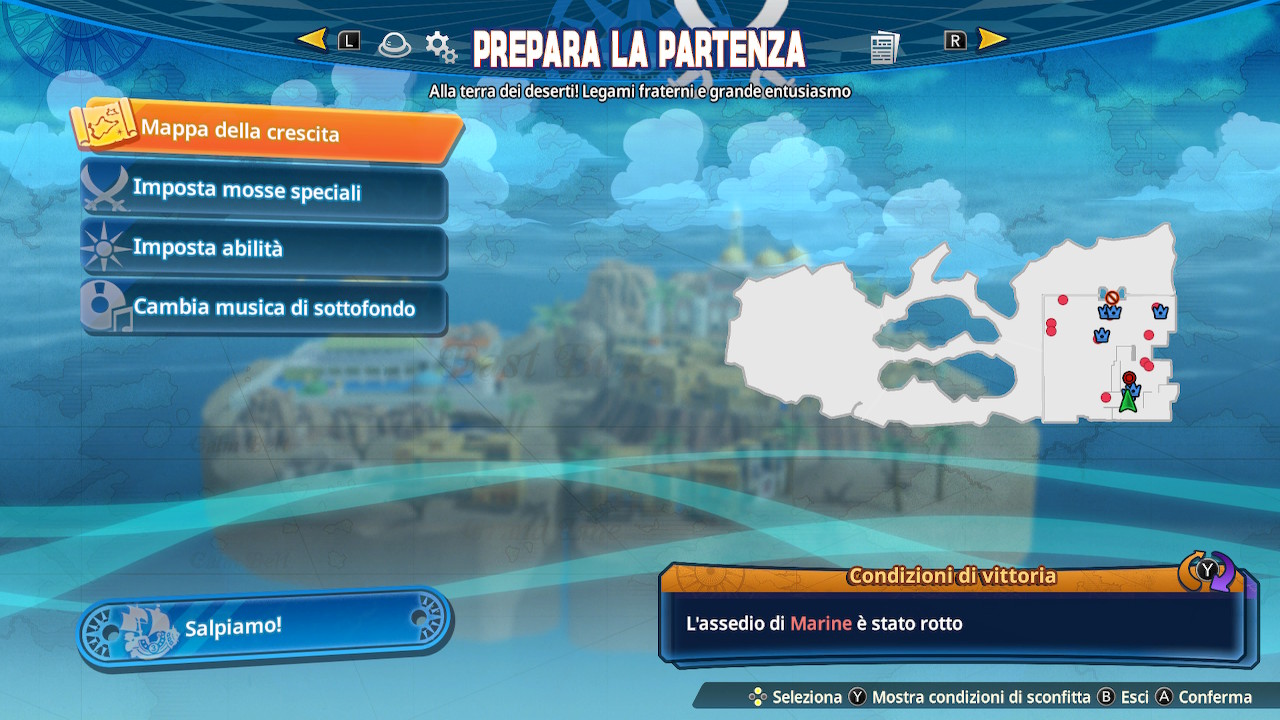 One Piece: Pirate Warriors 4 it has all the limits that a musou can have but Koei Tecmo has been well able to “hide” them making everything more varied thanks to the excellent bases that the work of Eiichirō Oda gives: fans of the work can undoubtedly purchase this chapter , especially if they liked the top three, knowing that this fourth improves everything we have had in the past.

I do not recommend buying to those who are not fans of One Piece: not because the game does not deserve or cannot entertain the same (on the contrary), but because such a work was designed and developed specifically for fans, those who most of all manage to turn a blind eye to the repetitiveness of the genre. 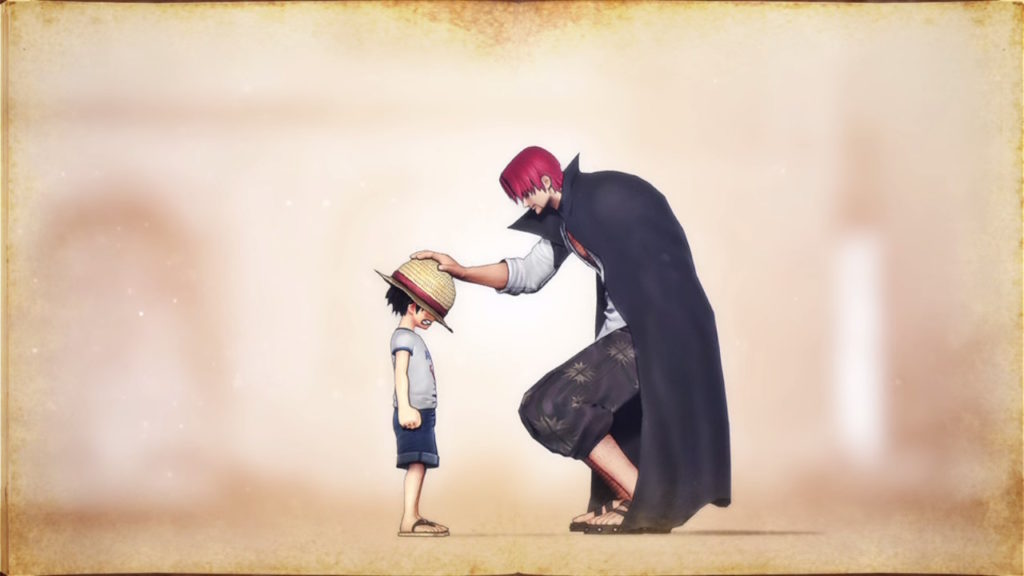 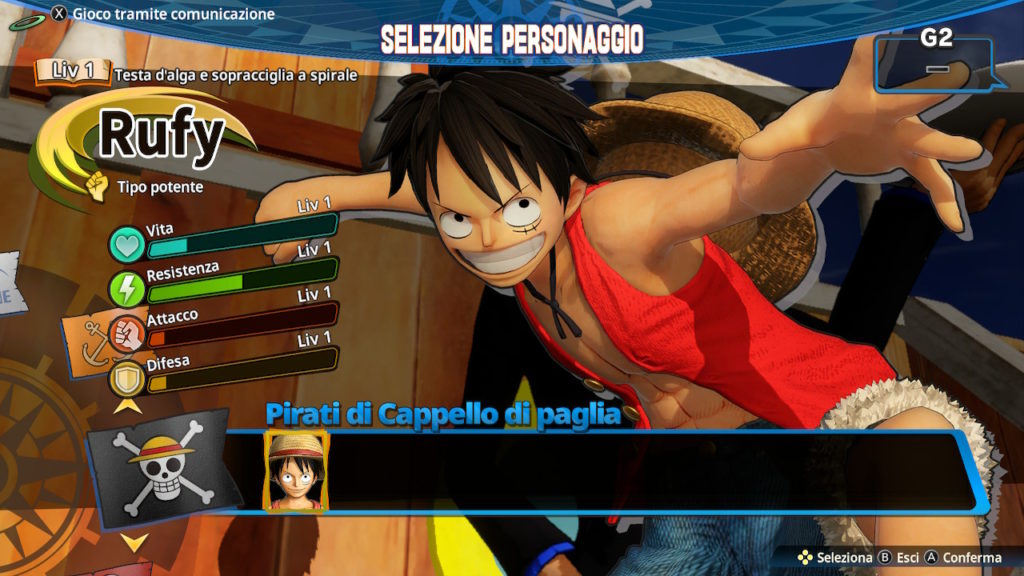 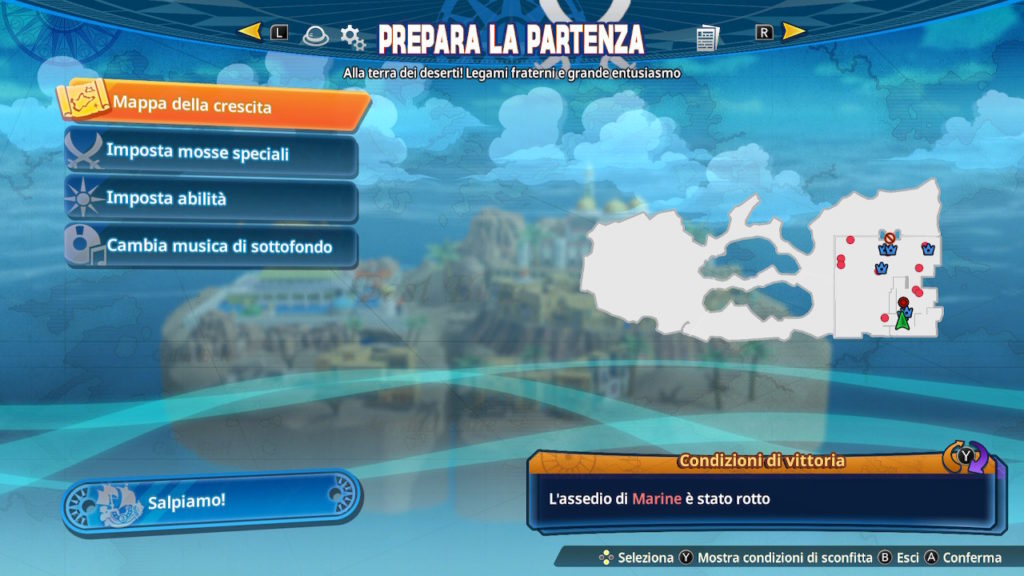 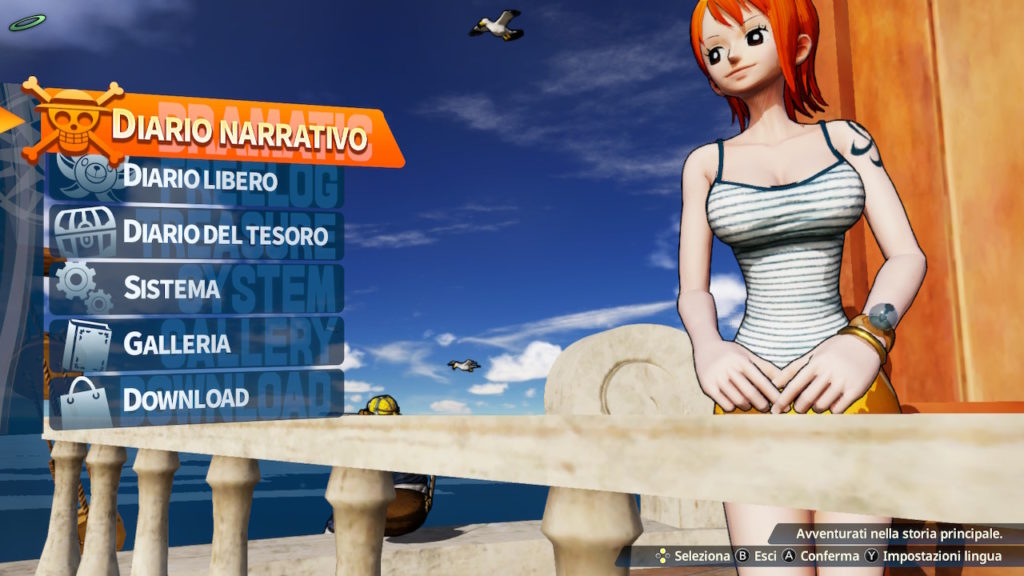 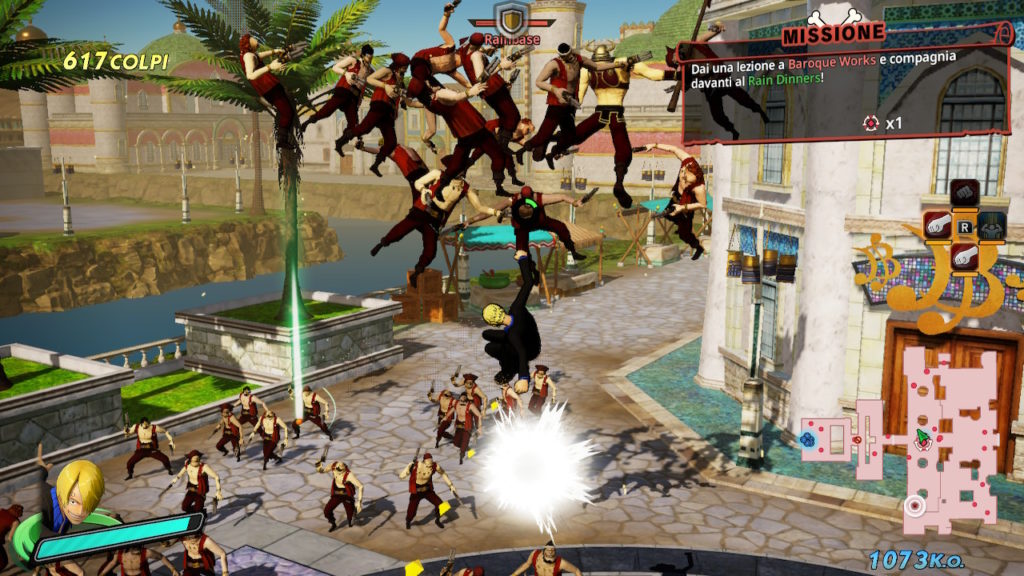 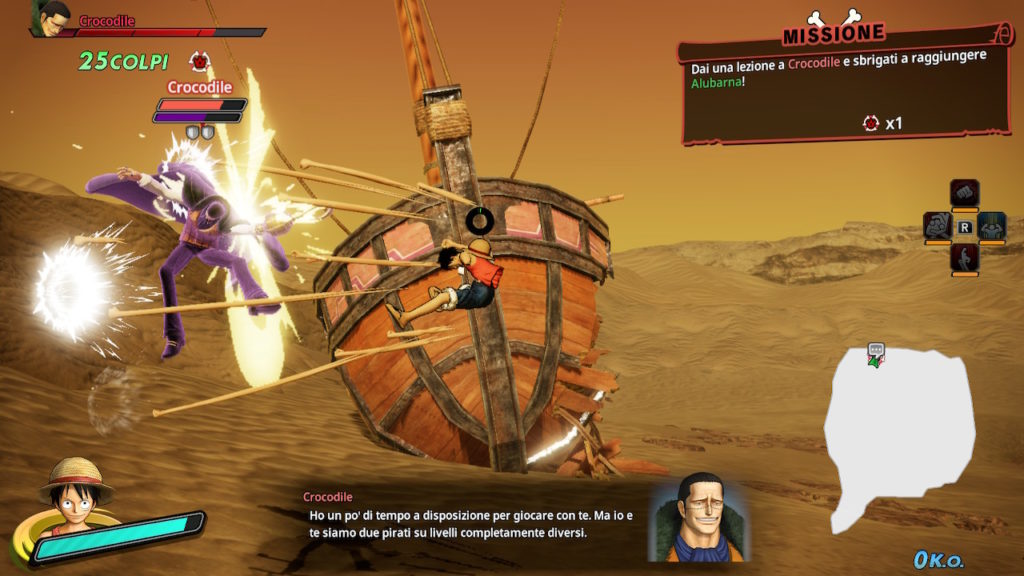 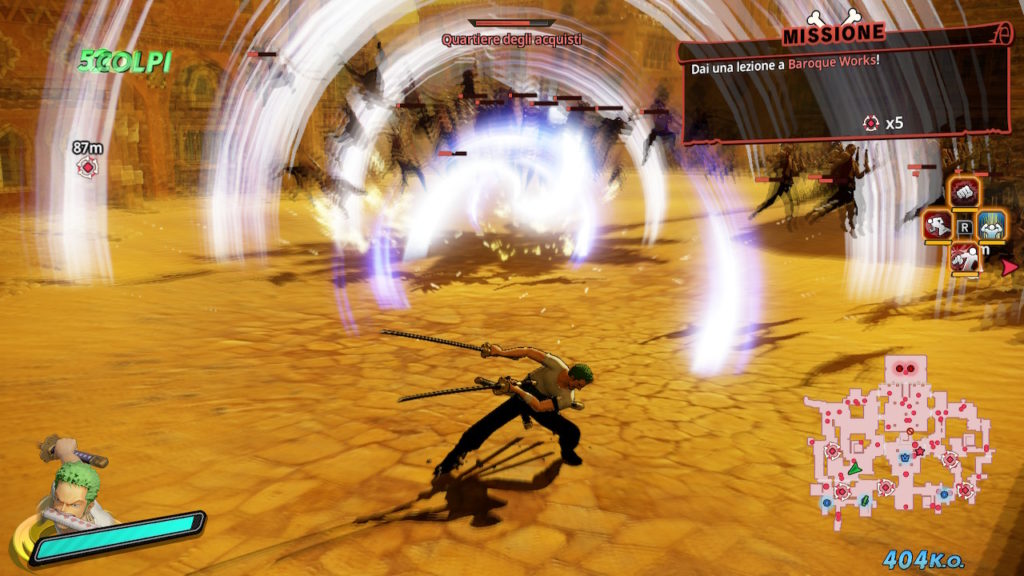 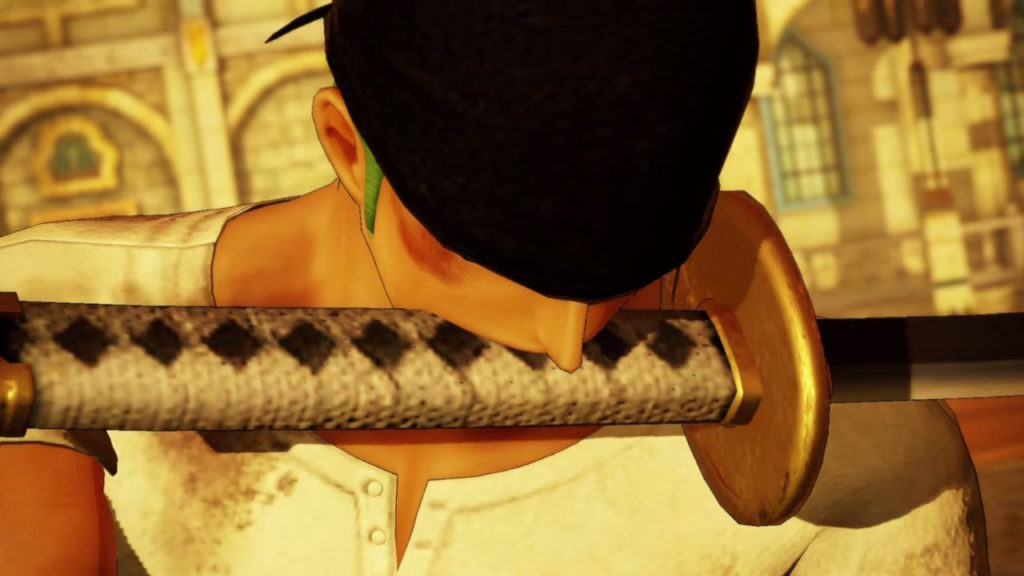 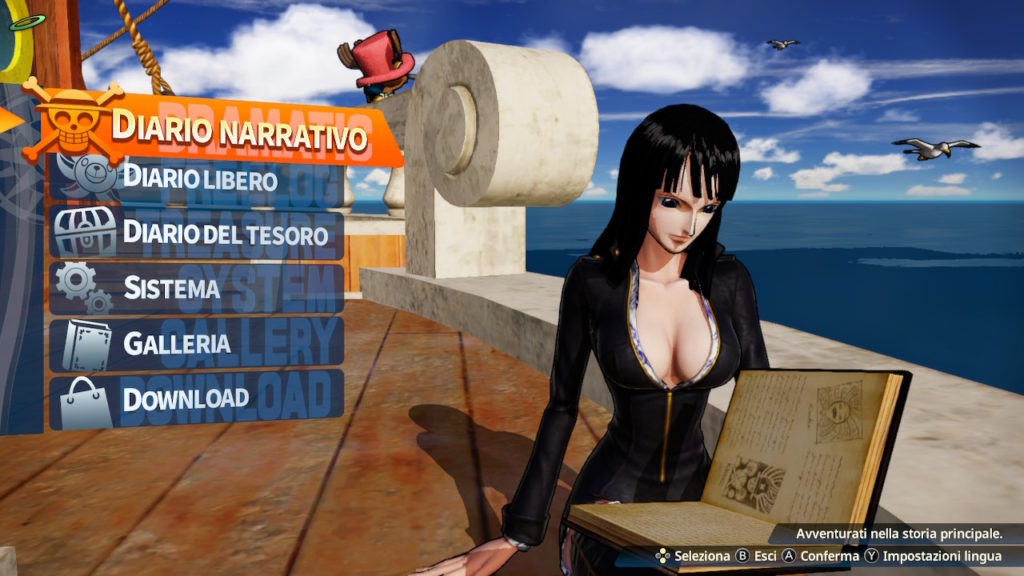 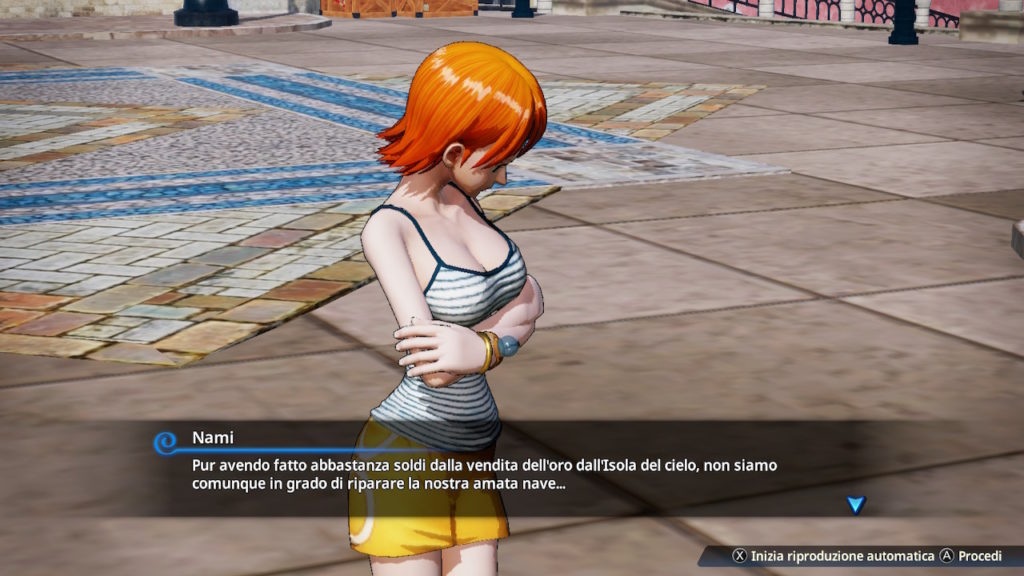 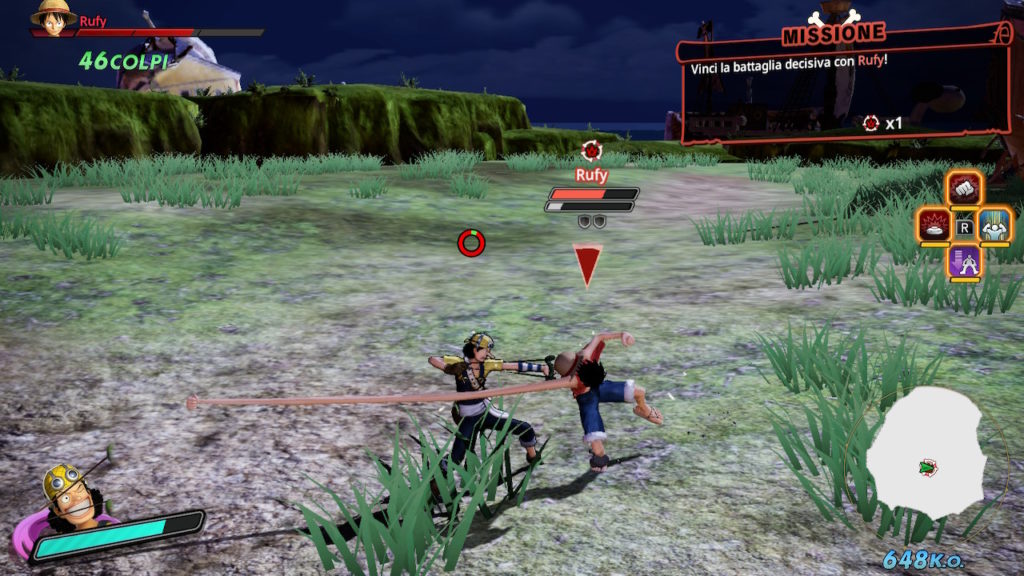 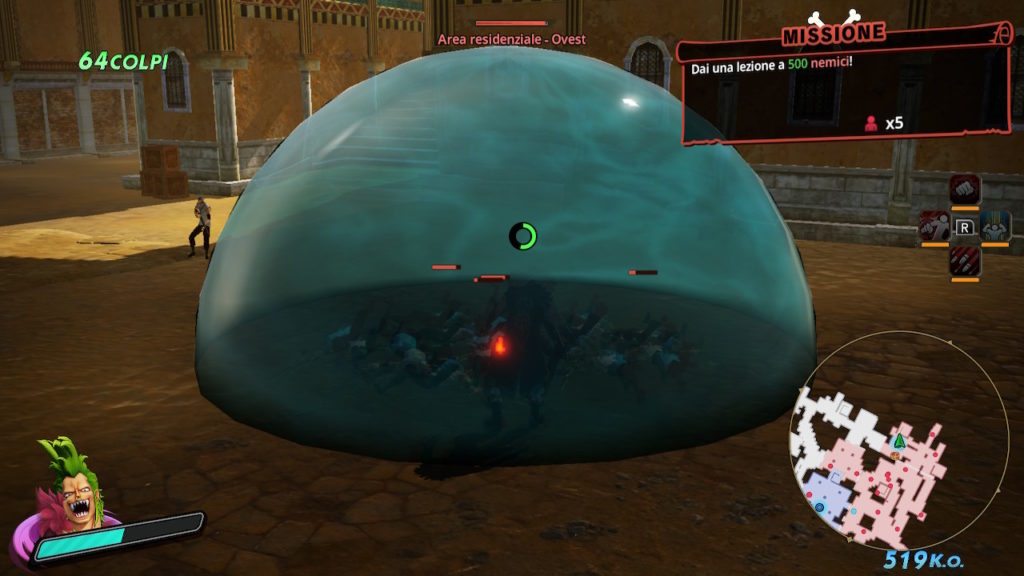 Lorenzo Damiano - June 2 2020
For a fantasy enthusiast, venture into a dungeon full of monsters and dangerous creatures in search of gold, artifacts or other types of wealth ...
News

Piermatteo Bruno - June 2 2020
As announced yesterday, The Pokémon Company has released a new trailer that shows a little taste of the contents of the Pokémon Sword and Shield DLC. The...