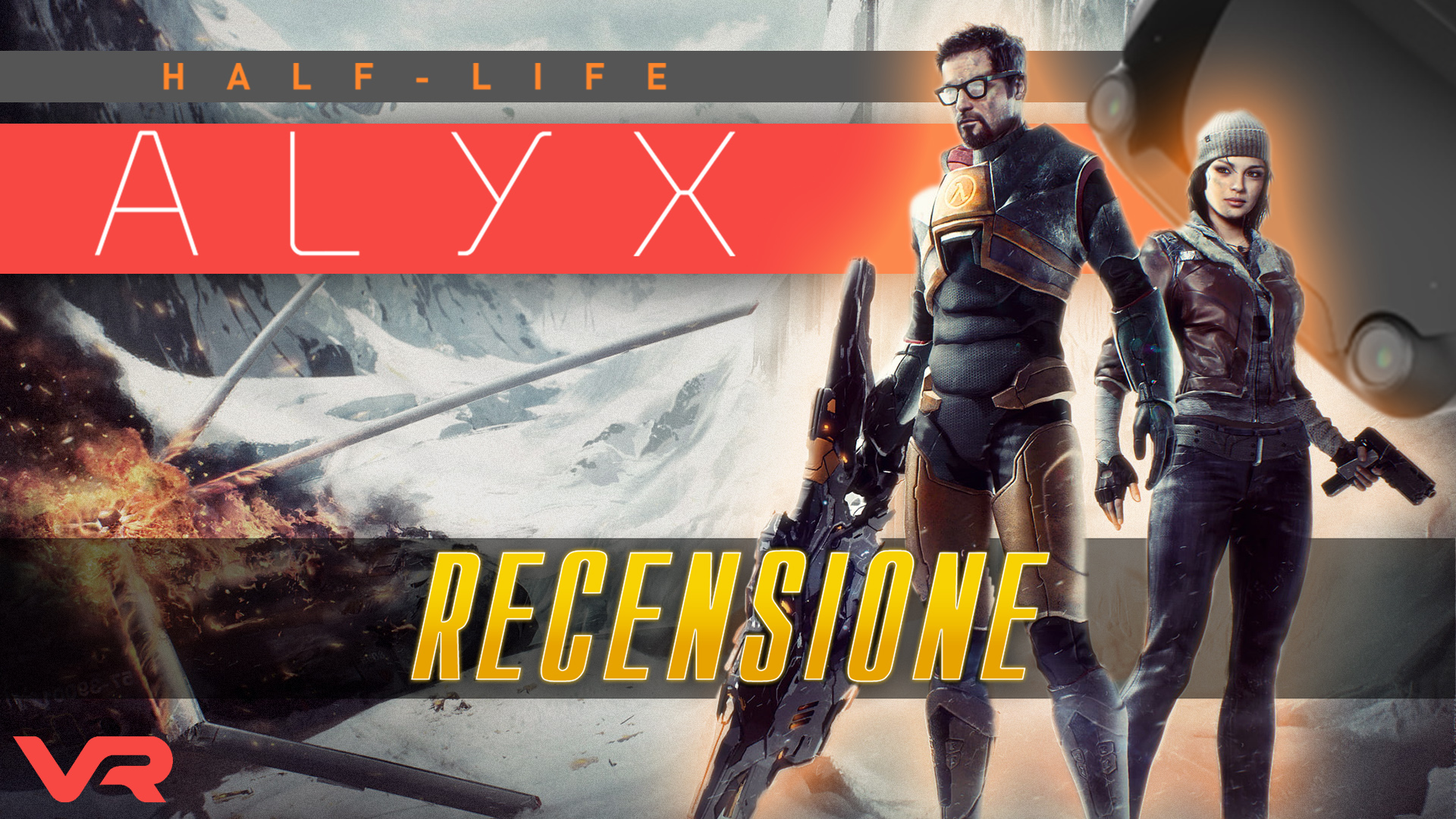 Thirteen years have passed since that now distant, but never forgotten, Half Life 2: Episode 2. As everyone knows by now, the title left the adventures of our loved one unfinished Gordon Freeman, of Alyx Vance and Resistance intent on fighting Combine supremacy. After the accident Black Mesa, in just seven hours the aliens of Xen they managed to conquer the earth, leaving little hope to the survivors: similar to ours, players waiting for a finale of a beloved series. Valve it has remained silent for many years and many generations, without ever communicating anything about a possible new chapter and the dreams of all the fans went up in smoke some time ago, when the script of a possible third title of the series was published online. The served VR to awaken the giant owner of Steam, a technology in some ways still immature but which, with this game, makes a clear and decisive step forward. And perhaps this was precisely Valve's goal, a bit like what happened in the previous chapters. For heaven's sake, Half Life: Alyx does not introduce anything new or never seen before, but it is the skilful union of various elements that gives life to a real triple A game in virtual reality, the first of its kind: a decidedly formula winning. So far the world of Oculus, Live, Windows Mixed Reality and whoever has more, more of them, lived on "experiences", "tech demos" and similar projects. Short games, castrated in certain aspects, limited, purely visual, this is what the virtual reality market is made up of at the moment, without detracting from titles that are still very valid. Games such as Robo Recall, Lone Echo, Arizona Sunshine, No Man's Sky (although not born precisely for this world) or the gigantic Asgard's Wrath remain essential experiences for anyone with a viewer, possibly also to be placed before Half Life: Alyx itself so appreciate it and understand it better.

The first impact, I must tell you, was not the best, but for a simple reason. At the end of the initial load you are in front of City 17, more precisely on a balcony, and for a person like me, who suffers from vertigo, it is a decidedly bad feeling. I have already found myself in high places during my VR gaming sessions, but having that panorama in front, with Striders walking on the roofs, a gigantic metal coffin not better defined in the distance in the sky and a more than good graphic rendering they made me back away from fear. After the initial estrangement, obviously I started playing with anything that happened to me. Cans, bottles, bricks, vases, everything has a physics and the objects interact with each other in a convincing and realistic way. Do not expect to do everything literally like in Boneworks, but here we return to the main speech: the product created by Stress Level Zero is basically a tech demo, and the title itself jokes about this thing. Alyx is a complete game, that's where the difference lies.

The first thing to do is get familiar with the movement controls: Valve has clearly tested its game and made it accessible to all types of players. For example, I immediately set up continuous movement and lateral movement, using the teleportation system very rarely, but this is a system that could easily provide motion sickness to other people. In this case you can use the teleport movement system as well as it lateral movement in jerks, whose angle can be adjusted. It is also feasible to play sitting or standing, as you prefer, no choice is better than the other since everything is easily adjustable from the settings. We begin to step into the shoes of Alyx, a character in the series already seen in the second chapter, and especially in its history. Following a Combine raid, Eli Vance, Alyx's father, is captured. Ours is the task of saving him, thanks also to Russell's splendid gravitational gloves. But don't compare them to the Gravity Gun, they don't work the same way.

The gloves supplied to the protagonist are extremely functional to the game, since they allow you to move as little as possible when we have to collect some objects, ammunition, treatments or other. Just point with your open hand towards something, close it and make a slight movement of the wrist in order to pull what you need towards us: definitely a great saving of energy. Together with the gloves created by the weird Russell, our Alyx also enjoys a good fire power, even if not excellent. During the game they are in fact proposed only three weapons, which are joined by Garnet, each of which has different charging systems and upgrades. It must be said that the shooting system is well done and the shots are heard, but it is still a quantity of options really reduced to the bone and skinny, and from this point of view I would have expected a little more.

Even the general AI of enemies doesn't shine certainly for inventiveness. Excluding monsters such as Headcrab and the like, whose movements and actions are still consistent with their nature, the same cannot be said of the Combines. Almost always offered in small numbers, they do not even attempt to circumvent us, to regroup or to run away. Most of the time I found myself with subjects who simply wait for you to come out of the cover to fire a few shots and stop, waiting to receive a good download of bullets from us. The narrative sector is completely different, which is always kept on excellent levels thanks to the exchange of jokes that takes place between the protagonist and Russell, safe in her laboratory. Clearly everything is narrated continuously, without any detachment and obviously without any cutscene, as per the tradition of the series. And it's also logical if you think we're talking about a first-person VR title that doesn't actually need it.

A similar discussion can be made with regard to game music, simply perfect and able to give a huge adrenaline rush during the shootings and the most excited moments. Or anxiety when needed. Let's not forget that this is not a "simple FPS": during our adventure we also happen to find ourselves in claustrophobic and dark situations, and I must say that I really appreciated a particular section, to be played in stealth. The point is that, personally, I had never happened to try something like this with virtual reality and, honestly, I would like to have much more! And this is the strength of Alyx, as already mentioned, the ability to combine all the typical elements of virtual reality well, however, taking a step forward and therefore packaging a game done and finished, as they had never seen before. A continuous and inexorable crescendo accompanies you for about ten hours necessary to complete the work of Valve, with very few dead moments and without ever jamming. And guys, the ending. My god what is that ending. I can't tell you anything, of course, but know that if you already wanted a Half Life 3 before Alyx, after finishing the game the wait will become even more spasmodic. And this time there also seems to be some hope, given Valve's statements. A title simply essential for lovers of the series and for anyone with a viewer. As already mentioned in mine previous article, you don't have to shell out huge sums to be able to enjoy it. As long as you already have a good PC (we are talking about a title that needs at least an i5-7500 / Ryzen 5 1600, 12 GB of RAM and a GTX 1060 / RX 580 - 6GB VRAM to work) you can also recover an Oculus Rift first version, which is the model in my possession, and play it.