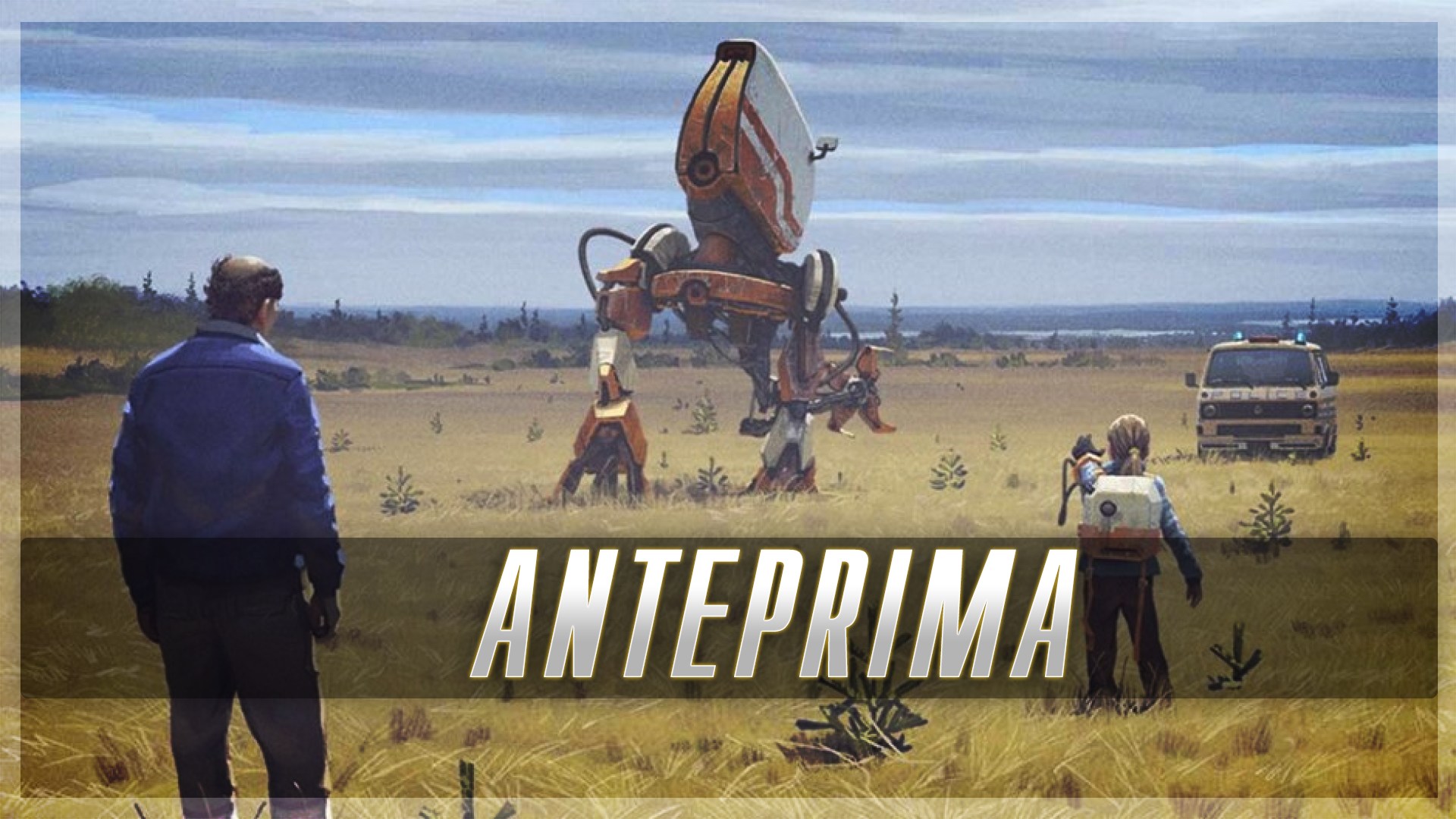 During these days of isolation I had preview access to three episodes of "Tales from the Loop", the new Amazon Prime series inspired by the works of the eclectic artist Simon Stålenhag.

Stålenhag's illustrations combine sci-fi elements with the traditional aesthetics of Swedish country houses to represent an alternative past, a timeline in which the discovery of the "magnetrine effect" in the XNUMXs led to an impressive technological leap. With this premise, the eighties are reconstructed, with many of the common places that we all know, but conditioned by an incredibly advanced technology: as incomprehensible for us as worldly and obvious for the protagonists. This idea has already been the basis of a popular role-playing game, and has now inspired the series Nathaniel Halpern. The work will arrive in full on Amazon Prime on April 3, each episode is functionally self-contained, and the three previewed (the first, the fourth and the sixth of eight), address universal themes such as identity, loneliness, death .

Mark Romanek directs the "pilot" of Tales from the Loop, and has the difficult task of introducing the viewer to this strange and wonderful world. The first scene opens on Russ Willard (Jonathan Pryce), brilliant scientist and director of the experimental physics center of the imaginary city of Mersa in Ohio, who tells us about the "Loop", the particle accelerator housed in his laboratory, and how it affects the lives of all inhabitants of the town. From here on, the focus shifts to a little girl (Abby Ryder Fortson) who returned from school to find that her mother and the house where they lived have disappeared. Understandably shocked, she starts looking for her, ending up meeting many of the protagonists of the series, and in the end she will have a particularly enlightening encounter with another scientist, Loretta (Rebecca Hall), which will explain what is happening. We already discover in this episode that the Loop is able to upset spacetime, but we are not told how or why. This choice makes explicit the spirit of the series, which does not originate as a sophisticated Socratic exercise of "what if", but is more interested in examining the humanity of the characters who inhabit this world. 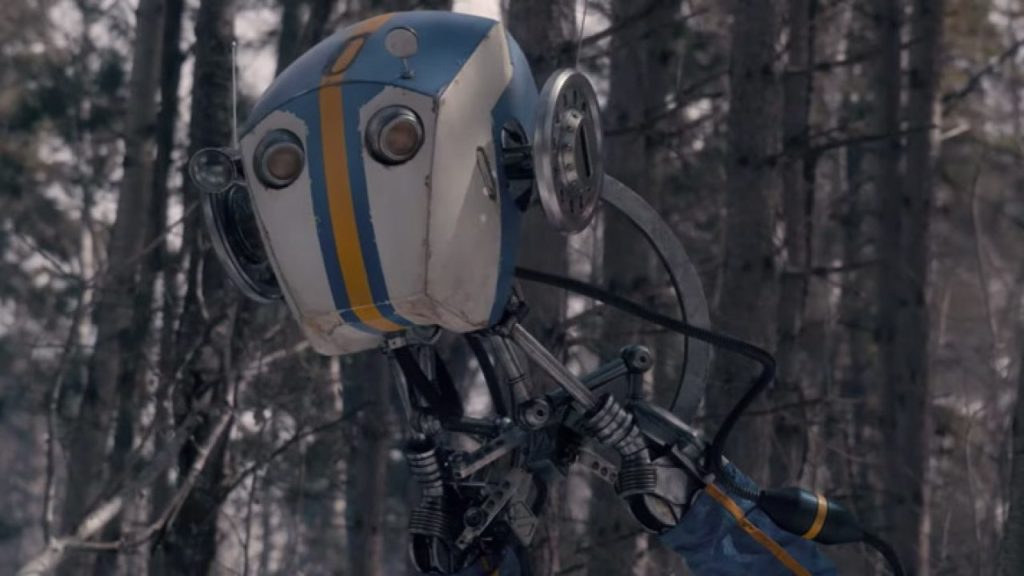 The fourth episode opens again on Willard, this time walking through the countryside with his grandson Cole (Duncan Joiner); the two approach a strange metallic sphere, and Russ explains to his nephew that if he yells into it, the echo will reveal how much he still has to live. Cole screams "Hello" and is heard by six different voices representing various moments of his future life, and Russ tells him that he will live a long time. At this point Cole insists that his grandfather also shout in the sphere: Russ is terminally ill, a revelation that initially seems to disturb his family more than he does. Gradually his anxieties will take shape, and he will begin to torment himself for having spent so much time away from his loved ones, and for how one day at a time all his life has passed before him without even realizing it. The melancholy music, the soft lights, the magnificent shots of Andrew Stanton make the experience truly dramatic and touching, for Russ and for all those who love him, especially Cole, who finds himself very young having to give meaning to life and death . 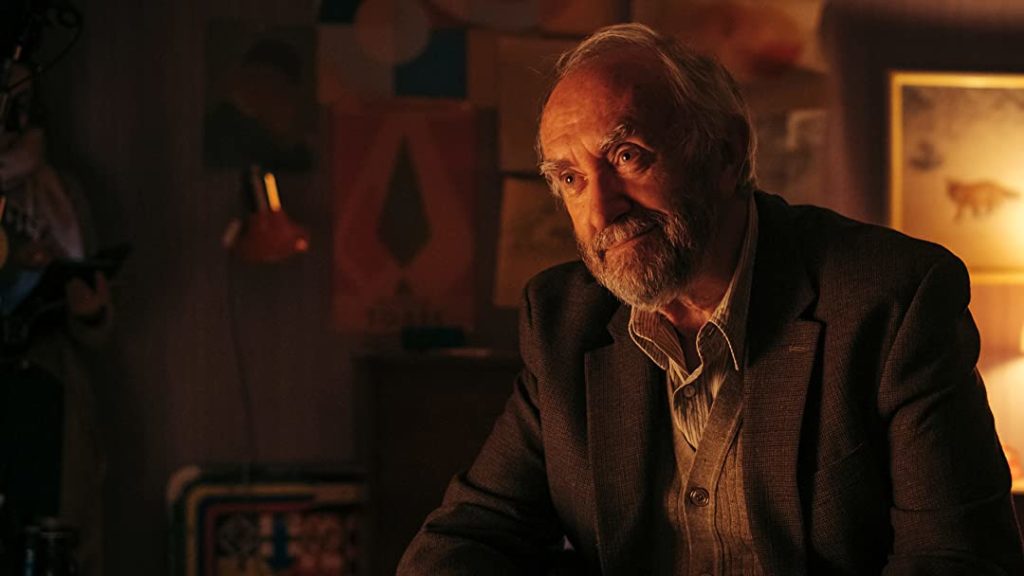 The last episode of the three is centered around Gaddis (Ato Essandoh), member of the Loop security service, undeclared homosexual and very lonely. After repairing a tractor that mysteriously appeared on his property, he begins to drive it and ends up in an unknown area. When he goes down to ask for information, he finds himself in front of another version of himself. After the initial shock, the "clone" invites him to stay there until they understand what happened and introduces him to his partner, a very charming man for whom Gaddis soon begins to feel a profound attraction, so much so that he considers betraying the trust of the his alter ego. The triangle that emerges is surprisingly deep and intriguing, and poses numerous questions about what really makes us "us", as well as opening a glimpse into the deep existential anguish of the protagonist, who fears being condemned to remain alone for life. 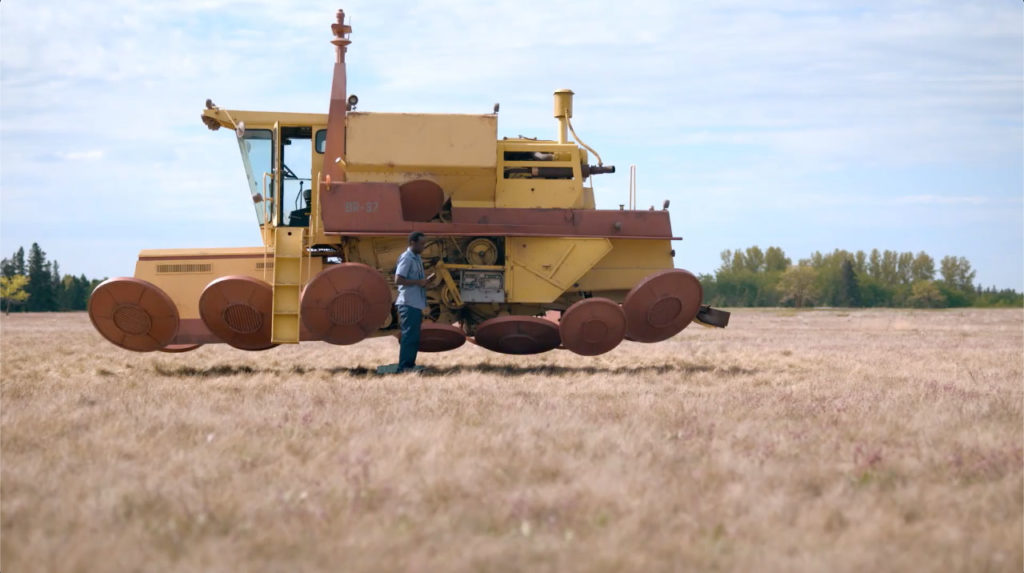 Tales from the Loop promises to be a magnificent series with attention to every aspect: the verisimilitude of the dialogues that never expire in the "explanation", the expressive power of the shots that tell even more than the script, the incredibly evocative soundtrack and magnificent retro science fiction scenographies, the cinematic times that do not feel the need to continually prod the viewer . But above all he can boast of excellent performances: above all those of Jonathan Price, really poignant in his episode, and of Ato Essandoh, who manages to hold up 50 minutes on stage speaking mainly with himself. It is difficult to talk about the world building of the series without seeming reductive, because the technology is so extreme that it is treated as if it were pure magic, the protagonists themselves seem almost insensitive to the absurdities with which they have to deal, so much so that they are catapulted into another Dimension becomes a topic of conversation like any other while having lunch. This because in the shadow of incomprehensible machines and mathematical formulas the real protagonists remain human beings, with their insecurities, their suffering and their hopes.

Life is Strange, the TV series has not been canceled. Here are the news

The Lord of the Rings, release date and first photo of the Amazon series

Andrea D'Amely - 24 September 2021
Although several years have passed since the announcement on the animated film focused on Super Mario (which sees the collaboration of the Illumination Entertainment studio with Nintendo), in the ...