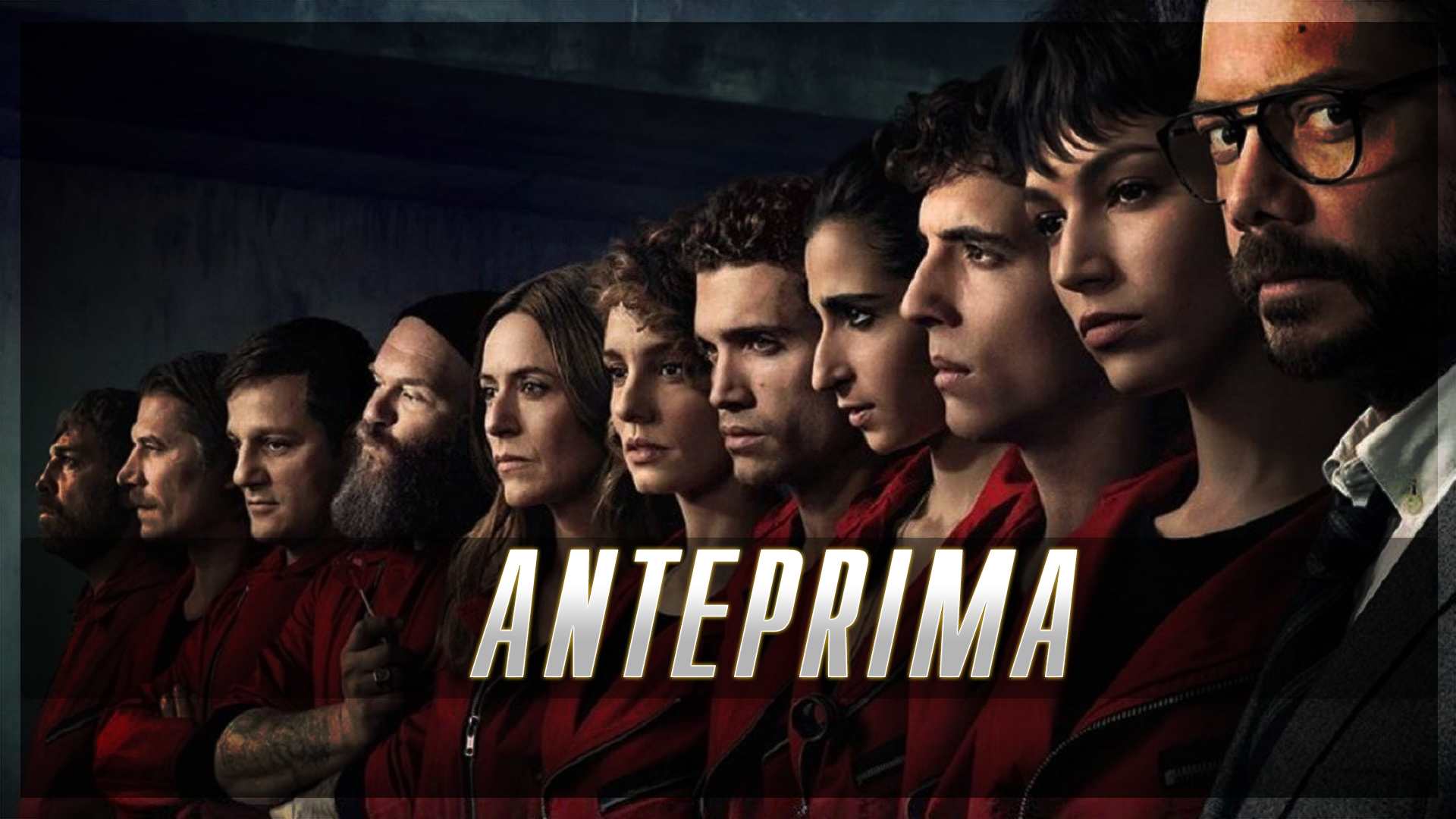 The house of Carta continues its victorious path to success with an exciting fourth season. The Spanish series, born in 2017, continues its journey with a season full of twists and suspensions, but also seasoned with some small imperfections. I was lucky enough to be able to watch the first 5 episodes thanks to Netflix. So read to know some details about the series coming out on April 3th.

Do you remember the end of the third season? No? Well, then I provide you with a little review, necessary before going into the plot of the next series. If you haven't made it this far, I advise against continuing to read this preview as there may be spoilers. You are warned.

The gang is struggling with a new shot and this time four members join the group: Marseille, Bogota, Palermo and Lisbon (the former police officer Raquele Murillo). The goal, as in the previous theft, is to take possession of the gold of the Spanish national bank, always trying to avoid unnecessary bloodshed. The blow, however, fails as desired and several problems put the group in trouble: Nairobi, thanks to a clever stratagem of the "ruthless" agent Alicia Sierra (Najwa Nimri) who involves her son, is hit by a sniper and is dying. The Professor and Lisbon instead are intercepted by the police, and Lisbon is apparently executed, generating in the Professor a large complex that leads him to make a drastic decision: to respond to violence with violence.

This is the prelude that leads to the fourth season. The paper house - Part 4, in fact, begins in total chaos: The Professor is convinced that Lisbon has been killed and wants to take revenge, Rio and Tokyo have destroyed an army tank with a rocket launcher and Nairobi finds himself fighting between life and death. This is probably one of the most stressful and terrible moments for the criminal gang, and therefore the only way to not appear completely vulnerable to the police is to request a small respite between both sides and to study solutions in the short span of time to try to stem the problems and emerge winners. However, despite the apparent period of calm, a new formidable threat seems to be looming over the group, and this time the Professor can only be a moral support. 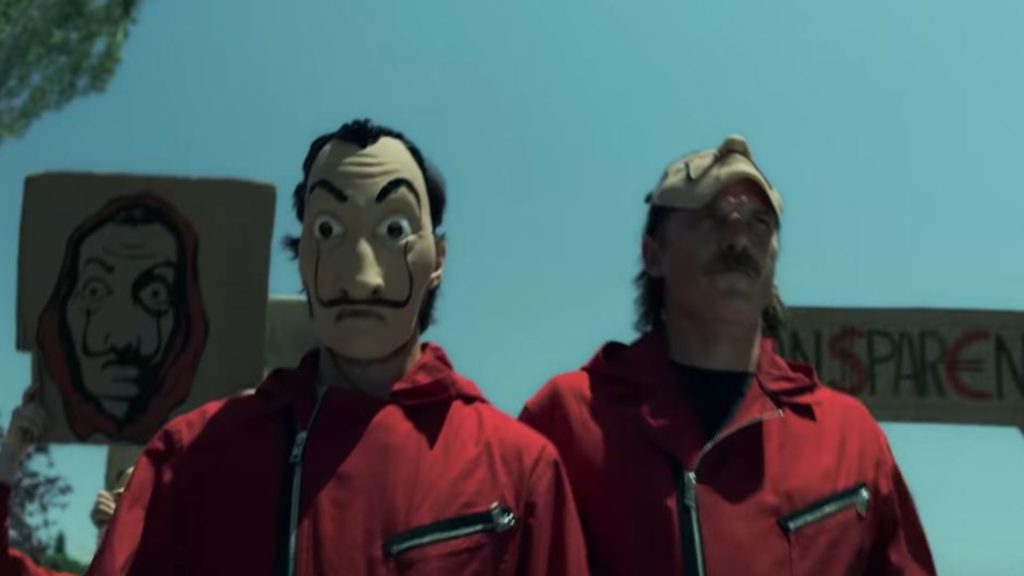 The fourth season of La casa di carta, from these first five episodes, brings out one of the characteristics that have often been noticed during the previous seasons: the constant tension that sometimes leads to situations so absurd to make the visual work seem paradoxical. I can't go into too much detail, but you can already understand in some scenes of the first episode what I'm referring to. Furthermore, although the nervousness and anxiety of the characters is palpable, the addition of some elements, including the continuous moral dramas, do not help the viewer to empathize with the new protagonists, and therefore the viewer will tend to "cheer" only the characters which he has actually become attached to over the years.

Obviously the series is not only focused on action and anxiety, there are also comic moments of detachment and some, unexpectedly, will seem a real message of love even towards our nation (although, honestly, you may feel slightly embarrassed when you see them). 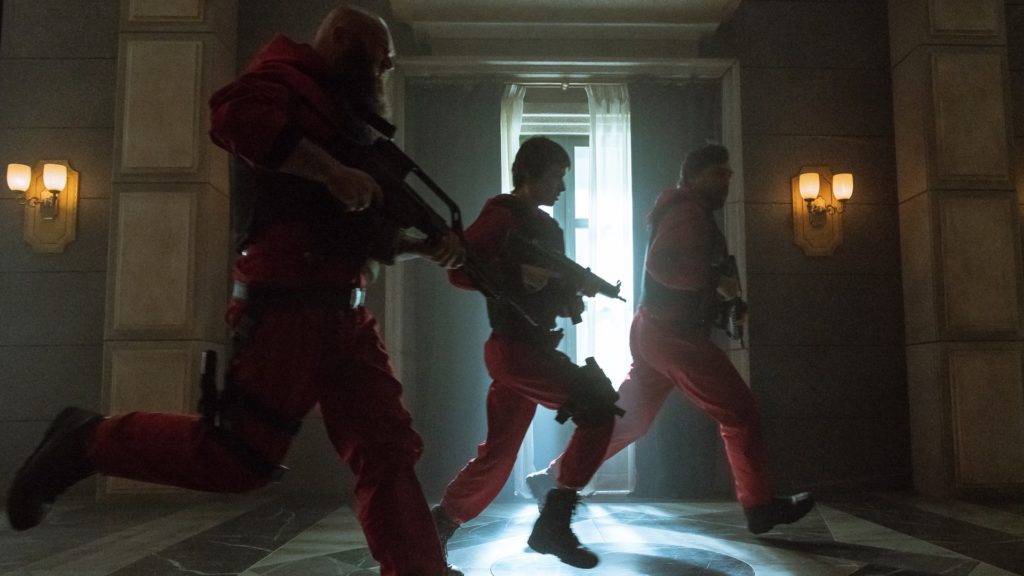 Although I was only able to watch the first five episodes, it is interesting to note how in this fourth season storylines were worked better of some elements of the band, better explaining some dynamics that, previously, had not been clarified. Some strictly current issues, such as the drama of post-traumatic disorders, are explored, albeit in a somewhat confused way.

So this season will actually be the end of the paper house? We are not aware of it, at least for the moment, but most likely this will be the terminus of the adventures of the Professor's band, although some rumors certainly led to the start of a fifth series shot in January, which did not happen . In a tragic moment like this, with people forced to stay home for the quarantine, given the emergence of the Coronavirus, I still feel I am rewarding the work: although there are moments that could make you turn up your nose, a little for the trash and a bit as absurd as certain situations can be, I still found theEntertainment placed by Netflix in those about 44 minutes per episode. I remind you that La casa di carta - Part 4 will be available on the streaming portal - obviously with the complete series - starting from April 3th.

Life is Strange, the TV series has not been canceled. Here are the news

The Lord of the Rings, release date and first photo of the Amazon series

Monster Hunter: Legends of the Guild, here is the trailer for the Netflix movie