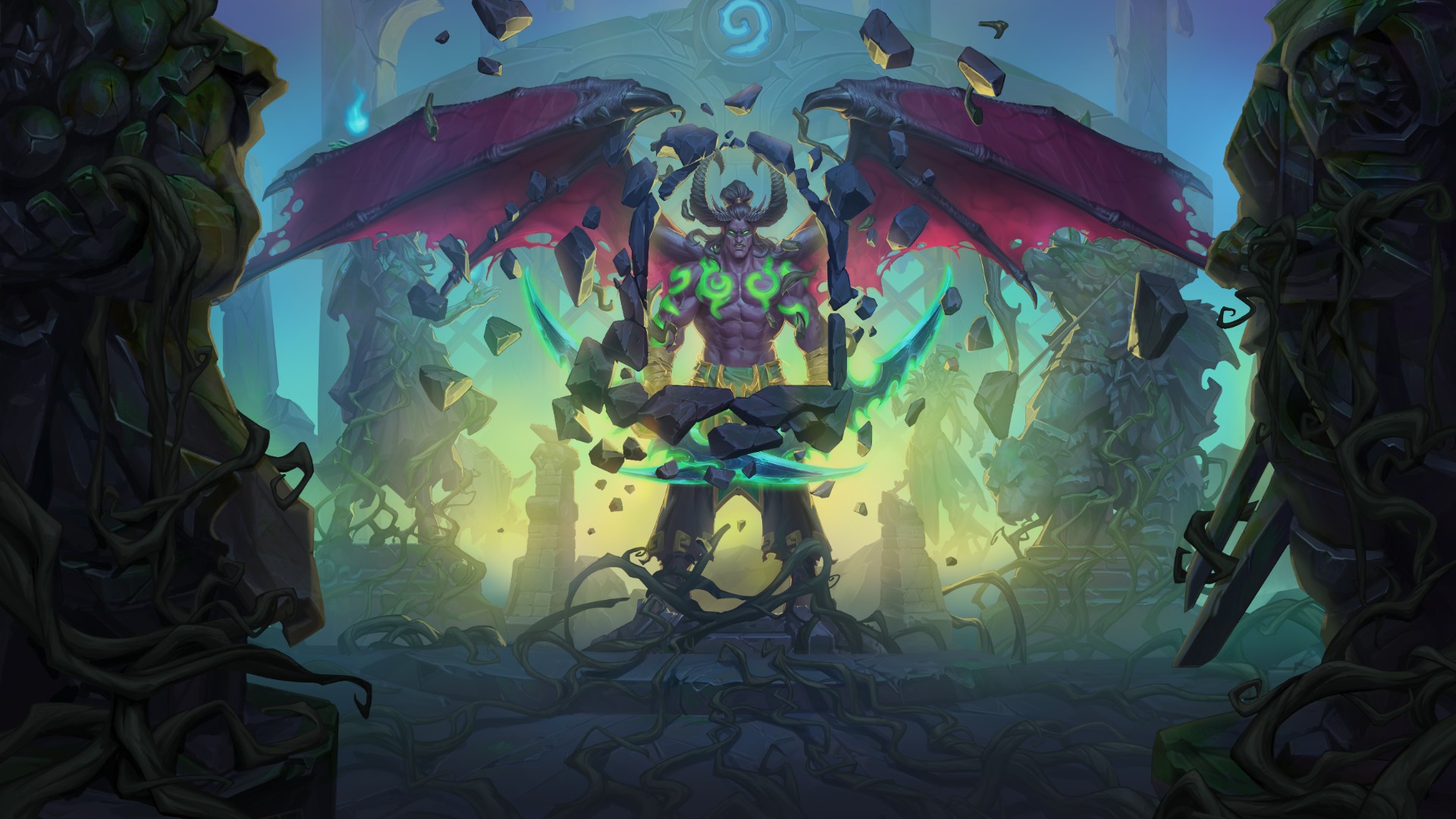 There are just a few days left before the new expansion of Hearthstone Outer Lands Ashes, and on the card game of Blizzard the changes have begun.

In fact, for some days now players have had to say goodbye, at least for the Standard format, to the legendary Leeroy Jenkins, which along with other cards from the Basic and Classic packs has been moved to the Old Glories.

But for a legend that goes away, another legend comes. From today April 3 is available a short adventure of four battles, at the end of which a new class will be unlocked, the Demon hunter.

And who better than Illidan could he be the hero designated to represent this new class? The adventure traces the history of the origins of the brother of Malfurion, his fascination with demons and his betrayal.

These cards will be usable from April 7, day of the release of the new expansion and the standard rotation.