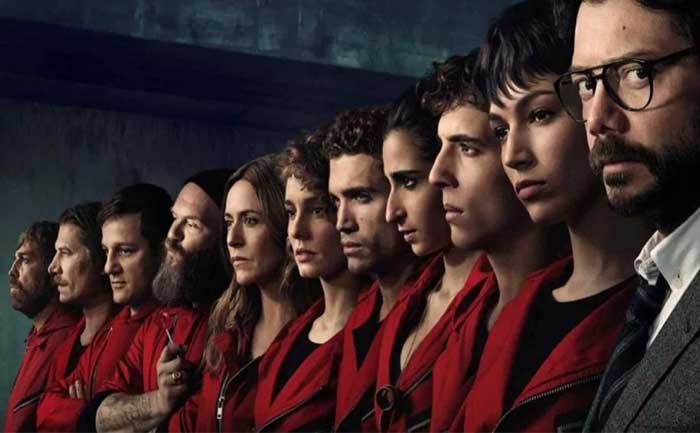 From the moment of the launch the fourth season of “The paper house”Has received so many requests that it becomes the most watched streaming series in the world. Parrot Analytics collected the data of the platform concluding that in the two days close to the release the show received 31 times the visits of the media TV series, even going beyond giants made in USA of the caliber of The Walking Dead o Westworld.

Also confirmed the growth compared to previous seasons and the extreme global popularity, the show went very well in Europe, Asia and America. Alejandro Rojas, director of Applied Analytics at Parrot Analytics expressed himself commenting on the stratospheric success:

“This is a milestone for a Spanish production. Since the series' debut in 2017 and even before Netflix added it to its catalog, Parrot Analytics has collected higher than usual data not only in Spain, but also in various international markets. Clearly the creator of the Álex Pina series has found an effective way of connecting different audiences of various languages ​​and cultures. Once we got to Netflix, the visits increased every season, and Netflix capitalized on the strong demand and exploited its international reach to turn the series into a true global hit. "

Pokémon Presents, a new livestream will be broadcast tomorrow on the official channels

Piermatteo Bruno - February 25 2021
After last week's double offer, the Epic Games Store returns to offer only one game for this week, taking us into the dark meanders of the ocean with ...
News

Pokémon Presents, a new livestream will be broadcast tomorrow on the official channels

Di Sarno Raffaele - February 25 2021
In the past few hours on the official social channels of Pokémon the arrival of a new Pokémon Presents has been announced, a direct completely dedicated to the brand ...

Snowpiecer, unveiled the trailer of the series based on the film by Bong ...