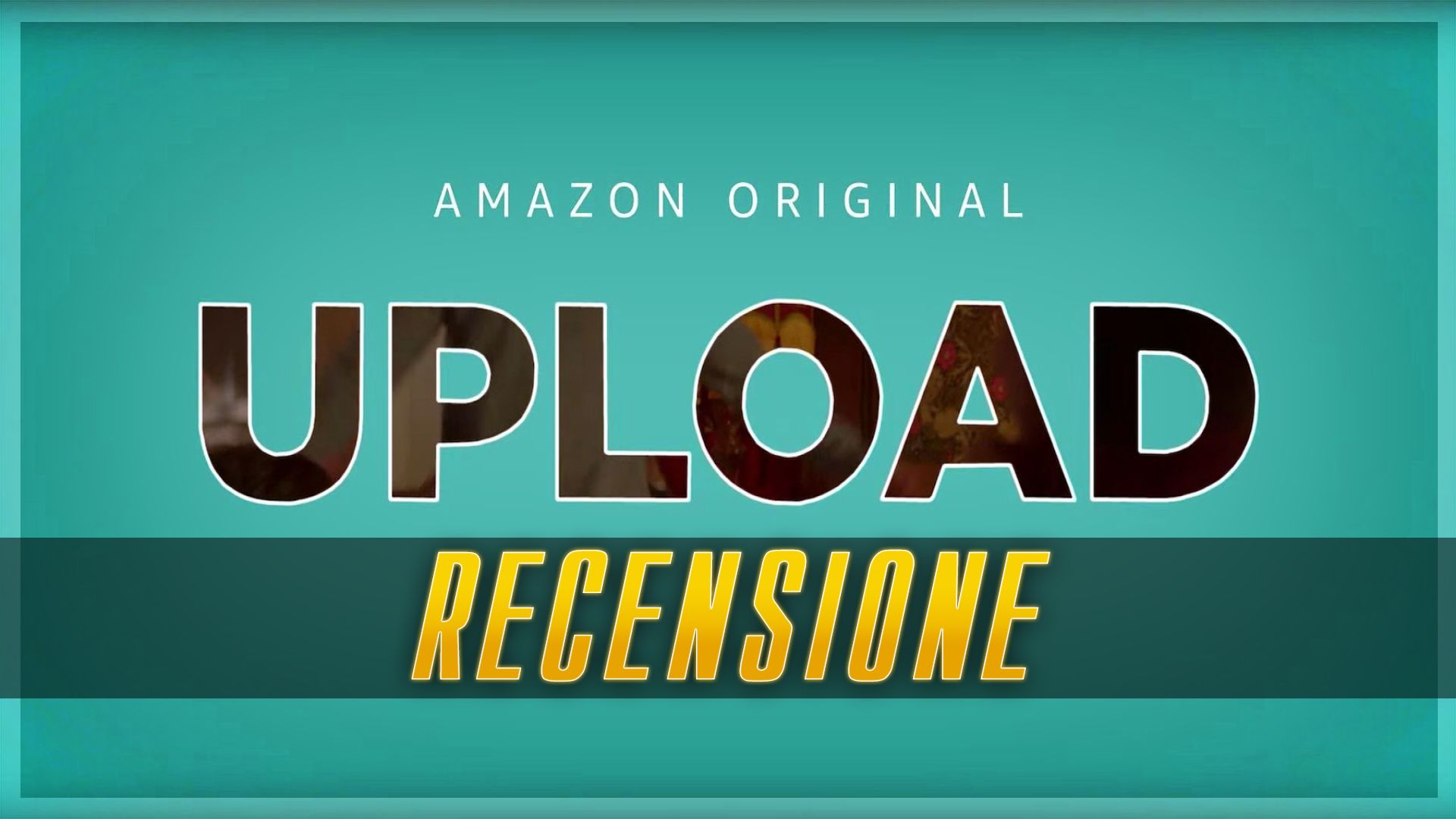 Upload is the new creation of Greg Daniels, already among the creators of: The Office (USA), King of the Hill e Parks and Recreation; who also personally wrote and directed several of the ten episodes of this first season. The series is set in the United States of 2033, a period in which the combination of advanced technology and unbridled capitalism exacerbated the social divide between rich and poor: employees increasingly harassed and controlled on the one hand, increasingly rich and inhuman masters on the other . A central role in this dystopia is played by afterlife, that is the technology that allows you to "scan" the consciousness of an individual, with all his memories intact, and transfer it within a virtual reality. Basically eternal life, but only for those who can afford insurance or pay it out of their own pocket.

The first character of Upload we meet first Nora (Andy Allo), lives and works in New York, where she is employed by one of the largest afterlife firms. Shortly after we know Nathan (Robbie amell) handsome IT technician and passionate about his job. Nora desperately tries to get better ratings at work, she needs the employee discount to afford a place in "paradise", not for her but for her father, who suffers from "Vape-lung" (they all said it was safer but then the Education). Nathan comes from a poor family, but is engaged with a high society girl, Ingrid (Allegra Edwards), which seems to treat it more as an accessory than as a partner. All in the "norm" until halfway through the car with Nathan's autopilot crashes him straight into a truck. He is taken to hospital, both lungs collapsed, and apparently medical science has not made much progress, because he is immediately proposed to be transferred to afterlife to save himself. Encouraged by Ingrid he accepts. So after a scan he is projected to Lake View: virtual reality of the company for which Nora works, who will be "the angel" of Nathan, a sort of digital servitude.
Here he begins to explore a new existence based on microtransactions. In addition to monthly payments, in fact, residents are required to pay money for any extras: food other than usual, elegant clothes, activities; pretty much anything other than walking along the lake or sleeping. This obviously is a not insignificant burden for relatives left alive, who now find themselves having to support a person who can potentially live forever, and who is forbidden by law to work, understandably. Once the money is finished, the "uploaded" can opt for a low cost option, with 2 GB per month available, if consumed before the renewal their software will be suspended for the rest of the month. Or they can choose to die. 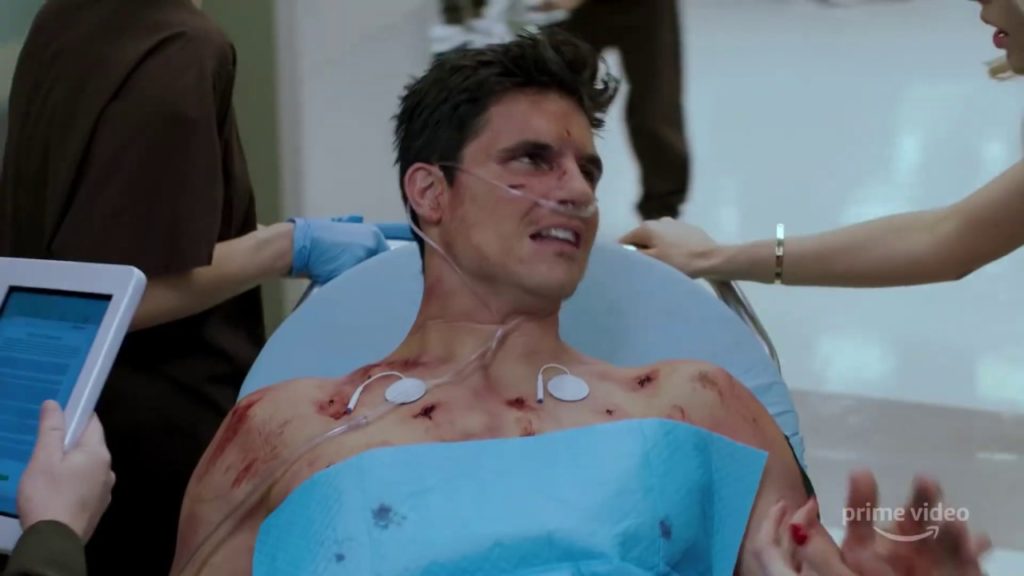 In this universe of contradictions Nathan and Nora begin to approach, becoming friends, while he wonders about his relationship with Ingrid, who comes to threaten him to cut his funds. Nora rummaging through the memories of Nathan he realizes that some are damaged, and cannot explain the reason, he only remembers that before he died he was working on an app whose name escapes him, but probably nothing important.
Lake View at times looks like a Rapture (already a nice little place) that hasn't made it: the less affluent residents are forced to hope in the alms of some rich man or to look for ways to get around the system, with a coming and going of people so alienated who is willing to pay a dollar a minute to get the flu. The opulence of the hotel in which they live is opposed to the skinny and dehumanizing offices in which Nora and her colleagues work under the leadership of a rowdy and incapable manager. The lights also highlight this detachment: the world of Lake View is patinated, fake, it looks like the initials of Dawson's Creek; but reality is much more bleak and gray. In those conditions neither of the two alternatives is really desirable. 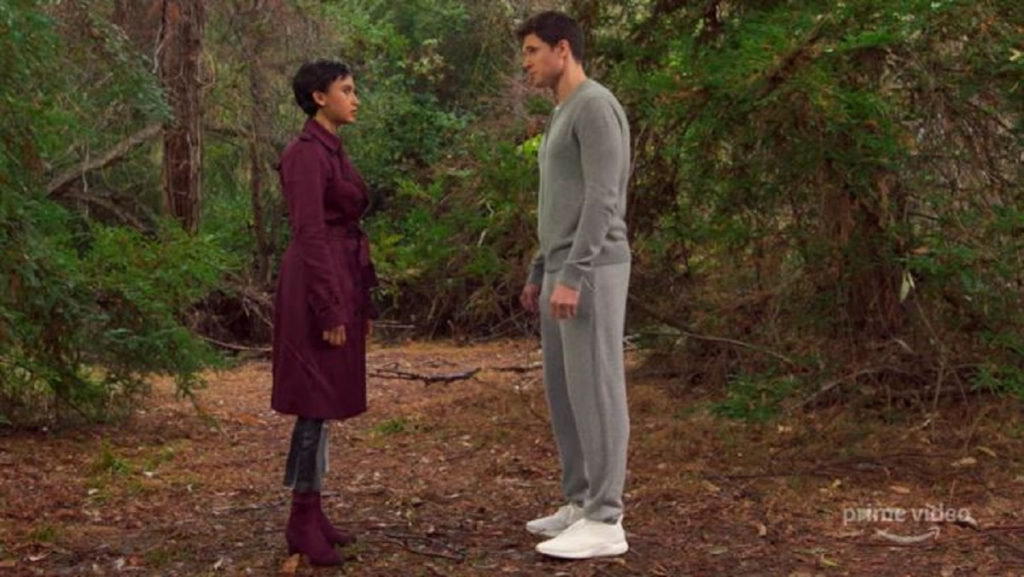 The work done by Daniels to create the world of Upload is remarkable, there are numerous pungent satires of current dynamics brought to the extreme. Children grown up all their lives on "printed" food who don't even know that chicken is an animal and that animals have bones, the integration of microtransactions - a reality well known to gamers - and advertising in the everyday life of uploads, digital sexuality , but also the mere fact that the company managed to market the Afterlife is very disturbing (even if Black Mirror had arrived earlier). Other criticisms instead seem more superficial when not borderline cringe, but globally the characterization of the world is stratified and very interesting. One of the most interesting aspects, and which will probably raise a fair number of criticisms, is that racial tensions do not seem to exist in the world of Upload. Most of Lake View's employees are African American or part of other minorities, but hard and pure racism is no longer able to keep up with the classism that openly flaunts all the "winners" of this company. The show also has an explicit message about women's misogyny and objectification, but the execution perhaps leaves a bit to be desired.
The interpretations are all of a good standard, in particular those of the protagonists manage to convey the profound unease of the world in which they live, and how frustrated they both are at the impotence of not being able to do something to change it. Slightly less successful are the secondary characters, speckled and only tangentially implicated in the narrative, when they do not explicitly act as comic relief by exploiting the absurdity of the situation.

The direction passes from hand to hand during the episodes but the tone is consistent and without particular peaks or drops, perhaps a little slow in the first episode, which lasts almost twice as much as any other, but nothing that really detracts from the quality of the show.
The first season of Upload is the result of a remarkable comic mind, as evidenced by his previous projects, and while proposing some elements already seen in "Black Mirror" or "The Good Place" can be a starting point in uncertain times to reflect on the injustices of the society in which we live, and it looks like an interesting incipit to build a more developed second season on. The series is produced and distributed by Amazon, and will be available on the streaming platform from May 1st.

And there is nothing ironic about this.